Los Angeles is known for many things, but the one thing everyone can agree on is the city is most infamous for its traffic. At X Games 17, traffic really came into play on Saturday as the Rally competition heated up for Monster Energy athletes Ken Block, Liam Doran and Dave Mirra. 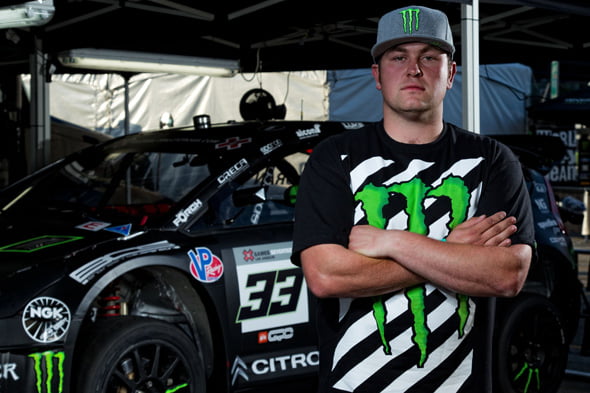 The streets around L.A. Live have been turned into racing canyons with two corners of dirt as well as a 52-foot dirt-to-dirt jump added. The canyons of speed are unforgiving though, with the concrete walls best described by Doran as “hard.”

Doran’s run to the gold medal started with a convincing win in the opening round and was highlighted in the semifinals when he took out Tanner Foust, the fastest qualifier, to guarantee himself at lest a silver medal. 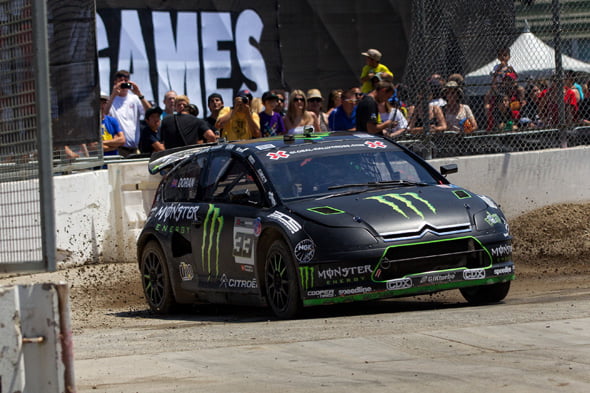 In the finals, Doran dominated the best of three competition grabbing theholeshot in both races and never looking back on his way to the checkered flag.

For Doran the seeding session was rough as he hit the wall and damaged his car. The contact bent his right rear suspension. After being one of the fastest in practice the setback in seeding put things in perspective for Doran.

“The key to getting through these eliminations is to keep the car together,” said Doran. “I learned in seeding that if you push too hard, you can damage the car and end your day. 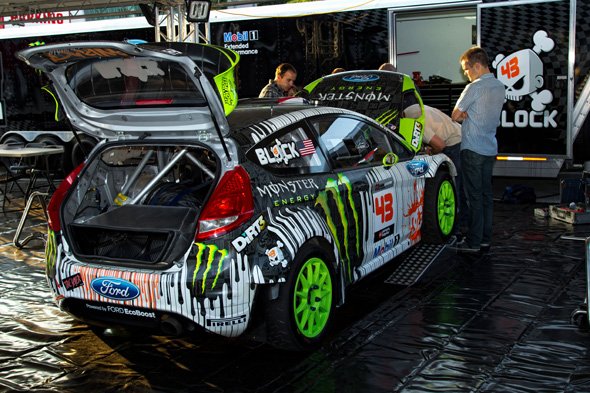 During seeding it was Mirra leading the way for the Monster athletes. And in his first elimination run, his dominance showed beating his competitor by 10 seconds. In the quarter finals Mirra was part of some of the best racing all day as he was side-by-side through the joker section but he was unable to make a pass and was eliminated.

Downtown L.A. wasn’t friendly to Block on Saturday as his engine blew up in qualifying and he was unable to start in the elimination round.  Block isn’t deterred though as he know he has another chance at X Games gold on Sunday in Rally Cross.