Newly added team member, European RallyCross standout Liam Doran, stormed the first day of competition dominating every elimination round including the final in Rally.  Clearly the master of the hole-shot the young Rally Cross prodigy got through the first corner in the lead on every round proving soundly that he was here to battle for gold.  Liam walked away from his first day of X-Games with a gold medal in Rally Car.  On Sunday, Liam again started off well hole-shooting the competition during his first elimination round finishing first.  In the final, Liam once again pulled into the lead only to be taken out in the first corner by contact from last year’s X-Game’s gold medalist Tanner Foust. 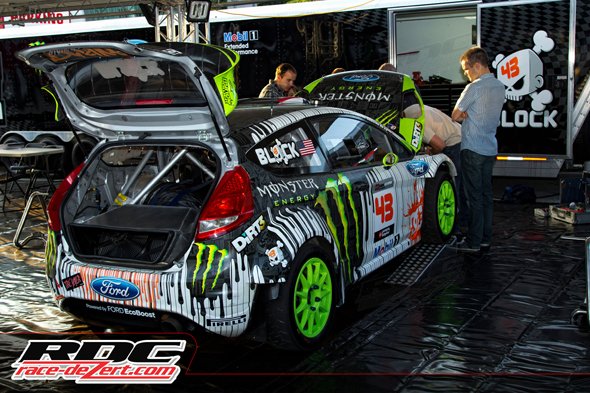 Ken Block was plagued all weekend long with mechanical failures, causing him to spectate more than he raced.  On Saturday, the Gymkhana star lost a turbo during practice and was unable to compete.  After thorough repairs on Sunday Ken was able to finish 2nd in his first heat driving fast and smooth.  During his next round Ken lost his turbo again, bringing an end to his X-Games effort.  Although thoroughly frustrated, Ken stood by to lend support to his Monster Energy Team mates; Liam Doran and Dave Mirra. 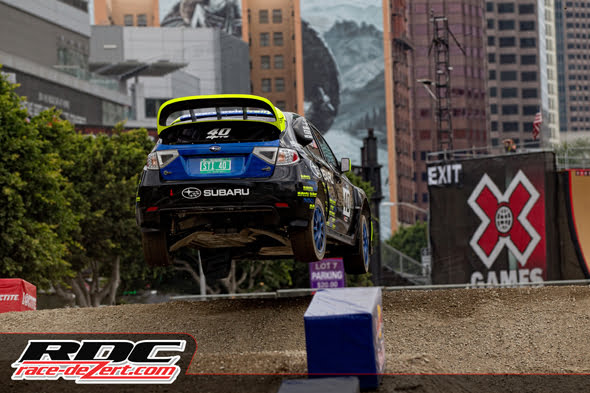 Dave Mirra drove consistently all weekend showing continued improvement to his rally skills.  On Saturday, Dave managed to win his first elimination round then lost his second round to Subaru teammate rally champion David Higgins, who went on to capture the bronze medal.  On Sunday, after finishing behind Marcus Grönholm and Ken Block, Mirra went straight into the Last Chance Qualifier which he won beating out Robbie Madison and Michael Jernberg.  In the final round Mirra drove smart staying out of trouble with the front pack and managed a top 5 finish.