In the past few months the status of short course in the midwest has been at a whirl wind. Back in March the three midwest tracks, Crandon International Raceway, ERX Motorsports Park and Bark River all banded together and decided to part ways with TORC and attempt to put on their own series. 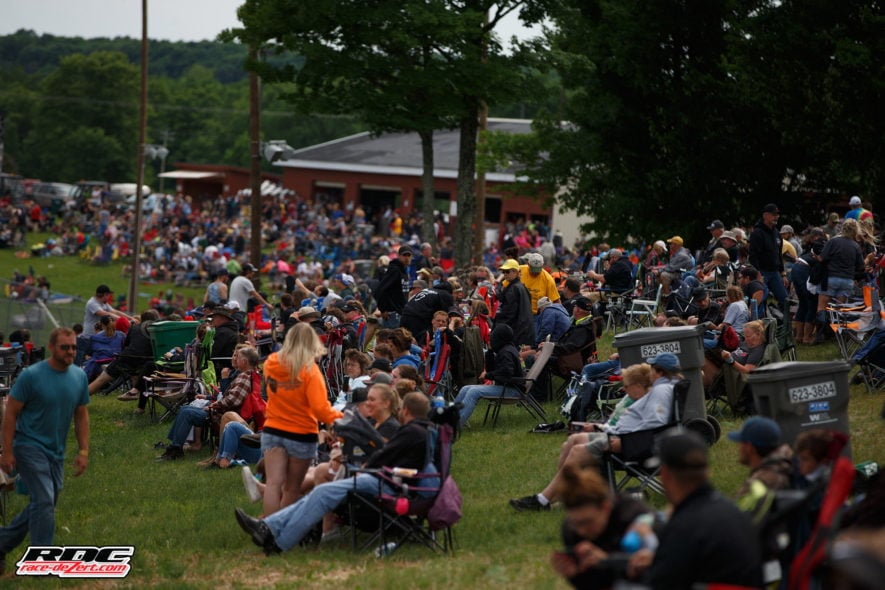 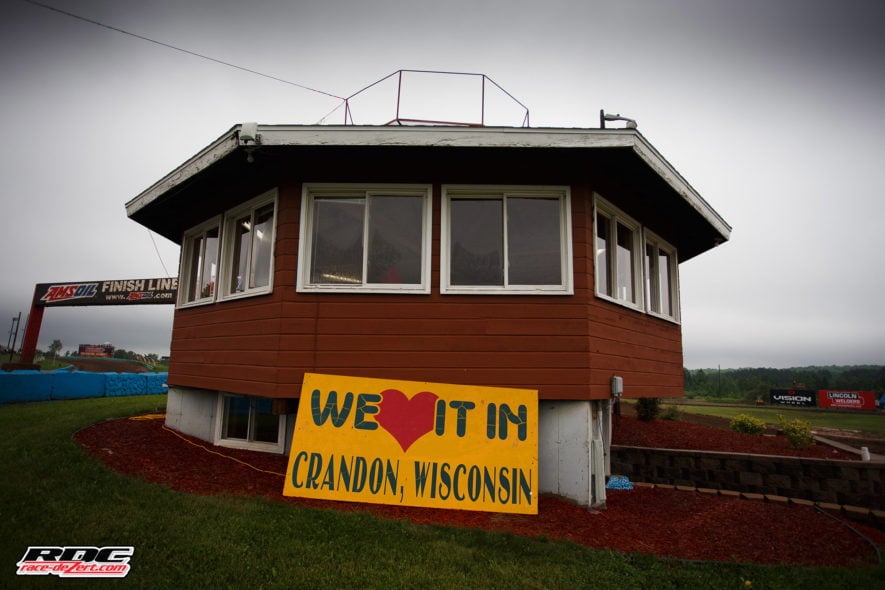 Lucas Oil saw the opportunity to have one united series and helped the three tracks create the newly formed Lucas Oil Midwest Short Course League with the goal to have one nationwide short course series in the future.

The first event went down this weekend in Crandon for the 25th running of the Forest County Potawatomi Crandon Brush Run pitting the Pro 2’s and Pro 4’s together for the last race of the weekend. 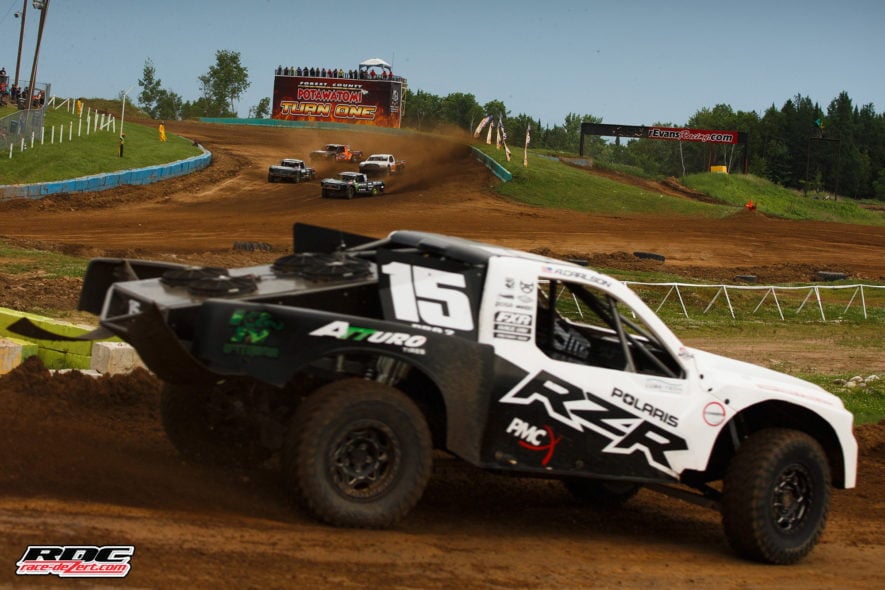 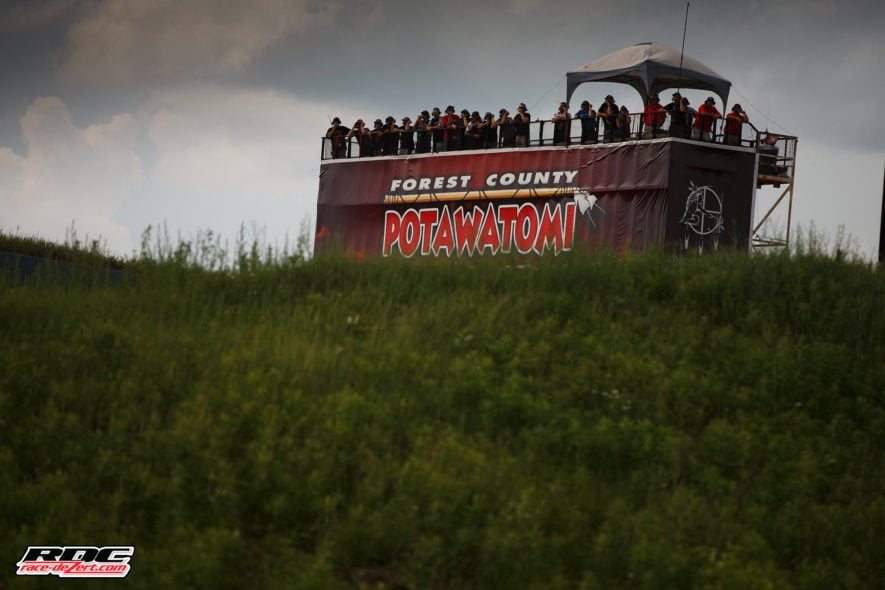 Mother nature threw everything it could to spoil the opening weekend for Lucas Oil’s return to Crandon with rain and lighting all throughout the three days. Over 7” of rain hit the track between Friday morning and Saturday night but the experience track crew in Crandon gave the racers a muddy but raceable track when the rain would stop and the officials at Lucas Oil kept everything running smoothly. 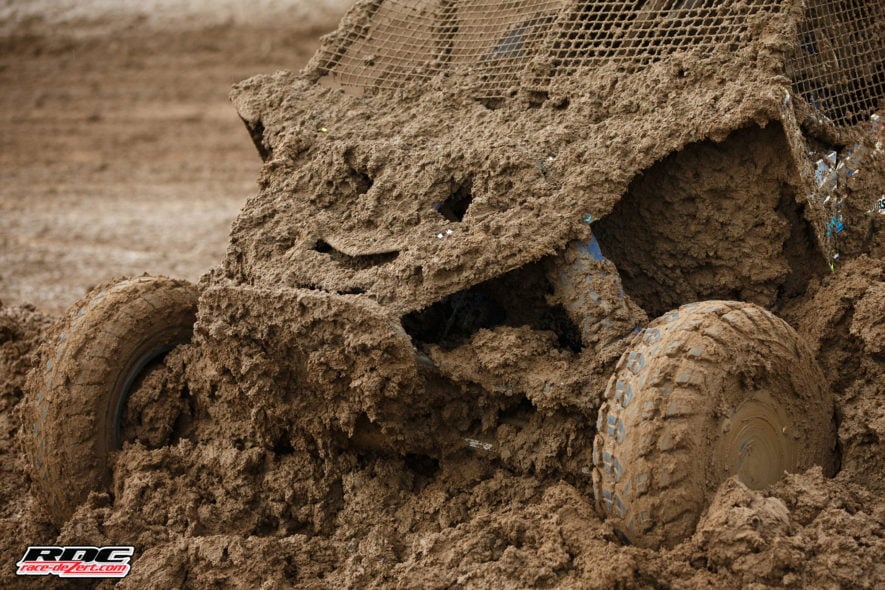 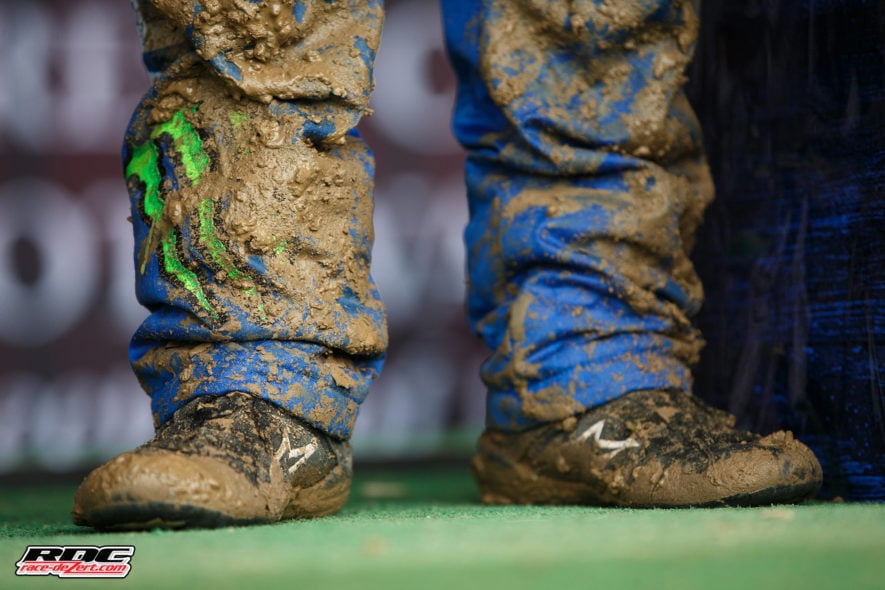 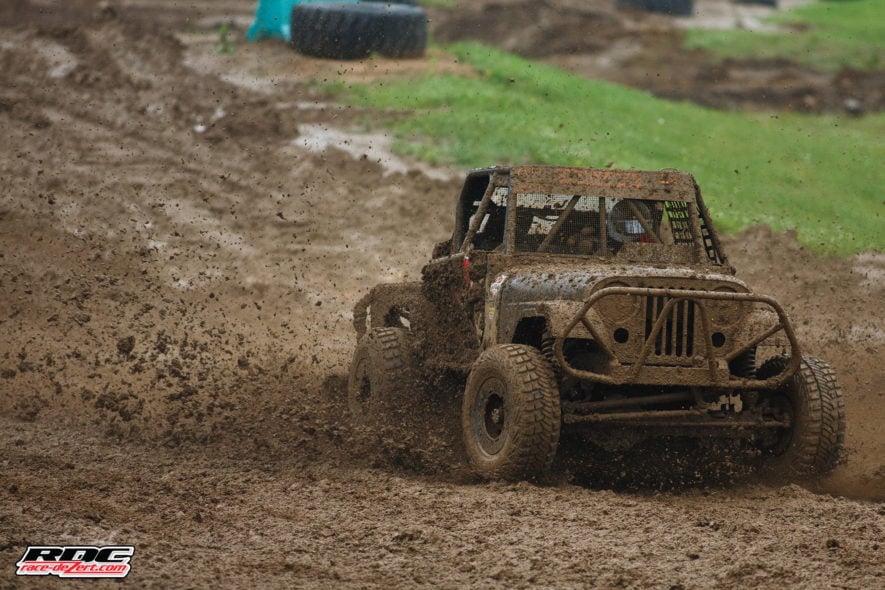 By the time Sunday rolled around the sun was out and temperatures rising the track started to look like the track of old and towards the early afternoon the track crew even had to water the track between races. The weather had one more trick up their sleeve though as thunderstorm warnings started popping up that were supposed to hit the track in the early evening.

With the forecast the Lucas team and track crew speed up the times in between races and were able to get the cup race in just in time with as soon as the podium was finished the skies opened up with the heaviest rain all weekend with lighting and tornado warnings. 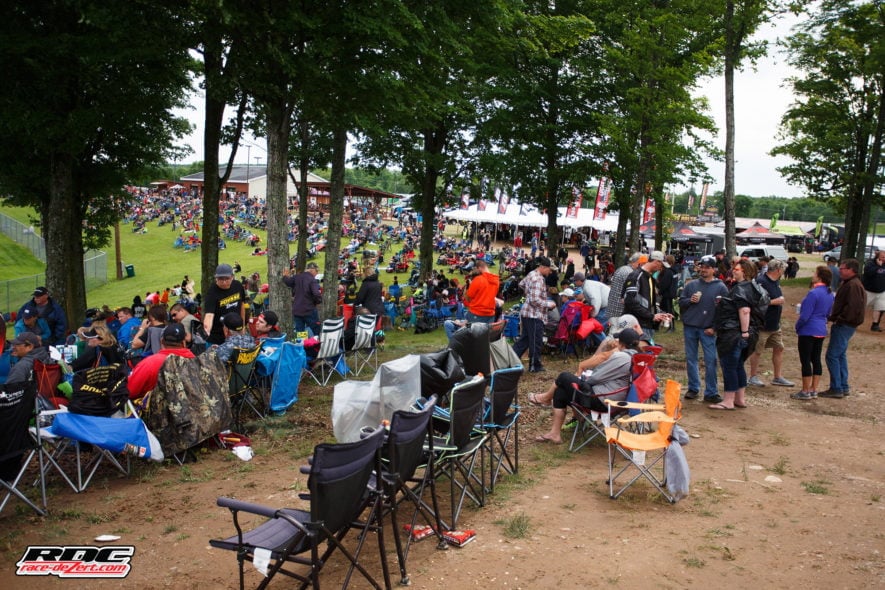 Overall the weekend was a success with Lucas Oil and Crandon showing that they can work together to put on great racing for the midwest teams. There were a few issues which was expected with the two sides only coming together only a few months before but they were small ones and going into ERX next month should be a none issue. Change is hard for everyone on both sides but we are headed in the right direction to finally have one strong unified nationwide short course series.

Here are some more of our favorite photos from the weekend we hope you enjoy them!

Saturday the Pro Stock UTV class got the worst of the weather as they started out with a dry track expecting a clean race but right as the race started the clouds just dumped rain on them. CJ Greaves who won the race lost his tearoffs on lap two and you can see the results here. 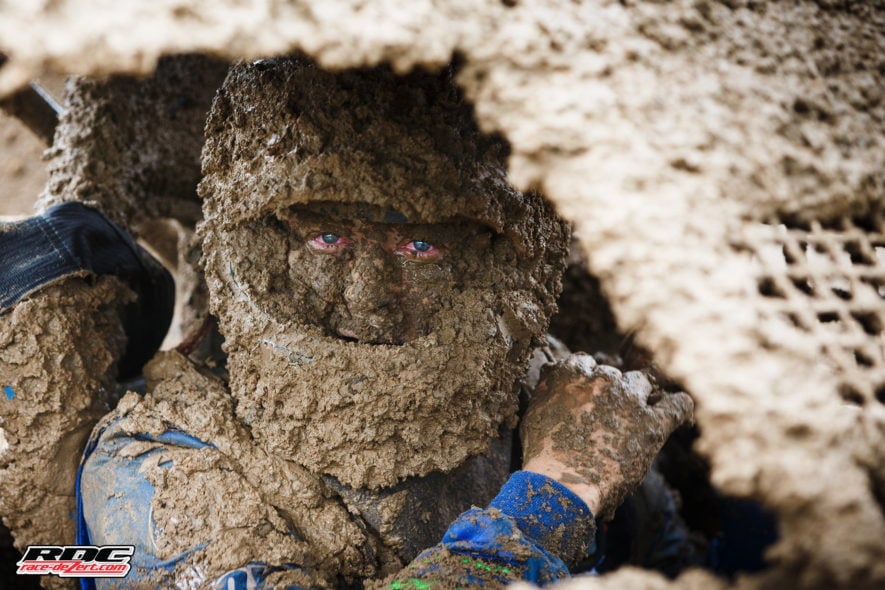 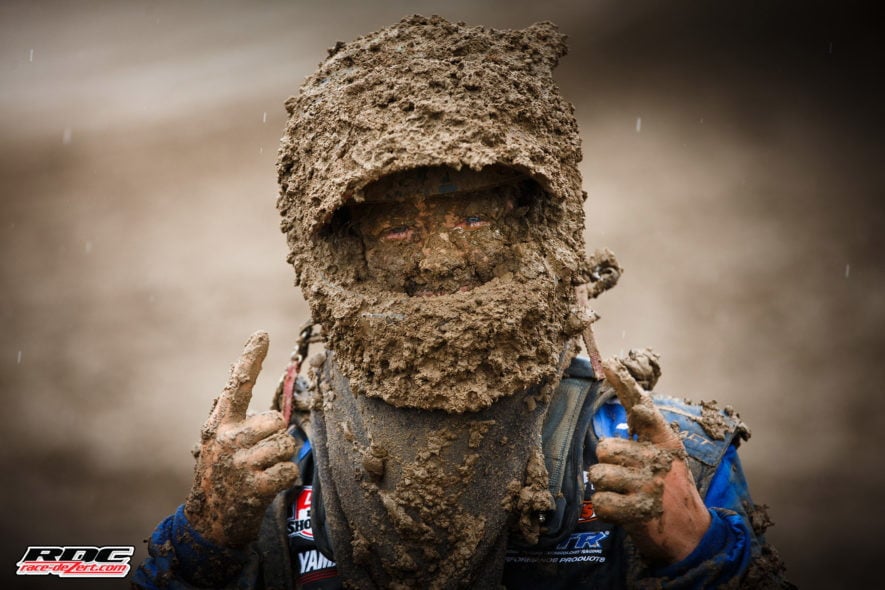 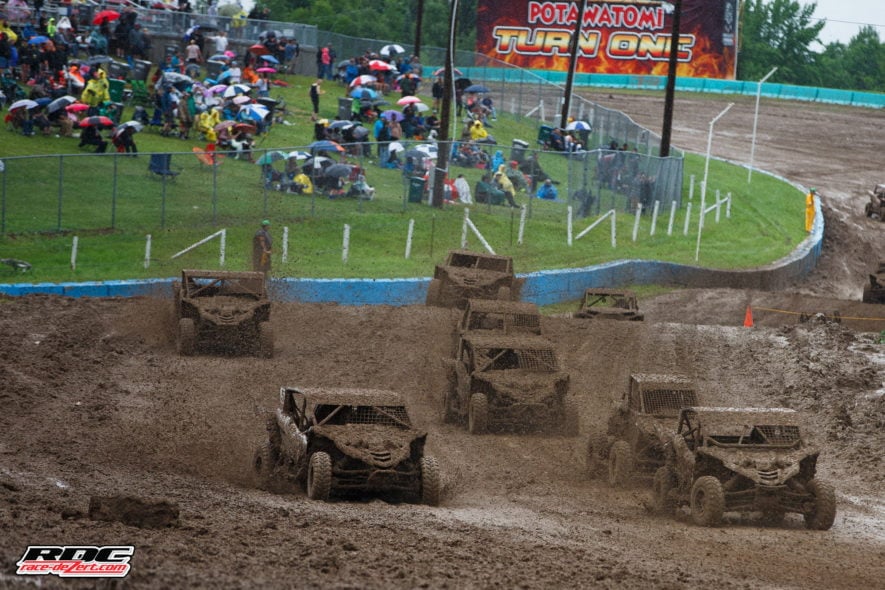 Johnny Greaves would end up winning his 6th Brush Run Cup race after getting around all the Pro 2’s on Sundays Cup race. 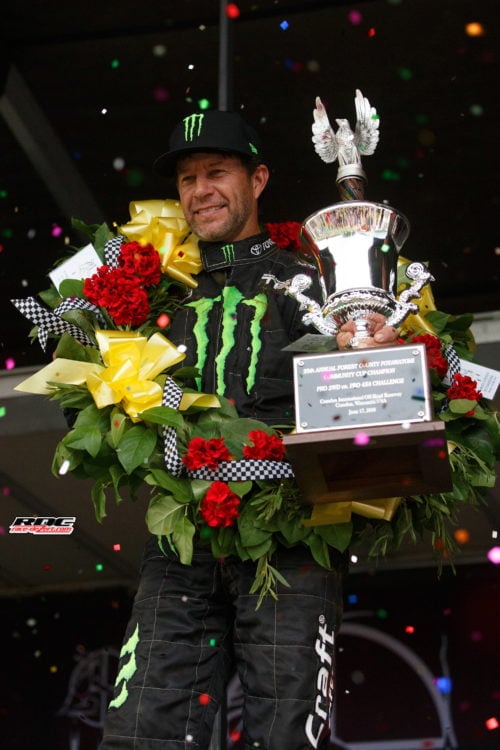 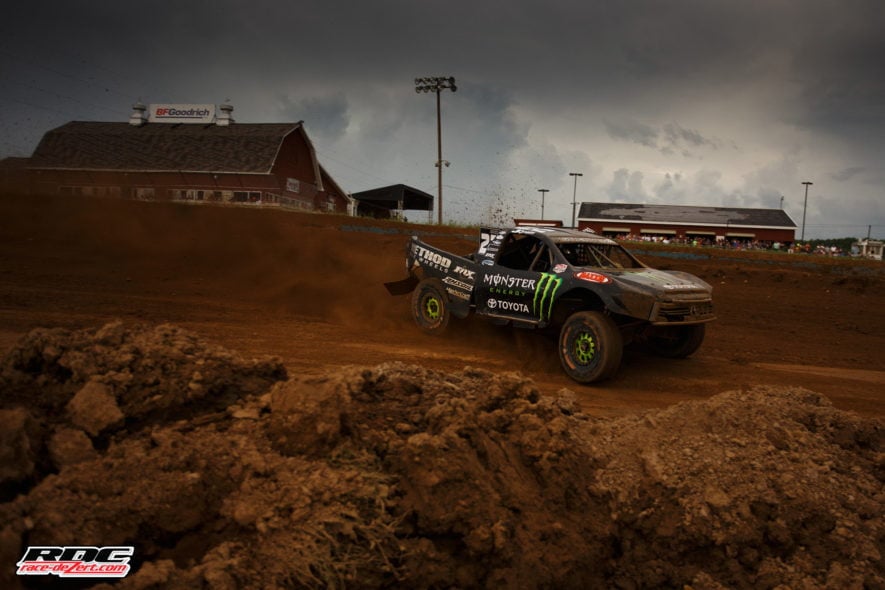 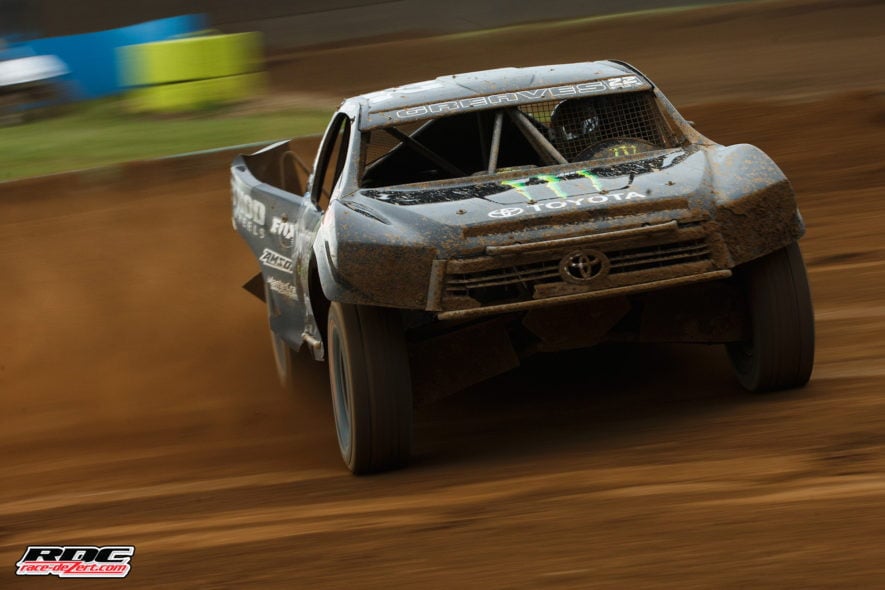 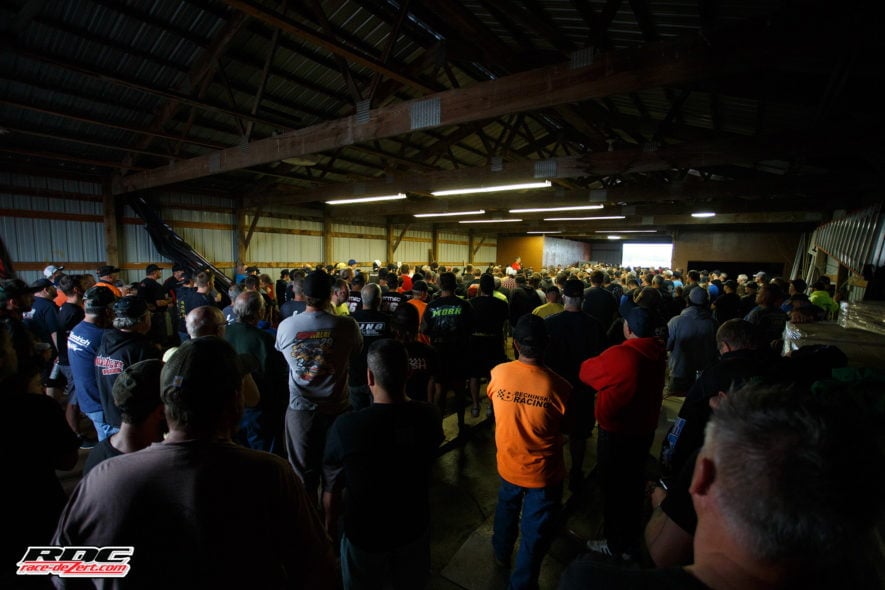 On Saturday the Light Buggies had so much mud on their cars they had to poke holes through their screens to be able to see in front of them. 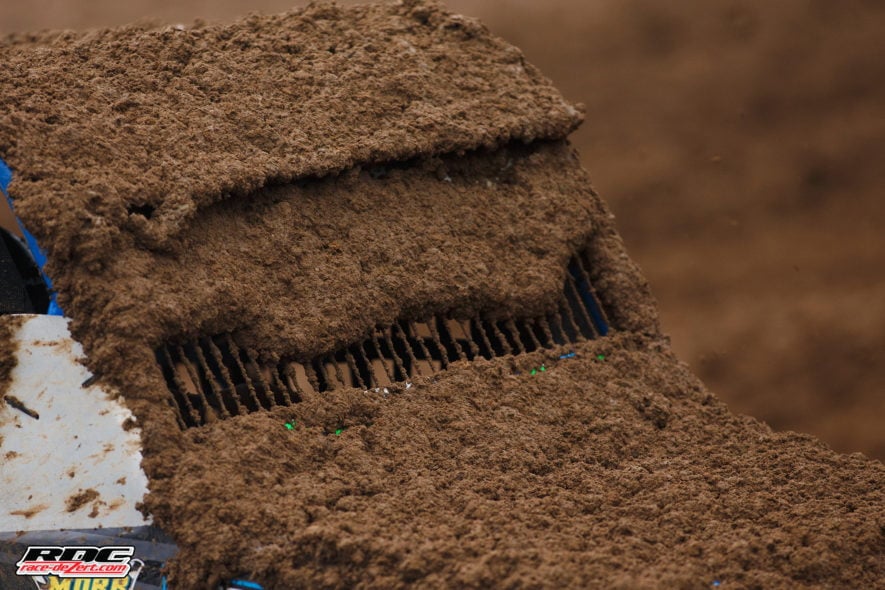 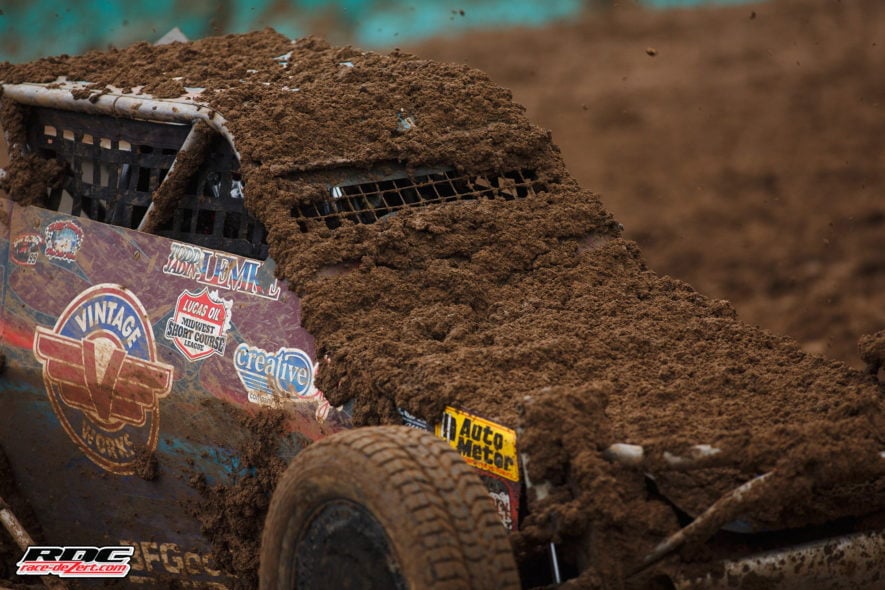 The Pro 2 class is pretty strong midwest with their set of rules. Will the west change over to them? Time will tell but we think its smarter move to keep the truck counts high if the two series come together. 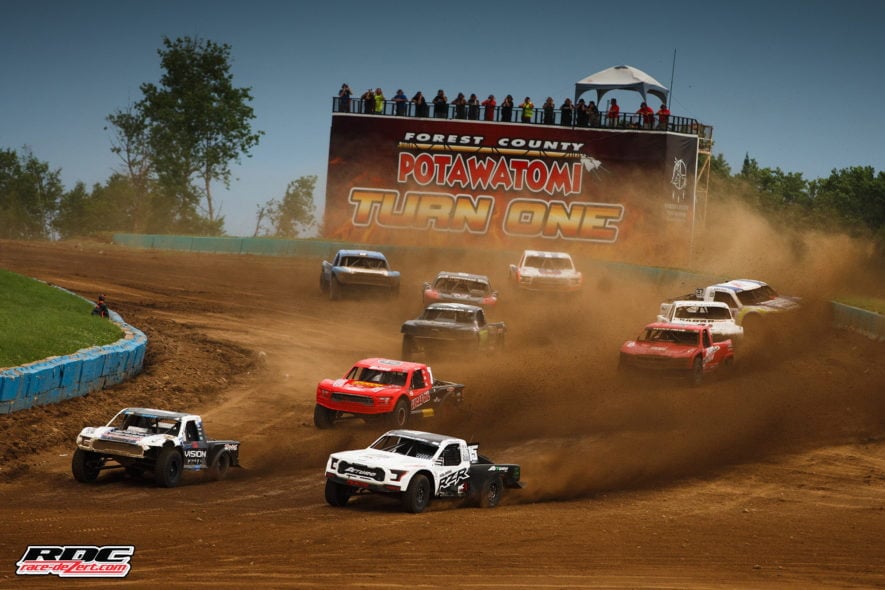 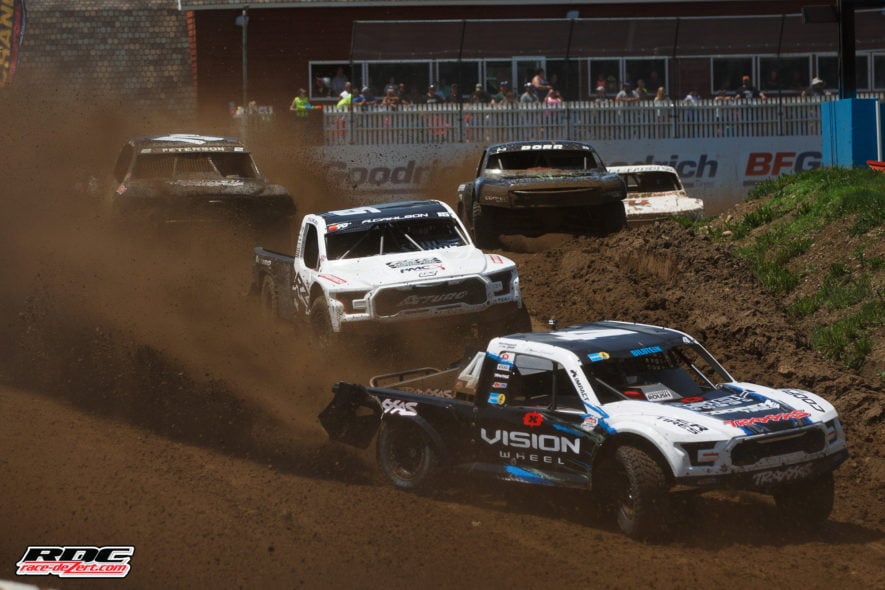 Its always an exciting feeling during the cup races when the Pro 4’s start to catch up with the Pro 2’s. 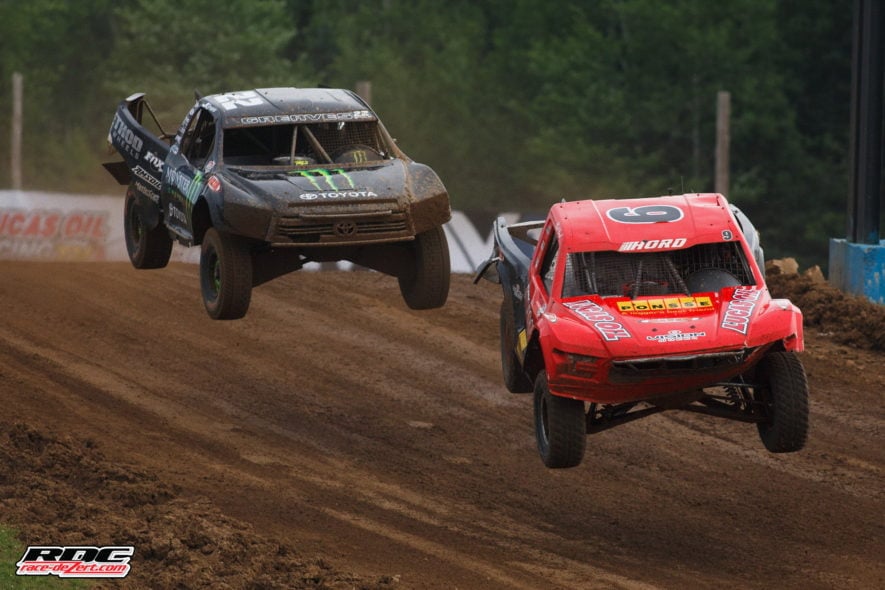 Shooting at Crandon is always a lot of fun because the scenery is always amazing. 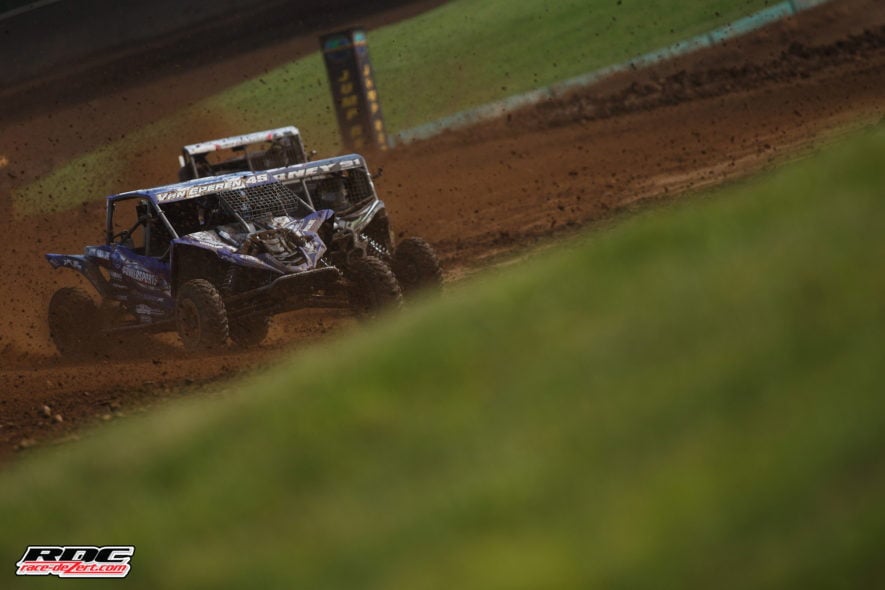 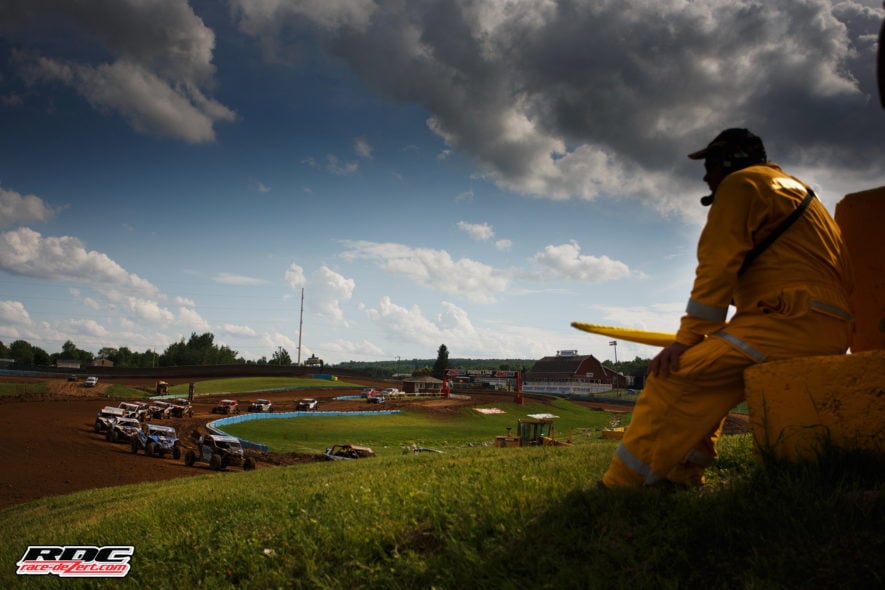 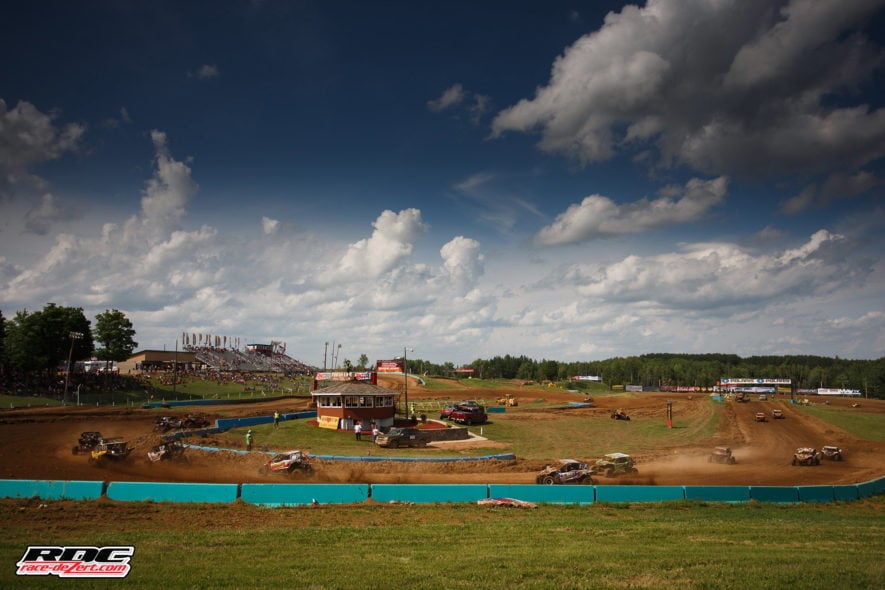 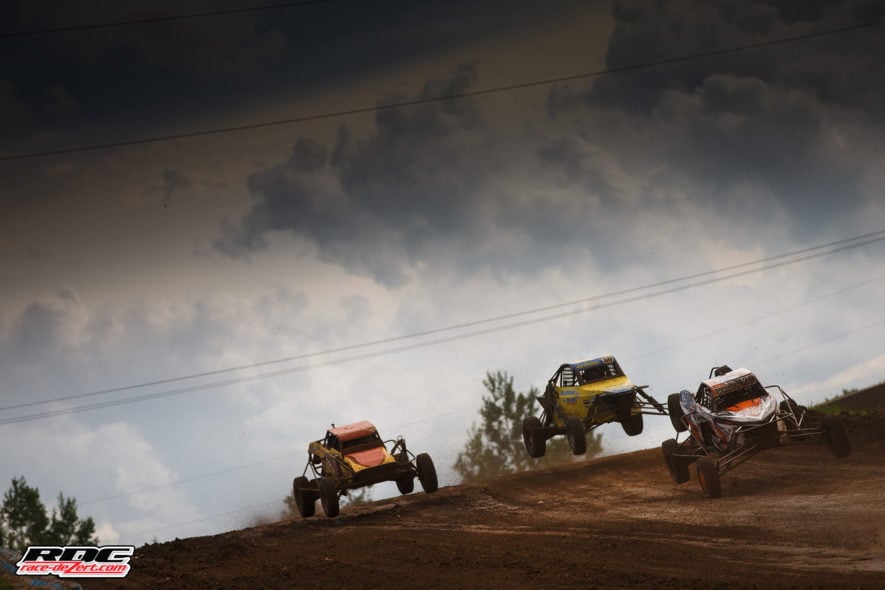 A few west coasters in Cole Mamer and Corry Winner came out to play in the midwest and will also be out at Wheatland next weekend. 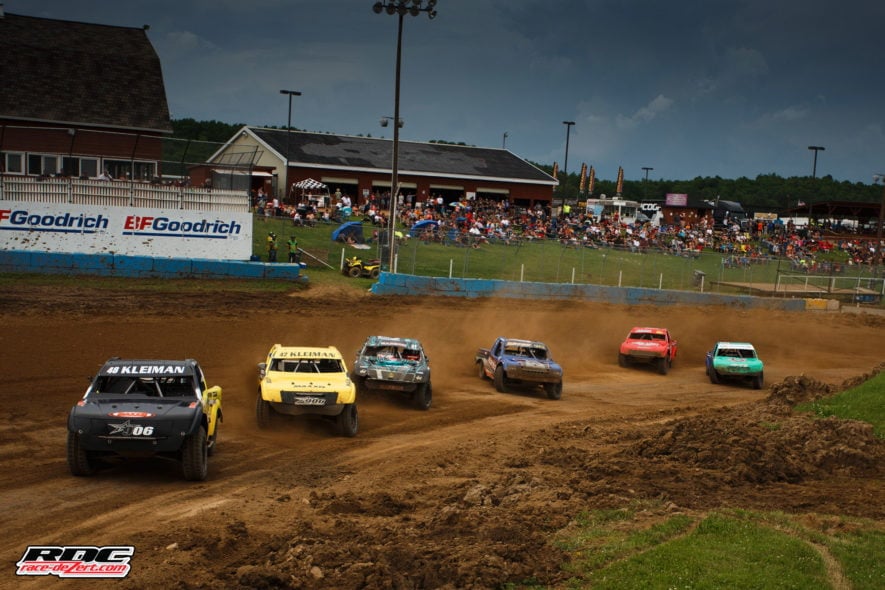 Is there anything better then land rush starts? Especially when there are 30 cars going into turn one? 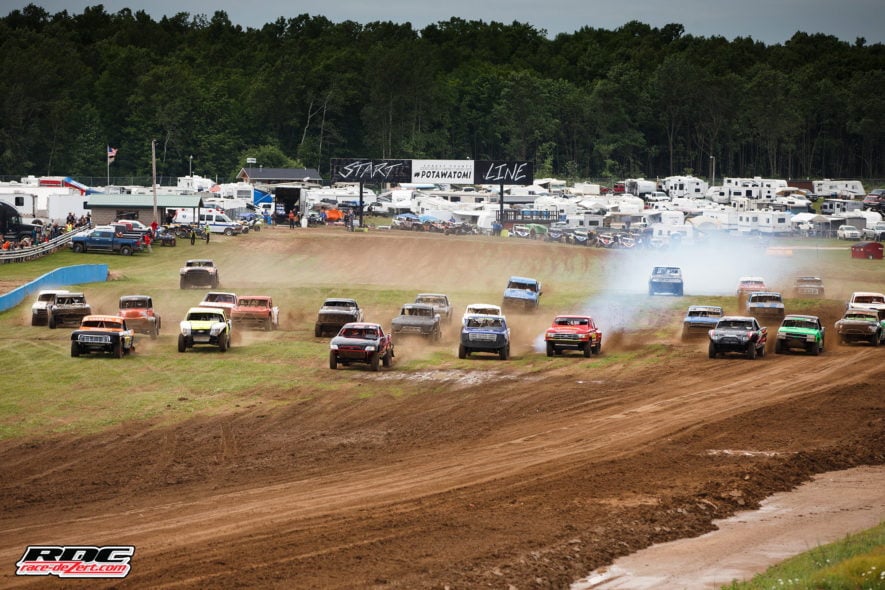 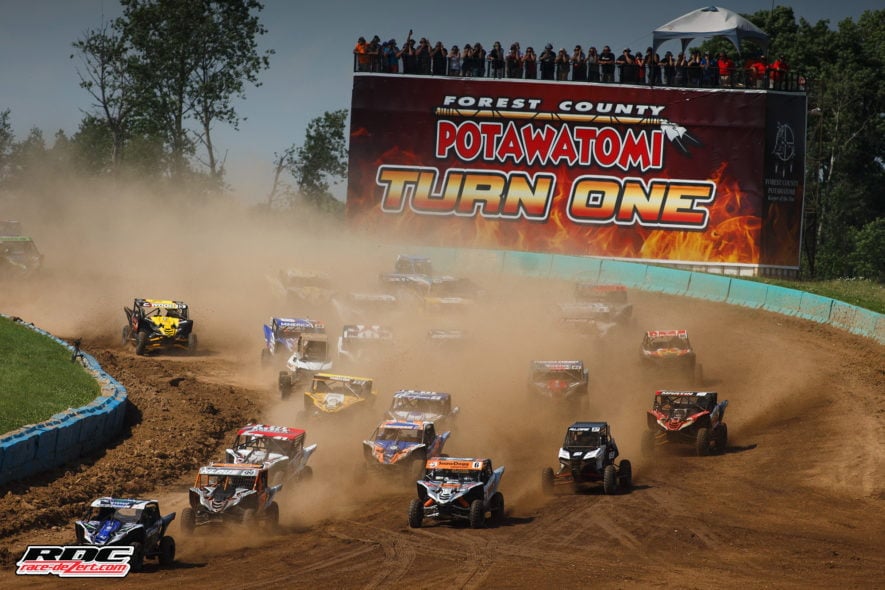 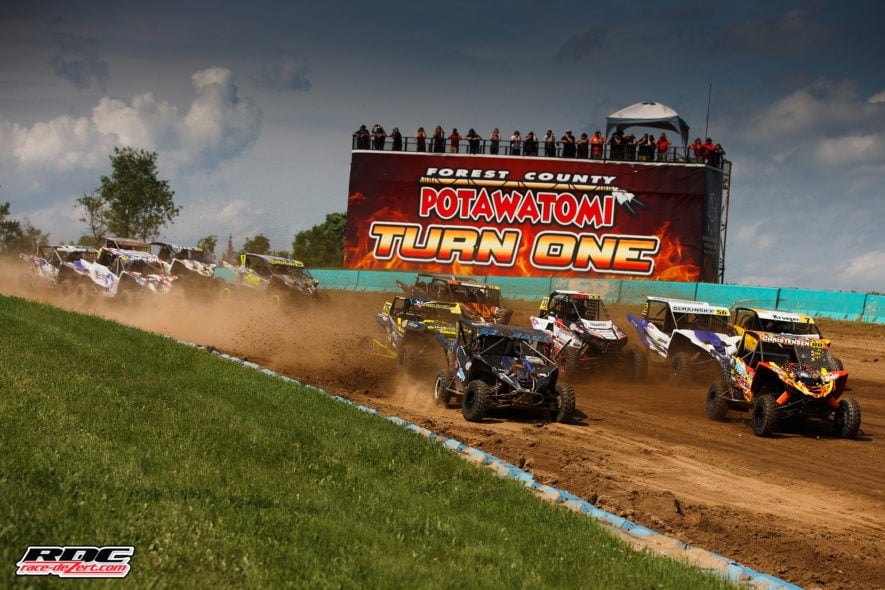 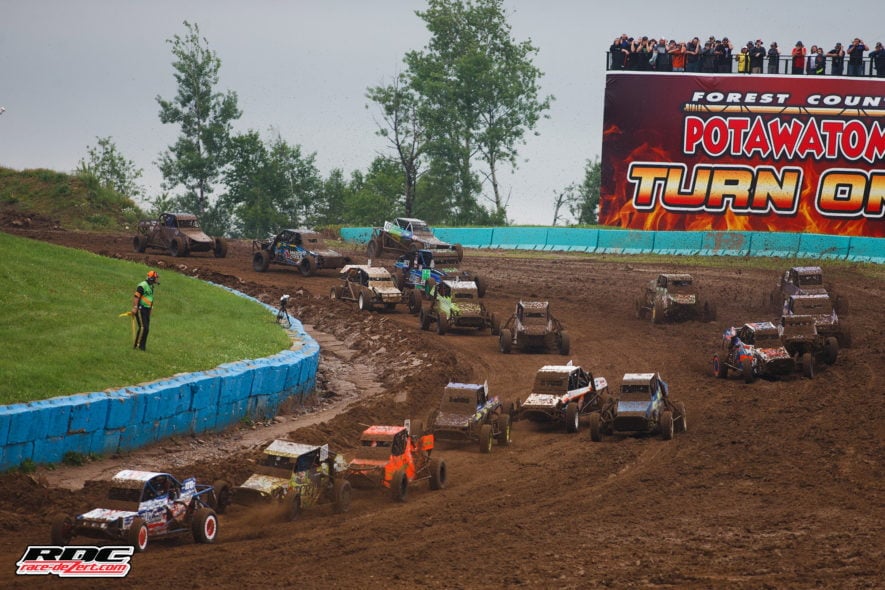