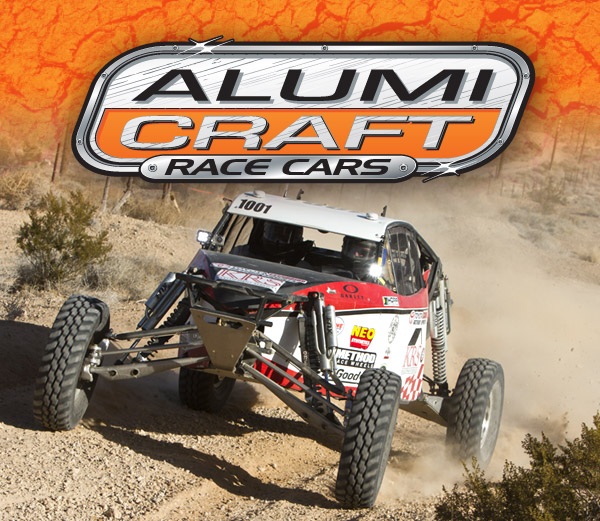 The incredible speed of the Alumi Craft Class 10 chassis is proven once more at the HDRA, South Point, Vegas 250. The Toyota of Escondido Action Sports, KRS Development car of Andrew Meyers and Ross Savage averaged 57.7 mph over four, 62 mile laps to take the Class 10 victory and eighth overall. The challenging course was filled with high-speed whoop sections, twisty technical switchbacks, sandy washes and rocky mountainous terrain; their Alumi Craft excelled in all of it.

“This was my first time racing the car,” said Andrew Meyers, “The rougher it got, the more time we made on the others. I like the fast stuff but this course had it all. When we found out about the World Championship of Desert Racing, the new series that takes results from three races in the HDRA series and results from three in the SCORE desert series to crown a World Champion, we decided to go for it. Our Crew chief Kris Kurisaki did an amazing job getting the car ready in time for the first HDRA race of the season. We plan to dust it off and race Parker too, the car is still good to go. 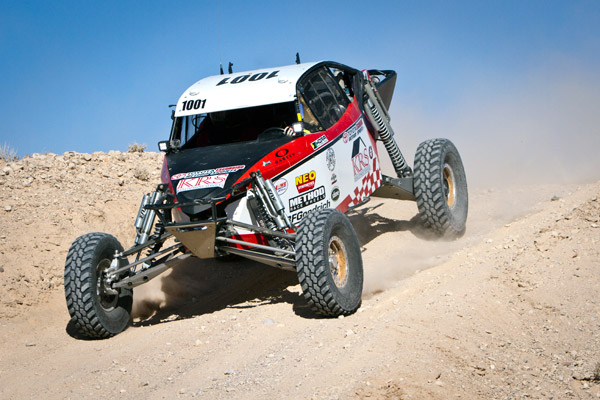 Andrew and co-rider Julio Quintero ran the first lap in one hour and two minutes. They picked it up on lap two running it in one hour flat. They then turned the car over to Ross Savage and his co-rider Keith Ray who maintained the blistering pace. “You can’t strap into a great car, run flat out all day and not have a blast,” said Ross Savage, “The course had everything I like to see; some technical stuff and lots of wide open running too. The car handled so well, it really gives you the confidence to push hard. We’ll be at Parker in only two weeks for the Blue Water 425. That will be more of a strategic race but I have a lot of experience there so we hope to be running up front again.”

The key to Alumi Craft’s success is simple, everything they do is held to the highest professional standards of superior craftsmanship, uncompromised quality and innovative design. If it’s not fast, reliable and safe, it doesn’t leave the shop. A huge battle for the class 10 cars is just over the horizon. The BITD, BlueWater Parker 425 February 1-3 in Parker, Arizona will see 40 cars competing against each other including 8 Alumi Crafts; it’s going to be epic!

About Alumi Craft
Alumi Craft is the premier racecar chassis manufacturer in the off road industry. Crafting cars from lengths of 4130 Chromoly tubing is our specialty. We offer a variety of vehicles to accommodate the professional off road racer to the recreational driver. Since 2004, Alumi Craft racers have earned countless wins and nineteen points championships; seven in short course and thirteen in the desert. Rob MacCachren, Chuck Cheek, Cameron Steele, Luke McMillin, CJ Greaves, Matt Cullen, Darren Hardesty, Darryl Smith, Gunnar Peterson, Mike Porter, Mitchell Dejong, Roger Starkey and owner John Cooley have all won championships behind the wheel of an Alumi Craft race car.