The new mid-size diesel Chevy ZR2 is just what the off-road world needs! An intelligently designed off-road capable truck that balances brawn with brain, giving you both a practical and economical daily driver as well as a fully off-road capable vehicle for around $35k. Closer in comparison to the Toyota Tacoma TRD pro, the Chevy ZR2’s big differences are in the diesel engine option, an advanced 4WD system, advanced suspension, and locking differentials. 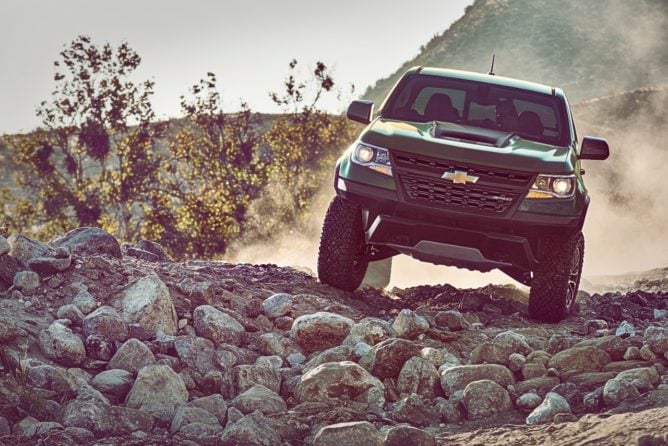 More than just aggressive styling, the ZR2 features a much wider track and a lifted suspension Compared to a standard Chevy Colorado. Functional rockers have been added for better performance over rocks and obstacles, and the front and rear bumpers have been modified for better off-road clearance. 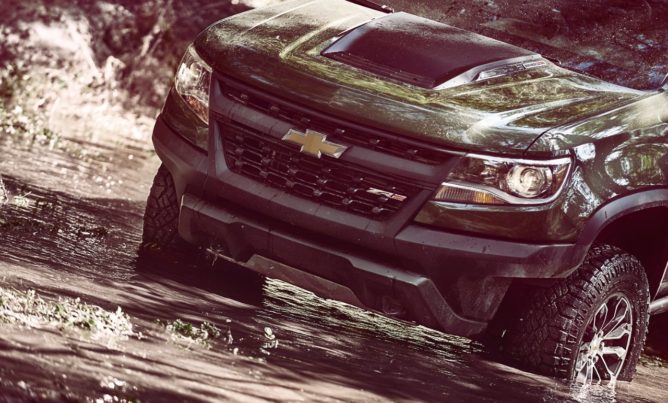 You can get one with a  3.6-liter gas V6 that puts down 308 horsepower and 275 lb-ft of torque, or with the small Duramax diesel engine rated at 181 hp and 369 lb-ft. Both engine options will run an eight-speed Hydra-Matic 8L45, and will come with 4WD with Chevy’s AutoTrac transfer case. 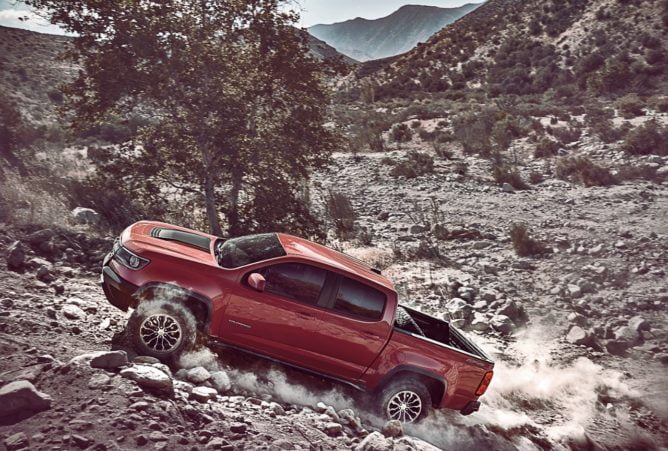 The ZR2 also features the most sophisticated four-wheel drive system in the segment. With class-exclusive, electronic-locking differentials front and rear and Chevrolet’s AutoTrac transfer case, the ZR2 offers nine drive configurations to tackle any type of terrain:

Or you can just push the “Off-Road Mode” button and let the system do the work for you. 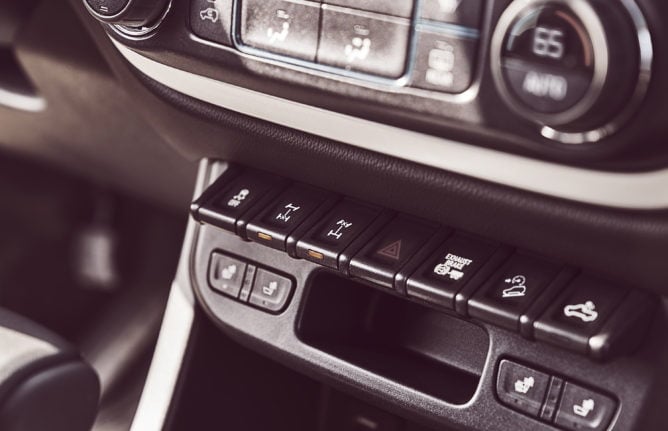 ZR2 has a 1,100 pound payload capacity and 5,000 pound towing max so you can easily tow a trailer and head to the desert with additional toys.

What’s really interesting on the ZR2 is the suspension. It the first time Multimatic DSSV dampers have been used in an off-road application. The idea here is achieving a better balance of on- and off-road performance.

“From our experience on Z/28, we knew the performance advantages offered by DSSV dampers, “ said Mark Dickens, executive director, Performance Variants, Performance Parts and Motorsports Engineering, Chevrolet. “We also know that Multimatic’s motorsport development mentality would allow us to bring a uniquely precise and repeatable custom damper to market even more quickly than a traditional damper system.”

Compared to deflected-disk valving common on most dampers, the ZR2 employs spool valves that offer increased precision and manufacturing repeatability along with enhanced ride and handling performance both on- and off-road.

“A traditional, deflected-disc damper only offers two force-velocity curves for tuning,” Dickens said. “The ZR2 dampers offer six tuning curves for the front, four at the rear. For the driver, this translates to greater confidence and control in a wider range of driving experiences.” 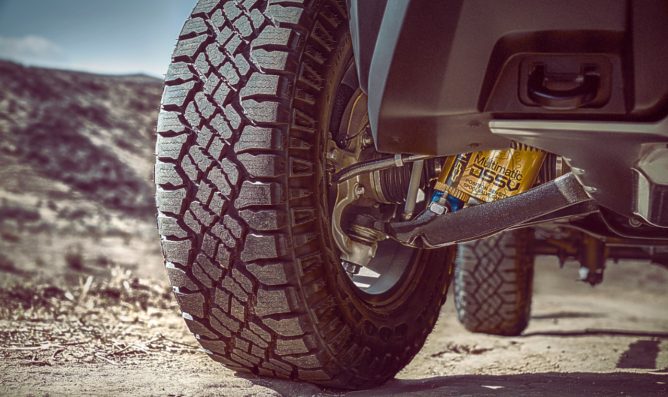 Anybody who has driven pre-runners on the road can understand the compromise you make for on-road drivability to get better off-road performance. It will be interesting to see how these DSSV dampers hold up to off-road punishment.

Legendary off-road engineer Bryan Kudela is rumored to have had a hand in the design of this vehicle which would explain some of the advanced off-road features of this vehicle.

Now we just need to get our hands on one to test!