Video: AGM RELEASES THE NEW EXR FUEL TANK FOR THE POLARIS RZR TURBO S
Have you been jealous of your buddies with the EXR Fuel Tank in their Can-Ams? Maybe they have used the buddy hose to fill you up on those long rides? Well, we now have you Polaris owners covered.

AGM would like to introduce you to the new EXR Fuel Tank for the Turbo S. All the same great features as the Can-Am tank packaged in your 4 seat Polaris Turbo S.

On presale now at AGM-Products.com 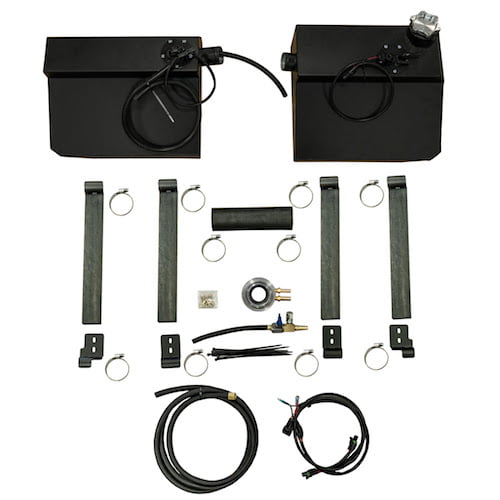 -Nearly Double Your Range
-Bolts in, no welding required
-Transfer Fuel While You Drive
-Fill Up A Fellow Enthusiast With the Buddy Hose

JOKE OF THE WEEK:

A couple of women were playing golf one sunny Saturday morning. The first of the twosome teed off and watched in horror as her ball headed directly toward a foursome of men playing the next hole.

Indeed, the ball hit one of the men, and he immediately clasped his hands together at his crotch, fell to the ground and proceeded to roll around in evident agony.

The woman rushed down to the man and immediately began to apologize. She said, “Please allow me to help. I’m a physical therapist and I know I could relieve your pain if you’d allow.”

“Ummph, oooh, nnooo, I’ll be all right…I’ll be fine in a few minutes,” he replied breathlessly as he remained in the fetal position still clasping his hands together at his crotch.

But she persisted, and he finally allowed her to help him. She gently took his hands away and laid them to the side, she loosened his pants,and she put her hands inside. She began to massage him.

She then asked him, “How does that feel?”

To which he replied, “It feels great, but my thumb still hurts like hell.”