After a long and unpredictable 2020 season, the Honda Off-Road Factory Racing team is welcoming 2021 with new partners and new drivers. Despite the obstacles, the team chalked up 2020 as a success, Jeff Proctor, Team Principal, recounts, “2020 certainly kept the world on its toes. Our team found ways to adapt and even take advantage of the scheduling changes. The Talon development program made advances that led to podiums and even a class championship. The team stuck it out with great attitudes, and we found success. Now, it’s time to build on everything we’ve learned and take our race programs to the next level. That includes new drivers for the Talons. And announcing a new tire partner, Maxxis.”

To start the season, Honda Off-Road Factory Racing will campaign two Honda Talons and the Ridgeline at the famous King of the Hammers race event in Johnson Valley, CA. The Talons will race on February 3rd in the UTV King of the Hammers race and the Honda Ridgeline will compete against Spec TT trucks, for the first time, in the B1 / T2 Battle on the Lakebed on January 31st.

Piloting the specially KOH prepped Honda Talons, are Ultra4 racing young guns and veterans, Bailey Cole and Jordan Pellegrino. They bring their years of experience and winning traditions to the Honda team to continue to showcase the performance versatility of the Talon Racing platform. Racing the Talons is double duty for both drivers, as they will also race in the King of the Hammers 4400 class later in race week. 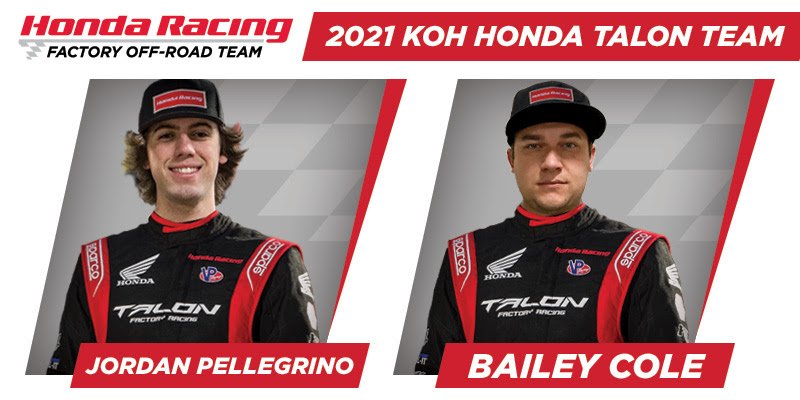 Bailey Cole brings his many Ultra4 podiums and a 2019 4800 class National Championship experience to the team as they take on the unique terrain and challenges of the KOH race course. He says, “I am incredibly excited to be partnering with the Honda Talon Racing team this year for King of the Hammers. After considerable testing, can say with full confidence, that the Talon is ready to take on Johnson Valley’s rugged terrain.”

Jordan Pellegrino comes from a family of KOH racing specialists and a hands-on attitude, “I am proud to be a part of the Honda Team this year and I’m excited to bring my knowledge and winning experience to the table to get one of these Talons on the podium. I take pride in my skills to prep, repair, build, tune and race Ultra4 cars. Which, I think, will add a new dynamic to the Honda Team. I love the challenge, and every single day in the Johnson Valley terrain, brings a new challenge of some sort and something new to learn. I can’t wait to see what KOH 2021 brings for the Honda team as well as our 4400 class effort!”

The B1 / T2 Battle on the Lakebed is a new endeavor for the Honda Ridgeline. More firsts for the team include, competing on 40” Maxxis Razr MT’s and a new body style to reflect the new OE design launching in February 2021. Proctor continues, “We’re excited to work with Maxxis as our racing program grows. 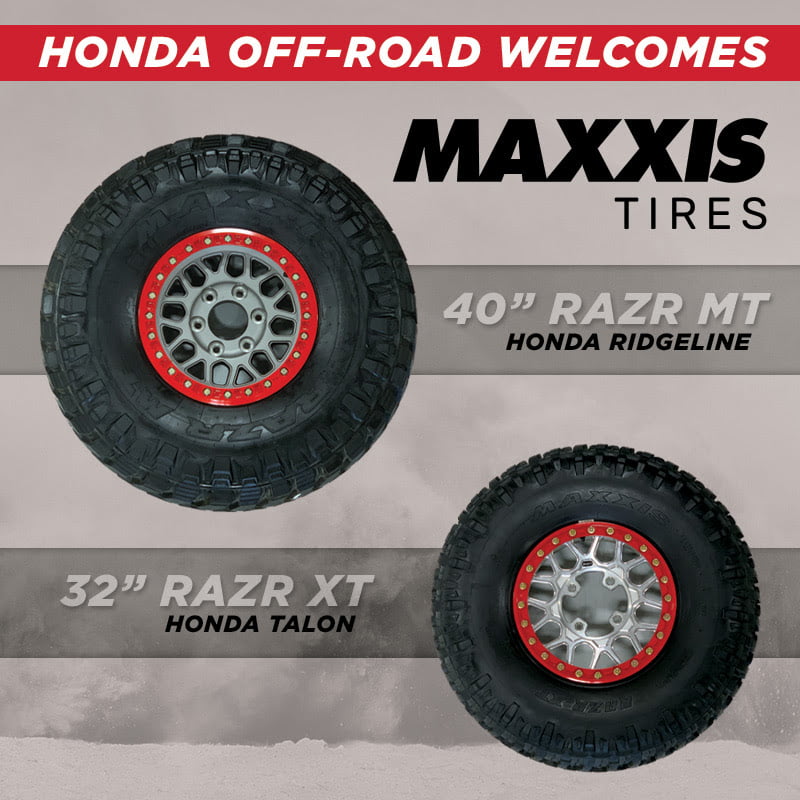 Their SXS tire line-up is one of the best and I’ve been blown away by the performance of the all new Razr XT. 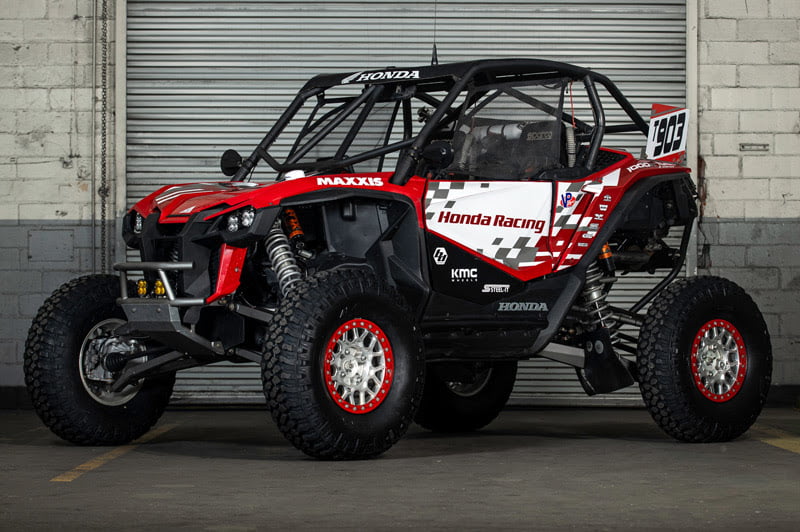 We look forward to a long and successful partnership.”  Jeff Proctor will be driving the Honda Ridgeline with navigator, Evan Weller.

Zach Sizelove will be at the helm in a Talon when the 2021 season kicks off desert racing for the Talons and Ridgeline at The Mint 400 in March, outside of Las Vegas, NV. For Zach, “This is a dream come true to drive for the Honda Corporation. I have a long history with racing Honda dirt bikes, and know first hand what a great product Honda creates. I look forward to showing off the capability of the Honda Talon platform and prove that it is the best side-by-side in the industry.” Sizelove’s considerable desert racing experience includes multiple wins and championships across many classes. An accomplishment for any racer, but especially impressive for someone so young. Today, Jeff has embarked on his most ambitious chapter of his race career – Partnering with American Honda, HPD-Honda Performance Development and Honda Powersports to create an Off-Road Racing Factory Mega Team. Jeff will not only pilot a custom unlimited Twin Turbo off-road race vehicle but also direct and oversee the team’s entire race operation, including a two car Honda Talon Side by Side team in 2020. Jeff will lead  his team and Honda to the podium, bringing more high-level race teams to the exciting sport of off-road racing.
Visit // www.hondaoff-road.com