The move from Trophy Truck racing into UTV competition has paid plenty of dividends for professional off-road racer, TV host, and General Tire Down & Dirty Show Powered by Polaris RZR host Jim Beaver over the past few years. From the creation of the Polaris RZR Star Car to the development of a highly competitive and reliable platform, the rise of Beaver’s race program has only been matched by the growth of the JB15 media empire.

For 2021, that growth kicks into an even higher gear with a new car and the full-time move into UTV Unlimited competition, starting with this weekend’s Parker 250 in his hometown of Parker, Arizona.

“Hands down, 2021 is going to be one of the biggest years of my racing career,” said Beaver. “We’re stepping into a new car with a proven history of winning, and taking the fight into a brand new class with UTV Unlimited. We’re only going for one thing this year, and that’s the top step of the podium. I can’t wait to get my race program kicked off this weekend with my hometown Parker 250, and I’m hoping that the winner’s trophy won’t have far to travel from the podium to our race shop!” 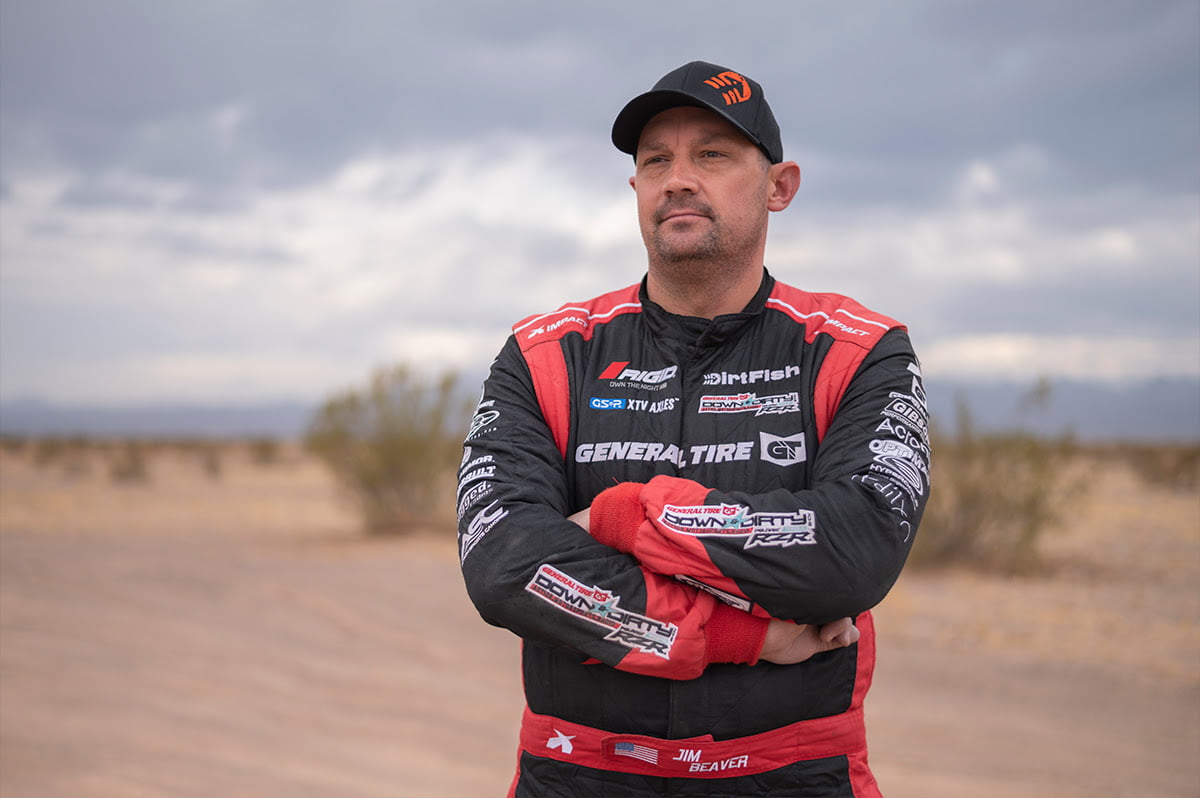 This offseason, Beaver purchased Polaris RZR teammate Mitch Guthrie Jr.’s former ride, a Polaris RZR nicknamed “Mona Lisa” that has proven one of the fastest and most reliable cars in the desert over the past two years. With multiple major wins and podiums in its logbook as well as a championship, Beaver and his team will be working with a car that threatens to win any race it runs. The team converted the car from its former UTV Turbo spec to compete in the Unlimited division in the winter, and Beaver has already logged multiple test days in the rechristened #2915 machine in preparation for the year.

Last year’s Parker 250 was a battle of attrition, as Beaver overcame a belt issue in his former car to persevere through a rough course that took out a number of top competitors. In spite of the early repair, the team rebounded to finish just outside of the top 20 in the always deep UTV Turbo field for the first race of the 2021 Best in the Desert season.

Stay tuned for new episodes of the General Tire Down & Dirty Show Powered By Polaris RZR, Project Action, and more, as well as full coverage of the Parker 250 and the world’s premier action motorsports events on the new DownAndDirtyShow.com, which will be launched in the coming weeks.