If there’s one guy coming to the 2015 Dakar Rally who knows how to gracefully clear a huge distance then it’s Orlen Team member Adam Małysz. ‘The Polish Eagle’ became a record-breaking ski jumper before starting the second chapter of his sporting career on the open roads of the Dakar.

Adam arrives for his 4th edition of the desert classic after finishing his first three attempts with an improved result each time. The intention this time is a top 10 finish and among the tools at his disposal is the same SMG Buggy that Carlos Sainz drove to a pair of stage wins at the previous Dakar.

The multiple Ski Jumping World Cup winner has clearly made a remarkable leap since making his Dakar debut behind the wheel of a Mitsubishi Pajero. Four years down the track, Adam is now racing a two-wheel drive Buggy with a fearsome 420 brake horsepower, more than double the punch offered by the Pajero.

It may be a new vehicle in 2015 but it’s not all change as co-driver Rafał Marton once again makes the trip as Adam’s right-hand man.

The second Orlen Team car at the Dakar will be the Toyota Hilux belonging to Marek Dąbrowski and co-driver Jacek Czachor. Before the Polish pair made an instant impact on four wheels at the 2014 Dakar they had contested a combined total of 23 editions of the rally on bikes.

The wealth of experience Marek and Jacek acquired while riding bikes through the desert clearly stood them in good stead for the challenges they faced during their debut behind the wheel. A seamless transition of their calm and consistent racing style saw them park their Hilux in 7th place overall, claiming the Rookies Cup in the process. Such an accomplished drive as seen expectations raised and a stage win could be added to their already impressive list of rallying records this time around.

While Marek and Jacek graduated to cars there’s another Orlen Team member with plenty of unfinished business on two wheels. Kuba Przygoński reacted to his first outing as the team’s lone biker by taking his KTM 450 to another top 10 finish at the previous Dakar.

Kuba’s 6th place overall was just reward for the hard work he put in during some tough times at the race in recent years. The 29-year-old showed the kind of resilience that has become an Orlen Team trademark to return to the business end of the bike race, and there’s no reason to think he can’t crack the podium in 2015.

Stay up-to-date with the Orlen Team at redbull.com/dakar as they look to build on their tremendous track record at motorsport’s ultimate test of endurance racing. 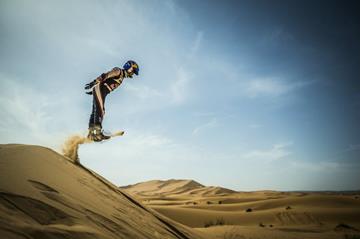 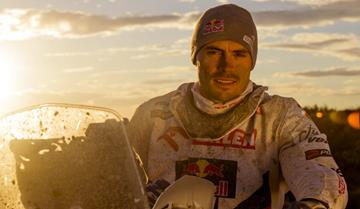 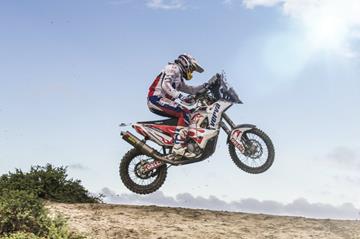 Adam Małysz: Our goal is to finish in the top 10. This might not be the most ambitious aim but we have to recognise where we are and what we can do. We need things to go well for us and if they do we have a good shot at the top 10. I think I have improved a lot and I’m definitely a better driver than I was a year or two ago. There’s lots of strategy at the Dakar, you need to learn when you can win time in the race. Ever since I first drove the SMG Buggy I’ve been infected by it. The vehicle is lighter and faster than anything I’ve driven at the Dakar before.

Marek Dąbrowski: To compete in my first Dakar in a car and finish 7th, I would’ve never been able to contemplate it. I got my start in motorbikes in 1989 and did my first Dakar in 2000. My body and especially my shoulder couldn’t take it anymore, so it was terrific to be able to continue in a car and especially in a very good car. On the last Dakar we didn’t have a single problem, we only had to change two wheels. Now the competition is much tougher. There are more Toyotas, Minis and the arrival of Peugeot. I will try to be a little bit faster this time.

Kuba Przygoński: Every year the Dakar seems to get tougher and this year we will have a lot of stages at high altitudes over 4,000 metres. These stages should be okay for me because I do a lot of my training in the mountains. Once again we will have a few marathon stages when we do not have the help of our mechanics. It’s especially important not to damage the bike during these stages and you may need the help of other riders to fix any problems. I want to improve on my 6th place finish at the last Dakar but nobody knows for sure what will happen at this race.
Media Info

STILL & MOVING IMAGES available for media use at www.redbullcontentpool.com/motorsports.