Ourednicek and Kripal to be part of new chapter

On 1 November, the entries were closed for the 2020 edition of the most gruelling motorsport event of the world. The 42nd Dakar Rally is the beginning of a new chapter: in April, French organiser ASO announced the new host country of the race – Saudi Arabia. After months of hard work and after successfully finishing two of the world’s biggest rallies this year, Czech Republic’s Tomas Ourednicek, who has finished five Dakars, one of them in Top 10, and his co-driver David Kripal have announced to participate in the Dakar Rally in 2020 again with their Ford Ranger.

“We expect a very special race in 2020 in a number of aspects. On the one hand, we are very enthusiastic to go to Saudi Arabia and it is great to see that our sponsors are excited about the opportunity as well. On the other hand, this year there will be more cars than trucks representing the Czech Republic in the king category which has never happened before, and this creates a very interesting situation. The appointment of David Castera as the new director of the race is very promising, as he has vast experience as co-driver, knows what competitors need and is committed to making the sporting aspect even better,” Tomas Ourednicek says.

The 2020 edition of Dakar Rally will start from Jeddah in Saudi Arabia on 5th January. After almost two weeks of racing, including a rest day in the capital Riyadh, the competitors can celebrate their success in Al Qiddiyah on 17 January. 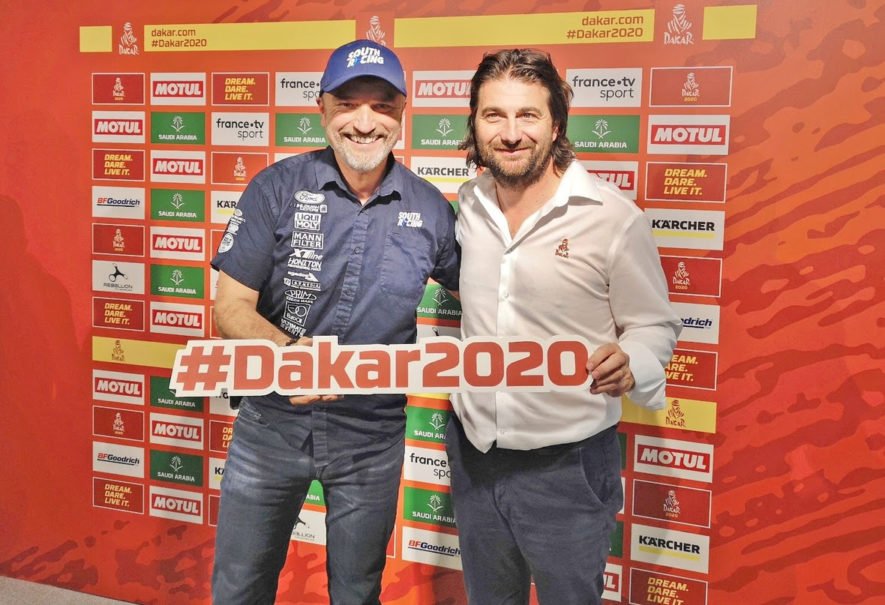