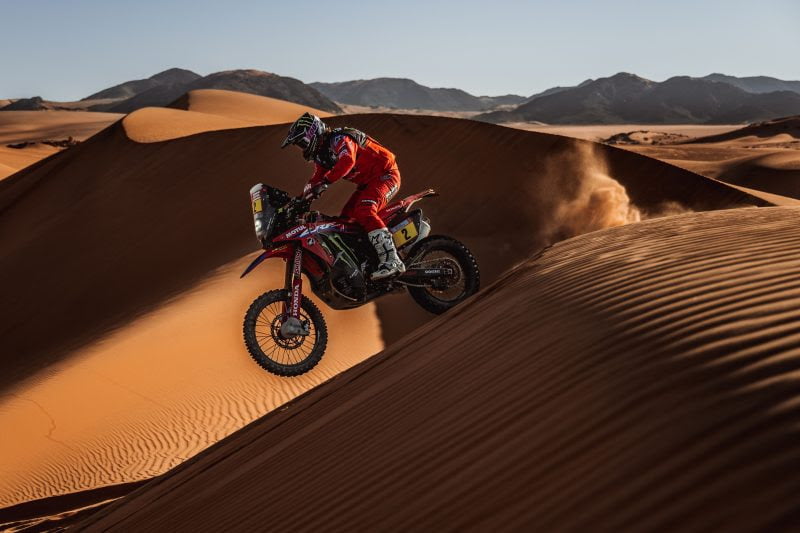 Monster Energy Honda Team’s Dakar Rally battle will go down to the wire. After the penultimate stage, Pablo Quintanilla holds second overall place with a chance of victory. There are still over 150 kilometres left to go, with the Dakar often producing final stage surprises.

Today’s special stage, as expected, was an intriguing one. The strategy of the previous day, which saw some riders managing to lose time, yet drop many positions, in order to benefit in today’s starting order, dictated for the most part, what happened on the route today. Some 346 kilometres of sand and dunes, on a total stage of just over 500 kilometres, helped define how the podium is likely to look at the end. The Bisha loop caused a few losses, but many riders were able to make up for time they had lost yesterday.

Ricky Brabec was the best-placed Monster Energy Honda Team rider on the day. The American finished in fifth place, moving up into six place overall, a position which he hopes to consolidate tomorrow. Brabec finished just one place ahead of team-mate Pablo Quintanilla. Pablo, sixth, performed well today – well enough to be in contention tomorrow and could improve on his current second place in this 2022 Dakar. The Chilean biker is less than seven minutes behind the overall race leader. If the full length of the final special stage goes ahead as planned tomorrow, the rider could well spring a surprise and stand a chance of scooping the world’s toughest rally.

Chilean José Ignacio ‘Nacho’ Cornejo also had a good day in spite of a minor mistake in the opening kilometres of the special. Today’s seventh place also puts him into the same position in the general rankings. Lastly, Joan Barreda was lumbered with opening the track today as the riders ahead forced him to carry the stage’s main burden. The conditions were not ideal for Joan who struggled to make progress in the soft dunes of Bisha. With a fall included, the Spaniard finished sixteenth in RallyGP and is fifth in the general standings, nearly half an hour behind the race leader.

Bisha-Jeddah. The final stage of the Dakar Rally 2022 will be decided over a total of 676 kilometres, including just 163 against the clock. Leaving the dunes behind, the race will be fought over hard tracks with some sand. A lot of technical complexity is expected before the riders reach the shores of the Red Sea, with the final podium set to take place on the Bisha street circuit. 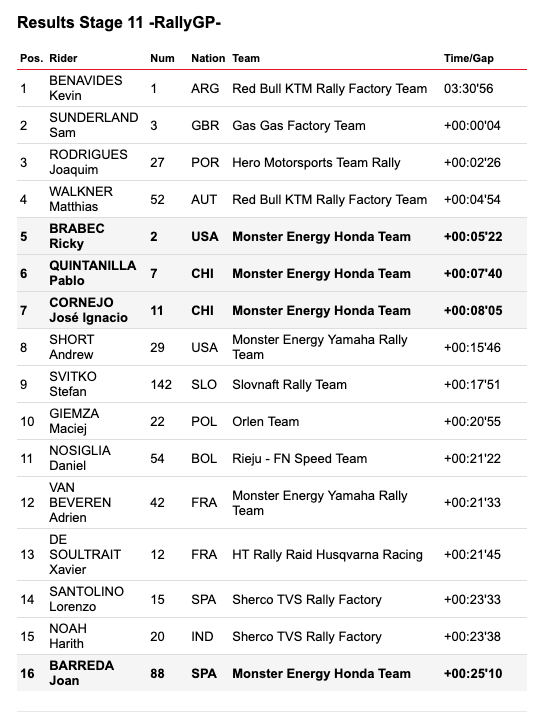 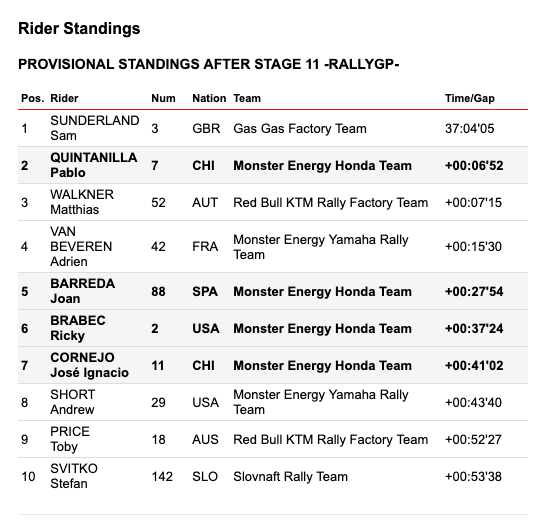