Scheduled for June 24 – 26, the AMSOIL Championship Off-Road Series will be the center piece of the massive event schedule, with an expected field of more than 250 racers taking part in a Brush Run record of 57 on-track race activities. On Friday, June 24 the track will host 16 practice and six qualifying sessions for both Pro and Sportsman categories. An action-packed schedule of 17 races and a live evening concert will take place Saturday, June 25. The weekend will be capped with 18 total races on Sunday, June 26, including the exciting 29th annual Forest County Potawatomi Community Cup finale. 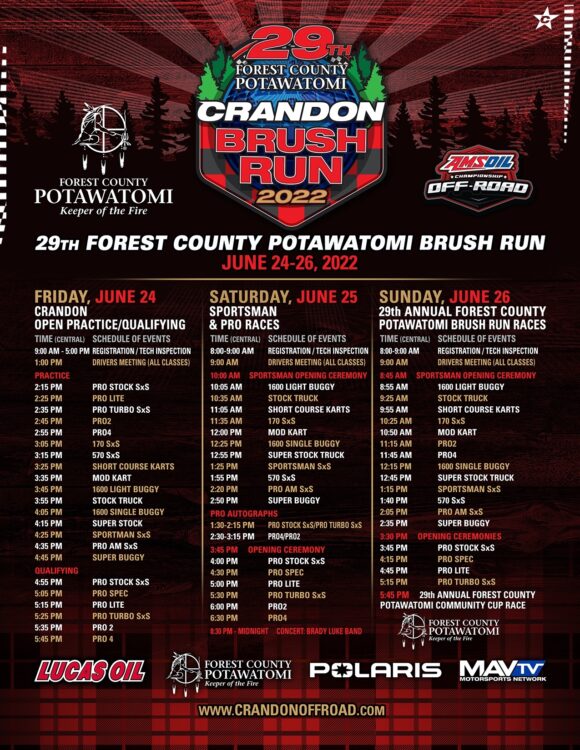 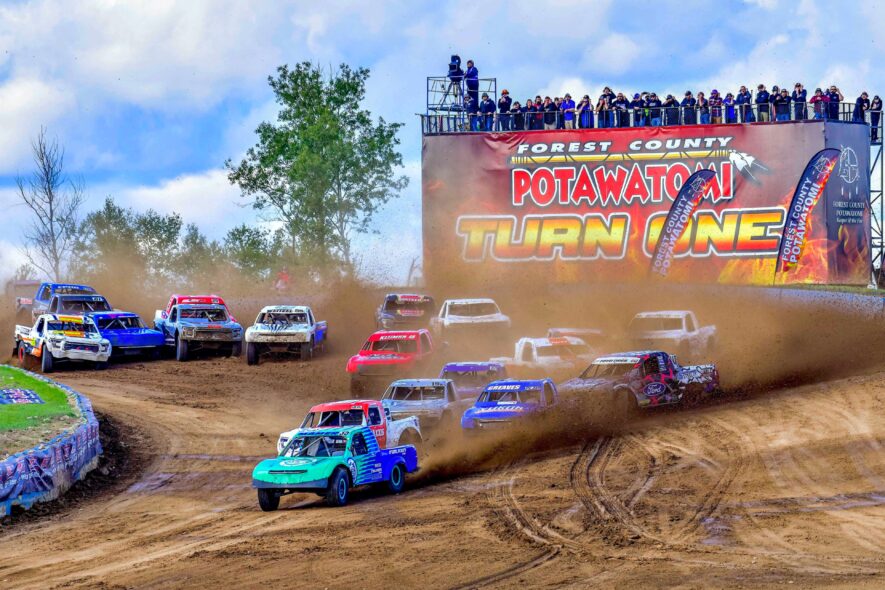 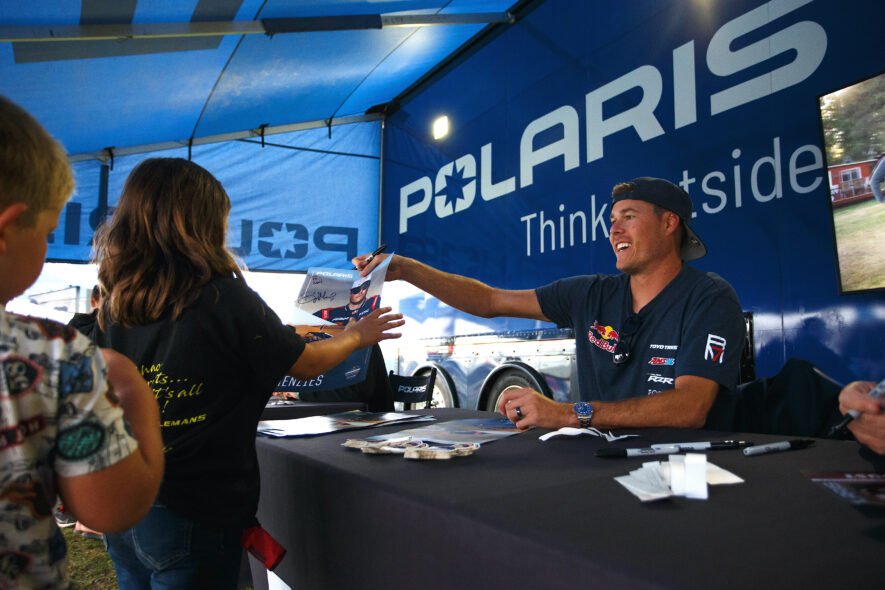 PRO LITE DELIGHT: The popular Pro Lite truck category has long been a favorite at Crandon (top). For the 2022 FCP Crandon Brush Run weekend a huge field of the limited trucks will take on Crandon’s infamous Forest County Potawatomi Turn One at nearly 100 miles per hour (top) during four on-track appearances. The weekend schedule also includes a driver autograph session (above) with the sports’s biggest names in attendance. (Photo: Champ Off-Road, High Rev)

With six events on its 2022 schedule, the AMSOIL Championship Off-Road series kicked-off a few weeks ago in Antigo, Wisconsin.

The track today also announced it has posted a total of $28,000 in cash prizes for the Sunday’s exciting Forest County Potawatomi Community Cup finale, a Crandon tradition that pits unlimited Pro 2 versus Pro 4 trucks via a staggered start. Last year the Pro 2 of California’s Jerett Brooks took home the race’s top honors and a $10,000 cash prize.

Another Crandon tradition is its support of racers competing in the Sportsman classes. Comprised of enthusiastic weekend warriors in a wide variety of truck, buggy and UTV categories, AMSOIL Championship Off-Road competitors can look forward to additional $10,000 in prize money distributed to various classes for Saturday and Sunday’s rounds of Sportsman series racing. 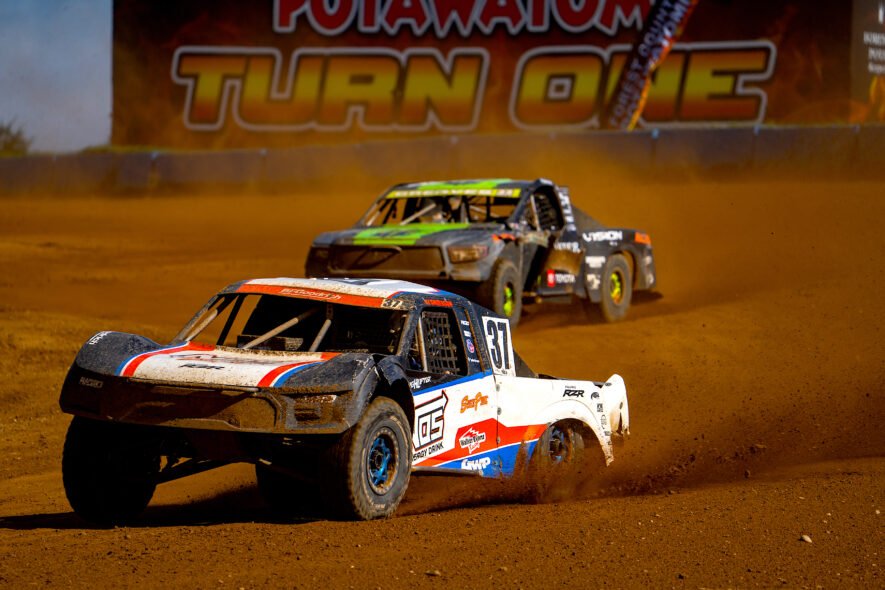 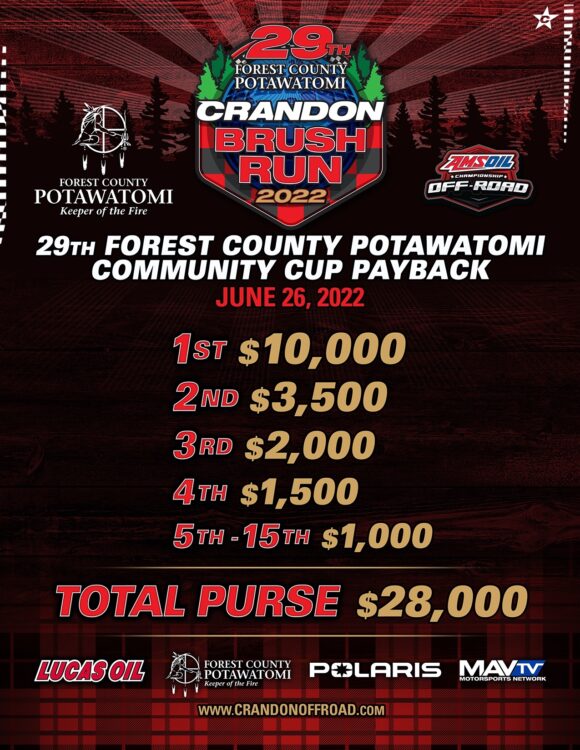 RJ ANDERSON REPEAT? California native RJ Anderson has been a crowd favorite at Crandon for many years. The talented Anderson won back-to-back Red Bull Cup races at the Polaris Crandon World Championships in 2019 and 2020. Will he have what it takes to earn his first Forest County Community Cup title in 2022? (Photo: Champ Off-Road)

“While Crandon supports the sport in a variety of ways we also understand without the teams and drivers there would be no show for our fans to enjoy,” explained Crandon’s Cliff Flannery. “The health of both the Pro and Sportsman racers is one key to the long term success of the series. Crandon can do its part in this way thanks to the Forest County Potawatomi community and all our corporate partners. With huge race fields and three days filled with competition this year’s Brush Run weekend has it all.”

For those not able to enjoy the Crandon Brush Run in person, for 2022 the AMSOIL Championship Off-Road events will be streamed via an exclusive new agreement with FloSports. The subscription service grants fans full access via its platform to all six stops (12 rounds) of the 2022 tour, highlighted by complete coverage of all Pro and Sportsman divisions. In addition, CBS Sports Network will carry a select group of tape-delayed programming, including coverage of Pro 4, Pro 2, Pro Turbo SxS and Pro Stock SxS races. 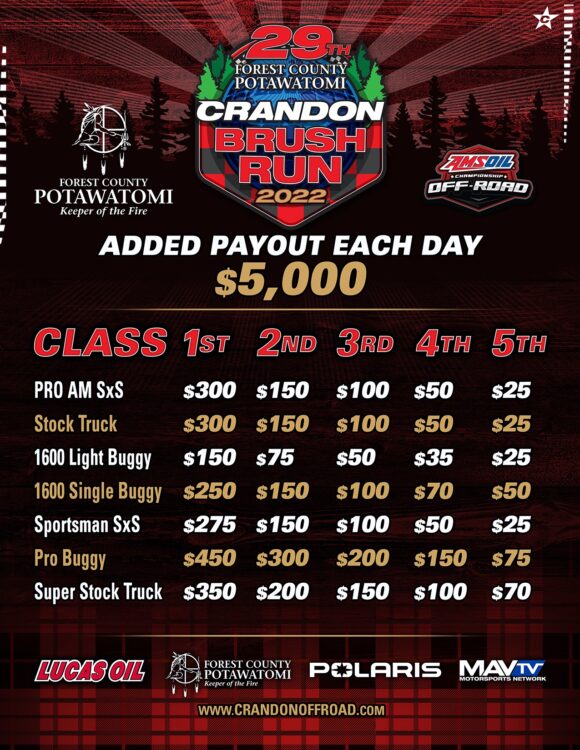 The weekend ends with the sport’s biggest prize of all — the annual Red Bull Cup finale for Pro 2 and Pro 4 trucks — all on Crandon’s iconic 1.75-mile dirt track at the same time — separated by a timed split start. 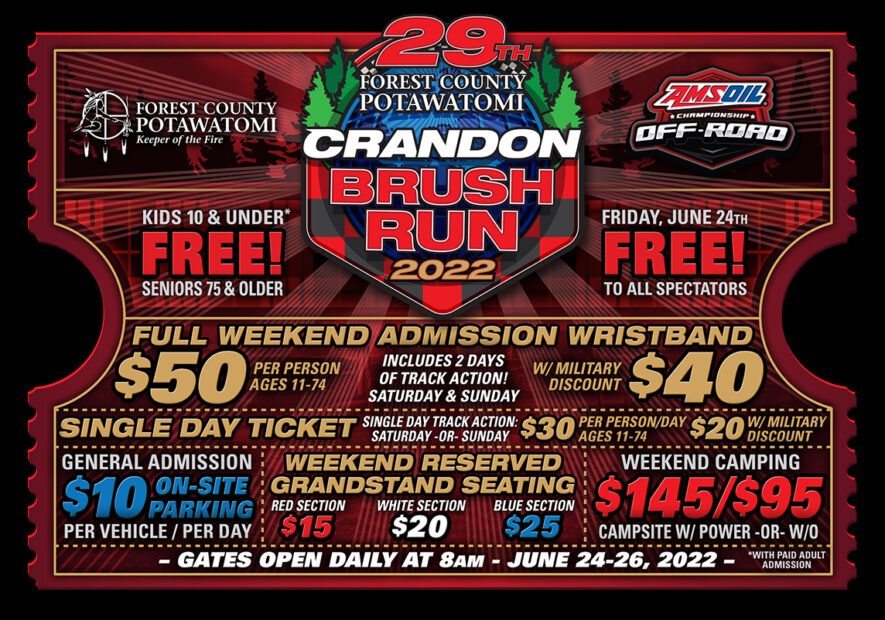 Event tickets, grandstand and Camp Crandon reservations for the 2022 season at Crandon International Raceway are on sale now at our website at www.crandonoffroad.com. Fans can also click the link below:

Every athletic form of competition has its iconic “holy grail” location; magic places that organically merge time, place and history in locations often imitated — but certainly not duplicated. For off-road racing, that unlikely theater of speed is found deep within Wisconsin’s Northwoods at a place better known as the “Big House.” Located just 100 miles northwest of Green Bay and just outside of the tiny hamlet of Crandon (population: 1,386), for 53 years Crandon International Raceway has provided three generations of fans with dirt throwing, high-intensity action and history-making performances. Crandon’s purpose-built, 400-acre facility is the finest on earth and has long hosted the largest crowds in short-course off-road racing history. Featuring more than 2,100 grass camping sites, fans enjoy two big weekends of racing each year at Camp Crandon. For more information please visit www.crandonoffroad.com. 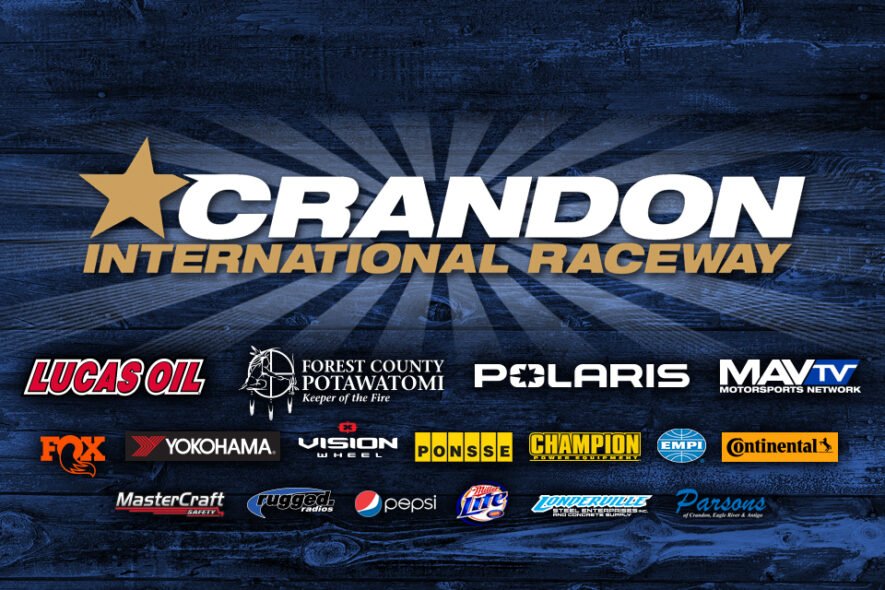