Last night at Round 4 of the Lucas Oil Offroad Racing Series at Wild Horse Pass Raceway their were hints and threats of rain coming in and dumping water on the track but this time mother nature spared us and a full night of racing ensued. Fans came in and packed the grandstands with families huddled together and kids on their parents shoulders. Even with the threat of rain Arizona showed that they are fans of short course offroad racing. 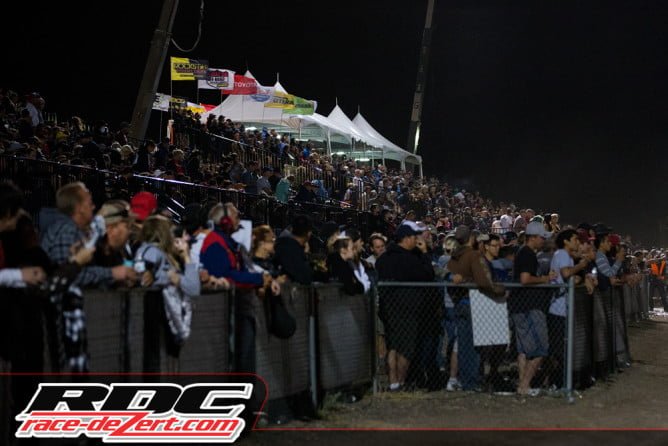 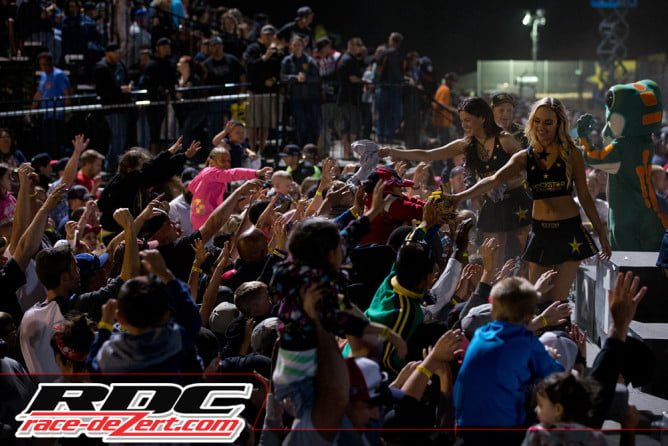 Every offroad racer has the same drive, and the same goals. To be the best and win races. It’s only a lucky few in our small community of warriors that get to know what its like to jump on top of their truck after taking the checkered flag and screaming with elation after a win. So many racers, and only a few can win each night. 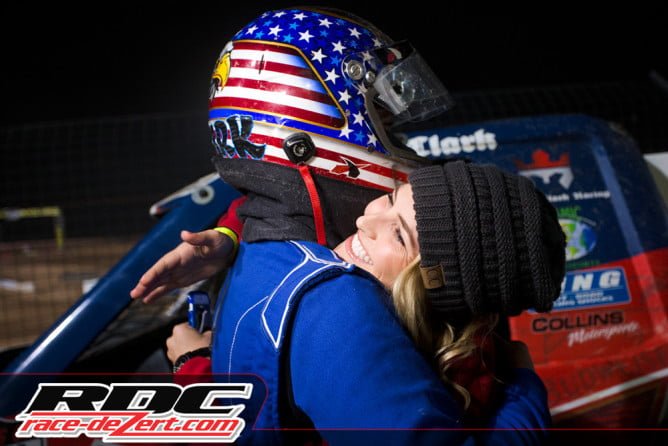 Patrick Clark joined that group last night. After setting the fastest lap in qualifying earlier in the day Clark would start front row along side RJ Anderson. Clark and Anderson both charged hard into the first two turns but it was Clark who emerged in first place coming over the big table top. From there the #25 went to work laying down fast lap after fast lap and in the end no one had anything for him. Bryce Menzies was the closest to over taking him but as the race went on Clarks truck seemed to get faster and the gap would get bigger and bigger between the two. 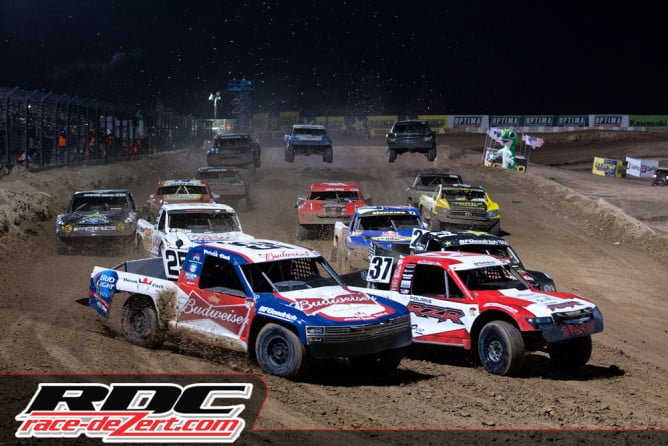 Menzies would take home second place and Jeremy McGrath would secure another third place finish after avoiding some carnage around him and squeaking by unscathed. 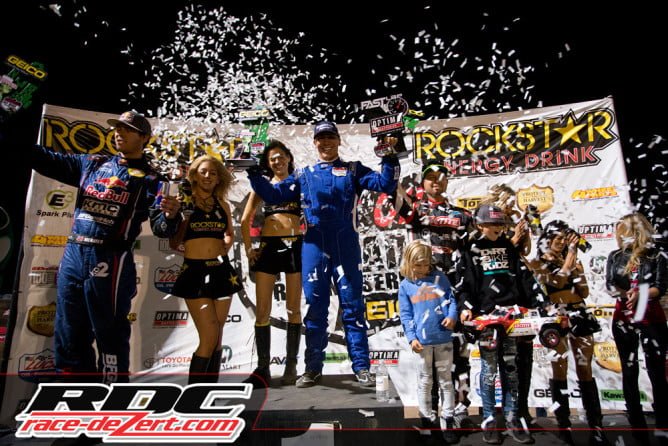 Pro Buggy so far this year has been the year of the George but last night Dave Mason had other plans. Taylor Atchison started the first few laps in the pole spot laying down some great lap times but on the fourth lap had an issue and Garrett George was able to get around him and take over the lead. Mason who was sitting in third the first half of the race put his buggy in an gear and charged for George. With some bad blood between the two in Friday’s race the fans would see how this battle would unfold, but the two raced each other clean to the checkered. George would lead most of the race but on lap 9 Mason made his move and took over the lead to the finish. 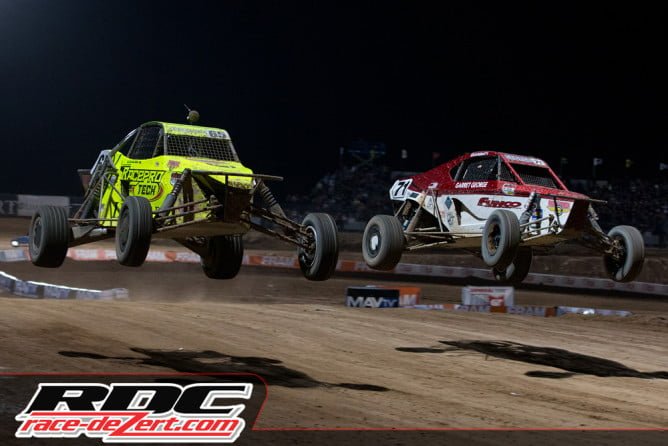 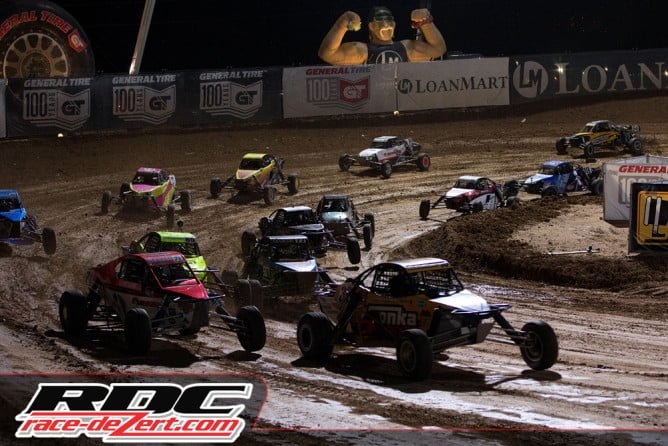 Prolite is always exciting with not just the highest number of vehicles on the course at one time, but the talent pool is rich and you really never know who is going to win the race. Round 3 winner Ryan Beat and Sheldon Creed would start front row but it was Jerett Brooks who would put his truck in the lead after the first lap. Beat left the race early on a tow truck so best buds Brooks and Creed would then battle the rest of the race swapping leads a few times. 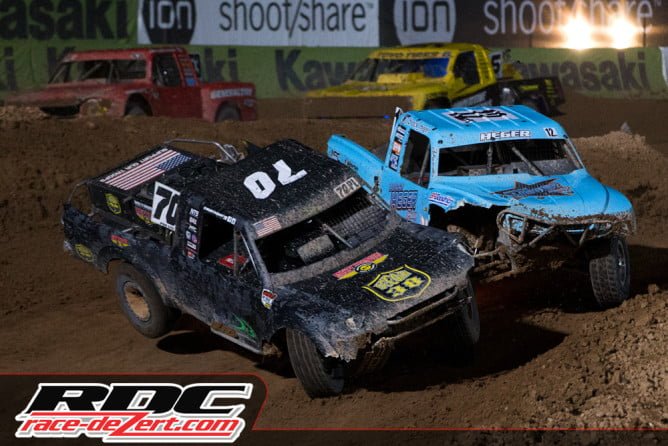 RJ Anderson, Jimmy Fishback, Casey Currie, and hometown boy Jeff Hoffman would all do their best to try and keep up with the top two trucks. Creed looked to be on his way to a win but on the last lap Brooks would make his move and squeeze by Creed and win the race. After some hard battles RJ Anderson put his truck on the podium with Creed finishing second. 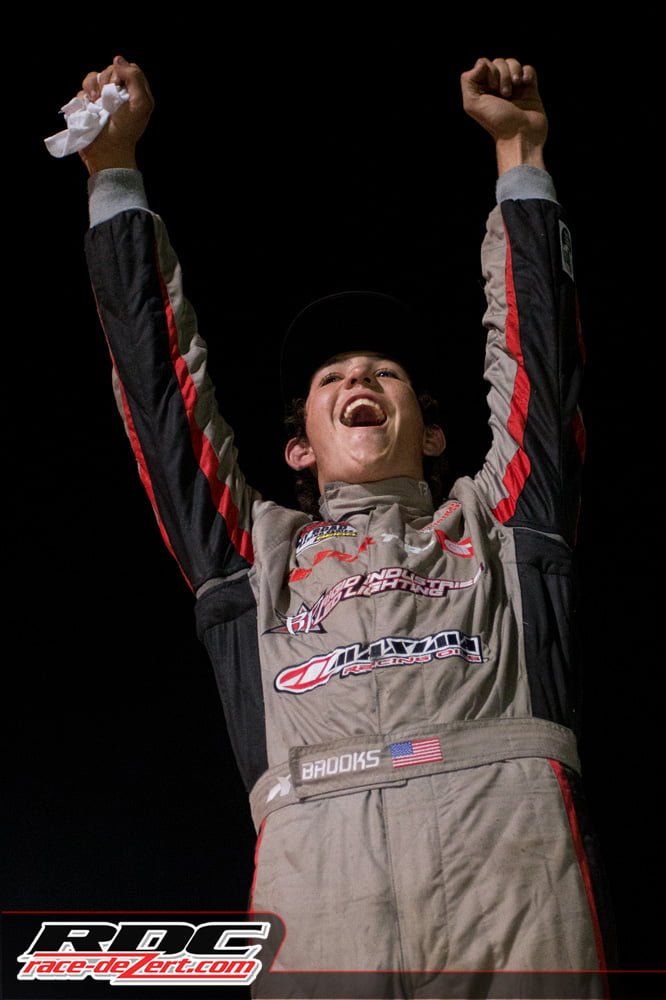 Pro 4’s were moved up to opening ceremonies to try and speed the evening up before the weather came and they made a good claim for being the first race of the show. The class is always exciting to watch no matter how it goes down and Round 4 was no different. Eric Barron in his Tonka Toyota Pro 4 blasted his way to the lead off the start of the race and after a rocky start of the season looked to be in control for most of the race. Bryce Menzies followed him closely waiting for Barron to make a mistake, but it was Kyle Leduc who came from three rows back who would steal the lead on the eleventh lap. After passing Menzies a lap prior by launching past him in the air on the front stretch, Leduc was on the rear bumper of Barron going into the next lap. 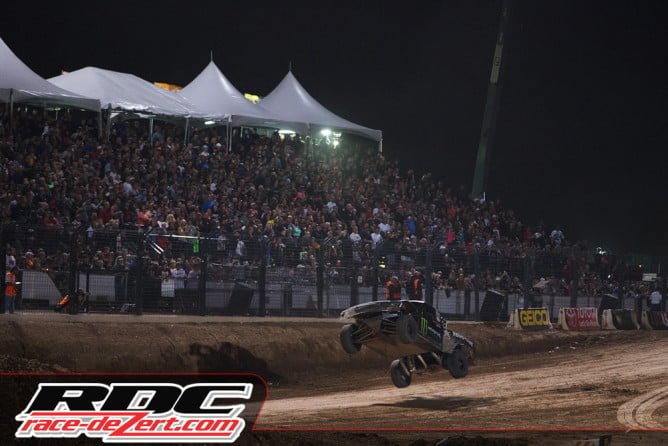 On the last jump before the finish line Barron would get crossed up and while he did his best to save it, he clipped the side wall and put his truck into a violent rollover finally landing in a mud pile off track. Safety crews would get to him right away and Barron would get out of his truck on his own power. After the yellow flag came down and racing resumed Leduc hammered down and took home his second win in as many rounds here in Arizona. Carl Renezeder who after a $20 part took him out of the race on Friday, regrouped and put the #17 back on the podium to grab some much needed points. 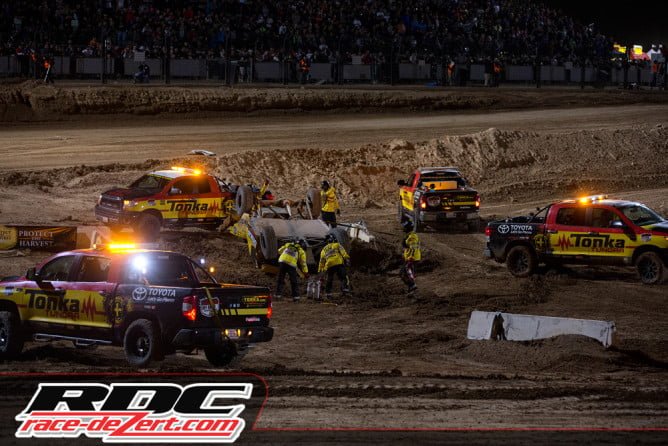 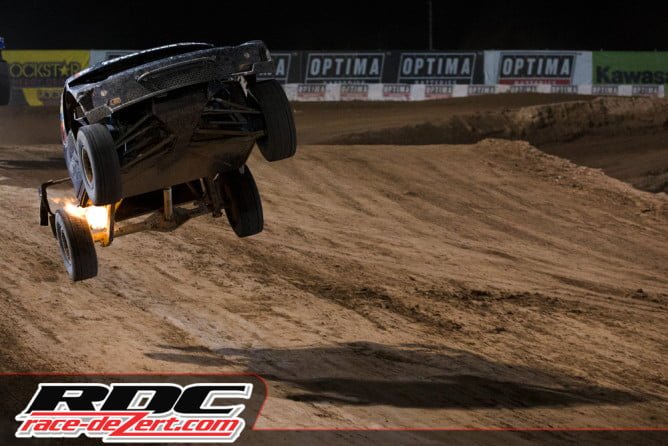 Next month the Lucas Oil Offroad Racing Series returns to its hometown track of Lake Elsinore for the first day race of the year. So far the season has started with some amazing racing and Round 5 and 6 should be no different.