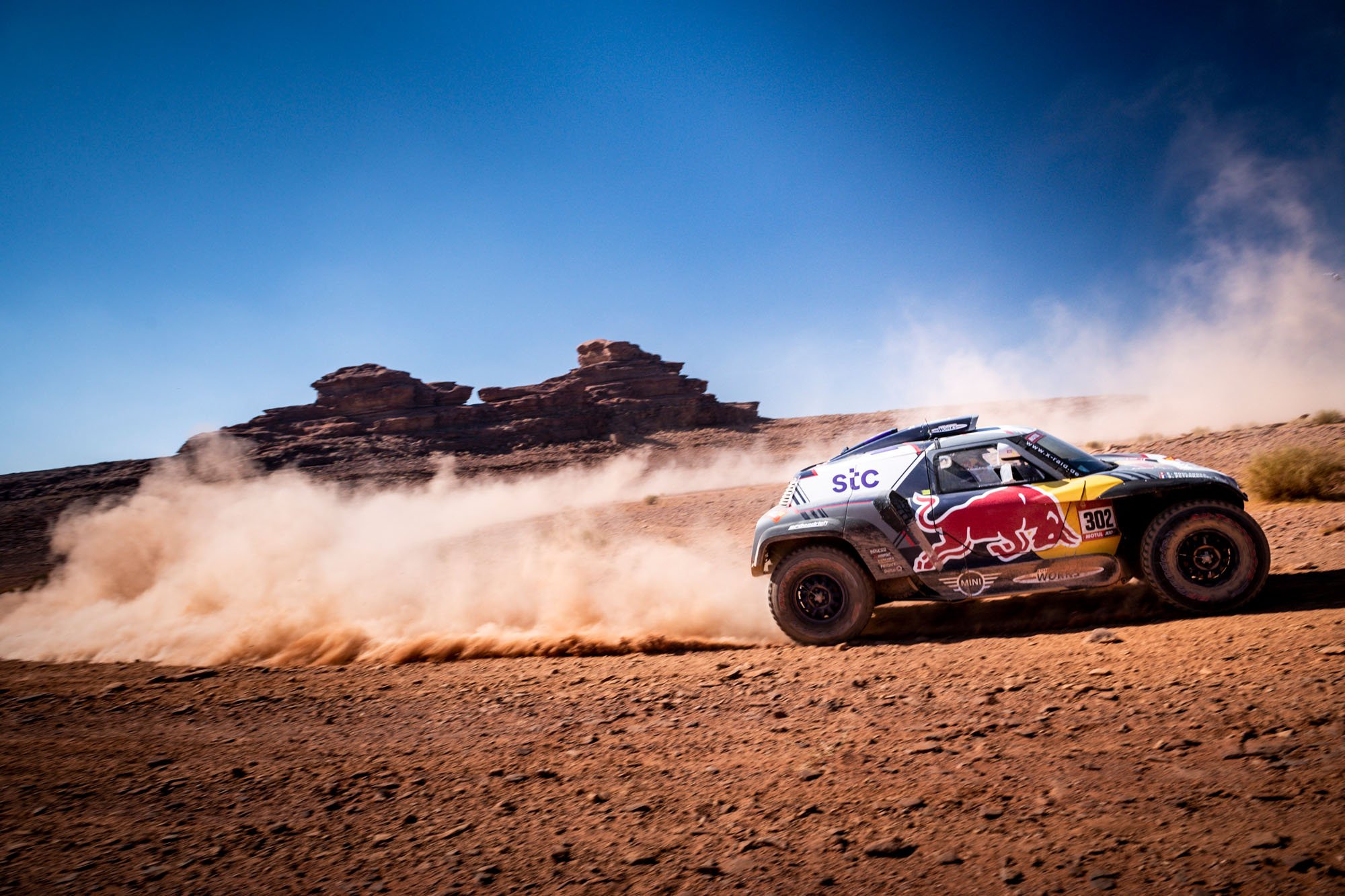 Frenchman extends car lead while Price is forced to retire from bike race.

Stéphane Peterhansel extended his car lead to over 17 minutes in Saudi Arabia but two-time bike champion Toby Price is out of the running after crashing in the first half of Stage 9. Here is all you need to know:

– Peterhansel boosted his bid for a record 14th Dakar Rally victory on the 465km loop stage around the Neom bivouac, after he put a further 12 minutes into his main rival Nasser Al-Attiyah.

– The Frenchman, who first contested the Dakar in 1988 on a Yamaha motorbike, used his guile to maintain his focus at high speed to put clear distance over three-time car winner Al-Attiyah with three stages left to race after a trio of flat tyres hampered the Qatari’s progress.

– Peterhansel, 55, said: “It was always going to be a long day, so we decided in the morning that we would not go full attack. We wanted to manage the tyres and be clean with the navigation. We overtook Carlos and Nasser. It was more a question of strategy than speed. My co-driver Edouard (Boulanger) did a great job.”

– Despres, 46, added: “It was a tough day. 465km full of rocks and full of riverbeds. It was an amazing landscape. We had one bad puncture a few kilometres from the finish, but we came through it.”

– In the bikes, Australian rider Price crashed 155km into the stage, leaving him out of the race. We wish him a speedy recovery from his injuries.

– Fellow Red Bull KTM Factory Racing biker Sunderland stayed with his teammate for 15 minutes before Price was airlifted to hospital. He then suffered a crash himself later on in which he broke his roadbook and was unable to navigate properly. He finished fourth on the day.

– Sunderland, 31, said: “I saw my buddy Toby laid up in a river bed with (Ricky) Brabec already stopped with him. I went over there to help let out the air of the airbag. After that I tried to get my head down and concentrate on the roadbook then, after about 100km more, I hit a rock. I went over the handlebars quite fast and had quite a big impact. Unfortunately I broke the roadbook and all of the GPS, then I had to follow the dust of other guys for the rest of the day which was quite scary.”

– Taking the Lightweight Vehicles win and regaining the overall lead of the category was Chilean Chaleco López, however Dakar’s youngest ever stage winner – rookie Seth Quintero – saw his podium hopes go up in smoke as his OT3 came to a standstill.

– There is a 45-minute advantage at the front of the truck race for Russian Dmitry Sotnikov with the rally going great for Team Kamaz Master, who occupy all three podium spots in the general classification.

– Deputy team leader and multiple Dakar champion Eduard Nikolaev explained: “We are happy that everyone returned to the bivouac with a good result.”

– Wednesday brings the Dakar convoy to Al Ula via a 342km timed special stage across a beautiful landscape.