All Photos by Justin Coffey/WestX1000

SAN QUINTIN, BAJA CALIFORNIA, MEXICO- Last weekend, a gathering of 30 American and Canadian racers and team members descended on the Hotel Mision Santa Maria San Quintin for a multi-purpose, rally-raid training event intended to raise funds and awareness for an upstart team of 5 Americans aspiring to attempt the 2023 Dakar Rally “Originals by Motul” in Saudi Arabia.

By the end of the successful weekend, a handful of of these racers had completed their very first rally stages navigating by roadbook while they learned to use the Rally Comp metering device and tracking system, the essential hardware and software platforms required in BAJA RALLY competitions as well as others. “It was a successful event and well worth the effort for everyone who attended”, Pearson explained, “You had a room full of enthusiastic riders listening attentively to Kyle and Mike sharing their experiences from Dakar and The Africa Eco Race. Overall, the layout was perfect and the feedback has been great so there’s more to come.” 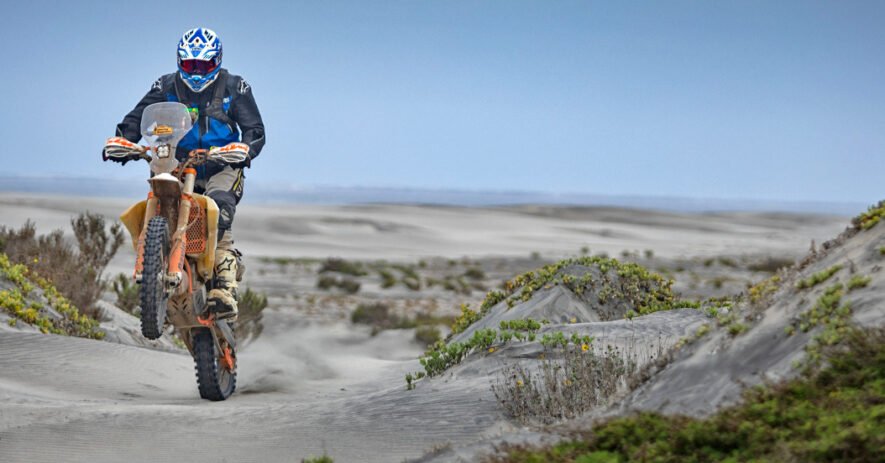 Something Different and New
As a first for Baja Rally School, prior to any classroom instruction, first-time students and trainees arrived to the event, Rally Comps installed and then were immediately released onto a succession of three, progressive training routes ranging from 4 to 13 kilometers in length. After dinner, Pearson presented the group with an entry level roadbook training curriculum that wrapped with a Q&A session.

“Normally, the classroom session comes before we sent riders and drivers onto first training stages”, explained Baja Rally General Director Mauricio Parra Aquilar, “In this case, we emailed them simplified roadbooks, some reading assignments and quizzes a week in advance. That way, they were ready for what we gave them Friday afternoon and resulted in the entire group finishing the 135 KM of stages on Saturday.” 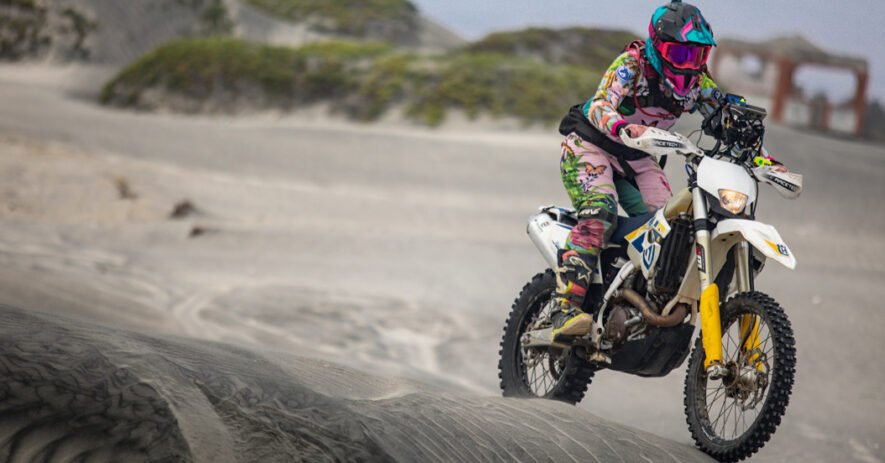 No stranger to enduro racing, this was the first time Stephie Schenkel (Valle de Bravo, Mexico) had navigated with roadbooks.

The Rally Comp Factor
Getting used to the Rally Comp device is one of the first obstacles that rookies need to deal with in their first rally raid competitions. Training programs such as these take all the Rally Comp jitters out of the equation for first time racers before they even show up to the first race. This results in a safer and more enjoyable rally experience for everyone. 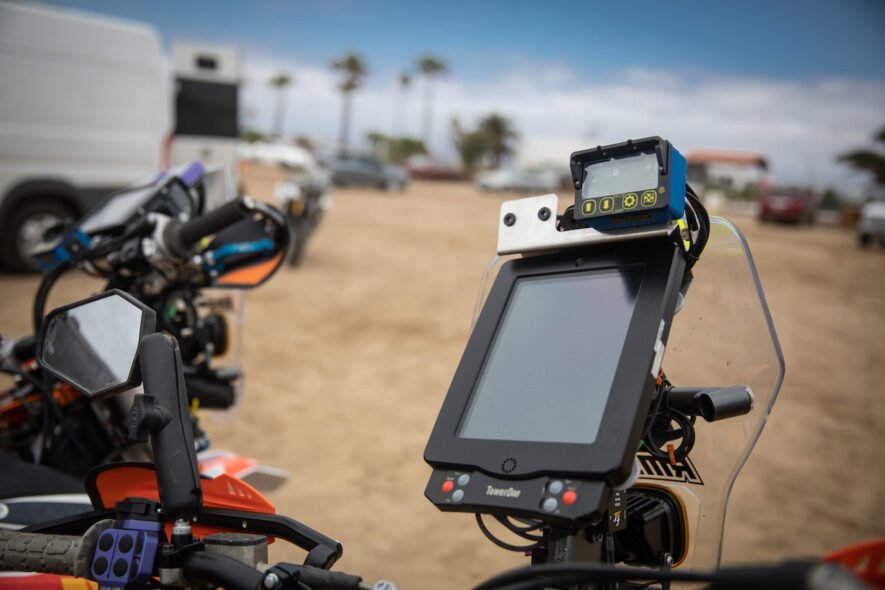 Setting The Stage for Six Day BAJA RALLY October 2-8, 2022
With this 3-day roadbook training under their belts, all 15 riders can set their sights on the upcoming Six Day BAJA RALLY staging from here from Mision Santa Maria Hotel in San Quintin. For more information about the details, costs and logistics of the Six Day BAJA RALLY Powered by Rally Comp, visit www.bajarallymoto.com A team of Americans assembled the American Rally Originals(ARO) to tackle the toughest motorcycle class of the toughest race in the world – the renowned Malle Moto class in Dakar Rally (previously known as The Paris to Dakar). It is a 15 Day extreme rally navigation race throughout the landscapes of Saudi Arabia.

After finishing the Dakar Rally in 2020 (Supported with a mechanic and team), Kyle McCoy dug deep into the history of American finishers and realized (from old records and speaking with the organization): No American has ever finished in the “Malle Moto” class of Dakar in its 45-year history.