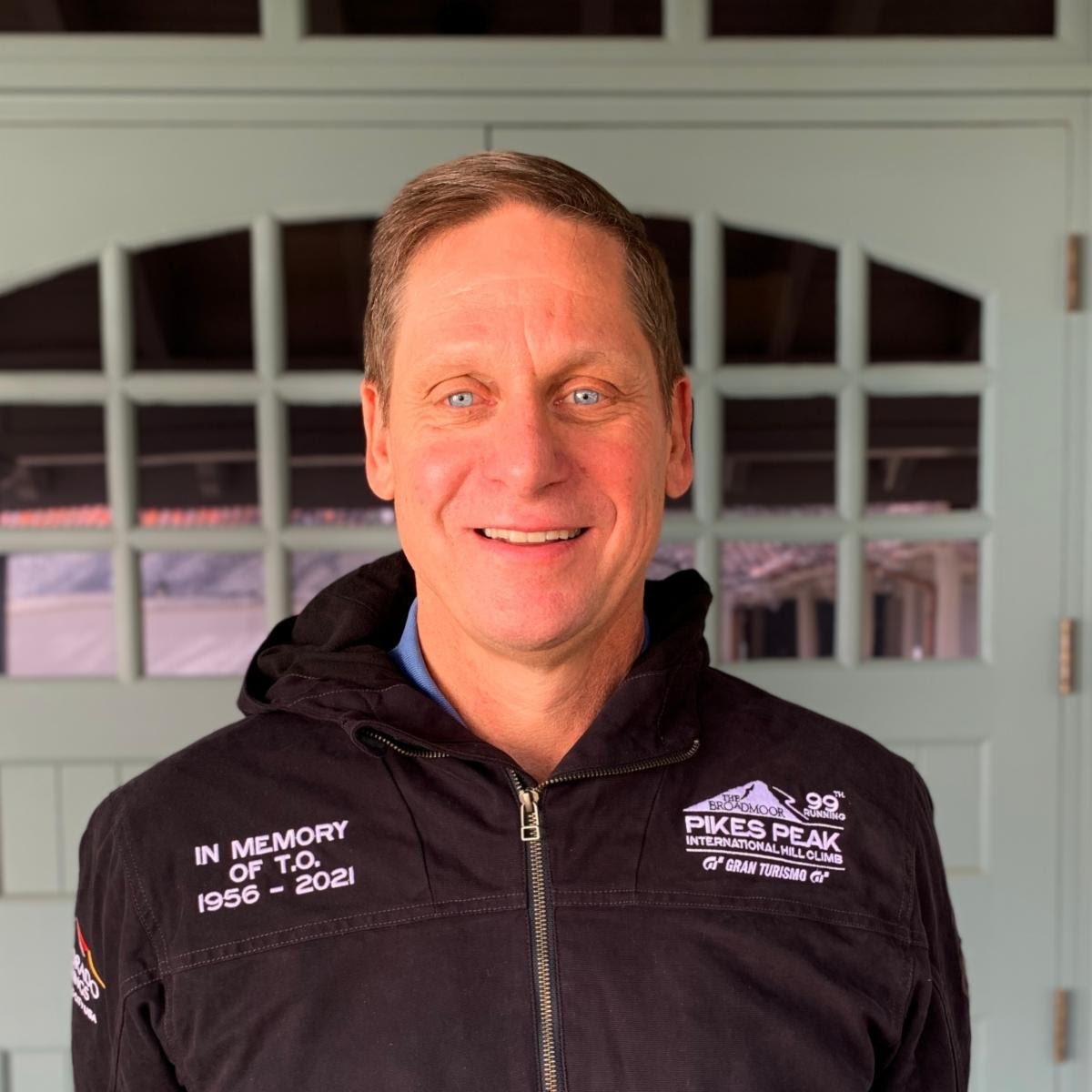 Colorado Springs, CO – The Pikes Peak International Hill Climb has announced Bob Bodor as Executive Director. Bodor follows Megan Leatham who led the organization for the past ten years. At the helm of the second oldest motorsports race in America, Bodor will usher in a new era on the mountain, beginning with the milestone 100th Running of the Race to the Clouds on June 26, 2022.
“It is a great honor and privilege to accept this one-of-a kind opportunity,” declared Bodor. “As any resident of the Pikes Peak Region can attest, there is only one America’s Mountain and only one Hill Climb. I am excited to make new friends and build relationships with the entire Pikes Peak International Hill Climb staff, the racing community, our outstanding volunteers, partners and sponsors. I am eager to join the team and support the ongoing efforts leading up to the 100th Running of our iconic race next summer.”

With a career forged in sports, Bodor joins the PPIHC following a six-year stint as Director of Member Services at USA Fencing focusing on program and business development. His previous position was with USA Racquetball as head of the Membership Services team and Event Coordinator where he assisted with six USA Racquetball Championship events in 2015.

Coaching football at the collegiate level for 25 years at eight colleges and universities throughout the country, Bodor knows all about teamwork. He was the head football coach at Colorado College in Colorado Springs from 2003 to 2009. He is a graduate of Denison University in central Ohio where he was a four-year player on the Big Red football team.

Bodor is a member of the Colorado Springs Regional Business Alliance Sports Economy Team and serves on the Board of Directors of the Pikes Peak Marathon. In that role, Bodor has come to understand the challenges involved in executing a sporting event at 14,000 feet.

“Bob impressed all of us with his commitment to our community, his success as a team member, and his willingness to do whatever it takes to get the job done,” shared Fred Veitch, PPIHC Board Chairman, “His passion for sports, his years of leadership and coaching, and his enthusiasm for the event are a winning combination for the Pikes Peak International Hill Climb, and we’re eager to introduce him to our extended Hill Climb family.”

ABOUT THE PIKES PEAK INTERNATIONAL HILL CLIMB
First staged in 1916, the Pikes Peak International Hill Climb is the second oldest race in America. The invitation-only event, often referred to as The Race to the Clouds, is held annually typically on the last Sunday of June on Pikes Peak – America’s Mountain, near Colorado Springs, Colorado, USA. The famous 12.42-mile course consists of 156 turns, boasts an elevation gain of 4,725 feet, and reaches a finish line at 14,115 feet above sea level. The PPIHC’s automobile categories feature a wide variety of vehicles representing multiple forms of motorsport; everything from production-based Time Attack challengers to purpose-built Open Wheel racers and state-of-the-art Unlimited vehicles take on America’s Mountain pursuing victory.