The Sand Sports Super Show is finally here and with that all the action and intensity of Robby Gordon’s Stadium Super Trucks. The gates opened at 4pm leaving enough time to see the practice, at 7pm when the real show began. First with the SST heat races then the Class 1400, Trophy Karts and the SST main event. 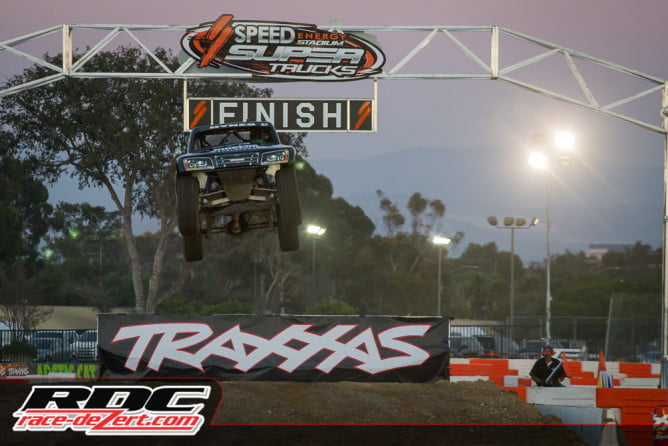 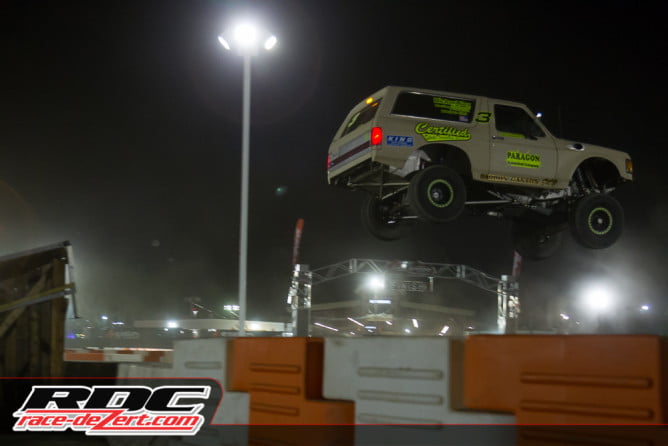 During the event, the Trophy Karts and the Class 1400 also made an appearance giving to the fans a great show to watch, something worth mentioning is the entry of Robby’s son “Mad Max” Gordon at only seven years old in a kart built by his dad. 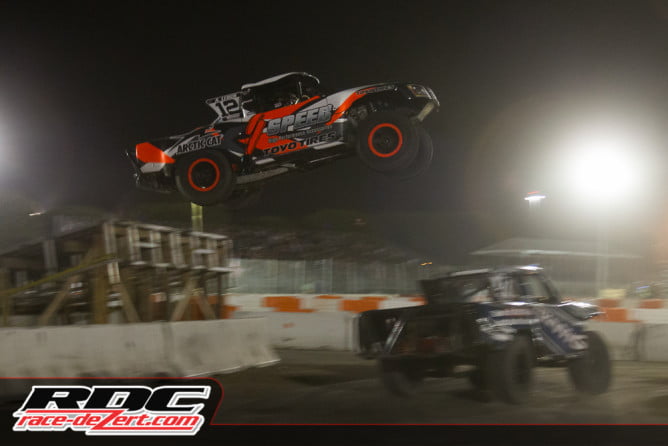 In the main event it was all or nothing having a great battle underneath the lights of the OC Fairgrounds where Sheldon Creed in the last lap ended up wrapping the security fence cable around his rear axle, without noticing Creed was pushing hard and ended up ripping off part of the fence and getting stuck losing his position in the race. PJ Jones took 1st place gaining precious points for the championship that Sheldon Creed is leading. 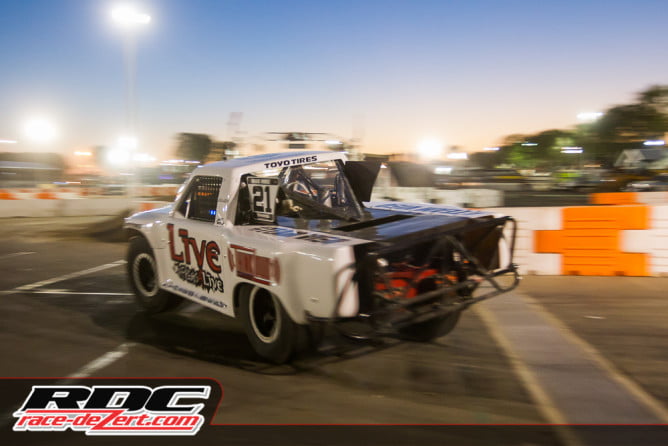 The show continues today with the Round 13 of SST with gates opening at 5:00pm and tomorrow opening at 10:30am where they will race mid day instead of at night here at the OC Fairgrounds, the Sand Sports Super Show!