The Lucas Oil Offroad Racing Series returned to the Miller Motorsports Park in Tooele, Utah for Round 7 of racing. We’re now at the midway point of the season so its up to the racers to plant their feet in the ground and start making their push towards a point championship. With news that the motorsports park may close down at the end of the year unless the Miller family find a buyer, this very well could be the last time short course offroad racing happens in this great state. 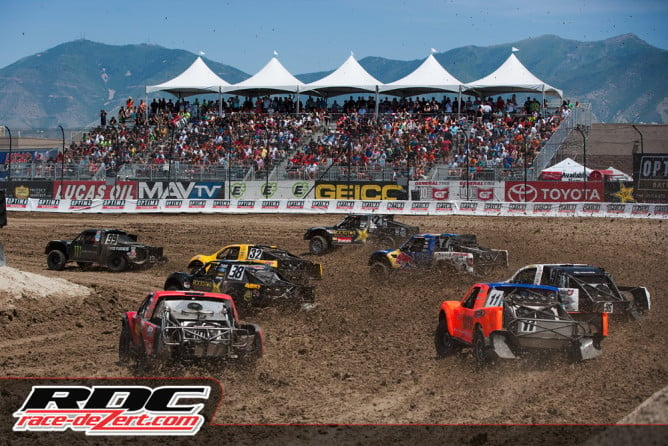 If you could put the Pro 4 season up to this point into a hashtag, it would be #steelo. Steelo is the name given to his new Pro 4 by Kyle Leduc, and after taking the win today it would make 6 in a row. To win six times out of seven is quite a feat and if anyone is to dethrone the champion they’ll have a rough road ahead. 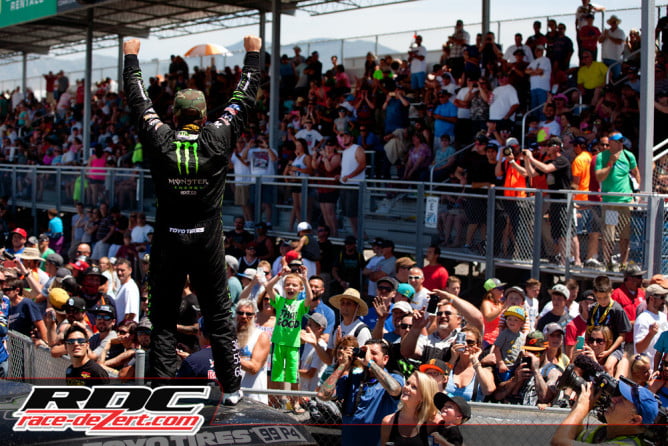 Starting on the pole once again Leduc took no time in grabbing the hole shot and from there it was over. Like prior races before once he gets the lead its all over and the rest of the field just battles for second. Bryce Menzies who is in his rookie season in Pro 4 said it has been a struggle learning how to drive his Pro 4 on this track as its a very technical and rough, but he was able to dig deep and pull off a second place. Brian Deegan who is also a rookie in Pro 4 this year finally landed his first podium rounding out the top 3. 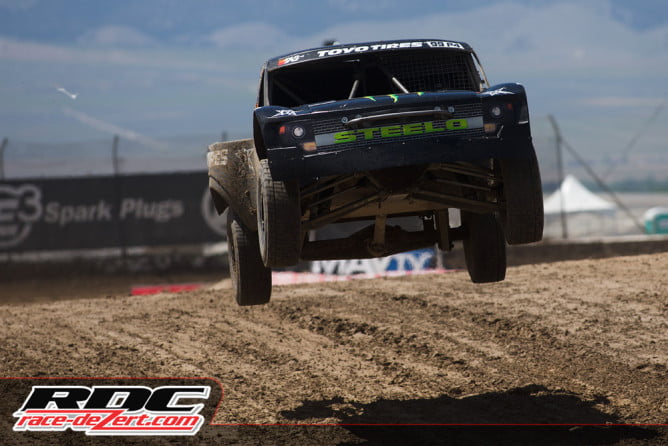 Brandon Arthur has found his way to the lead in Prolite on many occasions this year but a small mistake has let another driver steal the win away. Today was the same as Arthur took the lead off the start and ran strong for half the race, but a small blunder let Jerrett Brooks sneak by. From there Brooks ran his lines and stayed consistent not letting anyone get by and taking home another Prolite win. Ryan Beat who worked his way up to second place at one time would have to settle for third. 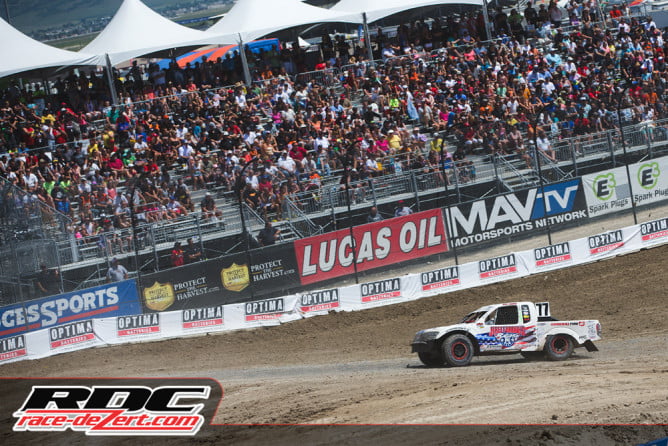 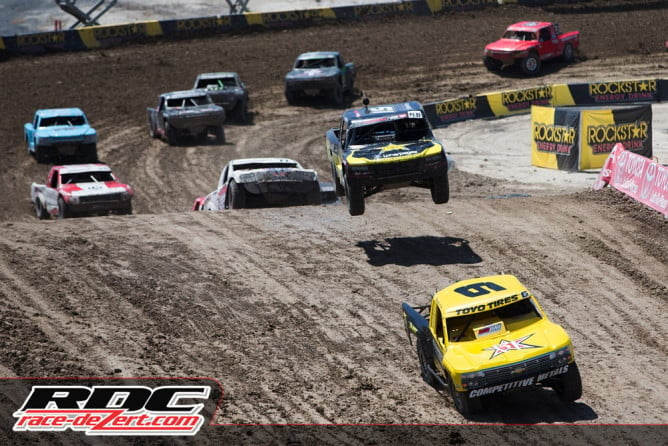 This weekend is Father’s Day, and Darren “Hot Sauce” Hardesty Jr. gave his dad and grandpa a great present. The 14 year old who started out in Trophy Karts took on the Pro Buggy class this year and today was able to take home the win and take home his first 1st place trophy. Garrett George had the lead for the early part of the race, but Hardesty was able to get around him after some mechanical issues. Kevin McCullah and Mike Valentine finished off the podium but neither driver could catch up with the spice known as “Hot Sauce”. 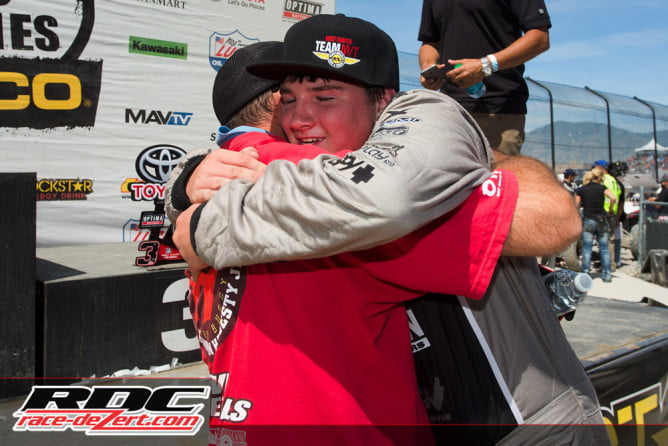 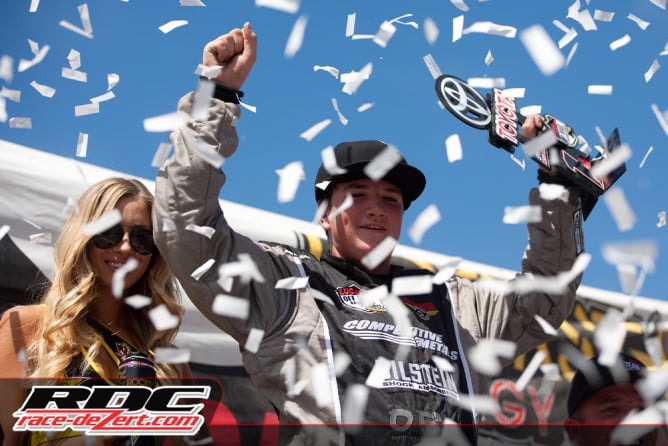 The final race of the day was Pro 2 and RJ Anderson was very close to taking home his first win in the class. He took the lead off the start and ran a smart race up until a small over rotation allowed a few trucks to get by. That mishap let Bryce Menzies take control, and just like when Kyle Leduc gets a lead in Pro 4, when Menzies gets the top spot in Pro 2 there is no looking back. The rest of the race Menzies put down a pace no other trucks could match and he took home his 4th win of the season. In an ever evolving rivalry Carl Renezeder and Sheldon Creed once again traded some fiberglass in a hard fought battle, and after the checkered flag it was Renezeder who edged out Creed. 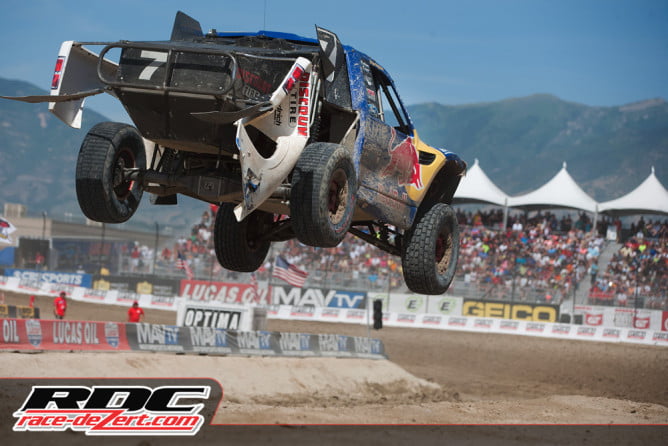 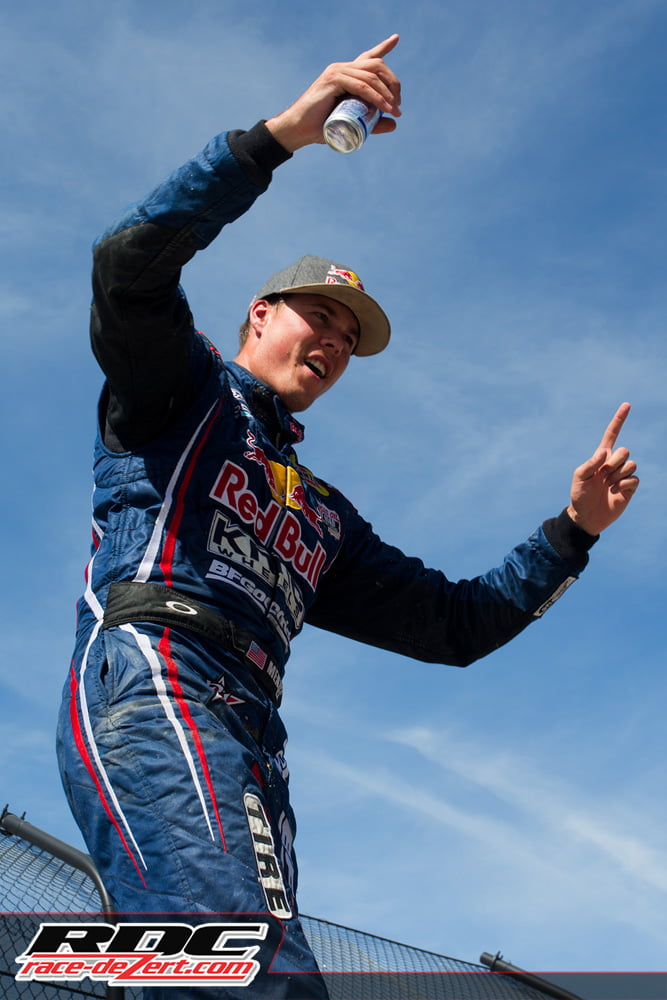 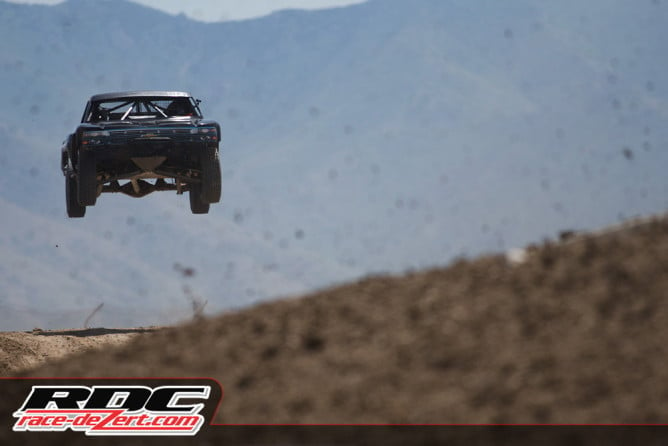