As each round progresses at the Lucas Oil Offroad Racing Series points are becoming even more important. As the chase for the championship comes to a close teams are digging hard to steal every point away they can from their competitors, and with three rounds to go things are starting to heat up. 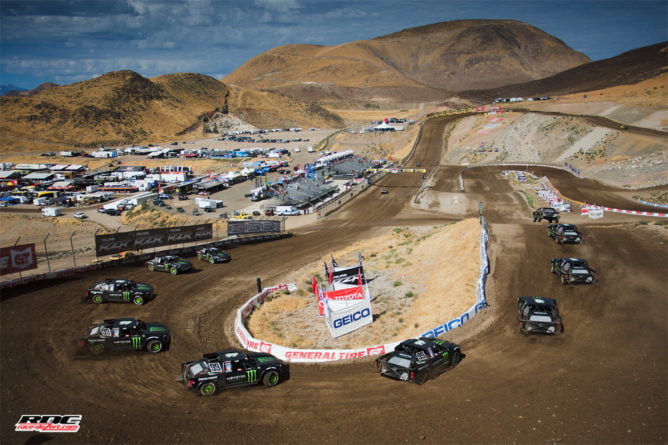 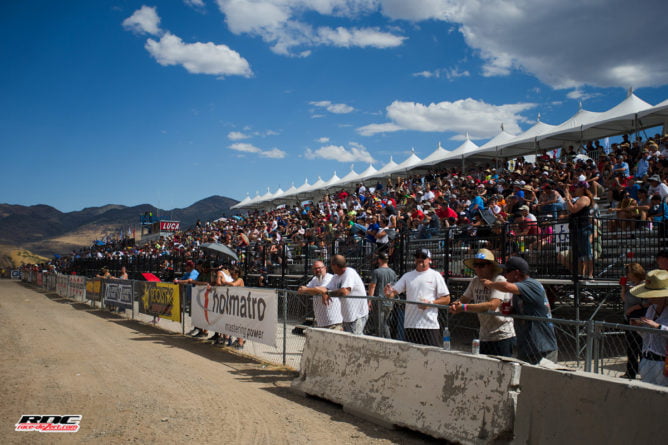 Sunday Round 10 went down in Reno Nevada at the Wild West Motorsports Park and fans got to see the points battles up front and in their faces. The drivers always want to put on a show for the fans and in Round 10 they did just that.

Last years Pro 4 champion Kyle Leduc came into the weekend with a points lead but the gap became smaller after two rounds in Reno. Leduc struggled in qualifying Sunday which put him in the back row to start the race and was just never able to move his way up the field finishing in the fifth position. Bradley Morris who was filling in for Rob MacCachren while he had to head back home to take care of a family emergency, did a great job securing some much needed points grabbing a third position. Rob Mac was second in points going into Reno and now he’ll leave there only 9 points behind Leduc. 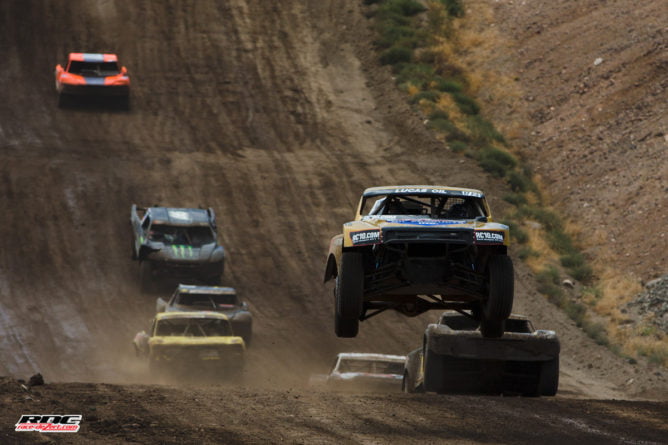 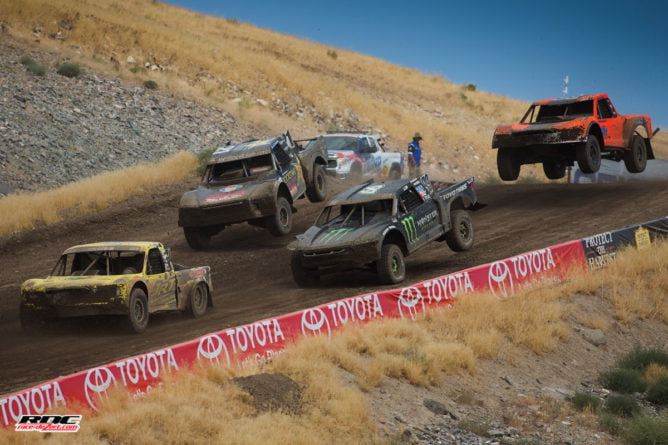 Going to Glen Helen in a few weeks for two more rounds of racing, if Rob Mac where to finish both rounds two positions higher then Leduc it would put him only one point behind going into the final round. If that is the case we are in for some great racing the rest of the year in this class. Not to be outshined by the points chase though, RJ Anderson who is a rookie in the Pro 4 class finally got his first win after struggling to find his confidence in the class. RJ followed Carl Renezeder for the first half of the race but eventually made the pass and from there didn’t look back. 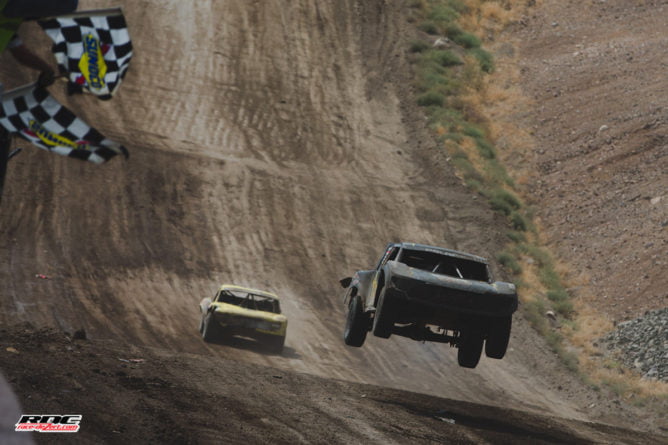 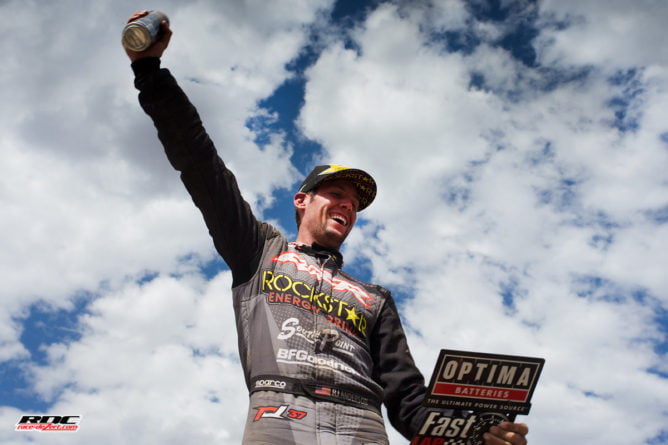 The Prolite class has the closest points race going after Reno. Round 9 we saw Brock Heger tie Jerett Brooks in points by qualifying first and also winning the race, but Brooks took back his points lead on Sunday after leading the race from green to checkered. 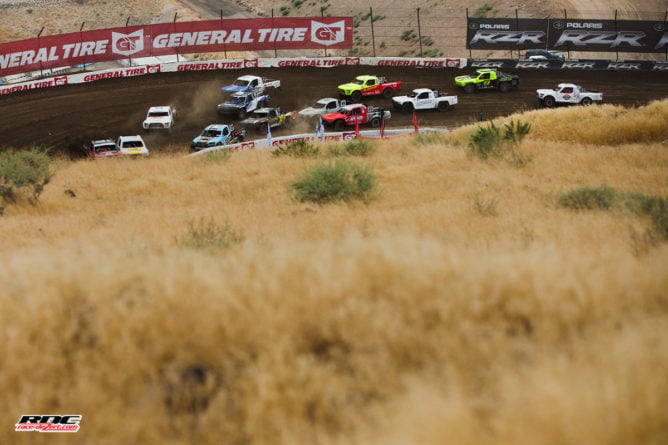 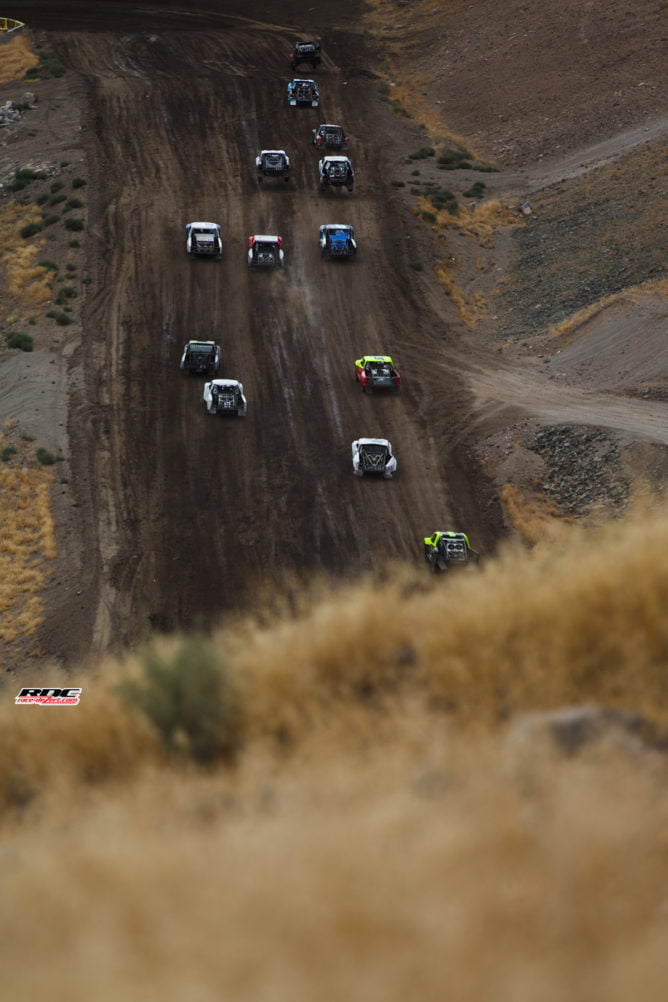 The two drivers have been close all season long so its not really a surprise that they are so close in points, but now its time to dig deep as every point matters going forward.

Much like the Prolite race, Pro Buggy has also been a close battle all year long. Good friends Darren Hardesty Jr. and Elliot Watson have been going back and forth from the start each taking three wins this season, and in the first ten rounds of racing each driver has only missed the podium once. 5 points separate the two drivers which means in any of the last three rounds, a DNF by either could spell disaster for their hopes to a championship, particularly Watson. 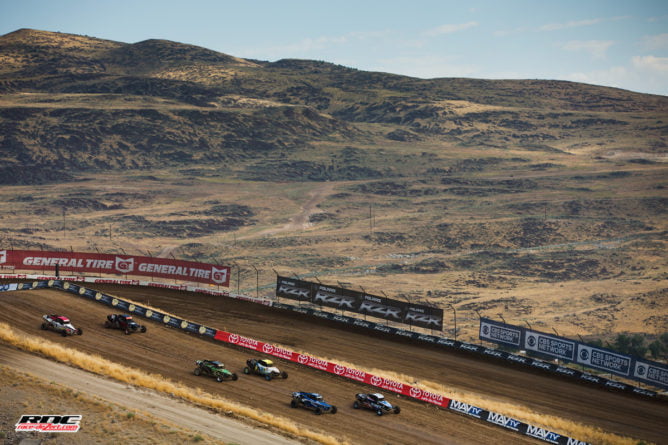 Sterling Cling however doesn’t care about their friendly rivalry and is doing everything in his power to try and do his part in spoiling their celebration plans. Round 9 on Saturday Cling took home first place and he doubled up on Sunday sweeping the weekend. While he is 19 points behind Hardesty, crazier things have happened and in this sport we know that anything can happen. Mathematically Cling is still in the hunt and with a little luck could have a chance at a championship.

In Pro 2 Jeremy McGrath came into Reno with a 21 points lead over Brian Deegan and he left it was a 26 points lead giving him the biggest gap going into the final three rounds of all the big four classes. McGrath is chasing his first championship since racing short course and it looks unless something drastic happens he’s on his way to doing just that. 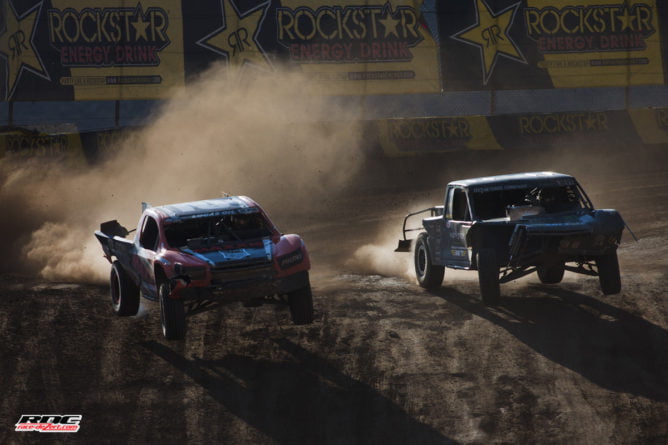 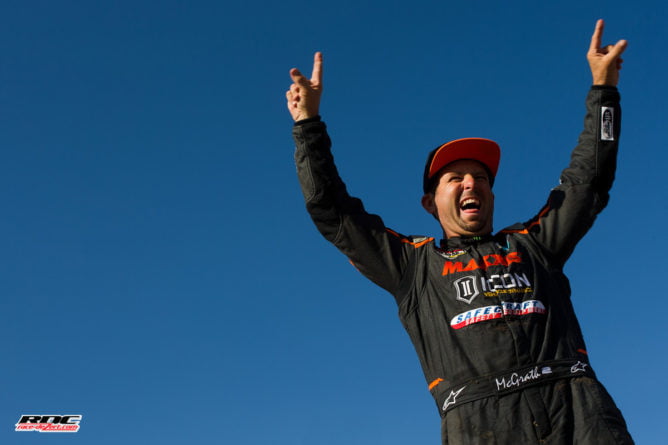 McGrath has been on the podium for only half of the races this year but when not on the podium he is finishing close to it in forth or fifth position. That consistency and reliability of his truck and talent has been what had gotten him to this point. If he plays his cards right and plays it smart the rest of the season he just may be wearing that championship wreath in Chandler in October. 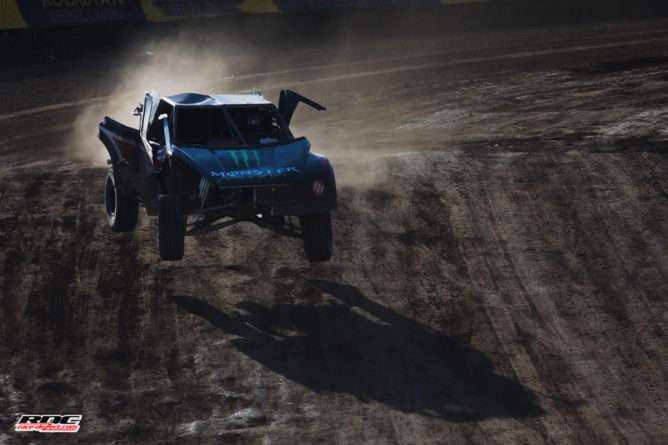 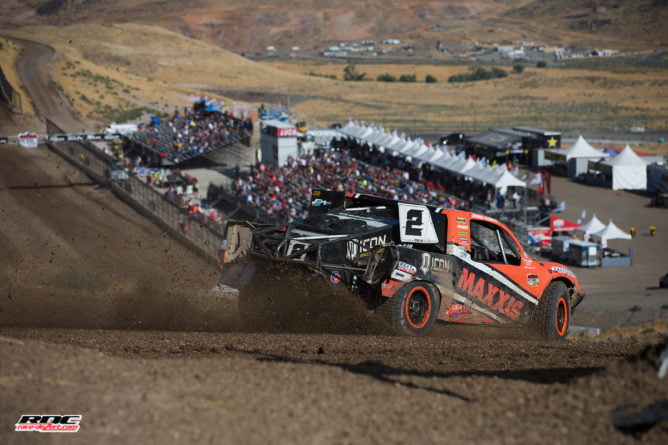