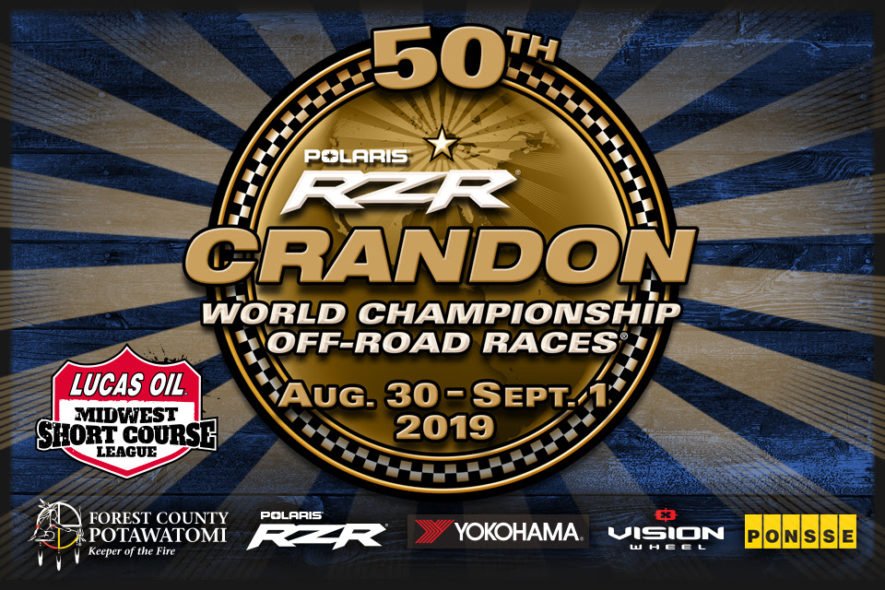 CRANDON, Wisconsin (July 31, 2019) – Marking the continuation of a long and powerful relationship, Crandon International Raceway has made it official – Polaris RZR will be returning as title sponsor for Labor Day weekend’s historic World Championship Off-Road Races®.

Also included in today’s announcement is the naming of Polaris’ incredibly successful RZR brand as the “Official SxS” of Crandon International Speedway.

Taking place August 28th through September 1st, this year’s five-day Crandon World Championships — including three full days of racing — will mark the golden anniversary of the world’s biggest off-road short course race, with a record crowd of more than 60,000 people expected to attend the Labor Day weekend celebration. While a final schedule is expected to be released shortly, a complete slate of Lucas Oil Midwest Short Course League Pro and Sportsman races is expected, as are special events, concerts and other unique fan experiences. 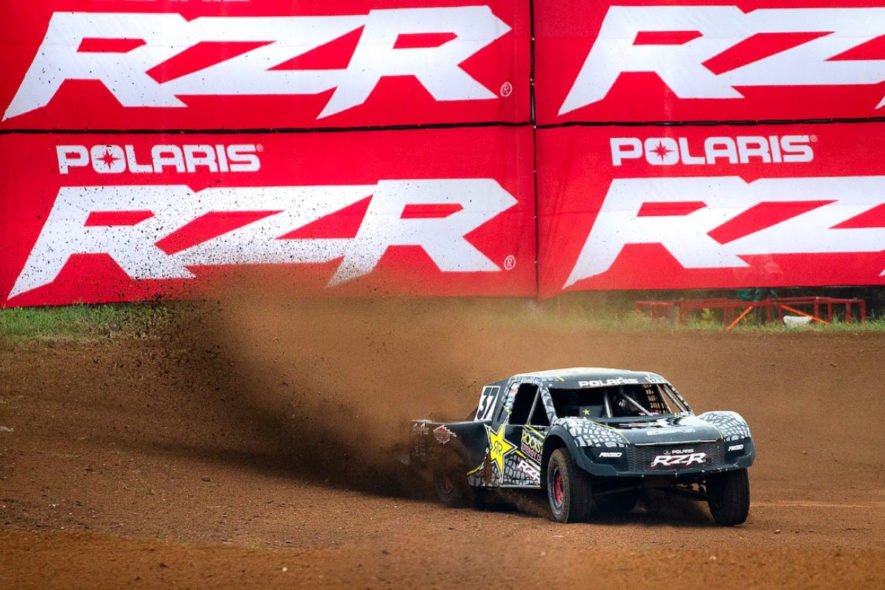 “Crandon International Raceway and Polaris RZR have enjoyed a strong partnership, one that mirrors the track’s incredible growth in recent years,” shared Polaris RZR Brand Marketing’s Justin Ulrich. “We are proud to continue our role as title sponsor of the Crandon World Championship Off-Road Races, as well as the race track itself. This is a very special year at Crandon, and we are looking forward to celebrating with our race drivers, teams and the track’s fans.”

Wisconsin offers ATV and OHV riders an extensive network of trails throughout the state, with more than 10,000 miles of trails available to ATVs and UTVs. County, state and private lands have cooperated to make Wisconsin’s trail system one of the most extensive in the country, while local clubs help maintain the riding trails year-round.

The Polaris RZR brand will enjoy a highly-visible presence at the upcoming World Championships, including track signage and commercial airings, while RZR fans will enjoy a very unique 15-minute Polaris test drive experience around the facility via the Crandon Off-Road Park. In addition to the track’s RZRs, the Crandon staff also relies heavily on several Polaris Rangers needed to keep the facility’s 400-plus acres in shape all year long. 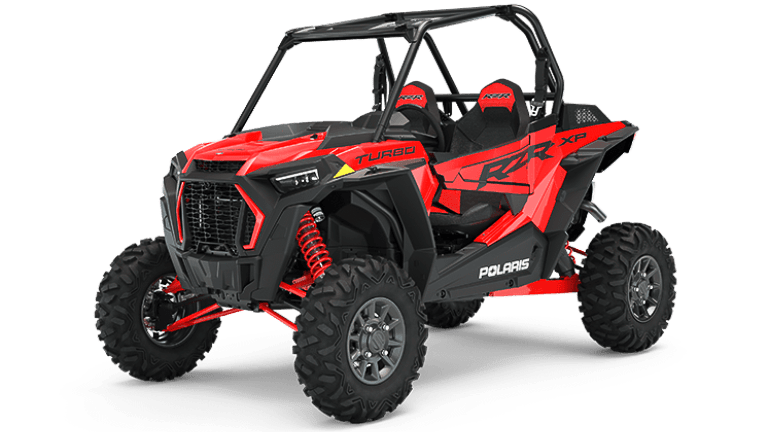 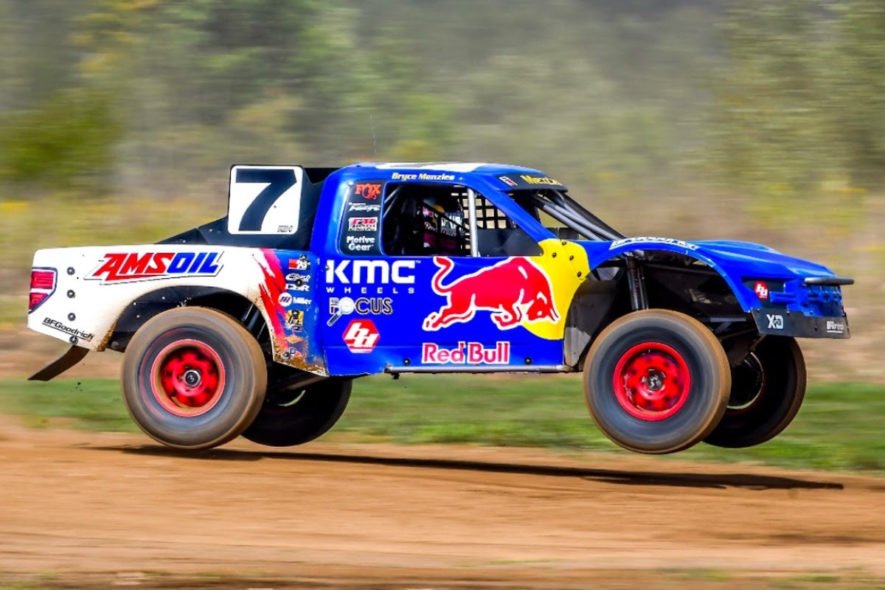 HUGE PRIZE: One of the these brand new Polaris RZR Turbo XP two-seaters will be awarded to two Pro 2 and Pro 4 class champions at the 2019 Crandon World Cup (top). Last year Pro 4 champion Bryce Menzies was one of the lucky winners. (Photos: Polaris, Lauren Maciosek)

The 50th anniversary weekend will also play host to the sport’s largest and richest single-day of racing, the 4th annual Crandon World Cup. Once again, all Pro-category classes, including two Pro SxS categories, will earn their share of a huge cash and prize purse, as well as earning coveted Crandon World Champion titles and specially created Olympic-style gold, silver and bronze medals. Since its inaugural running in 2016, the non-points, non-denominational day of competition has been a favorite for racers and their fans alike, with one of the largest fields in recent short-course history expected at Crandon to celebrate 50 years of the highly popular sport.

As is Crandon World Cup tradition, along with a cash prize the winners of both Sunday’s Pro 2 and Pro 4 races will once again earn a brand new two-seat Polaris RZR XP Turbo worth approximately $21,000 each. HARD WORKING RANGERS: Keeping a 400-plus acre facility like Crandon International takes lots of manpower and the proper tools. One of the most valuable assets are these Polaris Crew XP1000 four-seaters. (Photo: Polaris)

In recent years, the incredible growth of the high-performance Side-by-Side (SxS) industry has revolutionized the entire off-road industry, with high-performance products from Polaris, Yamaha, Arctic Cat, Can-Am, Kawasaki and now Honda raising the stakes at an impressive pace. Naturally, racing these highly-capable machines was a natural evolution of the movement, and now there are UTV-competitions around the world including the Crandon World Championships and World Cup.

“We welcome Polaris RZR back to Crandon’s growing list of relationships with the world’s top brands,” explained Crandon President Cliff Flannery. “Their support of the ‘Big House’ is an important part of our entire operation, especially the upcoming 50th anniversary World Championships. Crandon enjoys being a big part of Polaris’ marketing and racing activities, and we may have a few more surprises up our sleeve before it’s all said and done. Stay tuned!” 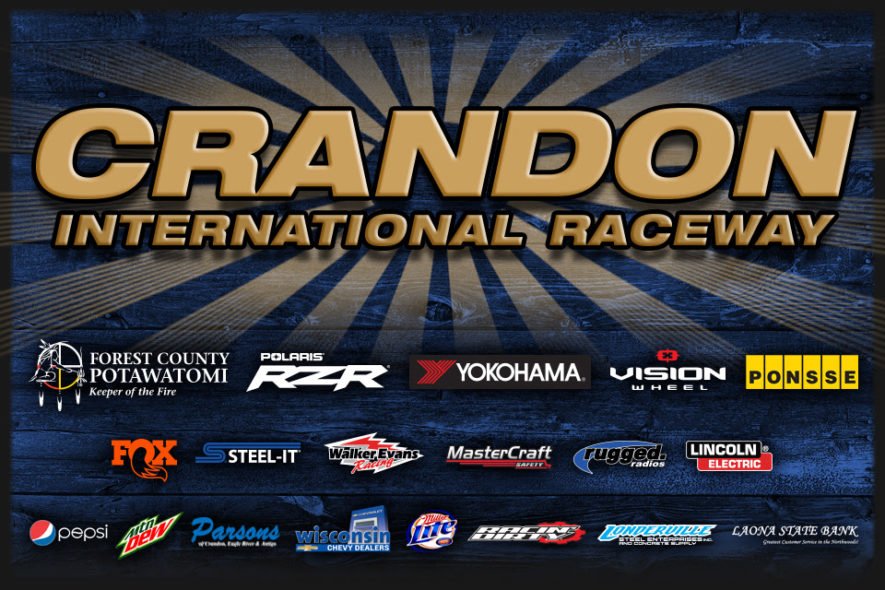