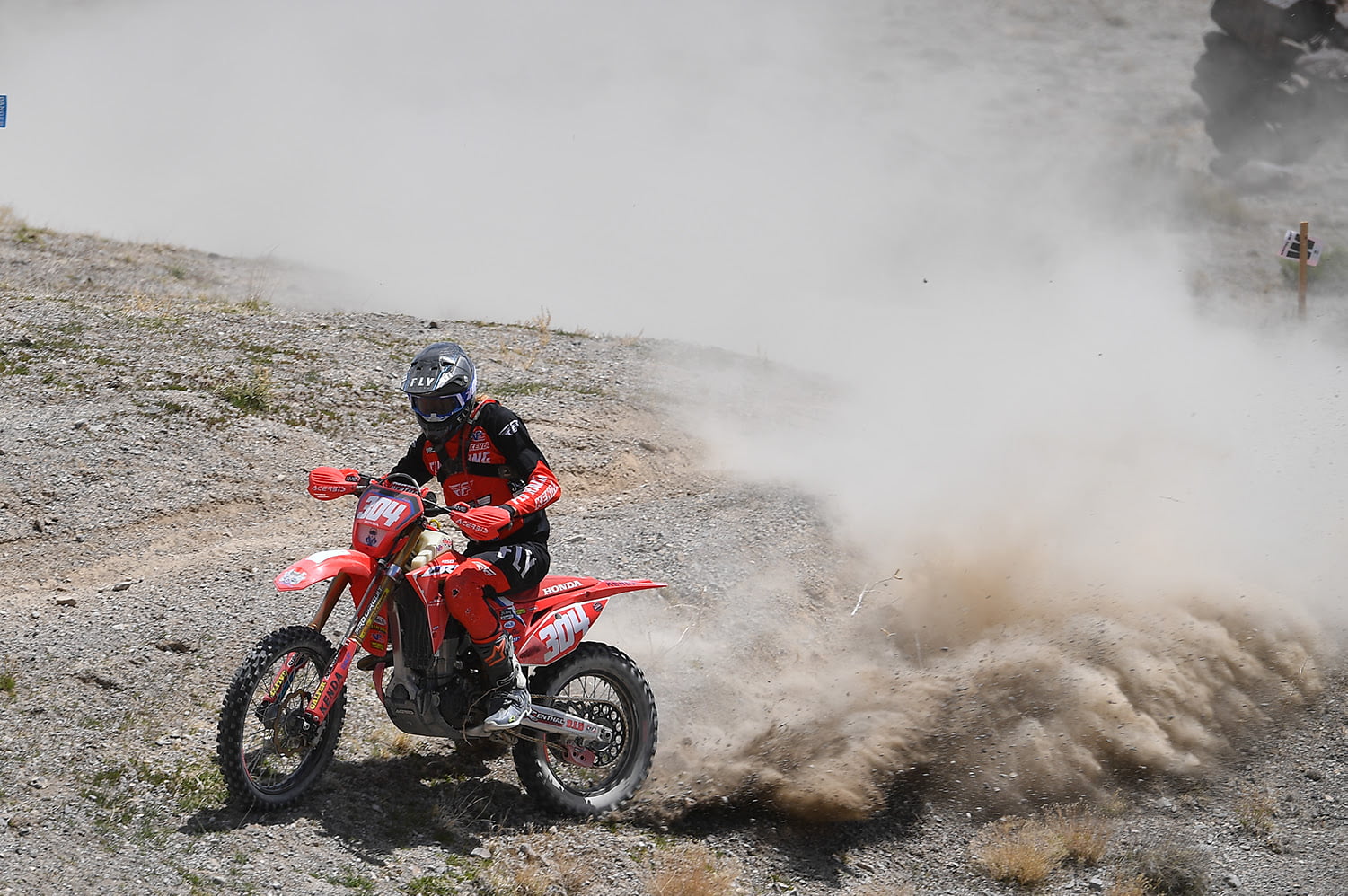 It was a BIG race weekend for JCR/Honda’s Preston Campbell pulling a “Double-Duty”. Claiming his first-ever podium finish in the AMA National Hare & Hound Championship (NHHA) on Saturday in Jericho, Utah, and then driving over 9hrs to Lucerne Valley, CA to win his second consecutive overall victory in the AMA District 37 Hare and Hound Championship on Sunday.

Saturday, April 17, was Round #4 NHHA Championship, in Delta, Utah.
Preston lined up poised and focused on attacking the 2- loop 91-mile desert course hosted by the Sugarloafers MC. Armed with his Gage Day prepped Honda CRF450X, He rocketed to a top 3- start at the end of the bomb run. Preston quickly moved past the leader and lead the pack of 613 riders through the first 51-miles of high speed, whooped-out, sandy terrain of loop 1. After a quick pit stop, he took off for a more technical mountainous loop 2, where the riders would climb to over 7000′ in elevation. At the finish, Preston collected his first podium of the championship in 3rd overall.

Sunday, April 18th, was Round #4 District 37 H&H Championship, in Lucerne Valley, CA.
After an all-night drive, the young Campbell, lined up for the second time on the weekend to compete against SoCal’s best desert racers. This time it would be in Johnson Valley OHV where the SoCal MC challenged the racers to 2- fast and furious loops of nearly 80 miles. Off the start, Preston held a mid-pack position at the end of the bomb run, running in the 10th position with a lot of dust. Not to be denied, Preston went to work and made clean precise passes, making his move into the lead position just before entering the pits. A quick VP Racing fuels/ IMS products gas stop and clean 100% goggles had Preston fresh focused and out in dominant fashion to stretch his lead to over 3 minutes by the checkered flag.