We caught up with Red Bull Off-Road Junior Team driver Seth Quintero during the rest day after the first week of racing at the 2022 Dakar Rally.  As of this interview Seth had won six of seven stages. Seth is out of the running for the overall lead due to mechanical issues on Stage 2 so he has refocused to getting stage wins and he’s doing and excellent job of it. Seth also won stages 7 and 8 and now holds the record for the most stage wins at a single Dakar Rally!

“This has probably been the most heartbreaking and rewarding week that will ever happen to me at Dakar. We’ve raced seven days now and got six wins, so we’re looking at breaking the record for most stage wins in a single Dakar.” – Seth Quintero 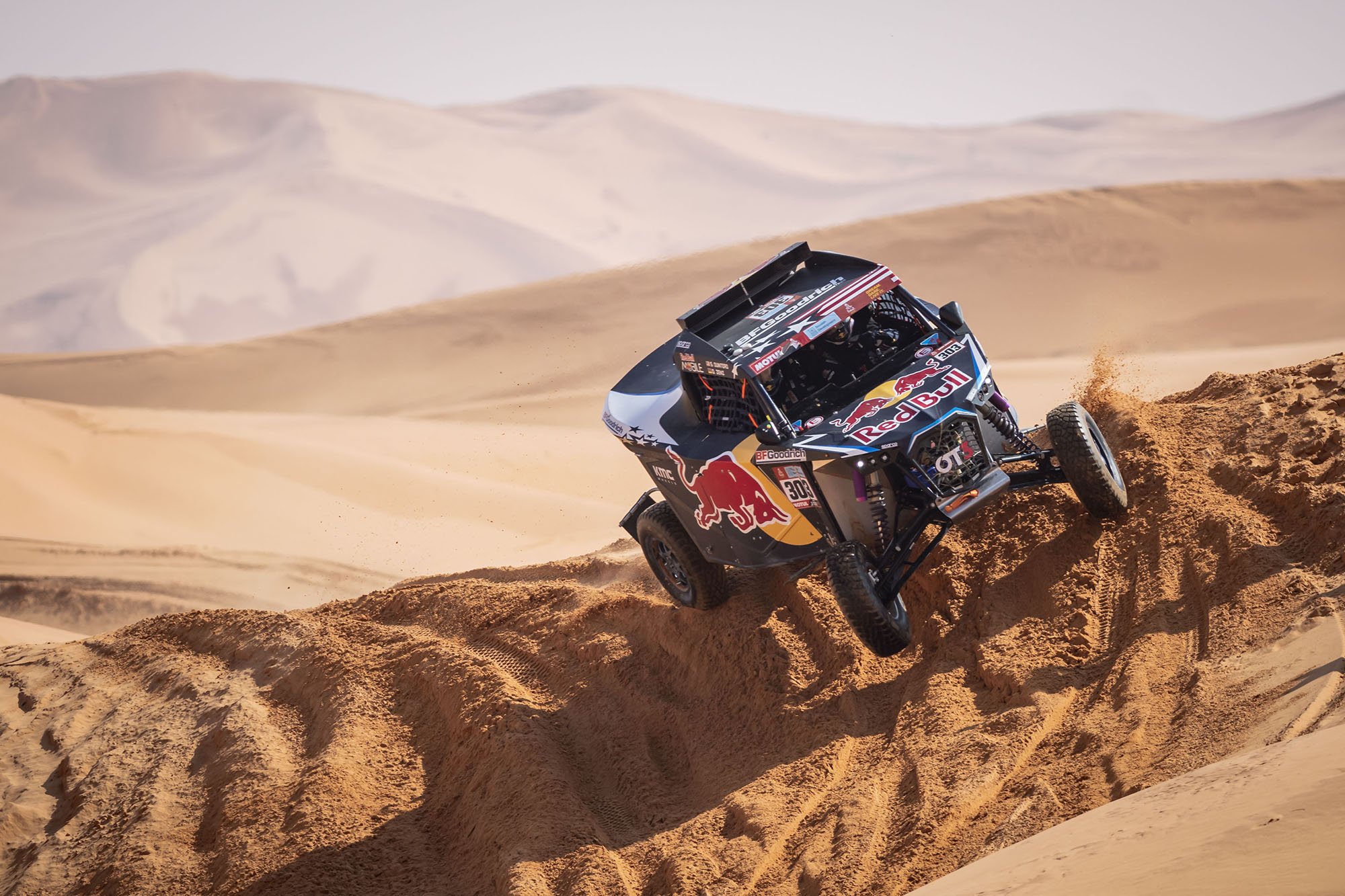 RDC: Give us a quick history on your racing career and what brought you to Dakar.

Seth: For the past 9 years, I’ve been racing off-road. I started off in a Polaris RZR 170 racing local races on motocross tracks. And then, about 4-5 years ago, we decided to make the change over to desert racing and it all kind of escalated from there. And then, bringing me to Dakar. I love looking for adventure. Dakar is the most adventurous race on the planet, and I figured that it was best suited for me. So here we are. The past 2 years have been pretty crazy being able to race this race. I’ve been very blessed with the opportunities I’ve been given and hopefully we can do many more Dakar’s.

RDC: What is it like racing in the Dakar Rally compared to racing a desert race in the US?

Seth: Dakar is vastly different for obvious reasons. A desert race in the U.S. is usually about 200 – 500 miles and you do it in one day. At Dakar Rally, you’re usually doing 200 – 500 miles but over the course of 12 days. So, a lot more consistency needs to go into racing the Dakar Rally and a lot more preparation and work, and a lot bigger of a team. They’re very similar in the sense of terrain and development of the cars but they are also vastly different in logistics.

RDC: Do you ever see yourself transitioning away from UTV’s into the T1 or T2 car category? If you had to pick one vehicle to race in the car category which would you choose?

Seth: I definitely see myself trying to transition from UTVs into the T1 or T1+ category. Right now, obviously the Hilux is very good, the T1+, the BRX, you have the new Audi E-tron. They are all amazing cars and I would love to drive any one of them. I’ve had the opportunity to drive the T1+ Hilux and it was such a blast to drive. Nasser Al-Attiyah ended up letting me drive that. I don’t know which vehicle I’d choose, but I’d love to transition into the T1 class. 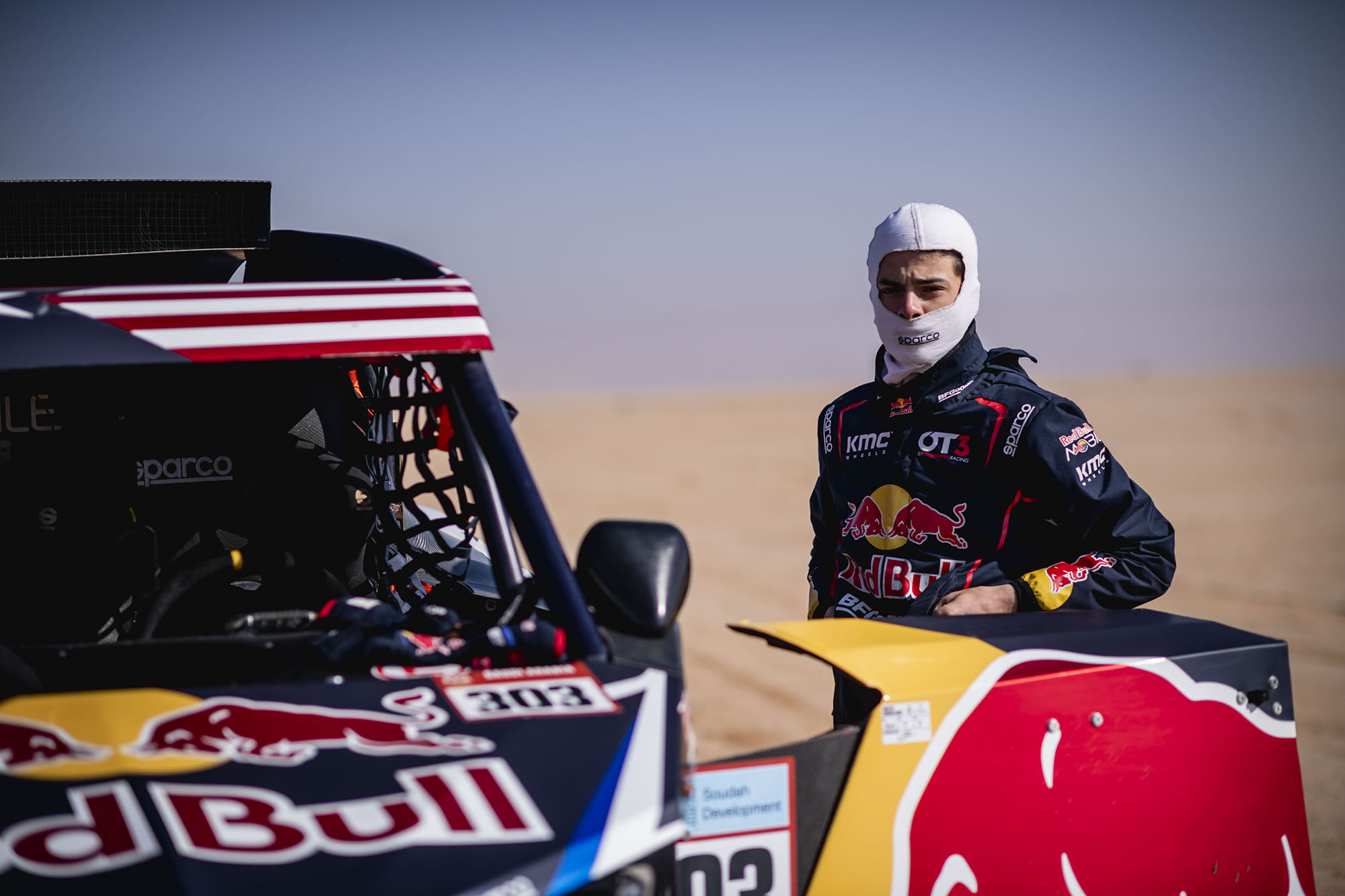 RDC: What has been the most challenging part of the Dakar Rally so far?

RDC: What songs do you listen to on your long liaison transfers to the Bivouac?

RDC: What is the most challenging terrain you’ve encountered so far and how did you have to adjust your driving to suit?

Seth: I think the most challenging terrain has really been the rocks. The rocks here are really embedded into the ground and they are very sharp. It is really easy to get a flat, so I think for me coming from the United States where the rocks there are a lot looser and not as jagged. I definitely had to change my driving style in a sense of just making sure the car is straight before I get on the gas and I’m not sliding around too much. That has been my biggest adjustment. 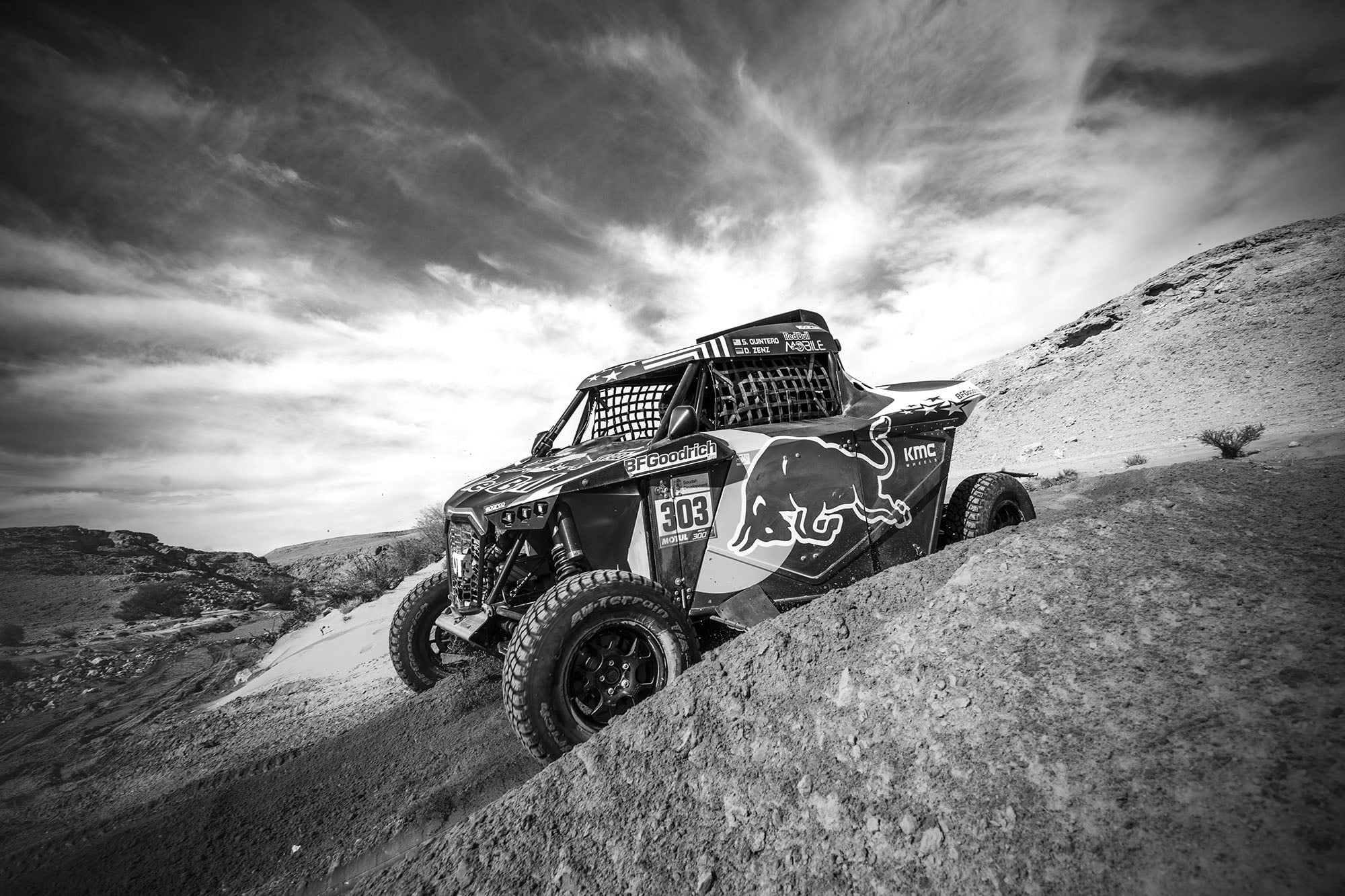 RDC: Who are some racers you look up to or are mentors?

Seth: There are a lot of legends in this sport in my eyes. A few that stick out to me are obviously Nassar Al-Attiyah and Carlos Sainz. Stephen Peterhansel or Sebastien Loeb too in our sport. I mean they have all done their fair share of time and they are all very nice people. Very easy to talk to and very humble people as well. They want to see everybody succeed and I’ve been very blessed to be able to hang out with them quite a few times and do some driving with them. 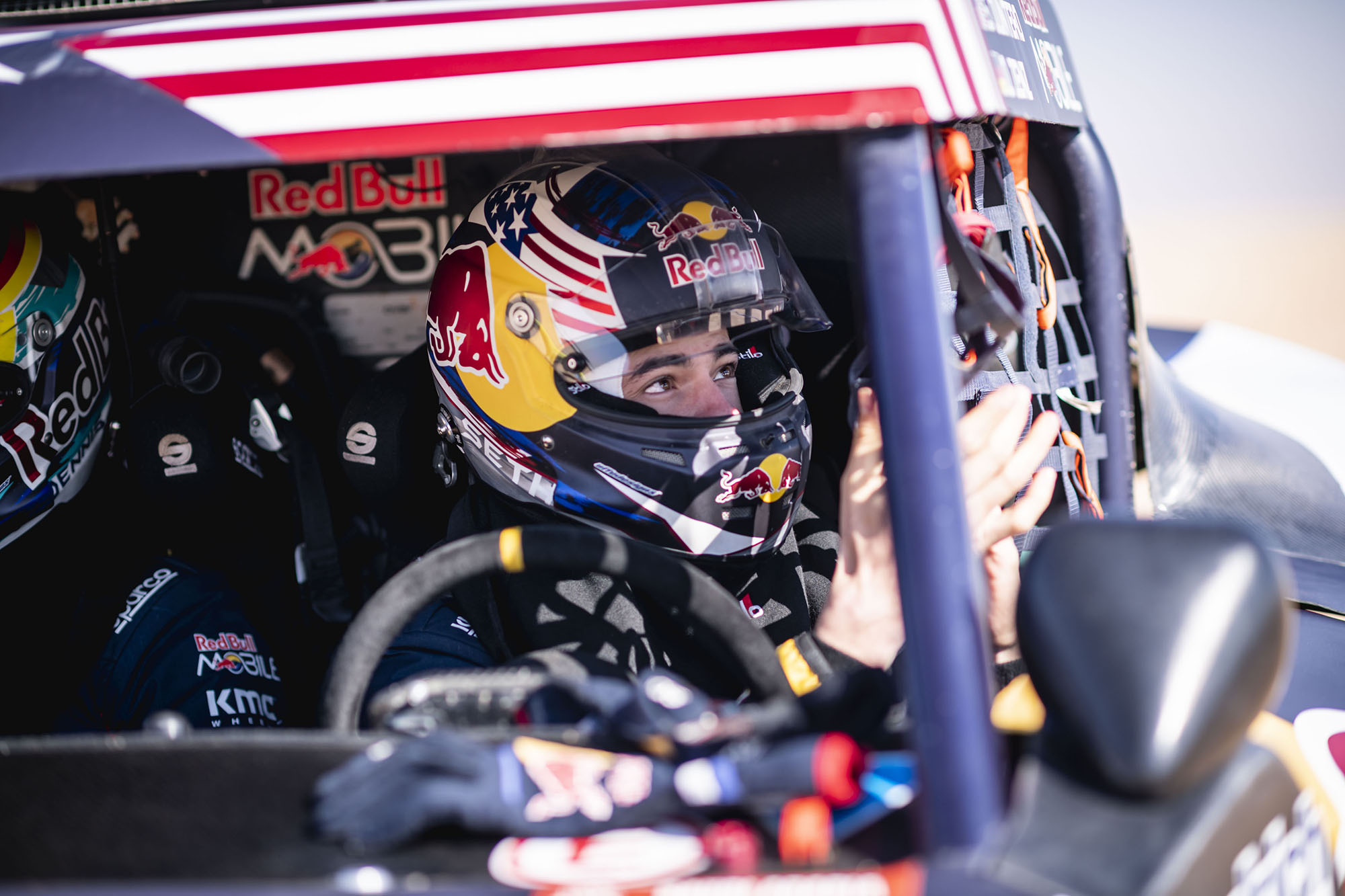 RDC: If you could co-drive with any driver in the world at any race who and where would it be?

Seth: I was fortunate enough to co-drive with Carlos Sainz in the dunes in the mini in Dubai which was an amazing time. That is definitely an experience I will never forget. It was a very fun time! But I think if I had to co-pilot with anybody, it would probably be Sebastien Loeb in a WRC car. I mean going those speeds, those guys are just nuts doing what they do. And I think that would be the most fun.

RDC: When you aren’t racing or prepping for a race what do you do for fun?

Seth: I’m just your typical California kid and when I’m not racing or prepping for a race, I like to go surf, snowboard, ride my dirt bike, mountain bike, BMX bikes, fish, hunt. Whatever it is that is outdoors, it really appeals to me and it’s kind of been like that my whole life. So whenever I’m not racing, I’m still outdoors having some fun.

RDC: Do you have any pre-race rituals or any superstitions?

Seth: I always try to wear American flag socks whenever I race in the States. The rules are not as strict when it comes to fireproof attire in the States so you’re kind of able to get away with a few things. But, pre-race rituals, I mean nothing too crazy. One thing we always do after we win a race is I’ll get everybody a nice crab dinner at my grandparents house, so that’s always a good time. Kind of another incentive to win the race. Not really too many superstitions, just try to stay clean cut. 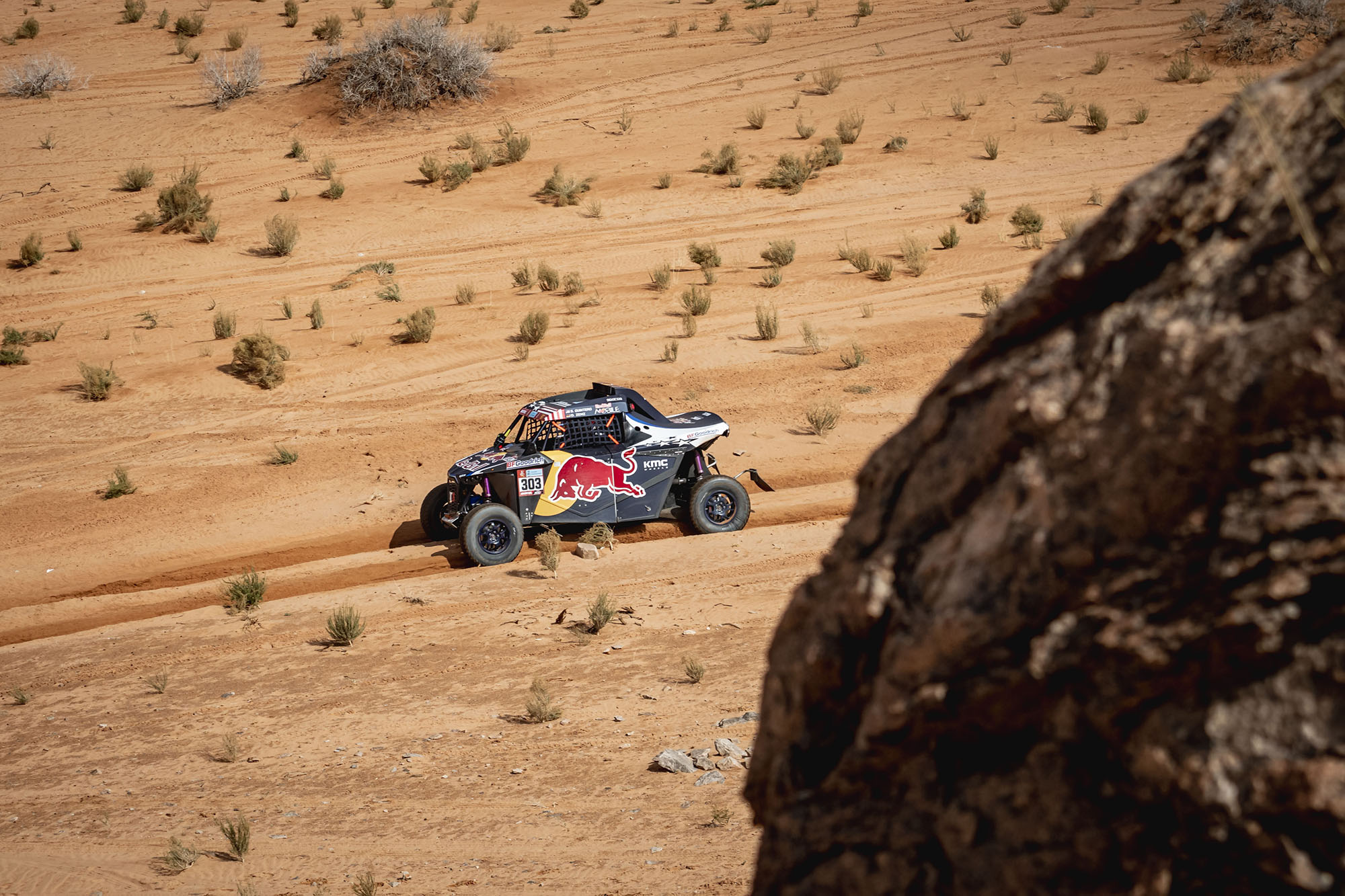 Seth: Having all these stage wins has been amazing. Unfortunately, we were out of the overall on Day 2, but that didn’t keep us down. We are kind of just putting our heads down trying to get more stage wins. Hopefully there are many more to come. We got 6 more days, so makes room for 6 more wins hopefully. But it’s definitely been awesome to be up in the record books with most stage wins. It’s been a long time since there has been a drive like this from somebody and I’m glad I’m able to put it down for the team. Hopefully we can keep getting more and break that record.

RDC: If you could have one super power what would it be?

Seth: I think to be one of the smartest people in the world would be the greatest superpower because you can figure anything out. I think being intelligent would be my pick.

Check out the Red Bull TV Dakar Rally episodes featuring some of the top Dakar racers like Seth Quintero.

Click here to check out RDC’s daily threads for each stage with discussions, photos, videos and updates during the 2022 Dakar Rally. 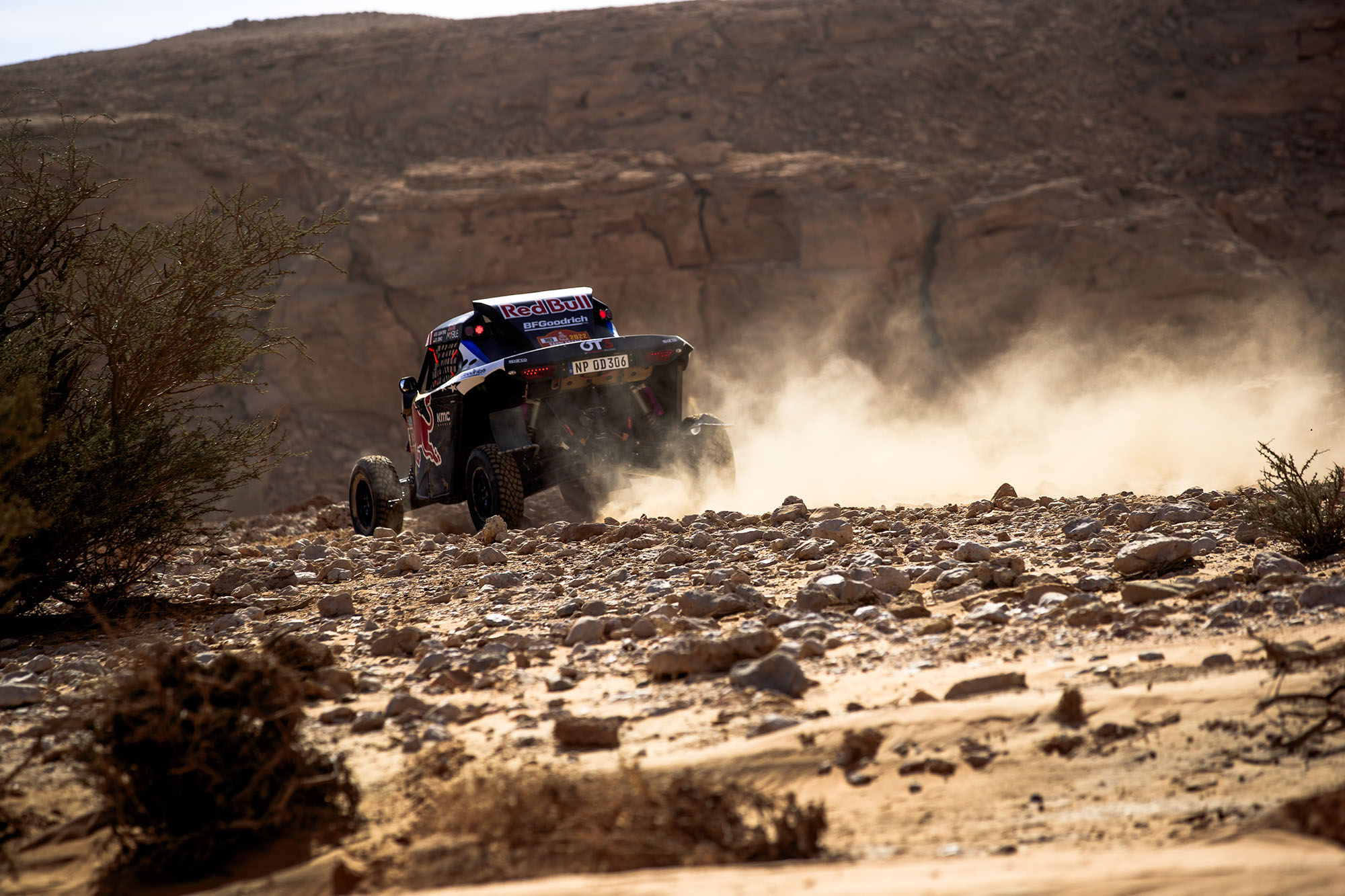