The Lucas Oil Offroad Racing Series returned to its home track in Lake Elsinore today for Round 5 of the series. With tempuratures reaching the mid 90’s the fans showed their passion for the sport braving the heat to cheer on their favorite drivers. With the series getting close to the halfway mark, point standings are starting to spread out and each round gets more and more important. 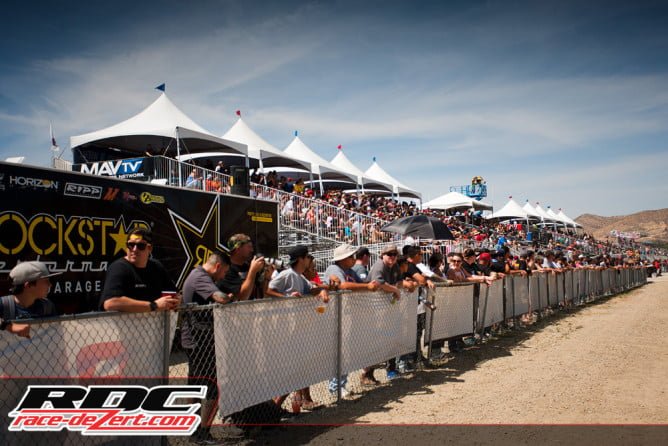 Normally qualifying first, Kyle Leduc would have to settle in to a 5th fastest time during qualifying, putting him on the third row for the start of the race. Greg Adler and Carl Renezeder would start up front with Rob MacCachren and Brian Deegan followed closely behind. While Pro 4 has the least amount of entires in the truck classes, the depth of the drivers is very strong and its anyones guess from race to race who will come out on top. 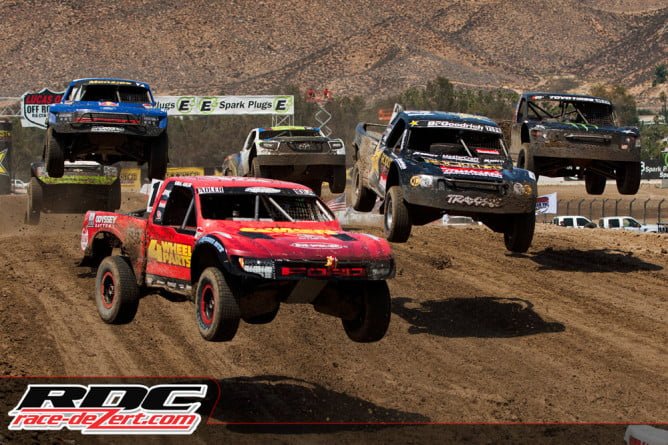 Renezeder got the hole shot and held the lead for almost half the race before Leduc worked his way up front the third row. On lap 6 Leduc was able to get around Renezeder in turn two and from there never looked back. The rest of the field didn’t have an answer for him and Leduc would go on to win his forth in a row. Renezeder would still remain on the podium but not before MacCachren would put the moves on him on lap 13 to give MacCachren a second place finish. 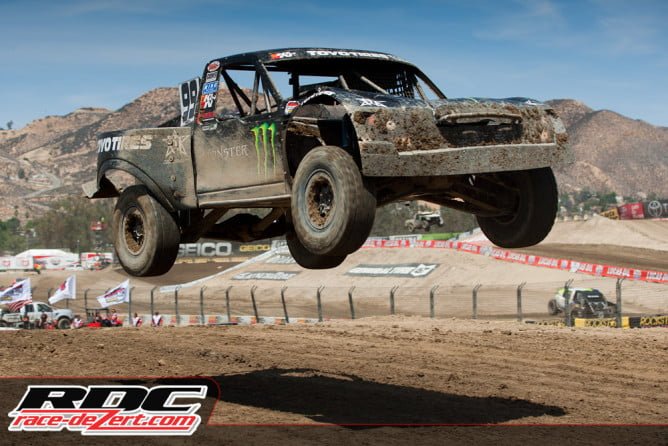 With no LCQ being held in the Prolite class 23 trucks would take the green flag in front of an excited crowd. Prolite is always fun to watch because with so many V8’s on the track something exciting is bound to happen. This race would be the exception however as in the 14 lap race there were no yellow flags. RJ Anderson and Brad DeBerti started front row with Anderson grabbing the early lead. From beginning to end it was all RJ Anderson as he never looked back and laid down solid lap after lap putting time on the field. 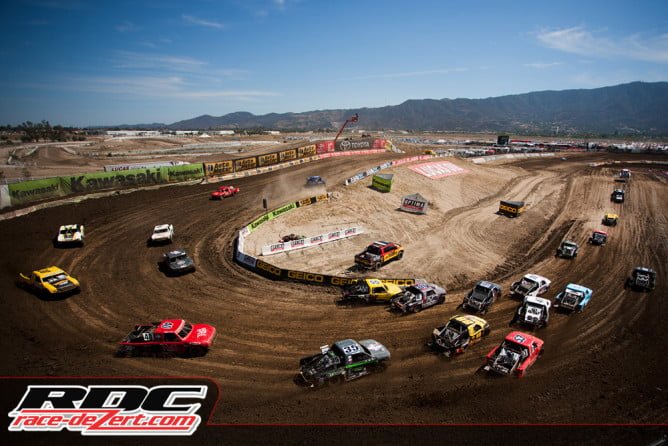 The race turned into a battle for second as top qualifier Brandon Arthur and DeBerti fought hard but clean with each other swapping positions five times before the checkered flag was flown. DeBerti would finish second after passing Arthur on the last lap. Another clean battle was behind them with Sheldon Creed and Casey Currie who were trying to grab the fourth position and take valuable points home. Currie tried hard to get around Creed but would have to settle for a top 5. 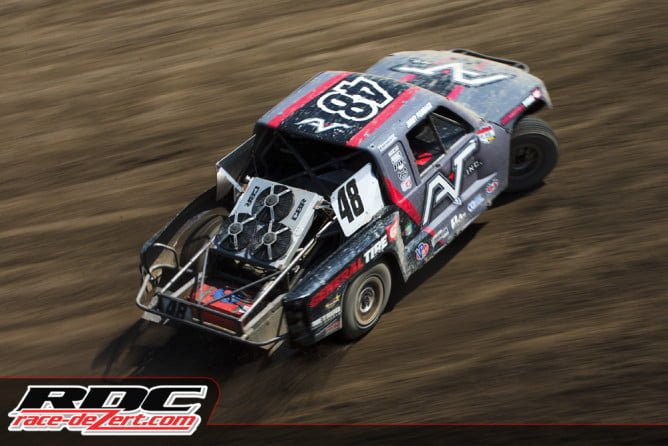 A new winner emerged in the Pro Buggy race with Dale Dondel taking home his first win of the season in his Racer Engineering buggy (which he and his brother Mike own). Dondel got off to an early lead with a pretty good gap between him and second place Mike Valentine but as the race went on the pack would get closer and closer to him putting the pressure on. 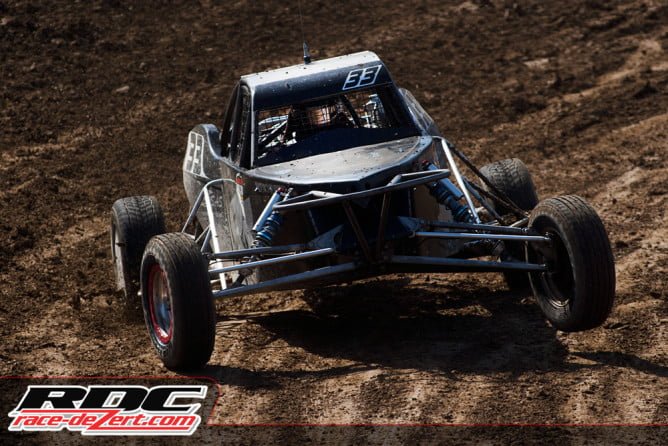 Valentine would sit in the second position for most of the race but Sterling Cling (who qualified first) was waiting patiently behind him waiting for a mistake to capitalize and on lap 11 he made his move and took over the second spot. Garrett George who isn’t one to settle for a non-podium spot turned it on and on the same lap rounded out the podium. 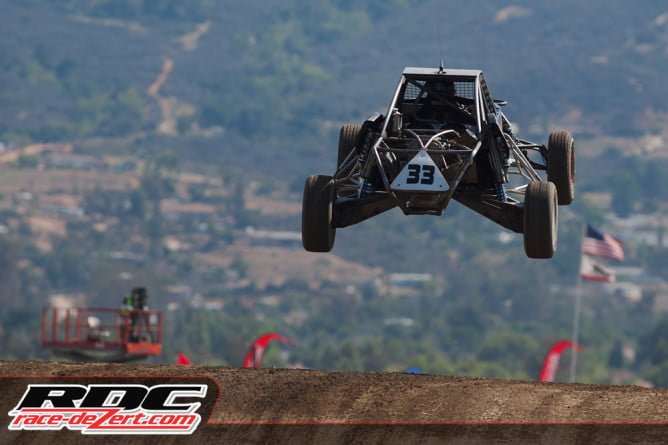 With only a little over a second separating the top ten qualifiers in Pro 2 it really was anyones game. Bryce Menzies had other plans however as after getting the holeshot Menzies would lay down lap time after lap time of consistent times. Rob Mac did his best to put time on Menzies but couldn’t find the extra gear he needed. 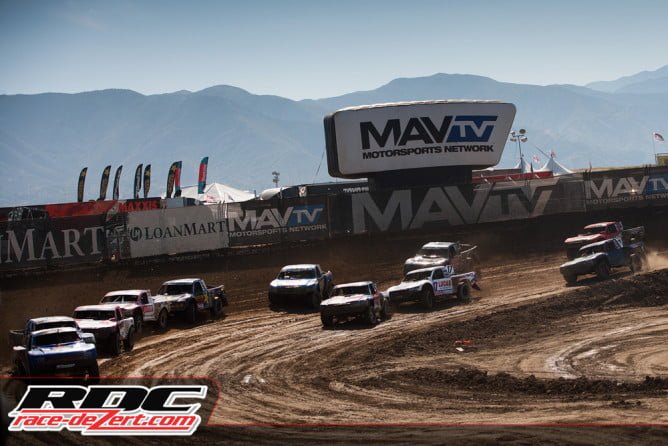 Fighting for the third position was RJ Anderson and Jeremy McGrath with Anderson getting the better of the two the majority of the race but a mistake would let McGrath sneak by and round out the podium. With his best year yet McGrath is sitting nicely in the points standings and looks to carry the momentum into tomorrow. 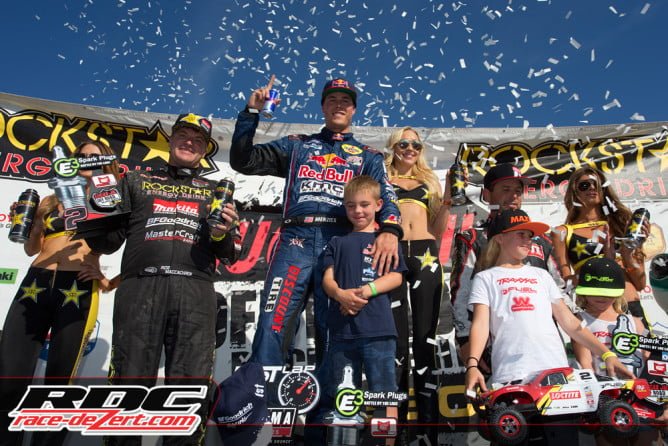 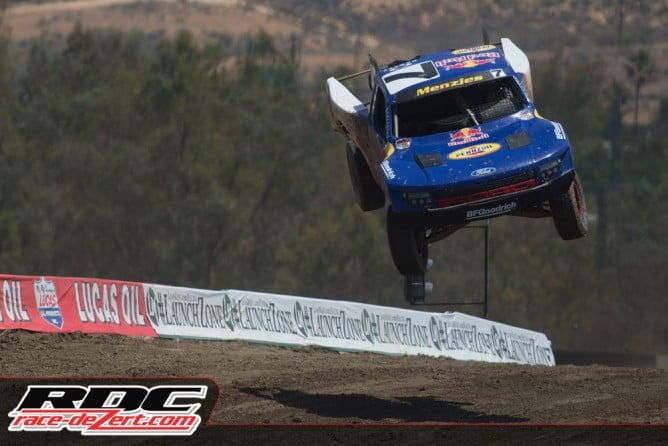