Runner-up spot today, in the fourth and penultimate stage of the Rallye du Maroc, went to Monster Energy Honda Team’s Ricky Brabec. The American rider leaps the overall leader board from eighth to third position, entering the tussle for the final overall podium.

After issuing the new roadbooks to the riders this morning, 25 minutes before race-start, the fourth stage got underway in the Ramlia and Sidi Ali area to the southwest of Erfoud, on the border with Algeria. Due to be the longest special stage of the rally, at 408.53 kilometres and, with just a day to go, the one most likely to see an attack staged, in the end was reduced to 311 kilometres. The day served up a mix of fast track, dunes, sections of camel grass and other stony stretches. Navigation, once again, proved to be a key factor in arriving at the finish-line.

Most of the kilometres disputed proved to be to the liking to Ricky Brabec, who, setting a lightning pace, finished just a minute shy of taking the victory on this fourth stage. Chilean rider José Ignacio Cornejo, becoming increasingly comfortable on this type of terrain, today posted a respectable result in seventh place.

Joan Barreda too, was setting a cracking pace, until a navigational error a few kilometres from the finish saw him drop the advantage that he had previously accumulated. At the end, the Spaniard had to settle for ninth place, one place ahead of Monster Energy Honda team-mate, Kevin Benavides. The day’s mission for the Argentine involved overcoming the pain caused by yesterday’s fall, to make it back to end of the stage in one piece.

Tomorrow, Tuesday, sees the conclusion of the Rallye du Maroc in Fez, where the entire entourage will amass to witness the prize-giving for the 2019 edition. En route, competitors will battle out 168.47 kilometres against the clock. 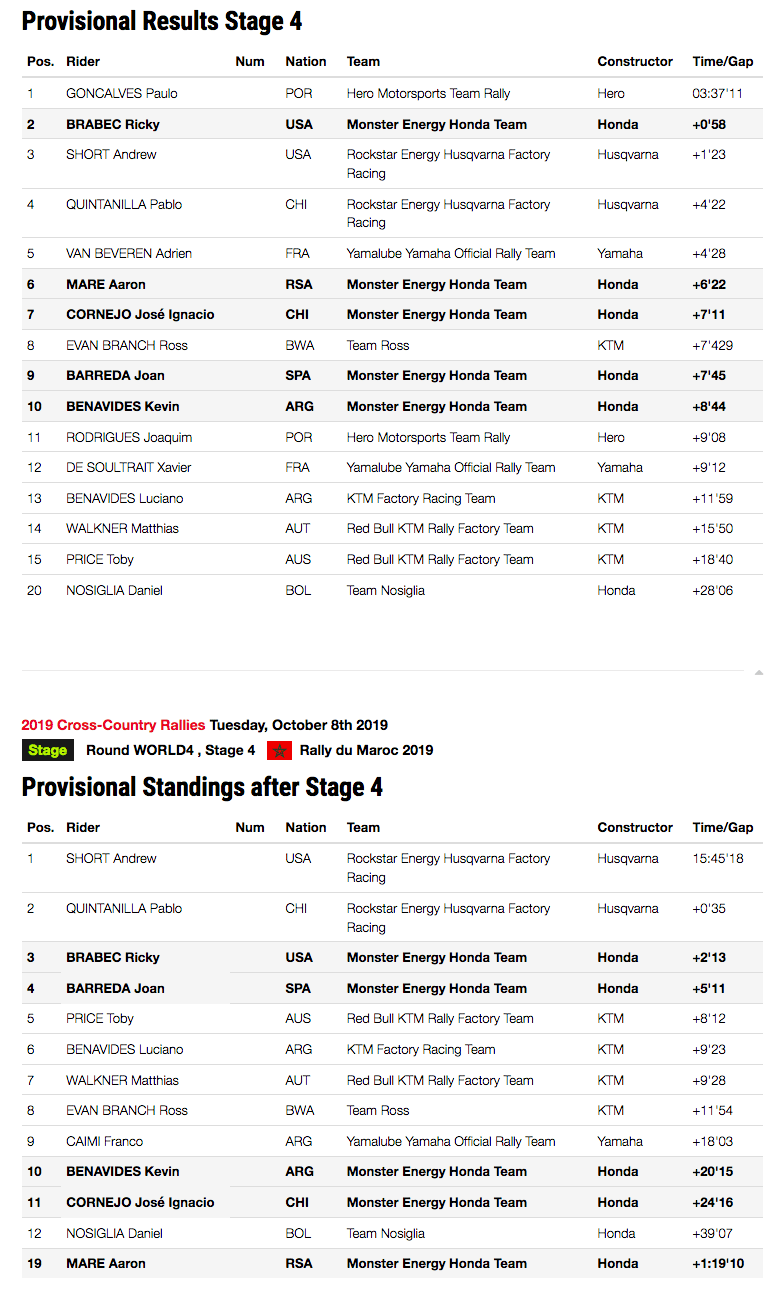