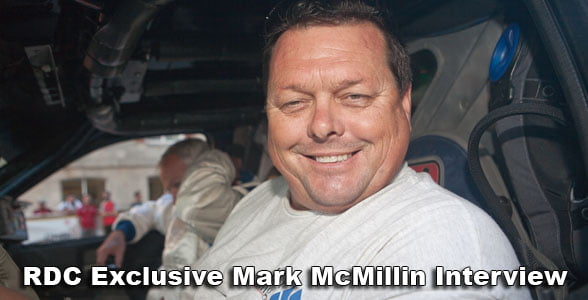 Mark McMillin is a second generation desert racer who has won the Baja 1000 five times.  Last season he finished fourth overall in the 1000 and his nephew Andy and brother Scott won the race, so it is safe to say that racing is in the McMillin blood.  Like so many new to Baja racing, Mark’s Dakar effort came to an end much earlier than he would have hoped.  RDC was right there at the end of the first special stage on New Year’s Day when Mark was towed to the finish line with an overheated engine.  While his chase crew hooked the tow bar up from the McMillin chase truck to the Jeep Grand Cherokee our press truck rushed to the town of Tres Arroyos to try and find an engine. 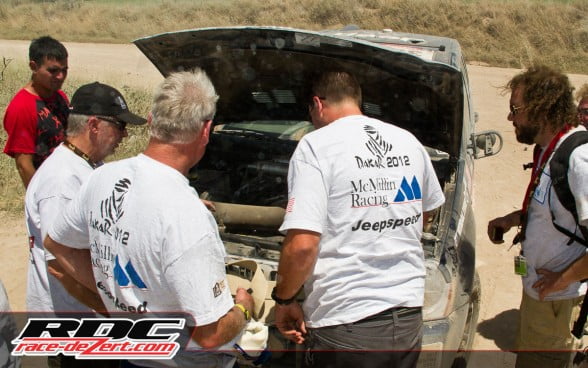 Have you ever tried to find a Hemi engine on New Year’s Day in a rural South American town?  It is not a trivial task.  At the local gas station our team of journalists befriended the local police force, who were nice enough to call around and find us a mechanic.  RDC took the mechanic all around town to track down an engine, and in desperation we were willing to purchase an entire vehicle for the motor.  In the meantime, McMillin Chase passed the gas station with the Jeep in tow.  The police stopped the chase truck and detained them until we returned since communications were non-existent.  The looks on the faces of the McMillin team when we returned and gave high fives and hugs to the police were priceless!  Lacking parts the team made efforts to patch up the existing engine and fix the cooling problems, but they resurface again on Stage 2 and Mark’s race was over.  Mark and his entire team are continuing for the duration of the rally to support Darren Skilton, so we took the opportunity to talk to him about rally raid, South America, and more. 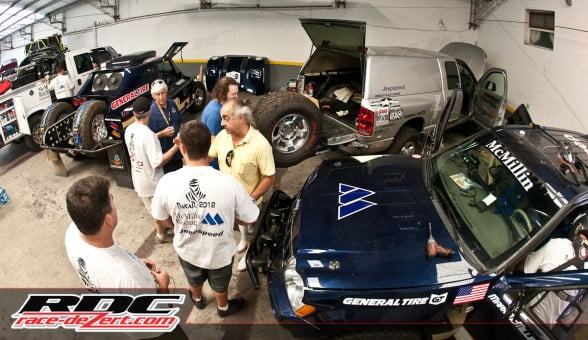 Race-Dezert.com (RDC)– When did you become interested in Dakar?

Mark McMillin (MM)– About a year ago I began to think about it seriously, before that it was just a dream.  It started with a call from Rod Hall, who introduced me to Emily Miller.  Emily races in the Rallye Aïcha des Gazelles and she put Eric Vigouroux in touch with me about driving one of his cars.  That didn’t work out but the seed had definitely been planted, so when I saw  Darren Skilton at the NORRA Mexican  1000 I asked him about coming down to observe his operation.  That blossomed into racing the Jeepspeed Grand Cherokee.

RDC– But that didn’t turn out so well.  Do you have any regrets?

MM– I am not certain that we picked the right tool for the job, but it is what it is.  My father Corky taught me not to dwell too much on the past and I am still happy to be here.  No regrets.  In hindsight do I wish I would have gone the whole way?  Of course.

RDC– What are you doing now?

MM– I am having a great time and learning so much about the rally.  Honestly this is back to the original plan.  And now I have had both the opportunity to see both the race side and the support side of this event.  Logistics is one of reasons our program is so successful down in Baja, and it is even more important down here where you race for two weeks straight.

RDC– What other observations have you made?

MM– I wouldn’t come back without a motorhome, I’ll let you that.  The MAN trucks are cool, but this isn’t Africa.  You can have a 2WD assistance vehicle now and it only needs to leave the pavement to enter the bivouac.  My guys are learning a lot too, they are wrenching on Darren Skilton’s car now.

RDC– How would you compare Dakar to Baja?

MM– It is 14 Baja 500s back to back.  People say the terrain is not as rough, but from what I saw it is.  These were the worst silt beds I have ever seen.  I thought At the start the beach reminded me of the stretch to Santo Tomas.  These dunes were short and choppy, not like Glamis.  At the end of the stage I felt like I was in Valle de Trinidad; fences on both sides, dusty roads.  The second day a lot of the terrain was like Vegas to Reno into Beatty.  There were mountains and old mining claims.  that there were a lot of similarities actually.  Then there is the mental fatigue from all of those miles on the liaison.  You are still in the race car and trying to get it back to your crew as soon as possible so you can get some rest and get the car back together.

RDC– Tell me about the people.

MM– It reminds me of Baja ten years ago.  The people of Argentina are so friendly and supportive, like the police trying to help us find a new engine.  They are so proud too; I don’t think I have ever seen so many flags before in my life!

RDC– What about the bivouac?

MM– I think that having all of the competitors from the different countries speaking different languages is so fascinating, because we all share this common bond in racing.  Everyone is willing to lend a hand, we had a fast support truck pull us all the way to the finish on the second stage and they didn’t know us from Adam.

RDC– How would you compare ASO (Amaury Sports Organization- the Dakar Rally promoter) to SCORE International?

MM– I am a huge fan of Sal Fish so my answer may be a bit biased.  ASO does a great job for the most part, but some things, like having all of the port-o-johns in one place, don’t make a lot of sense to me. I don’t think that anyone else could pull of what Sal Fish does in Mexico.  I think that it is amazing that he is able to put on a Baja 1000 in today’s world.  Dakar is a completely different game.  They have to pick up and move every day!  The logistics with the medical tent, the food, the competitors’ tent, it is an unbelievable operation.

RDC– So will we see you competing the Dakar Rally again?

MM– Yes. Absolutely yes.  I have no idea what the details of that mean right now.  We have “what iffed” this thing to death. I would love to bring a Class 1 car down here and knock the bottom out of this thing.

H
Harry Wagner
Nice interview. The Dakar is an unbelievable excercise in logistics. Glad to see another capable American team give it a shot.