October 13, 2021
Rebelle competitors spent the night near Rasor OHV Area on the marathon leg of the rally, where they self-camped without the luxuries of base camp. STAGE 5 took teams through Rasor before traversing through the Mojave Preserve. An On Route Enduro ensured that competitors maintained the proper speed on the famous Mojave Road while battling to accumulate as many points as possible. The rally then moved into previously uncharted Rebelle territory on the shores of the Colorado River at Pirate Cove Resort in Needles, California. 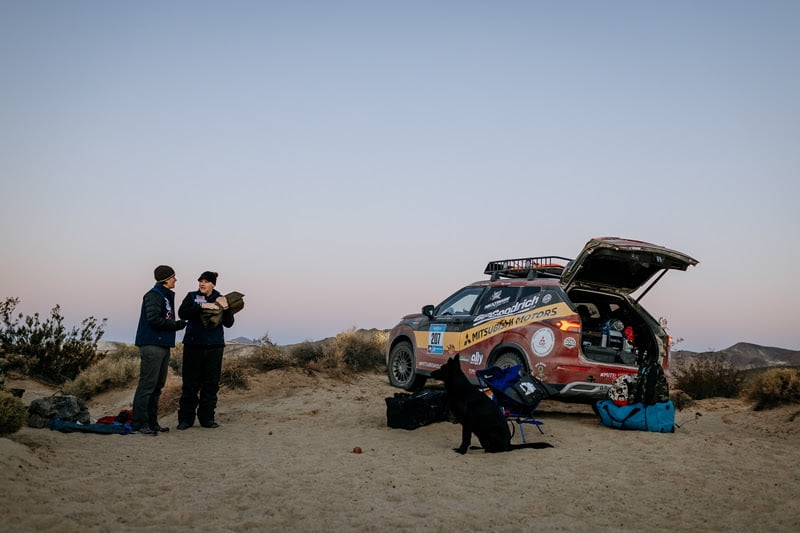 Team #129 4xEventures (Nena Barlow / Teralin Petereit) finished first in the 4×4 Class yet again, continuing their dominance in the overall standings. Barlow owns Barlow Adventures, a Jeep rental business in Moab and Sedona, and is an accomplished off-road instructor. Petereit has won the Rebelle Rally twice is the past and finished on the podium in her other two years of competition, making her one of the most successful competitors in the event’s history.

Team #109 Don’t Hate, Triangulate (Jo Hannah Hoehn / Susie Saxton) finished second for the day in their brand-new Land Rover Defender, their highest finish in this edition of the rally. This moves them up to eighth place in the overall standings after a two-year hiatus. Team #106 Wild Grace (Lyn Woodward / Sedona Blinson) also had their highest finish of the year, in third place for the stage. The team has been incredibly consistent behind the wheel of their Nissan Frontier and are currently in third place overall with two stages remaining. 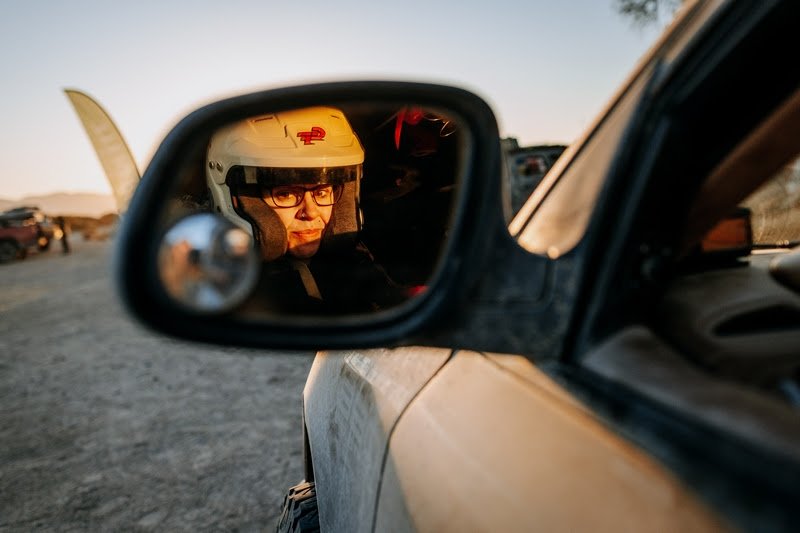 In the X-Cross™ Class, Team #202 Ford Performance (Cora Jokinen / Melissa Fischer) won STAGE 5 in their Ford Bronco Sport to increase their lead in the overall standings. Jokinen and Fisher competed together in the 4×4 Class in the first two editions of the Rebelle Rally, and Fisher is one of only six women to have competed in the event every year since its inception in 2016. Rounding out the day’s podium was the two Kia Sorento PHEV teams, with Team #205 Watt Girl Summer (Sabrina Howells / Alyssa Roenigk) in second and Team #206 Giggle Watts (Verena Mei / Tana White) in third. STAGE 5’s winners mirror the overall standings with Team #202 Ford Performance, Team #205 Watt Girl Summer, and Team #206 Giggle Watts in 1st, 2nd, and 3rd respectively. 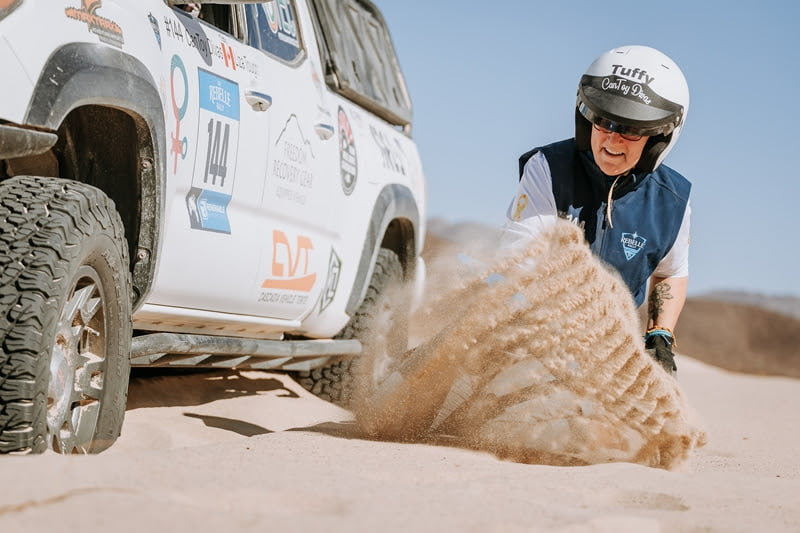 The first car off the line, Team #102 Sunset Chaser (Kristle Slason / Lois Slason), will go off the line at 7 AM PDT with vehicles leaving base camp at two-minute intervals. The Live Show presented by Lexus will start at 6:45 AM PDT. Tune in at rebellerally.com/live as co-hosts Rachelle Croft and Matthew Johnson give us an inside look of the STAGE 6 start line. 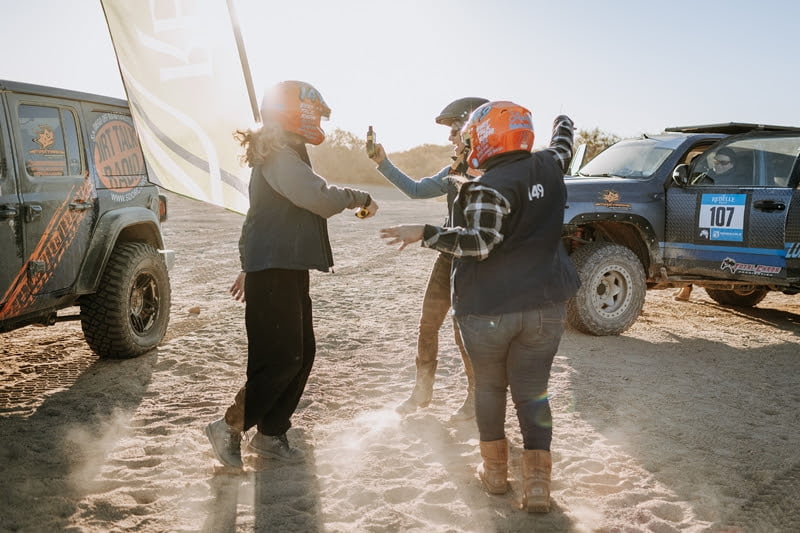 The Bone Stock Award is presented to the team and vehicle manufacturer that places highest in a vehicle that is exactly as delivered from the factory. The only allowable change is different tires, but even that is limited to the factory sizing. The Rebelle Rally has become a proving ground for original equipment manufacturers (OEMs) who recognize that surviving a week of punishment off-road is a badge of honor, with nine manufacturers entering vehicles in this year’s event. The 2021 edition of the Rebelle features nine Bone Stock vehicles competing in the rally from four different manufacturers. 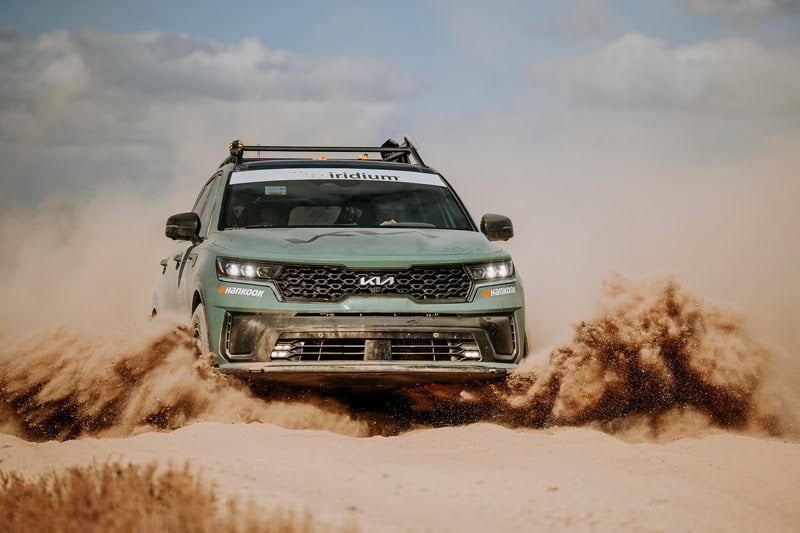 “Movement That Inspires” is Kia’s new slogan, and it perfectly aligns with what the Rebelle stands for, with the rally serving as the ultimate inspiration for women across all different walks of life to push themselves outside of their comfort zones. The word “Kia” means to rise up, and that’s exactly what the new logo embodies – Kia rising up to the Rebelle Rally challenge. Kia is moving toward electrification with “Plan S” and Sorento PHEV is among the very first vehicles part of this new strategy, making it the perfect vehicle to participate in Rebelle Rally’s Electrified Designation. This marks the second year in a row Kia has participated in the Rebelle Rally. After finishing 2nd in the X-Cross class last year, Kia returned with two Sorento PHEVs (Team #205 and Team #206) for 2021.

About the Rebelle Rally
The Rebelle Rally is the longest competitive off-road rally in the United States. Traversing over 2,500 kilometers through Nevada and California’s iconic terrain, it is an endurance competition for women consisting of precision driving and navigating – not fastest speed. The competition is innovative and unique, using maps, compass, roadbooks and strategy – known as Rebelle Format. GPS and other electronic devices are strictly prohibited. Remote and off-grid for eight competition days, the Rebelle Rally is considered a providing ground for people, products and stock manufacturer vehicles.
To learn more, visit rebellerally.com.
Follow live October 7-16, 2021 @ rebellerally.com/live.