October 14, 2021
STAGE 6 of the Rebelle Rally covered 355 kilometers, the longest distance in a day since the rally left Las Vegas for Twin Springs Ranch during the Prologue a week ago. The stage started on the shores of the Colorado River at Pirate Cove Resort and headed south along the river past Blythe with 19 checkpoints (CPs) in play before an On Time Enduro. This particular enduro used a cross country roadbook common to rally raid events like the Dakar Rally. The format was a first for Rebelles, challenging them in a way that they have not previously experienced.

Rebelle Founder Emily Miller has been constantly refining the rally to make it more interesting, efficient, and challenging for staff and competitors alike based on feedback she receives. One comment that many teams have noted is their desire for the course to be more challenging for drivers and vehicles. STAGE 6 delivered, and had more than one of those teams realizing that they need to be careful for what they ask for. Steep, loose climbs, deep ravines, and rocky terrain were all served up in generous portions on STAGE 6. The sun had set long before many teams arrived in the final basecamp at Imperial Sand Dunes (aka Glamis). 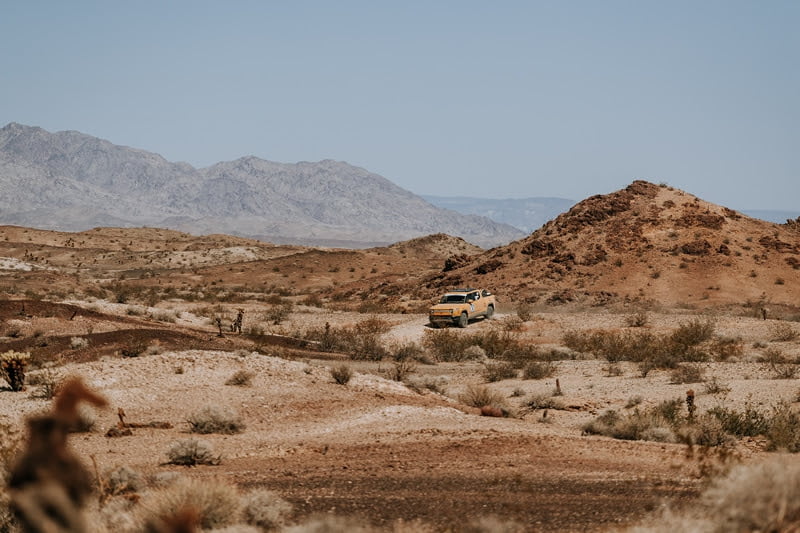 Team #140 Killer Watt (Emme Hall / Rebecca Donaghe) earned their first stage win of the 2021 edition of the rally in their Rivian R1T, finishing one point ahead of Team #129 4xEventures (Nena Barlow / Teralin Petereit). The two teams had the same score on all 19 CPs except for 12X, where Team #140 Killer Watt got one more point by navigating closer the coordinates of the black CP. Team G.O.A.T. #150 (Shelby Hall / Penny Dale) finished third on the day in their Bone Stock Ford Bronco.

Team #129 4xEventures currently has a sizeable 57-point lead over Team Jeep Thrills #177 (Emily Benzie / Christine Benzie) heading into the final stage. Team #129 4xEventures has been aggressive and efficient throughout the rally, winning four out of six stages. Follow along at rebellerally.com/live to determine if they play it safe or swing for the fences on the final stage. Less than 20 points separate third place to sixth place, with Team #140 Killer Watt, Team #150 G.O.A.T., Team #188 Dirt Hustle (Laura Wanlass / Maria Guitar), and Team #106 Wild Grace (Lyn Woodward / Sedona Blison) all battling for a spot on the podium. 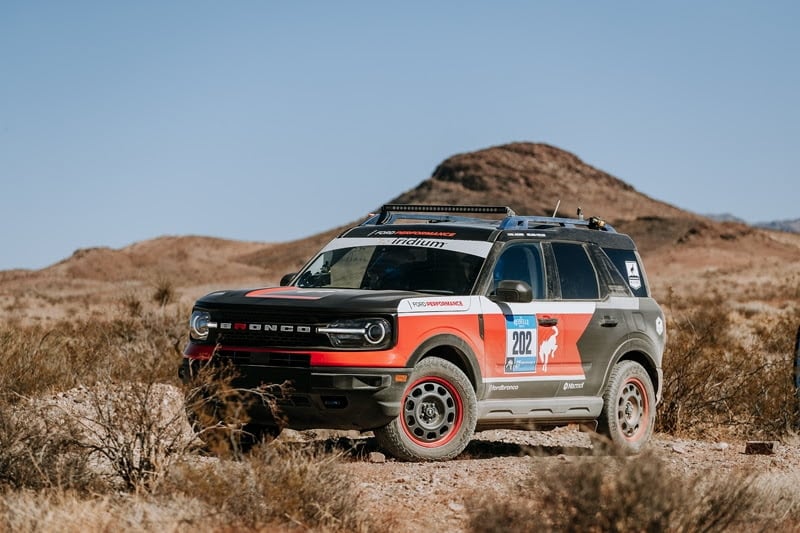 In the X-Cross™ Class, Team #206 Giggle Watts (Verena Mei / Tana White) edged out Team #202 Ford Performance (Cora Jokinen / Melissa Fischer) by one point. Team #205 Watt Girl Summer (Sabrina Howells / Alyssa Roenigk) rounded out the top three for the day in their Kia Sorento PHEV. The course took its toll on the bumpers and skid plates on the X-Cross™ vehicles, which generally have smaller diameter tires and benefit from less ground clearance than vehicles in the 4×4 Class. Team #202 Ford Performance, Team #205 Watt Girl Summer, and Team #206 Giggle Watts are currently 1st, 2nd, and 3rd respectively in the X-Cross™ Class with one stage remaining.

The entire Rebelle Rally culminates on STAGE 7 Powered by TOTAL CHAOS in the vast, intimidating dunes of Glamis. Legacies have been created and dreams have been dashed in these dunes in equal parts over the past six years. The first cars off the line, Team #140 Killer Watt (Emme Hall / Rebecca Donaghe) and Team #107 The Luna Chicks (April Leone / Chelsea Weedon), depart at 7 AM PDT with vehicles leaving camp two car at a time at two-minute intervals. The Live Show presented by Lexus will start at 6:45 AM PDT. Tune in at rebellerally.com/live as co-hosts Rachelle Croft and Matthew Johnson discuss all things Rebelle on the final stage of the rally. 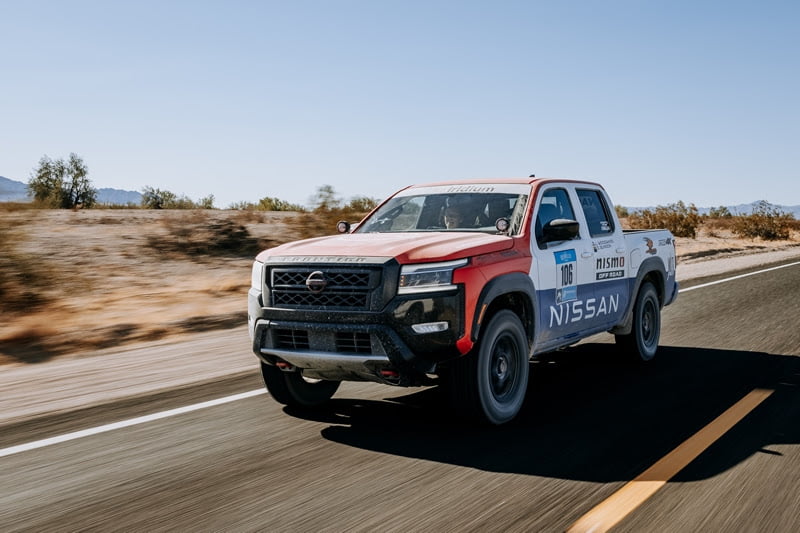 Daily Tech Tip- Why Is the Start Order Random?
Most multi-day rally events determine the starting order for a day from the previous day’s results. The Rebelle Rally is different in that each team draws a number out of a bucket at the end of almost every day to determine their starting order for the next day. “By making the starting order random we prevent the less experienced teams from just following the more experienced teams each day,” explained Scoring Director Chrissie Beavis. “We also set up more than one route to avoid teams from following each other.” 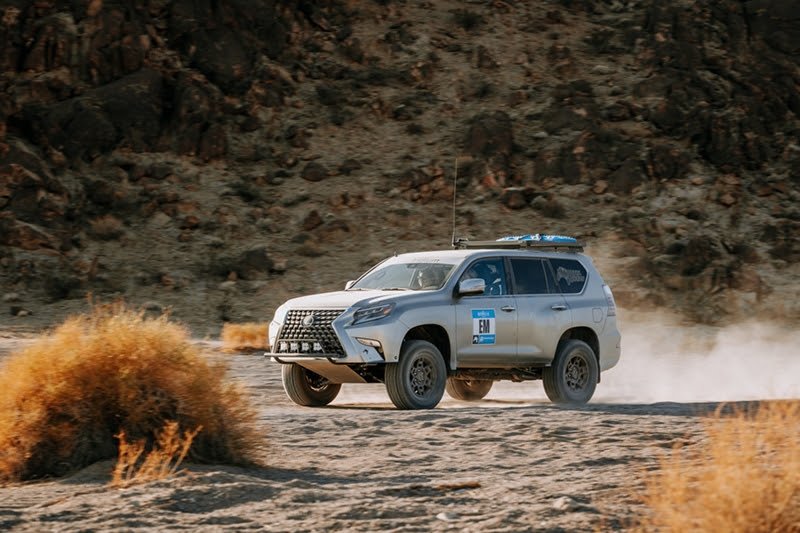 The Rebelle Rally is in a class all on its own as a driving and navigation challenge, so it should not be surprising that the companies we choose to partner with are just as unique as we are. Case in point: TOTAL CHAOS Fabrication. Single-handedly responsible for the “midtravel” suspension segment with their introduction of the tubular Upper Control Arm (UCA) in 2002, TOTAL CHAOS Fabrication has been innovating for decades now, and they have been supporting the Rebelle Rally since its inception. Their control arms use race-quality components to increase wheel travel without the need for custom fabrication. With TOTAL CHAOS’ commitment to quality, craftsmanship, customer service, and constant innovation, we are proud to call them our Official Suspension Partner. This year, TOTAL CHAOS built a brand-new Lexus GX460 for Emily Miller to pilot on the rally. Christened “Sea Biscuit,” the GX is fitted with a full host of TOTAL CHAOS components including their upper and lower control arms, spindle gussets, rear adjustable link arms, and more.

About the Rebelle Rally
The Rebelle Rally is the longest competitive off-road rally in the United States. Traversing over 2,500 kilometers through Nevada and California’s iconic terrain, it is an endurance competition for women consisting of precision driving and navigating – not fastest speed. The competition is innovative and unique, using maps, compass, roadbooks and strategy – known as Rebelle Format. GPS and other electronic devices are strictly prohibited. Remote and off-grid for eight competition days, the Rebelle Rally is considered a providing ground for people, products and stock manufacturer vehicles.
To learn more, visit rebellerally.com.
Follow live October 7-16, 2021 @ rebellerally.com/live.