The rain and cold didn’t stop Jason McNeil from winning the final race of the year in Baja. McNeil dominated the RECORD Race Ready Ensenada – San Felipe 250 racecourse, piloting his new 3-seater Trophy-Truck to victory.   Today at 1pm the official times will be realesed and a new champion will be crowned.

In Bikes, David Ávarez won the overall in the sportsman class overcoming to Ricardo Muñoz Jr who took the 1st place in the pro category. 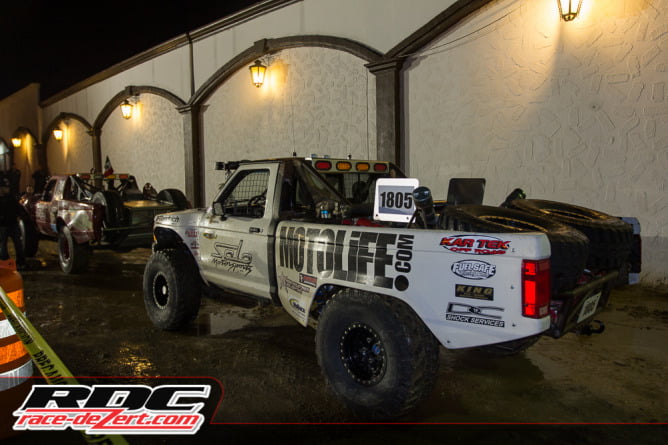 Around 180 raceteams from México and the United States took the green flag inside Pueblo Antiguo plaza in Ensenada.

In the class 7s, Miguel Sandoval took the victory with TCM Motorsports, if this result persists when the official times are released, Miguel and TCM will take the Championship two year in a row.

E
Ernesto Araiza
Miguel and TCM will take the Championship three year in a row
No love for the Class 8s? 1st place Francisco Valdez
Good Pic's, did you got any Safaris ? like S94 ?