An ultra-adventurous group of Red Bull athletes are gearing up to bring their magnificent machinery to the harsh terrain of the Dakar Rally. Competitors will be waved off from Buenos Aires on January 4 to tackle a looped circuit passing through Chile and Bolivia before re-entering Argentina. Only the most robust contestants in each category will return to claim the chequered flag in the Argentinian capital.

For the two-wheeled competitors, the weight of expectation that comes with having won the previous 13 editions of the Bike race falls on the Red Bull KTM Factory Team. Last time out it was Marc Coma who won big with the Austrian manufacturer for the fourth time. The outfit’s dominance was further underlined by team-mate Jordi Viladoms’ second place finish. The Catalan pair are joined in the Red Bull KTM Factory Team by Portugal’s podium regular Ruben Faria and Sam Sunderland who became the first Englishman to win a stage of the rally in nearly two decades last time out.

Also onboard KTM machinery at the Dakar will be Poland’s Kuba Przygonski of Orlen Team and Austrian debutant Matthias Walkner of KTM Rally Factory Team. Walkner is the first Austrian to enter the race since his mentor Heinz Kinigadner rode with KTM at the turn of the millennium.

Looking to wrestle the top prize away from KTM at the upcoming desert classic will be Team HRC. The Honda paddock are hopeful that two-time third place finisher Hélder Rodrigues of Portugal will be a key weapon in their quest for glory.

Absent from the Bike race in 2015 for the first time in 15 years will be five-time champion Cyril Despres. However, the Frenchman will still be in the thick of the action – this time driving a car! Cyril will join “Monsieur Dakar” Stéphane Peterhansel and 2010 Dakar champion “El Matador” Carlos Sainz behind the wheel of the fearsome Peugeot 2008 DKR. The trio of drivers have a total of 17 Dakar victories between them and will be assisted by co-drivers Gilles Picard, Jean-Paul Cottret and Lucas Cruz.

Proceeding Cyril in making the switch from bike to car last time out was the Polish pair of Marek Dabrowski and co-driver Jacek Czachor as they parked their Orlen Team Toyota in 7th place at the conclusion of their four-wheeled debut. Just six places behind came their countrymen Adam Malysz and Rafal Marton. Adam, a multiple World Cup winning ski jumper before switching to a rally career, is back in the race with the two-wheel drive SMG Buggy and aiming to crack the top 10 in his fourth Dakar.

Expect the South American fans to be out in force to cheer on the ever-popular Nasser Al-Attiyah as he looks to mount a title challenge with his Qatar Rally Team. Nasser and co-driver Mathieu Baumel will be in control of a Red Bull branded Mini All 4 Racing machine as they look to repeat the Qatari’s 2011 Dakar victory.

Another former champion out to recapture his crown is South Africa’s Giniel De Villiers as he arrives in South America with his Toyota All Speed Team. Accompanied by long-time co-driver Dirk Von Zitzewitz, the pair have finished in the top five an incredible seven times in addition to their victory in 2009.

It was a return to the top step of the Truck race podium for Team Kamaz Master last time as the Russians once again stamped their authority on the event with four vehicles in the final top five. Team captain Vladimir Chagin, himself a record holding seven-time single category champion, will send four crews into battle led by drivers Andrey Karginov (2014 winner), Eduard Nikolaev (2013 winner), Ayrat Mardeev and Dmitry Sotnikov.

Perhaps the most open category at the 2015 Dakar Rally will be the Quad race with last year’s Rookies Cup winner Mohammed Abu Issa looking to make a leap onto the podium. The young Qatari’s ultimate ambition is to one day emulate his countryman Nasser Al-Attiyah by winning motorsport’s toughest test of endurance.

With adoring Argentinian crowds lining the route, the decisive dunes of Copiapó in Chile and new ground to break in Bolivia the stage is set for the most intense Dakar Rally of all-time. Stay up-to-date with the fortunes of our brave band of travellers on redbull.com/dakar. 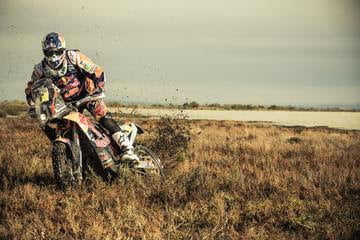 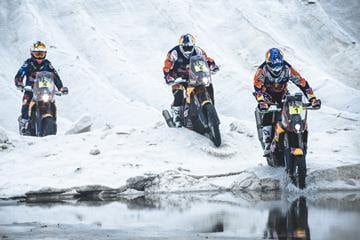 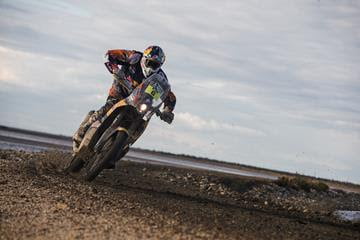 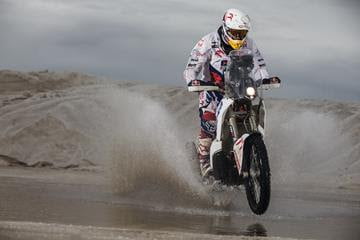 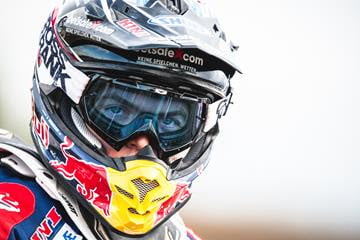 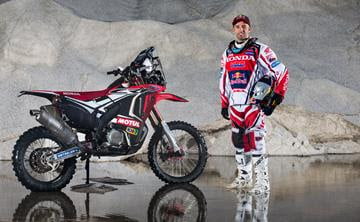 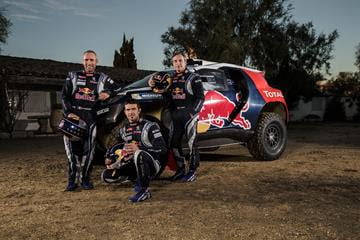 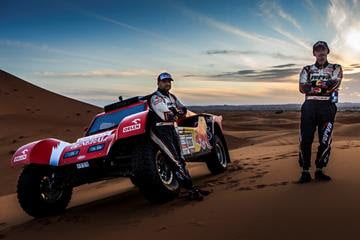 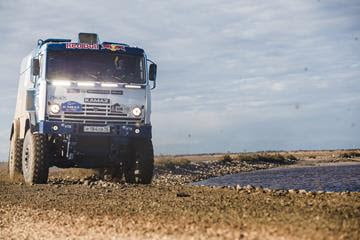 >> DIRECT LINK TO THE TEAM COMPILATIONS: