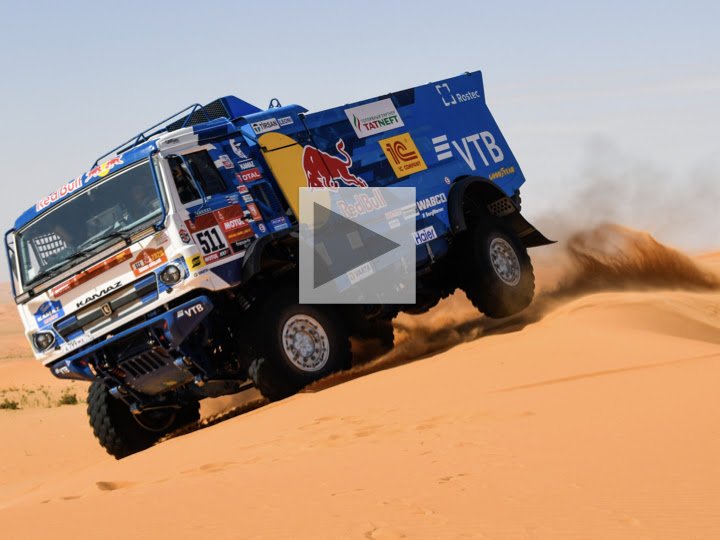 It’s the calm before the storm of the second week at the 2020 Dakar Rally as the convoy enjoys its midpoint Rest Day in Riyadh. Already on the opening six stages of the rally there has been no shortage of drama.

The Rest Day is an opportunity for Dakar competitors to work on their strategies for the final week of racing. With more than 4,000 kilometres still to travel between Riyadh and the finish line there’s still plenty of action to unfold on the race track. The Rest Day also allows the crews of mechanics and engineers to get race vehicles in tiptop condition for the challenges that lie ahead.

On Sunday racing will resume in Saudi Arabia. Can those currently controlling the leaderboard maintain their dominance over the desert dunes still to come?

The six stages during the Dakar’s second week will be contested over mostly sandy terrain, with the mighty dunes of Saudi Arabia’s Empty Quarter still to be negotiated. There’s also the Shubaytah marathon stage on the menu.

The glory of the finish line in Qiddiya is still a long way off and there’s still plenty to overcome before the first Middle Eastern Dakar concludes.

Scroll down for the latest standings, images and quotes from the rally…

Carlos Sainz: “The Rest Day allows you more time to think calmly about the previous stages. We can discuss the little things we can still polish and improve. You think about what you could have done better and how each stage has gone, that kind of thing. You also need to take the chance to rest your mind and body.”

Nasser Al-Attiyah: “We’re hoping that the second part of this Dakar will be even better for us. The first week has been really high speed on off-piste and camel grass tracks. We struggled to follow the buggy on this terrain. After the first week I’m only seven minutes behind Carlos (Sainz). Tomorrow is a long stage of 570 kilometres and I’ll try to do my best to put some pressure on.”

Giniel De Villiers: “The Rest Day is a chance for us to recharge the batteries. The mechanics and engineers are working hard to do a full service on the cars. Looking back on the first week, except for our win on the second stage, it’s been a little bit disappointing. We’ve struggled to get on the absolute pace of the guys in front. Having had a bout of flu also didn’t help me.”

Kuba Przygonski: “This year the Dakar has been tough for us. There’s been lots of mechanical issues with our car. When I look at it from far I can say that the last four years have been really good for me, with better and better results. So this year, it’s tough. It’s like this at the Dakar, you can’t avoid problems every time.”

Toby Price: “The most enjoyable part so far was yesterday’s stage, even if it did finish on a bad note for us. The stage was fast with a good sandy pistes and a bit of dunes. We navigated extremely well. We averaged around 116kph for the whole stage. The bike is maxed out in the sand at 158kph so it was pretty much a full gas day. We’ve still got plenty more stages to come and I’m sure the scenery is going to get better and better.”

Jordi Viladoms, KTM Rally Team Manager: “Until now it has been a really tough Dakar, especially the navigation. It has been mentally exhausting for the riders to be so focused during every kilometre of each stage. All in all, we haven’t had the luck in this first week. But this race is always tough, it’s nothing new. We will keep pushing in this second week of the rally, right until the finish line.

Cyril Despres: “Just in this first week we’ve been able to progress so much on the car. The last two days have been good for all three OT3s. I’ve been impressed by the performance of Mitch (Guthrie Jr.) and Blade (Hildebrand). The dunes have not been easy and they’ve both done really well. Mike (Horn) and me have seen them in action out on the stage and they’ve both been handling it well.”

Mitch Guthrie Jr.: “On Stage 5 we struggled a bit, but on Stage 6 we had another really good day. It was like the Glamis sand dunes back home out there. I was having a ton of fun with Ola (Floene, co-driver), I was telling him that the terrain was just like back home. I’ve heard it’ll be 70 percent dunes in the second week so that sounds good. I’m happy with where we’re at coming into the rest day.”

Chaleco Lopez: “I’m very satisfied with the work that my co-pilot (Juan Pablo Latrach Vinagre) and I have done. There was a lot of sand on the last stage before the Rest Day, it seemed like Chile. I’m enjoying the Rest Day before approaching the second week. The first week was really tough.”

Andrey Karginov: “We spent time today with our mechanics preparing for the second part of the Dakar. It’s very important that we make our trucks as reliable as we can. For sure our crew has to rest a little because we want to push and push on the next stages. We hope that we will be successful on the sands of Saudi Arabia.”

Ignacio Casale: “My strategy is to maintain the gap I have in the general standings. I’m very happy with the job I’ve done up until now.”