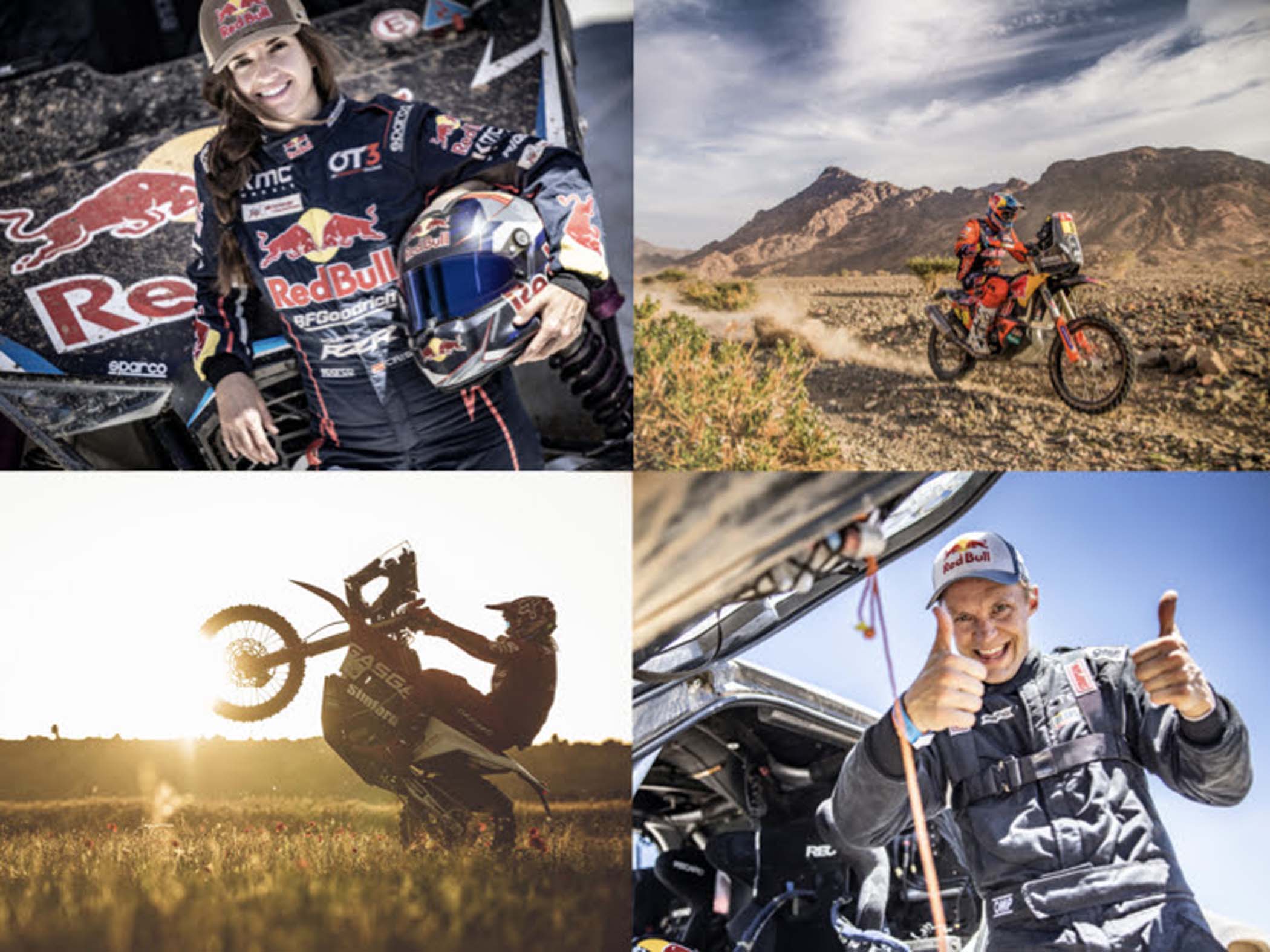 Five days of cross-country action – including 1,500 kilometres against the clock – start on Wednesday, June 9 and finish on Sunday, June 13. The ultra tough special sections will be staged in the Aktau and Kenderly areas on the Mangyshlak Peninsula of western Kazakhstan.

Fresh from scoring an historic win in Spain, the Red Bull Off-Road Junior Team are jetting east. Cristina Gutiérrez leads the early FIA T3 rankings thanks to victory in Andalucia alongside co-driver Francois Cazalet. This could well be a season to remember for Gutiérrez.

“I hope that we will have a good race here in Kazakhstan. We will do our best and try to have as good a time as possible.” – Cristina Gutiérrez

Also at the controls of the Red Bull Off-Road Junior Team’s custom-built OT3 machine in Kazakhstan will be Guillaume de Mevius. The Belgian scored a pair of stage wins on his Junior Team debut in Spain and alongside his compatriot Tom Colsoul will be aiming for more this week.

“My goal for this year is to perform as well as possible throughout the World Cup season.” – Guillaume de Mevius

Right on the pace in Andalucia was former DTM and WRX champion Mattias Ekström. The Swede was racing his first ever cross-country race in the car class, behind the wheel of a MINI John Cooper Works Buggy. With countryman Emil Bergkvist reading the pacenotes, the Swedish pair scored fifth place in their new category. The next target is a World Cup podium during the six rounds of the season left to race.

Red Bull KTM Factory Racing will be represented by two former FIM Cross Country Rallies World Championship winners at the first round of the new season. Britain’s Sam Sunderland (Dakar winner in 2017) and Austria’s Matthias Walkner (Dakar winner in 2018) will be using this six round championship to tune up for another trip to Saudi Arabia next January.

“Hopefully, a strong start to the series in Kazakhstan will lead to another good year.” – Sam Sunderland

Rally Kazakhstan will be a first outing as a GASGAS factory rider for Australia’s Daniel Sanders. On his debut Dakar earlier this year Sanders impressed with six Top 5 stage results. He’ll be looking to repeat that kind of consistent riding over the course of an entire World Championship season.

“I’ve not been in rally that long so to be picked up and put on a factory team this early in my career is awesome.” – Daniel Sanders

This week’s action beings with a ceremonial start on the Aktau Seashore Promenade on Tuesday, June 8. Then comes five days of timed cross-country racing, measuring a total of 1,500 kilometres. The final podium is set for Sunday, June 13 at the Caspian Riviera Grand Palace.

Cristina Gutiérrez: “Many people have told me about this race in Kazakhstan so I’m very happy to be here now. We did well in Andalucia and now we need to carry on making the most of the opportunity the Red Bull Off-Road Junior Team has given us. I hope that we will have a good race here in Kazakhstan. We will do our best and try to have as good a time as possible.”

Guillaume de Mevius: “My goal for this year is to perform as well as possible throughout the World Cup season. There are still plenty more races to come, including this one here in Kazakhstan. Everything we do this year will be great preparation for the Dakar Rally in 2022.”

Sam Sunderland: “I am feeling good at the moment. We’ve been doing some really constructive testing with the team in Spain, and it’s been great to get the feel of things back after Dakar. We’ve made some changes to the bike’s settings, mostly with the suspension so it’s good to make some really positive steps there. I’m looking forward to seeing how they work out in a full race situation. The goal for me for this year is to keep the number one on my bike, which I won in 2019. Obviously, with no championship last year I’m still carrying the #1 plate. Hopefully, a strong start to the series in Kazakhstan will lead to another good year.”

Matthias Walkner: “I’m super excited to start the world championship season, it feels great to be back on the rally bike again. The first round is looking really interesting because hardly any of the leading riders have been to Kazakhstan and so the race should be a good test for all of us. I’m really looking forward to racing in a new country and experiencing some different landscapes. My preparation in the off-season has been going well. I’ve really tried to focus on my bike skills – getting back out on the motocross bike and working on my speed. Testing in Spain has gone well, we made some good changes and I’m really happy with how I feel on the bike. The plan now is to do my best at round one of the championship and keep working hard for the rest of the year.”

Daniel Sanders: “Being the face of GASGAS in rally is really cool. I’ve not been in rally that long so to be picked up and put on a factory team this early in my career is awesome. I’m so looking forward to racing this year as part of this team. It’s been such a long time since the Dakar and with the world championship coming up really soon, I just can’t wait to be competing again. I’m excited for the future, the opportunity that I have, and it’s going to be a great year of racing. Let’s go!”