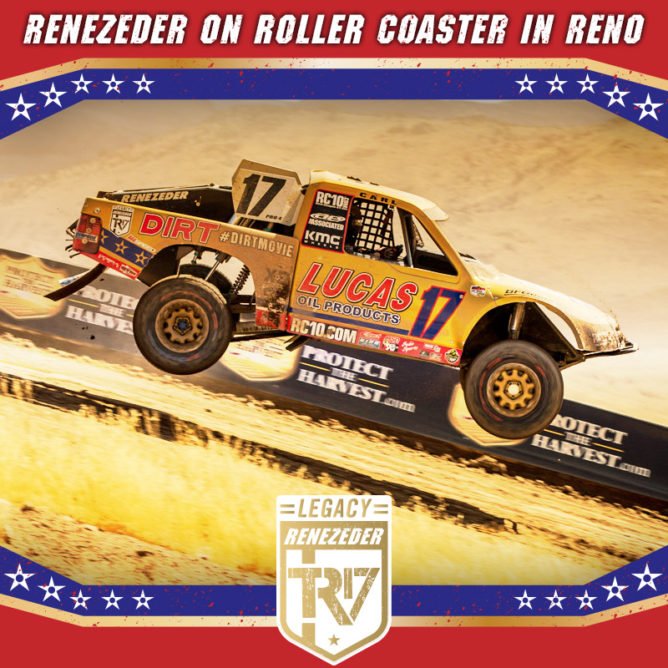 Reno, NV
Carl Renezeder was on a roller coaster ride at rounds 9 and 10 of the Lucas Oil Off Road Racing Series at Wild West Motorsports Park in Sparks, Nevada. The track at Wild West does climb very high up the hillside before plunging down the front straight into turn one, but the rollercoaster Renezeder was on, had to do with his up and down reversal of fortune. In his final season of racing, it’s important to Carl to give the fans at each track a great show. He delivered on Saturday with a decisive win in his #17 Lucas Oil Products / RC10.com Pro-4 Ford. During Sunday’s race, he was out front again, but suffered a rare mechanical issue that sidelined him before the finish. 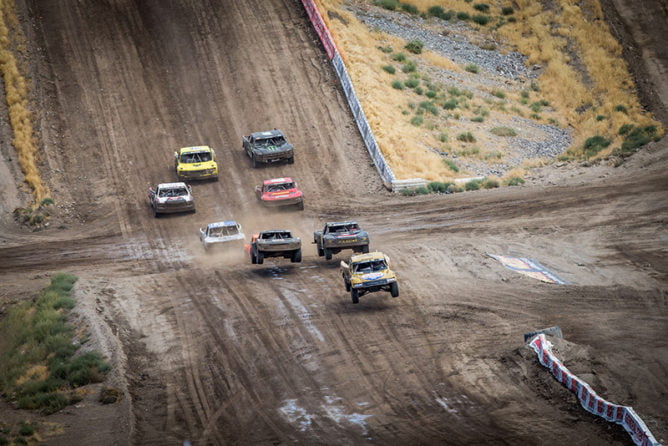 The TR17 crew did an excellent job preparing the #17 Pro-4 for Reno as it was very fast, right off the trailer. During qualifying, it was getting faster with every lap. Carl put down some consistently fast laps and ended up qualifying third. During the race on Saturday, the inversion drawn was a 4, so Carl started outside of row 2. After the green flag dropped Carl settled into the third spot behind Kyle LeDuc and Doug Mittag. “I sat back and watched the pair out front for a little bit,” said Carl, “Mittag was putting some pressure on LeDuc and I started showing them my nose for quite a few laps. I was being patient and just waiting for the race to develop but I kept the pressure on. Mittag was holding his line well so we could run close together with no contact.” 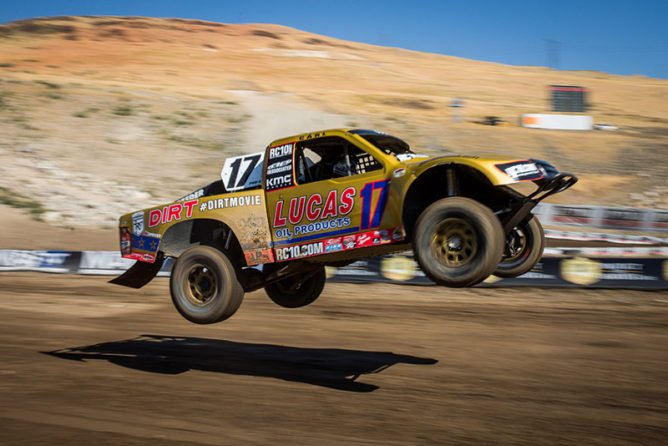 Eventually, Carl made his move; passing Mittag and setting out for LeDuc. LeDuc had put a little gap on Carl as he was locked in battle with Mittag. Carl picked his spot and made a clean pass on LeDuc who did not want to yield the position. LeDuc put up a fight for half a lap until Carl really made the pass stick and started opening up a gap. At the finish, the gap had grown to about 20 truck lengths. “The truck was super fast, really predictable, and I felt good on the track,” said Carl, “It was a great day!” With a win under their belts and a dialed in truck, Carl and the TR17 crew were free to relax and enjoy some time with the fans. 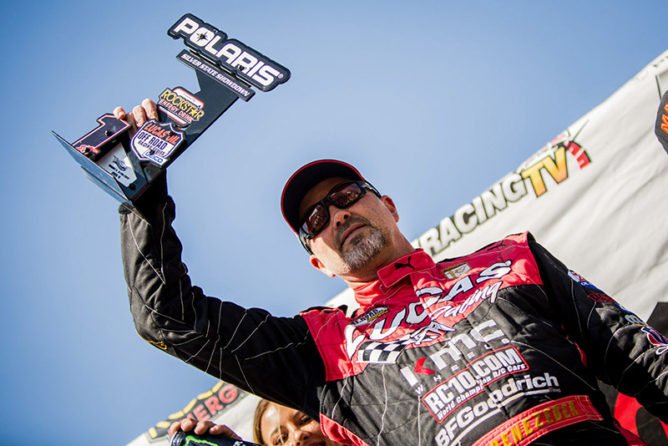 During qualifying for Sunday’s race, Carl was laying down the fastest times during the first few laps. On his final lap, the lap most drivers aim to get the number one spot, a truck spun out in front of Carl ruining his run. Carl ended up qualifying 4th fastest instead of first. The extra point for qualifying on the pole would have been nice, but he knew he had a fast truck capable of winning again. Whatever frustration the team was feeling after qualifying was soon wiped away when the inversion drawn was 4. That put Carl on the pole for the race. 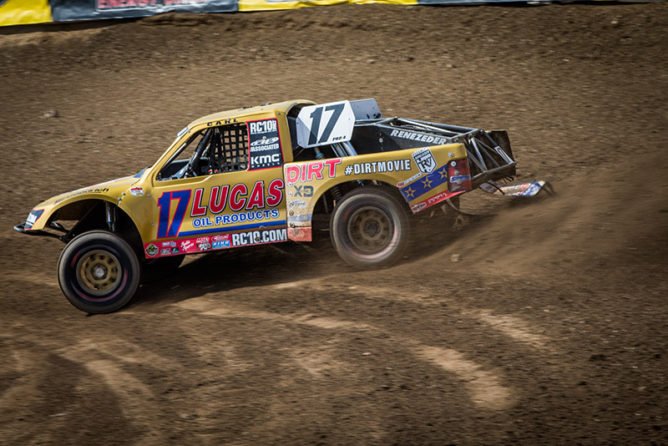 “I got the holeshot and held the lead until a yellow flag came out on lap one,” said Carl, “After the restart we were back in the lead. I was picking my lines, staying smooth, and waiting for the track to come in. I had RJ Anderson behind me and I knew he was going to be aggressive. I was protecting my line when he got into my door in turn 4 and tried to drive me off the track. 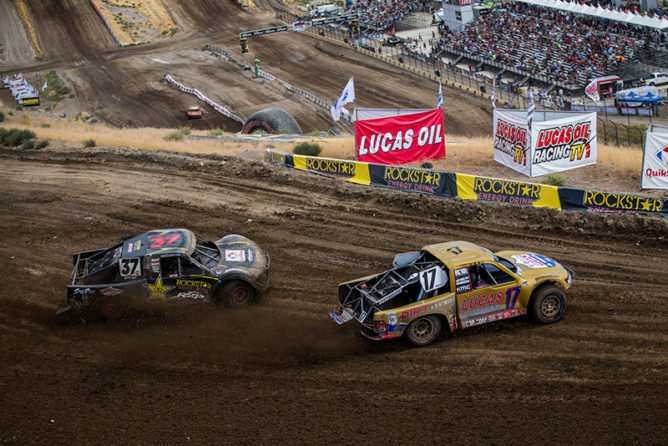 I got on the brakes and let him go because I didn’t want to hurt the truck. I knew I could get him back because my truck was faster. The yellow flag came out just after the pass so he had to give the position back. I built up a comfortable lead but the contact with RJ damaged my right rear tire and I had to stop under green several laps later to change it. I got back out a lap down. I backed it down a little and then I snapped a timing chain on the engine. It just wasn’t my day. I wasn’t going to be my day. It’s just the way it worked out.”

Before the TR17 crew heads to their last race in California at Glen Helen on September 15 and 16; a track where Carl has always done well, they will travel to the birthplace of short course racing in Crandon, Wisconsin for the 48th World Championship. “We are very excited about racing in Crandon,” Carl continued, “Crandon is a special place and we can’t wait to open it up on the wide open track. When we get to Glen Helen we feel really good about the track there and our truck set up. We do a lot of testing there so I think we are going to be really fast. We want to go out both days and win the race.” There is always a huge crowd at Glen Helen. Get your tickets early if you want to catch Carl in his last Southern California appearance.