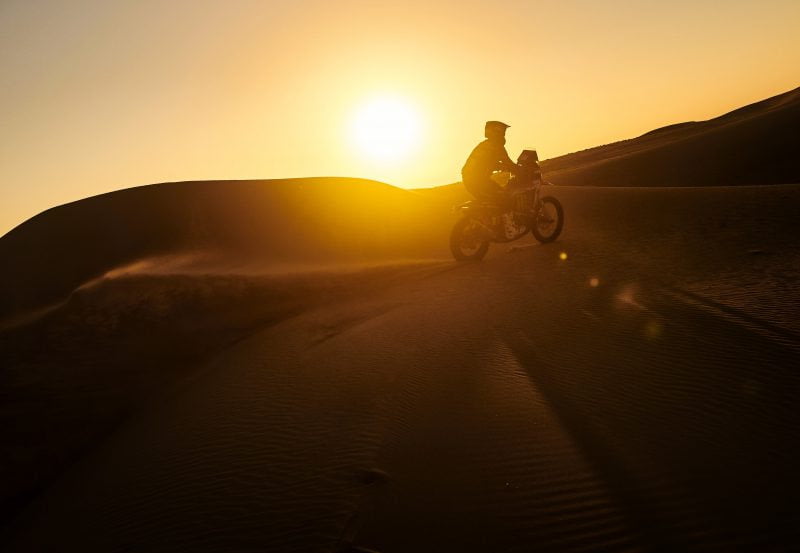 Ricky Brabec leads the Dakar with one stage to go

Monster Energy Honda Team’s Ricky Brabec holds on to the overall leadership of the 2020 Dakar Rally. The American is poised to tackle the final stage which could be a historical one for the Honda squad.

The second leg of the marathon stage unfolded without setbacks for the Monster Energy Honda Team. Today, in the penultimate special of the rally, the pretenders to the podium got one second-to-last chance to close the gap on the 2020 Dakar Rally race leader.  Today’s stage, featuring 100 kilometres of dunes at the beginning of the special, favoured those in pursuit of the frontrunners and a group soon formed including Joan Barreda, Ricky Brabec and Kevin Benavides, all of whom made it to the final destination in Haradh without difficulties.

Chilean rider José Ignacio Cornejo finished fourth on the day, less than three minutes behind his fellow-countryman Quintanilla, who took the spoils. Cornejo now has the possibility of attacking tomorrow in the concluding stage in a bid to be among the prize-winners.

Ricky Brabec holds on to the lead that he has held since day three. The American managed well the advantage at the head of the general rankings, in spite of having dropped 12 minutes to the day’s eventual winner and now has everything in his favour in his bid for the outright Dakar Rally 2020 victory.

Joan Barreda opened the track after yesterday’s win and was followed by his Monster Energy Honda squad-mates, Brabec and Benavides. The handicap eventually led him to concede 14’48 to the stage winner. Barreda now lies in fifth place overall but is by no means out of the running for a final podium place in the race.

The final stage will be decided tomorrow between Haradh and Qiddiyah. A 374- kilometre special which will feature a 20-kilometre Qiddiya Trophy GP, obligatory for the riders who finish on the final podium of this edition of the Dakar, although the result will have no effect on the final standings of the rally.

Composure will be a trusted ally on this final stage, where the positions at the top of the classification can still change. The last hundred kilometres will give the navigators just as many headaches as in the previous week. But the finish line is not far! A 20 km special section, with no impact on the general classification, will also select the winner of the “Qiddiya Trophy”, immediately before climbing onto the final podium. 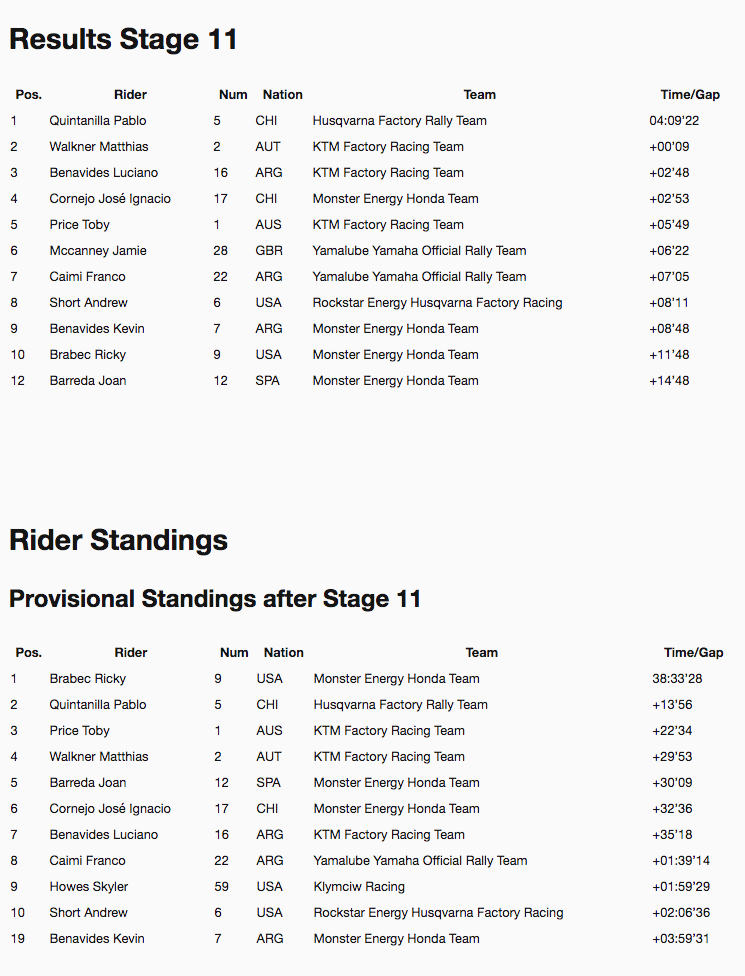