American Ricky Brabec is the new boy in the Team HRC fold. The team’s fifth member, who will sport the official colours of Honda in the 2016 Rally Dakar, arrives fresh off the back of an intense string of successes in the American desert.

Team HRC’s newcomer has emerged rapidly as the top American off-road rider with a particular gift for desert races. 2014 saw him reach a new historic milestone after winning everything possible in this discipline: the Hare & Hound competition, Best in the Desert and SCORE International, as well as the legendary races Baja 250, Baja 500 and Baja 1000. Now, Brabec is all set to take up the toughest challenge of them all – the Dakar Rally – as he becomes the youngest ever American rider to debut in the great off-road odyssey.

Ricky Brabec was born and bred in Southern California, USA and grew up wishing to make it as the world’s off-road number one. As a restless child, he first took up the bicycle and on rare occasions was let loose a motorbike, which soon turned into a passion for Ricky. By sixteen there was no turning back and was at odds with the world without two wheels, petrol, boots and helmets.

Team HRC Team Manager Wolfgang Fischer put him into Team HRC for a trial in the first round of the 2015 FIM Cross-Country Rallies World Championship, in Abu Dhabi. As a “wild card” entry on the official Honda CRF450 RALLY he performed excellently and finished fifth overall as well as finishing top of the junior category (Under 23).

The rider’s aim is now to establish himself with Team HRC Rally, one of the competition’s official factory teams. Ricky will be looking to make his presence felt in some of the stages and let the entire world know about his speed.

– What does it mean to you to be part of Team HRC?
– Being a part of HRC is amazing, I don’t really even have the words because as a kid I wanted to ride with Honda, but now it’s a dream come true and I feel truly blessed. It means so much to me to be in Team HRC with the best riders in the world. I have worked so hard for this day and now I can’t wait to show what an American has in the rally world.

– Earlier this year you participated with Team HRC in Abu Dhabi. What feelings did you have hopping onto the Honda CRF450 RALLY for the first time?
– For my first time abroad I was honestly so nervous to get on this big rally bike that I had never seen up close, let alone race it! I was in shock when I got there to see it and set it up to my tastes. It was all very exciting.

– Abu Dhabi was your first World Championship rally. How was the experience?
– The experience in Abu Dhabi was unreal with five days of rallying, navigating in nothing but sand dunes. For me, it was difficult, but then again I told myself, “This is my first time on the bike and I just need to get used to it and get through to the end of each day.”

– How do you feel after overcoming injuries sustained in a hard fall in the American Hare & Hound competition?
– The injuries I had this year in 2015 were tough on me for sure. I overcame them with the help of my great friends and family who kept me straight and I continued to tell myself that there’s always another race and it’s a long road ahead of me.

– Recently you have been in Europe, training with your teammates and riding the Dakar bike. What can you tell us about these intense weeks with the team?
– Being here in Europe is great, finally spending time with the team and riding the rally bike. I think it will help me so much for the Dakar. The days here are long and the riding is great, not like the Californian desert, that is for sure.

– There are just a couple of weeks left before the Dakar. What do you expect from your first participation in this race?
– For my first Dakar, I’m arriving with a great attitude and, to be honest, my expectation is just to finish solidly and keep my team-mates heading towards the top spots on the podium. It’s my job to make sure they don’t get left in the desert with any problems. Because that, I’m preparing in US with the help of Johnny Campbell in order to improve my skills. I just want to finish well, help the team out and make my country happy once the rally is over. 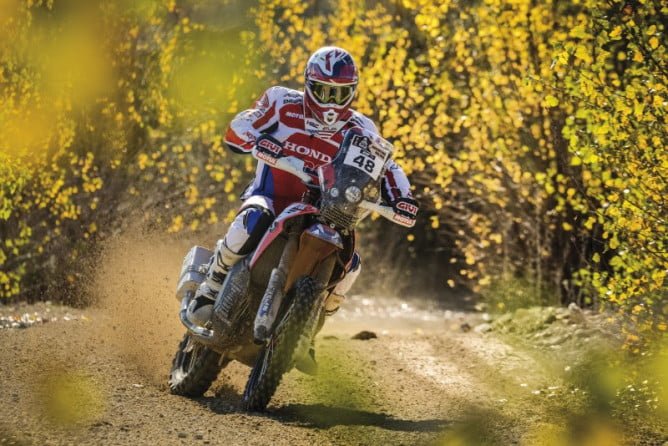 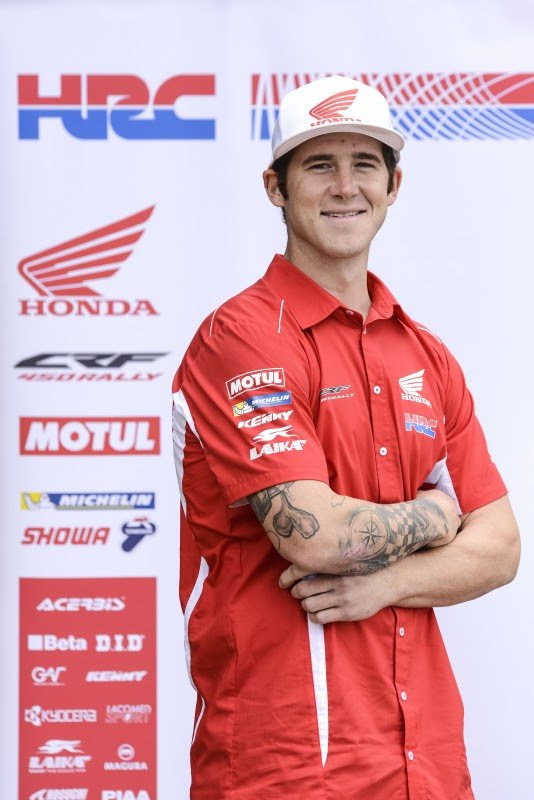 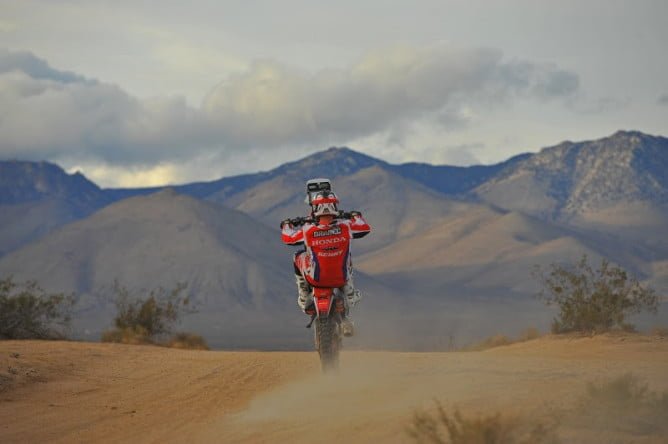