If these words hadn’t first come out of Walter White’s mouth, surely Robby Gordon’s would have been next.  In 2013, Gordon came out swinging with his Stadium Super Truck Series and managed to bring off-road racing back to stadiums around America and pair it with an impressive NBC television package.  Growing pains quickly developed amongst his ambitious plans, Gordon was forced to make some transformations and schedule adjustments to finish out the season.  This year, the series was rebranded as the SPEED Energy Formula Off-Road Presented by Traxxas to better reflect the unique ability of the Stadium Super Trucks competing on any racing surface at virtually any venue and appears to be gaining ground.

Having already held successful rounds at the Grand Prix at St. Petersburg and the Long Beach Grand Prix, the series heads to Indianapolis, Detroit, Austin (X Games Austin), Toronto, Orange County, Calif., San Diego and the season-finale in Las Vegas.   X Games puts off-road racing on the worlds biggest action sports stage.  With a live broadcast of the event on ESPN, all eyes will be on Formula Off-Road as the off-road world anxiously awaits what could help push the sport in to a new era.

“My goal is that soon we won’t say off-road racing is a well-kept secret anymore.” Robby Gordon

How did the X Games Austin opportunity come about? Was this something you were always looking to do?

Robby: Not always, but once we created the Stadium Super Truck Series it became a goal of our to race at X Games. ESPN has done such a great job of building the brand and exposing extreme sports to the masses that we thought it would be good for the entire sport of off-road to have the opportunity and take part in this very unique opportunity. X Games has moved into events like Step Up and Speed and Style, Rally Cross and off-road racing fits perfectly. Introducing off-road style vehicles to the X Games athletes and followers is a big opportunity for Formula Off-Road and SST.

What does this mean for SST and Off-road?

Robby:  Everyone involved in off-road racing knows that we have the best kept secret in racing, and X Games will introduce SST and off-road to new fans and bring in an entirely new and different audience.  The more people that understand what off-road is, the better it will be for all of us.  This is what we are doing with the entire series this year, taking it to IndyCar venues, X Games Austin and great venues like the Indianapolis Motor Speedway.  My goal is that someday soon we won’t say off-road racing is a well-kept secret anymore. 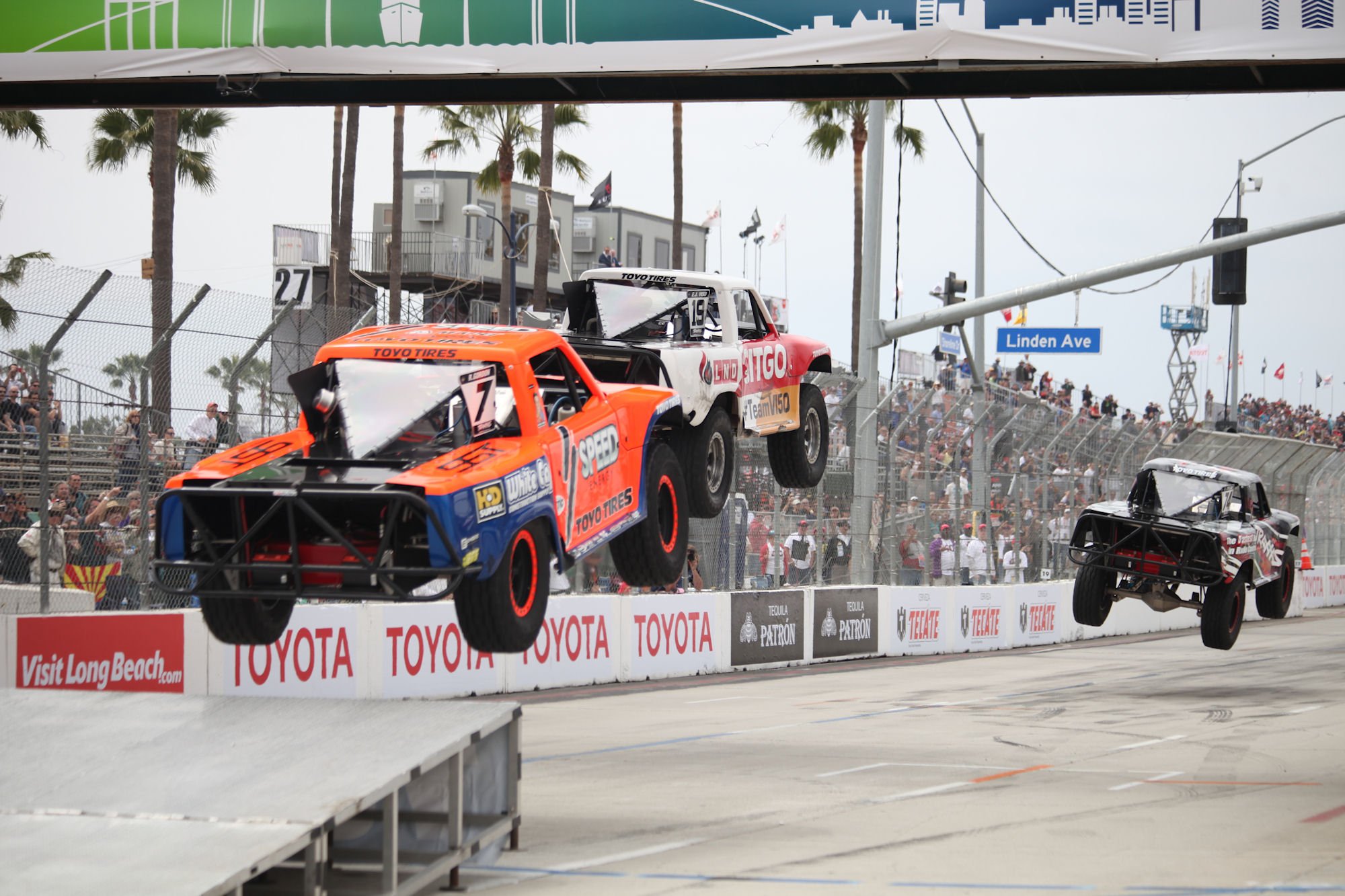 How do you think SST will be received by the X-games audience?

Robby:  The audience at X Games Austin will be completely WOWed with the amount of vertical air and distance we will fly, as well as the horse power that the SST trucks make. There is nothing like earth pounding V-8 horse power, and I have no doubt the attendees will be impressed with the sliding sideways, big air and especially the competitive racing action.

I am sure every off-road driver on the planet will want to be involved. How are you going to select drivers?

Robby:  Driver’s will be selected very carefully, trying to pick individual’s who have off-road experience, we want to give them the first opportunity as well as the rally guys and other X Game Athletes who want to come and play. Obviously SST is a little bit different than other formats such as Moto X, Skateboard or BMX.  Here you have a quarter million dollar piece of machinery that is being used. It is important for these athletes to come along with marketing partners.

In 2014 you adjusted the strategy for SPEED Energy Formula Off-Road Presented by Traxxas. Tell us about your plans.

Robby:  We are going where the people are, simple as that.  Again, our goal is to not only build our series, but to expand and expose off-road racing for everyone involved.  We’ve already had two races in our books that were a complete success. Indianapolis 500 weekend gives us another big opportunity as will the Detroit Grand Prix, Toronto and some of the other new venues we are going to.

You seem to be one of the few drivers that connects desert off-road racing, short course racing and Dakar to each other, how important is the idea that everything off-road is connected?

Robby:  Everything we are doing with desert, short-course and Dakar continues to expose off-road racing. The off-road industry as a whole is huge, and all of us working together to expose the sport to the masses is what will take our sport to the next level.  It amazes me every time I go to the SEMA show how much automotive aftermarket business is focused on trucks.  Racing and the things we are involved are the centerpiece to a multi-billion-dollar industry.  We need to continue to build the sport so that corporate America see the unlimited potential to reach millions of truck buyers and millennials.  It seems to me and our research indicates that while fans of other forms of racing in United States are aging, off-road racing fans are young, enthusiastic and affluent.  Having guys like Travis Pastrana race at The Mint 400 is good for the sport, and when guys like myself who have gone form Off-Road to IndyCars and NASCAR back to Off-Road only builds awareness for off-road as a whole.

You even spend your off time at Glamis, do you consider Glamis is a part of off-road culture?

Robby:  I’ve been going to the dunes of Glamis since my first off-road driving experiences in a Baja Bug when I was 14 years old. I’ve seen off-roading change a lot, with the introduction of the Yamaha Rhino, and the vehicle we helped develop the Polaris Razr. It’s changed the dunes making it for where a lot of people can be involved in off-roading.

Tell us about your new vehicle platform that you used at Dakar.

Robby:  Developing a Dakar package is a never-ending process.  The competition is so tough that we work on our vehicle nearly year-round to and this year we will spend even more time testing and on R&D.  We have received the vehicle back in our possession and it’s in the process of being reevaluated for the performance enhancements it’s going to need at the top level of Dakar. It was a new platform last year, but we will learn and test through 2014 to make it the best vehicle we can make it be before the 2015 Rally. 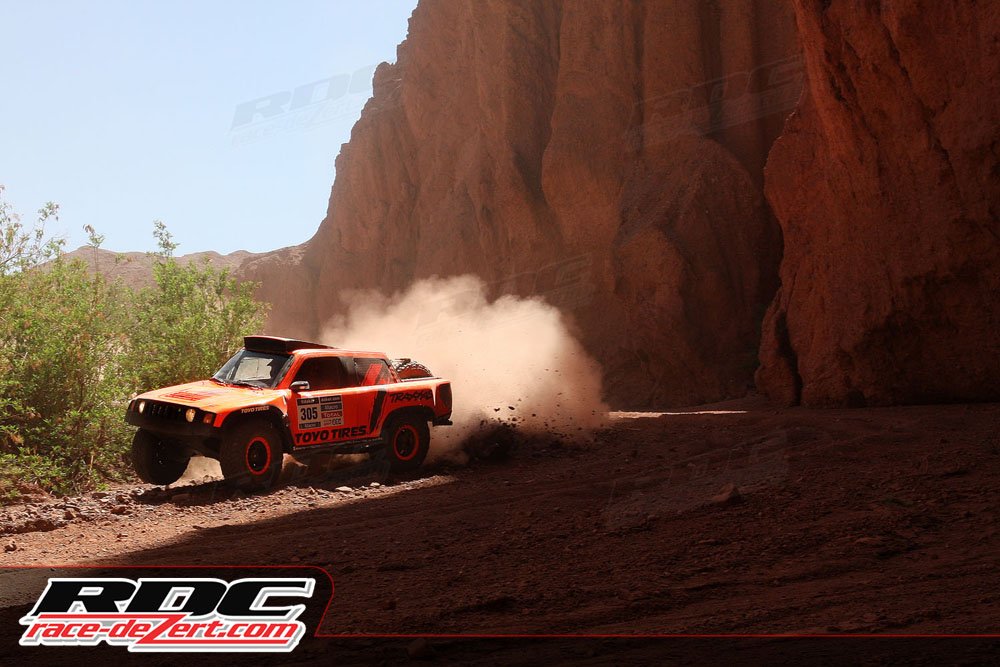