The LA Coliseum is emblazoned in the memories of multiple generations of off-road racers from the Mickey Thompson era of short course racing. Now Robby Gordon has resurrected the excitement of stadium off-road truck racing with a renewed fervor. Make no mistake though his version is clearly his vision mixing black top, metal ramps, and a massive gap jump to double step up jump. The super tight course will quickly separate the men from the boys. After a few rounds of practice the field qualified and Justin Lofton went out and showed that he had mastered the technical course. That is until Robby Gordon, and Rob MacCachran had their turns reminding him that youth and enthusiasm are often outdone by experience. 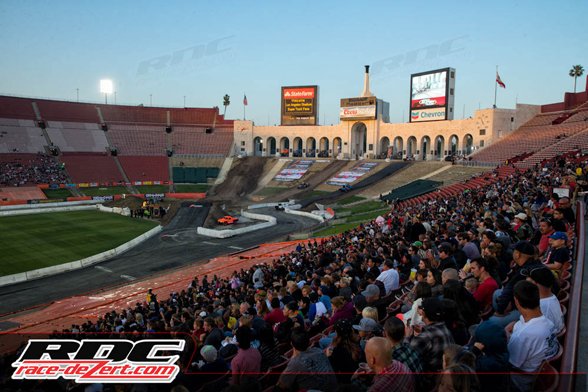 The racing started out with an epic battle between two of the best short course off-road racers in the world Robby Gordon and Ricky Johnson in the first qualifying heat. It was bumper to bumper the whole way. The funny thing was it was for 2nd as Arie Luyendyk Jr. started in front and stayed in front the entire race.

During the 2nd qualifying race PJ Jones lead the entire race to the finish and Rob MacCachren worked through the traffic to finish second.

The last chance qualifier was owned by Justin Lofton from start to finish. Lofton is clearly meant to be a short course off-road racer.

The supper buggy main was crazy. Adrian Cenni started on the pole and lead until he high centered on a barrier on the inside of the sweeper before the front stretch. Jerry Whelchel took advantage of the drama and got out front. After the restart Cenni went over the gap and went off into the stairs on the step up. Another buggy went over the wall on the outside of the final turn. Tyler Winbury stayed on Whelchel’s tail and the duo gaped the field until they caught lap traffic which nearly cost Whelchel the win, but he stayed composed and took the checkered flag. 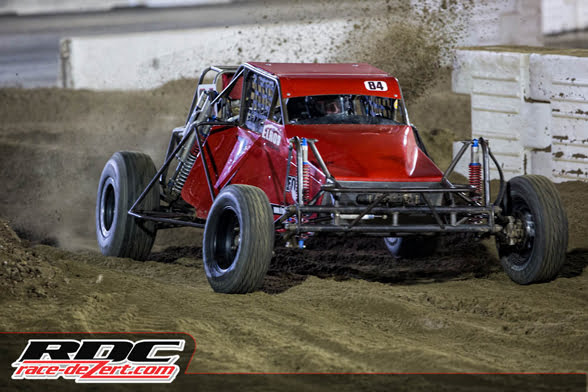 At the start of the main Robby Gordon rocketed off the start from the pole position. Rob Mac quickly established his way to 2nd with Lofton behind him. Jeff Ward got stuck on the sand hill and was parked until the mandatory caution. PJ Jones used the alternate gap jump to step up line and moved up. Arie Luyendyk Jr. rolled in the final turn stopping the action and allowing the field to have another shot at the unstoppable Robby Gordon. The restart is Robby Gordon, Rob MacCachran and Justin Lofton. The field stacks up into turn one and PJ Jones again takes the line and moves up to third. Robby Gordon defends against Rob MacCachran’s attacks and wins! PJ Jones finishes a hard earned 3rd place. 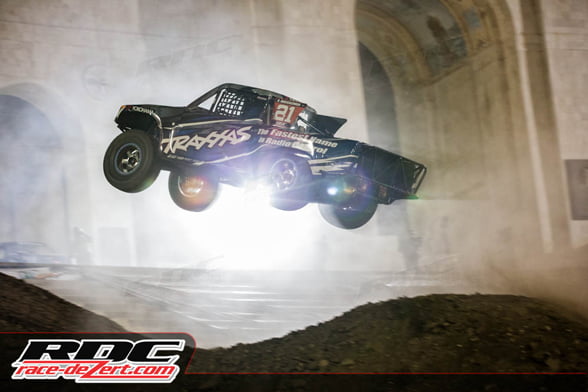 The race broadcast will air on Today Sunday, April 28th, on NBC. All in all some great racing action and definitely entertaining for off-roaders and all those soon to become fans.

M
Matt Martelli
GREAT EVENT! This was some of the best racing action I've seen in awhile! I can't wait for San Diego!
Nice quality asphalt from ALL AMERICAN ASPHALT