High winds were in the forecast for Round 11 of the Lucas Oil Offroad Racing Series out at the Wild West Motorsports Park. With the wind came fans from all over Northern Nevada and they were all rewarded with some great racing action that has been expected at the high speed track out here in Reno, NV. With the season past the halfway mark and championships being held on to by only a small margin, drivers would throw everything they had out on the track to finish on top of the podium.

PRO 4
After turn one, it was evident the Pro 4 race would be a toss up between #99 Kyle Leduc and #27 Rob MacCachren. Leduc, starting on the inside next to MacCachren, was out to an early lead after beating MacCachren to the step down directly following turn one. #48 Ricky Johnson quickly made a move on MacCachren on the first lap, which landed him in the second place position. On the fourth lap, Johnson took the inside line on turn three, which rocketed him into the long straight away on the backstretch of the track. MacCachren later said on the podium, “we’re hitting about 90-100 mph along the back straight away so you really need to stay pinned.” Johnson and Leduc were side-to-side heading in to the final turn, where Johnson muscled passed Leduc to take the lead. 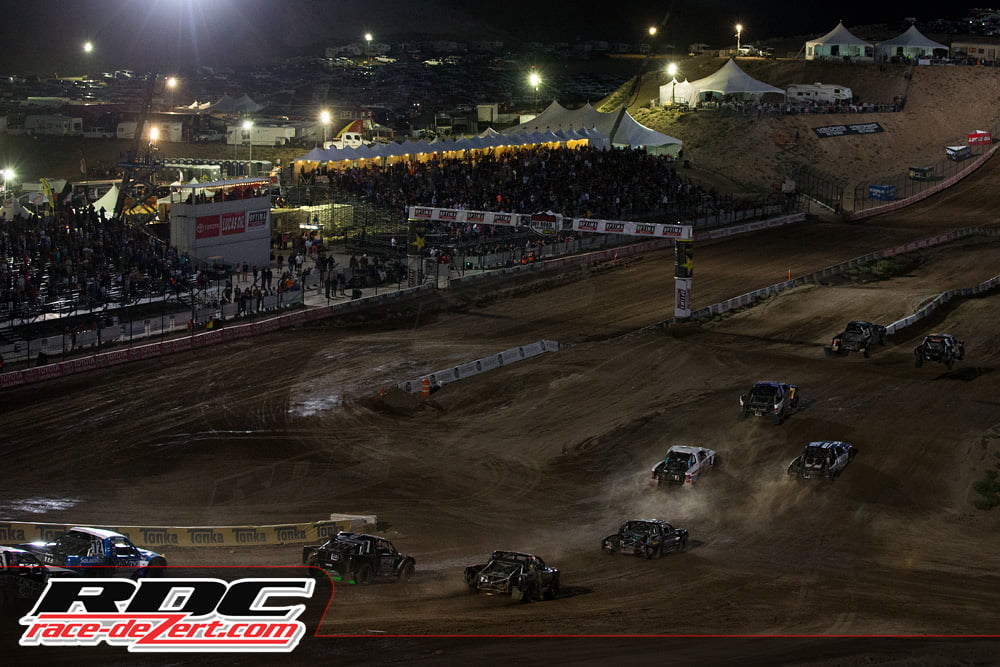 Meanwhile, #1 Carl Renezeder passed MacCachren but coughed back the third place position after slightly nudging the barriers around turn two. A few laps later with Leduc heavy on his bumper, Johnson spun face first in the turn two barrier dropping five positions. MacCachren, trailed by #96 Doug Fortin and #10 Greg Adler, was gifted first place on the second to last lap when Leduc started having transmission problems and fell back to third. On the final lap, Johnson knocked Leduc off the podium in the final straight away heading in the to the checkered flag to round out third place. MacCachren earned his first win of the season in Pro 4 and the second driver (Ricky Johnson being the first) to beat Kyle Leduc.

Pro-Light
With 19 trucks on the track, carnage was inevitable in the Pro-Light race. A lap and half is all it took for #51 Ryan Beat to put his truck on its lid on the Pro 4 rutted second turn. Ten minutes later, racing resumed and veterans #38 Bryan Deegan, #37 RJ Anderson and #2 Casey Currie came out of turn one clean. #74 Sheldon Creed began to creep his way up to Currie on the next lap, only to be stopped a second time to get #49 Jimmy Fitzpatrick back on four wheels. 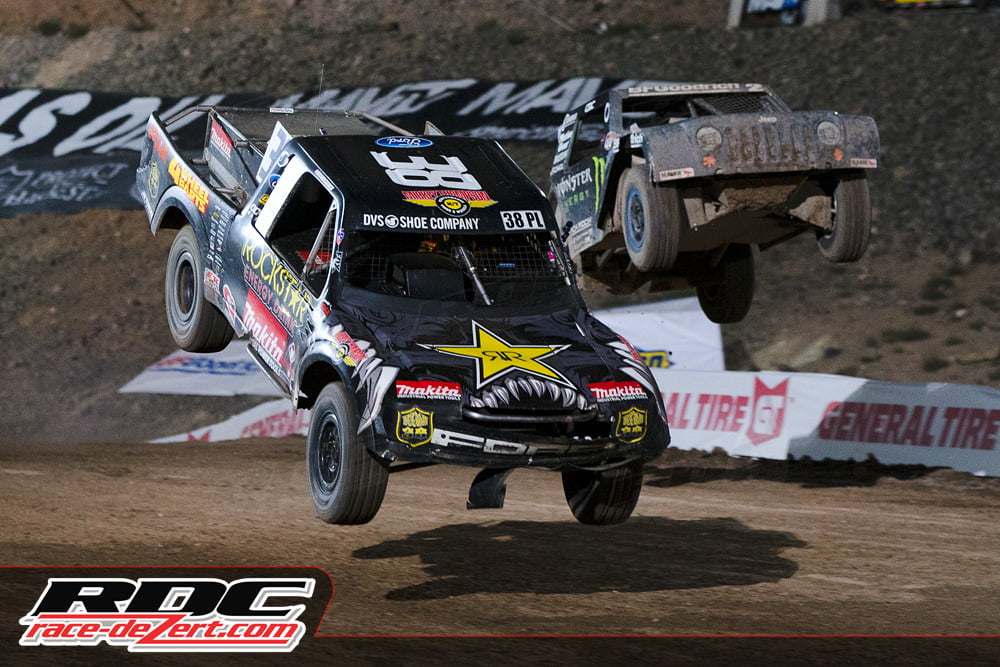 Three wide came Deegan, Anderson and Currie after racing resumed. Anderson began to hit the inside lines hard and began a four lap door-to-door battle with Currie as Deegan pulled away. The lead was short-lived and frustration had to begin to build inside the #38 Pro-Light as yet another caution came out for a third truck rolled over on the second turn. Eight laps now down, racing continued with the top three unchanged. Currie and Anderson resumed door banging to the ninth lap, when Anderson hooked an edge and rolled the #37 Pro-Light. 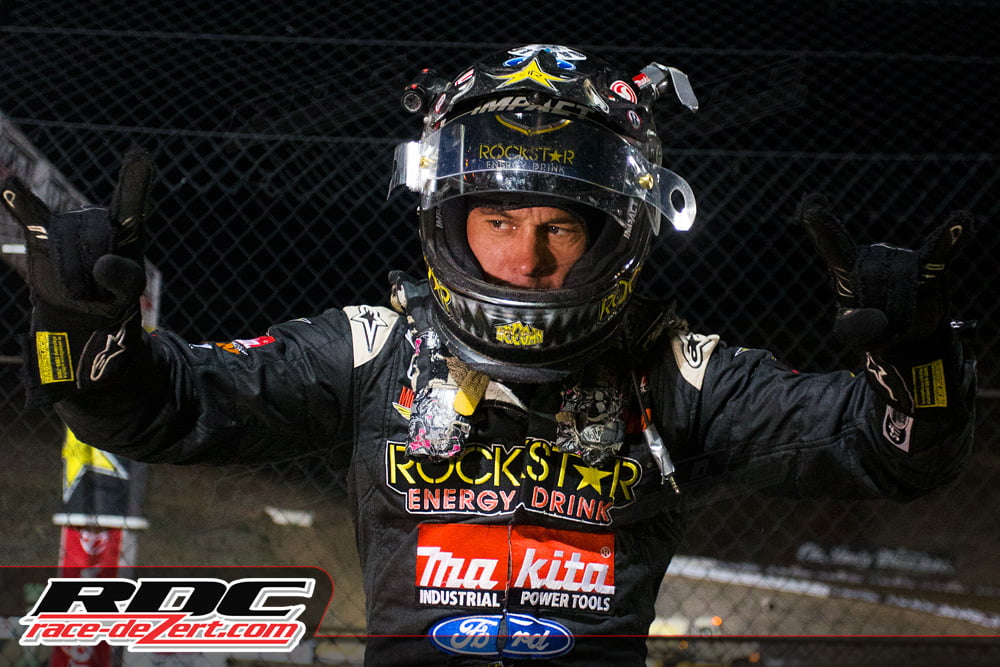 Ten laps down and five cautions later, Deegan spent the remainder of the race protecting the inside lines from Currie and Creed.

Pro 2
The finale to Friday nights Round 11 was an uneventful battle between #38 Brian Deegan and #7 Bryce Menzies. Despite taking the top qualifying position, Menzies made a few changes in the pit before taking the track. Shocks, steering, pretty much everything except the motor. The modifications paid off, as Menzies lead the race for all but the two final laps. 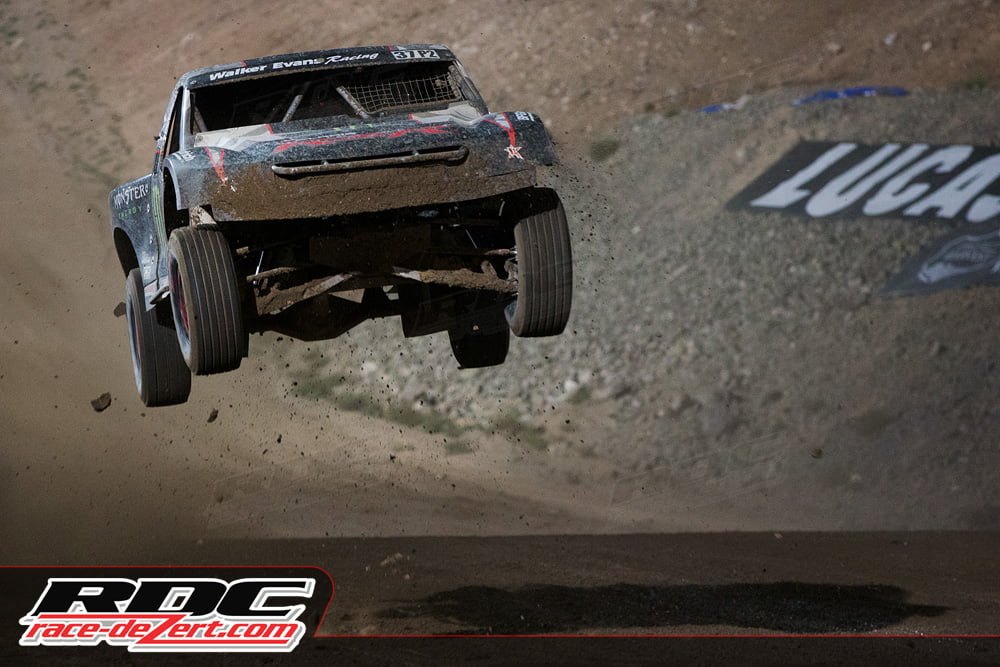 Deegan wasted no time and jumped out to an early lead over the field of fourteen. Menzies waited patiently for his time to make a move on Deegan, who won the earlier Pro-Lite race. Lap by lap, Menzies swerved in and out to gain position and on the sixth lap was able to make a clean pass. The two immediately exchanged blows and the fight was on.

Menzies was able to build a comfortable six truck length lead over Deegan a little over the halfway point, while #21 MacCachren and #15 Hart battled for the remaining spot on the podium. 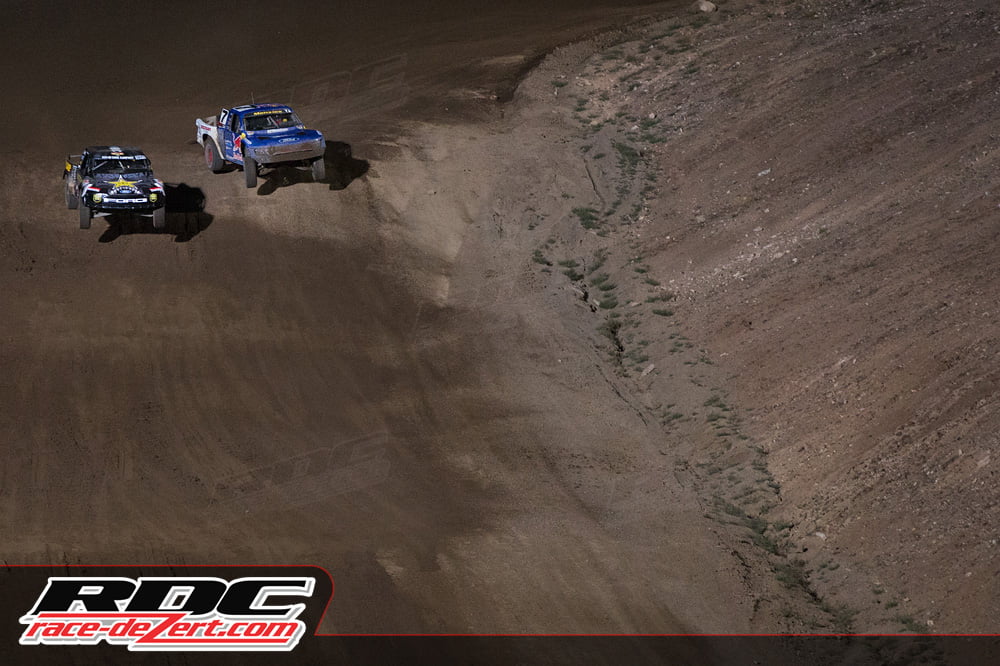 Another yellow flag would stop the momentum as the Tonka truck of Myan Spaccarelli would end up on its side after some friendly contact with Jeremy McGrath. When racing resumed, the two Rockstar trucks of Deegan and MacCachren caught Menzies sleeping and rocketed past the green flag. Deegan reclaimed what was his at the beginning and MacCachren was hot on his tail. Two laps are all that remained and it was too late for Menzies to regain the position lost and Brian Deegan took the checkered.