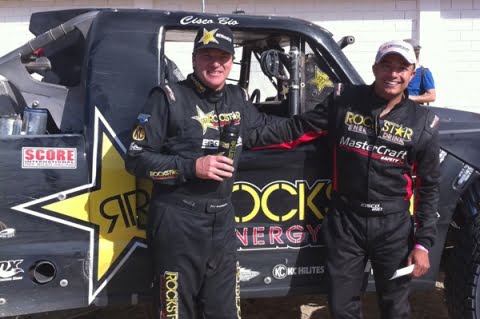 Rob MacCachren has long held a reputation for being a talented driver, the kind of “hired gun” you add to the team to guarantee victory. Yet despite over 175 event wins and 20 championships, his “hired gun” status also meant that he had never won a SCORE Trophy Truck race as the Driver of Record. All that changed when MacCachren and co-driver, Cisco Bio, bested a field of 220 worthy competitors at the 2011 MasterCraft Safety Tecate SCORE San Felipe 250 in the No. 20 SCORE Trophy Truck sponsored by Rockstar Energy Drink and MasterCraft Safety. “We have knocked on the door and come so close so many times; it is great to finally take home the victory for everyone who has worked so hard to make this program possible. I didn’t just want this win for myself and the sponsors, I wanted it for the team.” 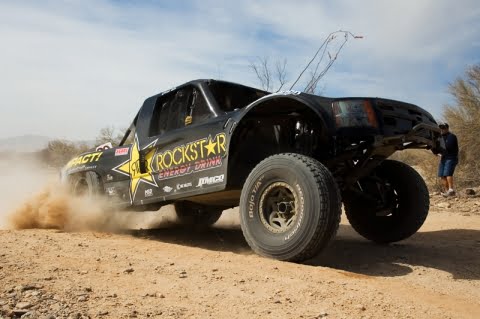 Rob MacCachren started 11th in a crowded field of 24 SCORE Trophy Trucks and quickly worked his way towards the front, battling with the 2010 SCORE Trophy Truck champion, Jesse Jones, for the physical lead. MacCachren was able to traverse the entire 252.09 mile treacherous course in an impressive four hours, 17 minutes and 45 seconds with no flats from his BFGoodrich tires. Battling a slipping steering belt for most of the race, the Las Vegas native took a gamble during the fuel stop at race mile 108 by opting to spray the belt with carburetor cleaner and get back on course as quickly as possible. The gamble paid off as ‘Rockstar Rob’ not only claimed the class win, he also claimed the overall victory and took the checkered flag just 44 seconds ahead of the second overall finisher, Jesse Jones.

Unfortunately MacCachren’s teammate and Impact and MasterCraft Safety CEO, Robbie Pierce, did not fare as well in the No. 30 Impact by MasterCraft Safety / Rockstar Energy Drink SCORE Trophy Truck. After starting the race in the 7th position, Pierce battled brake issues throughout the day requiring the crew to bleed the brakes during the fuel pit. Eventually, the No. 30 succombed to an intermediate shaft failure at Race Mile 172 and Pierce reluctantly had to call the race. It was a disappointing DNF after Pierce claimed a respectable fourth place finish at last year’s MasterCraft Safety San Felipe 250 and also concluded the 2010 SCORE International race season fourth in points.

When asked about the race, Robbie remarked, “I wish my day would have gone better; nothing would have made me happier than to put both our Jimco-built SCORE Trophy Trucks up on that podium in the first and second spot, but unfortunately the unforgiving San Felipe desert had other plans for me. Regardless, I am thrilled for Rob and his victory. It really is the next best thing to my own win and I couldn’t be more pleased and more proud of Rob and the incredible MasterCraft Racing support crew.” 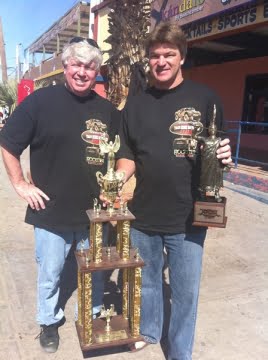 Held along the Sea of Cortez in picturesque Baja California, Mexico, the 2011 MasterCraft Safety Tecate SCORE San Felipe 250 marked round two of SCORE International’s five race desert series. The course traversed 252 miles of sandy washes, deep silt beds, and incredibly rough rocky and whooped out terrain. Look for the MasterCraft Racing Team to continue their winning ways as they work towards the SCORE season championship at the 43nd annual SCORE Baja 500 in beautiful Ensenada, Baja California on June 3-5, 2011.

MasterCraft Racing is Sponsored by: 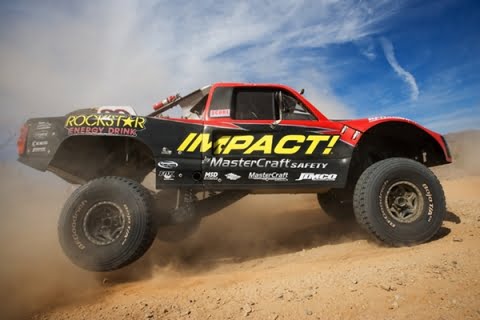 ROCKSTAR is the world’s most powerful energy drink. Enhanced with the potent herbal blend of Guarana, Ginkgo, Ginseng and Milk Thistle, ROCKSTAR is formulated to provide an incredible energy boost for those who lead active and exhausting lifestyles – from athletes to rock stars. 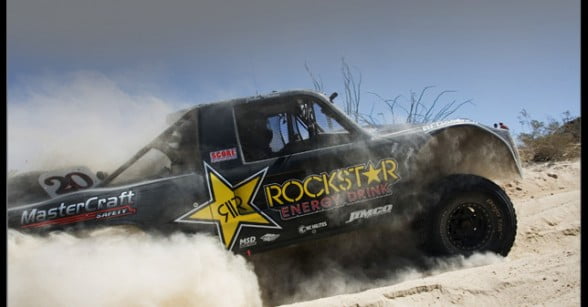 F
RDC
hi my name is luis am 22yr old i love car and speed. My dreme is to be a rally racing... i been working sens i was 14 just to be able to work on my dreme but i have never been able to i want to make it my day to day job i am a new dad so i just want to move forwer with my family. i never finish school so i am scare that i wont be able to take care of them i just want a shot at life ............