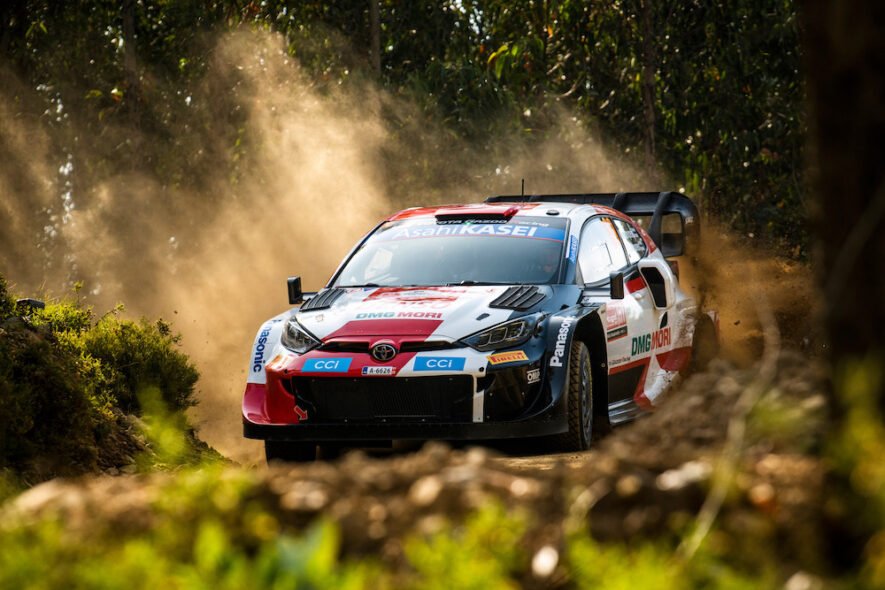 Kalle Rovanperä hunts for a fourth consecutive victory at this weekend’s Rally Italia Sardegna (2 – 5 June) as his Toyota Gazoo Racing squad bids for back-to-back wins on the tough Mediterranean event.

Rovanperä arrives at the championship’s fifth round in fine form. He recorded victory on snow, asphalt and gravel at the three previous three rounds and carries a hefty 46-point advantage as the championship approaches its halfway point.

While the Finn doesn’t have great memories of the Italian island due to retirements in the previous two years, his team-mate Sébastien Ogier – who is absent this weekend – won last season’s edition.

He will have to open the road on Friday, ploughing a line through loose gravel which will become progressively cleaner and grippier with the passage of each car.

“Sardinia will be another tough rally,” acknowledged Rovanperä. “The stages there have been tricky for me in the past, but last year I had a better feeling even though we had some issues during the weekend.

“If the conditions are hot and dry like normal, I think it could be more difficult for us to fight for the win from first on the road than in Portugal, but the target will be the same: to do the best job we can.

“We go there knowing that we have a good base with the car on gravel and although we need to focus on making it even better, we are already in a good place,” he added.

One man who won’t be worrying about sweeping the road is Hyundai Motorsport’s Dani Sordo. The Spaniard is sharing the team’s third i20 N Rally1 car with Oliver Solberg this season, and starts eighth in the running order.

Sordo has made his name as a Sardinia master and claimed back-to-back victories across 2019 and 2020. He joins second-placed title contender Thierry Neuville as well as Ott Tänak in the Korean manufacturer’s line-up.

Rovanperä’s GR Yaris colleague Elfyn Evans needs a strong result to continue getting his season back on track. The Welshman is down in fifth after going off the road in Monte-Carlo and Sweden, although he recovered to take second at Vodafone Rally de Portugal last month.

Esapekka Lappi replaces Sébastien Ogier to drive Toyota’s third car, while Takamoto Katsuta will pilot a similar machine less than a fortnight after Sordo denied him a podium result in Portugal.

The rally base has switched back across the island to the west coast town of Alghero after spending 2021 in Olbia, although the fast and narrow roads – many lined with trees and bushes – will be familiar.