In the past few years the crew from RPM Offroad in Bristol, TN has taken the west coast desert-racing scene by storm competing in multiple SCORE and BITD classes racking up over 50 wins and more than 15 championships along the way. Traveling over 2,000 miles across the country to compete against the west coast based teams on a regular basis the RPM Offroad team has routinely come out on the podium in many cases on the top step. Team leaders Justin Mattney and Clyde Stacy invited us up to the second annual RPM Offroad Open House on Saturday June 15, 2013 held at their 22,000 square foot shop located a stones throw down the road from the famous Bristol Motor Speedway.

The crew had race vehicles, prerunners and off roaders on display in addition to the standard off road shop fare in the show room. In addition to the vehicle displays, vendors including American Tire, BDS Suspension, Baja Designs, Fab Tech, Fluidyne Radiators, JD Squared, KMC Wheels, Mastercraft Safety, Odyssey Batteries, Oreilly’s Auto Parts, Renegade RC, Rigid Industries, Slime, Snap-on, Toyota of Kingsport, Traxxas, Wheel Pros, Westin, and Yukon Gear showed off their latest and greatest offerings and products. Attendees were also treated to a catered lunch by Shindig’s catering with hot dogs, burgers, chili and even fresh made potato chips, and of course plenty of cold water and SPEED Energy drinks were on hand to help keep the Tennessee heat at bay.

Alongside the shop the RPM crew built a small off road track to hone their driving skills with radio control trucks and buggies. The track was open throughout the day with trucks ripping through the turns and over the jumps to the delight of onlookers young and old. The crew from Renegade RC brought out a bunch of trucks including a large 1/5-scale gas truck for demos on the RPM track. Many youngsters in attendance were able to try out Traxxas RC trucks for their first time. We even saw a few families purchase a Traxxas truck or two from the sales team liberating them from the showroom display shelves for some serious backyard fun.

As if drooling over the racecars, watching scale off roaders and seeing great off road products was not enough for gear heads the crew from Fast Enough Performance brought their chassis dyno down to see what the cars and trucks could throw down. Thirty vehicles were strapped down to the Dyno Dynamics chassis dyno with big numbers delivered from a pair of 2013 Mustang Shelby GT500s that both broke the 500 horsepower barrier, but the highest numbers of the day came from Brandon Baker’s 2010 Ram 2500 and its 6.7L Cummins engine that was modified and upgraded by the RPM Offroad crew. Baker’s Ram put 750 horsepower and 1,480 lbs/ft of torque to the rollers. The lowest dyno number of the day came from our own completely stock Robby Gordon Edition Traxxas Slash RC truck that spun the roller with 0.1 horsepower and 7-pounds of tractive force!

More than 1,000 visitors were also able to meet and hang out with RPM Offroad drivers and crew including Clyde Stacy, Derek Fletcher, Jim Bunn, Justin Mattney and Lalo Laguna. Robby Gordon also took time out of his busy schedule to come and spend some time with fans paying special attention to the young ones in attendance. 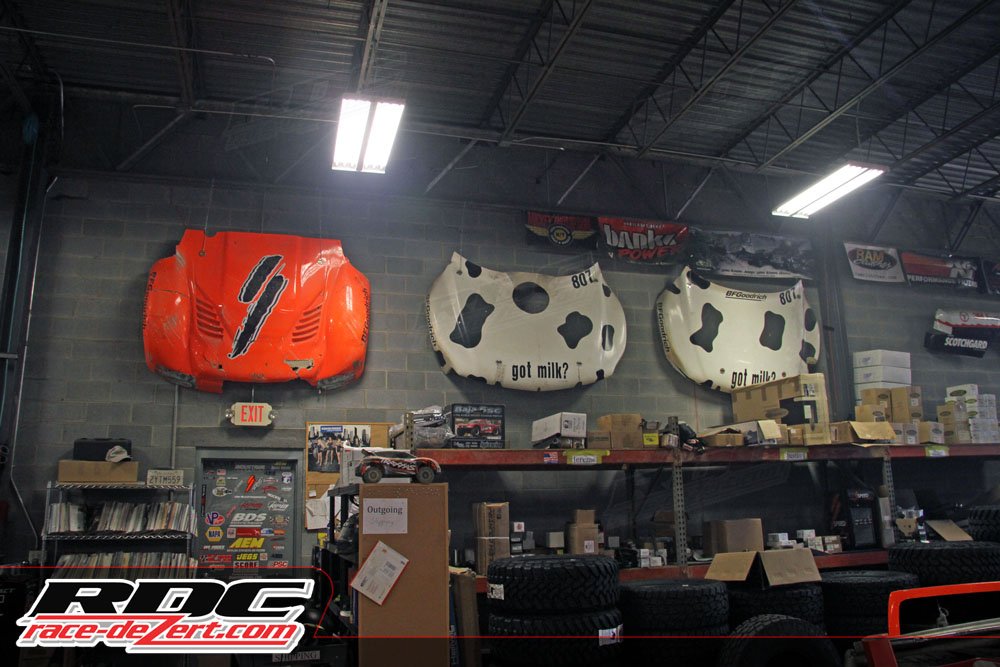 We had a great day in Bristol, TN with the RPM Offroad crew, they showed great southern hospitality to everyone. If you want to see what’s behind the big orange RPM Offroad race machine here’s you chance to take a look behind the curtain. Take a look through the photo gallery to see what you missed.

C
Chris Tobin
I have always thought Bristol was a little too far from the Baja action.
Have they thought of a sister shop in San Diego? Las Vegas?
Just purchased a 2014 Ram 1500 Quad cab 5.7 L. Hemi . Would like to fit 36"-38" A.T. tires .
As far as the lift kit goes ( suspention ) how would this work out with the bumper to bumper/ drive train warranty ? Any info would be appreciated ! I live here in Bristol , can't wait to stop by.