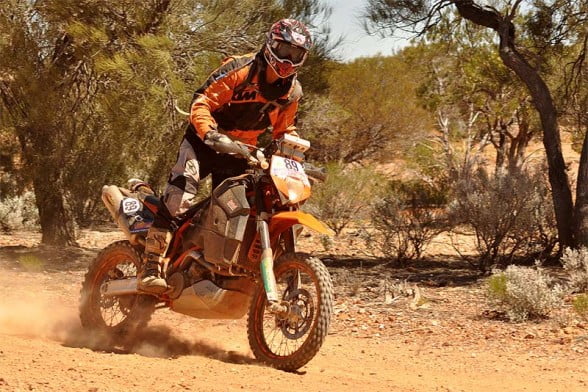 V8 Supercar legend Craig Lowndes has lost his four-leg lead in the
Australasian Safari yesterday in Western Australia, after tipping the
Holden Colorado on its side during a manoeuvre around a tree on the course
on the first stage of the day, one of many obstacles in today’s
challenging race.

Lowndes and navigator John Panozzo had a convincing 20-minute lead over
next fastest driver Steve Riley and John Doble in the Mitsubishi Pajero
until the incident 200km into the stage, south of Laverton in the WA
goldfields.

The vehicle got back on four wheels with help from car 177 competitors
Adrian Dilallo and Rob Masi, and after trying to get the car started, were
forced to have the car towed into the end of the stage with assistance
from competitors Murray Young and Paul McBean in car 127.

Wednesday was a Marathon Day, meaning that no vehicle servicing was
allowed by support crew. Any repairs to vehicles had to be done by the
competitors themselves with the tools they carried. Despite Lowndes and
Panozzo both having solid mechanical knowledge they were not able to get
the car back on track.

Organisers will imply a penalty to Lowndes for not completing the stages.
Penalties are allocated if competitors receive assistance from support
crew and if stages are not completed.

Lowndes was still positive about their chances for the Friday finish. It’s
certainly not over yet, our team will get the car back on the road
tomorrow. It was a soft sandy turn so we weren’t hurt,” he said. “We were
going around a left hand corner in second gear, just clipped a tree and
ricocheted off it and the left hand rear rim dug in and the car just slid
onto its side. It’s disappointing we damaged the car but we’ll see where
we are situated tomorrow after the time penalty has been awarded.” 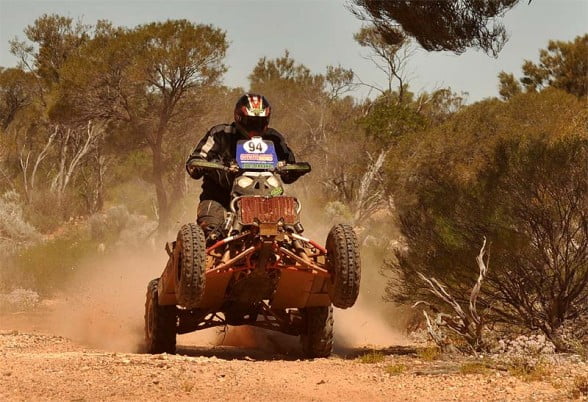 Stages 10 and 11 that made up Safari today demanded competitors’ full
attention. Trees had to be navigated throughout the track that started off
fast before tightening as it twisted and turned its way around a huge salt
lake. Caution was key to staying in the race.

Meanwhile Tuedays’s moto Leg winner and today’s first stage winner Shane
Diener had mechanical failure during the second stage today, Stage 11,
which will see him out of contention.

Italian´s Manuel Lucchese had a bad crash with his Husaberg Bike, he fill
in a washed out track during 152 km/h and rolled his bike. But he had
luck, the medicals reached him only some minutes with the helicopter, flew
him out to the next hospital. He had a broken nose and hard pain in the
shoulder, but wants to start again on Thursday. 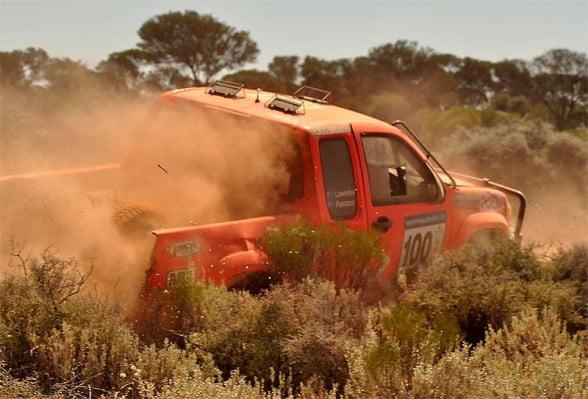 England’s Sam Sunderland won the second stage of the day, 30 seconds ahead
of race leader Todd Smith, despite coming off his bike after also falling
victim to a tree. “Today was tough and tiring riding through the trees. I
clipped my left arm on a tree and also had a small crash on Stage 11, but
got back on and kept riding,” Sunderland said.

Todd Smith now holds 12 minutes on nearest rival brother Jacob Smith with
Rod Faggotter in third fastest position and Frenchman Cyril Dupres moving
into fourth place in the motos. The first section today was tough. We had
constant turns and tight tracks most of the way. The second stage today
wasn’t too bad,” Todd Smith said.

“The tracks were treacherous today! I was going slow and steady to avoid
any mistakes I had a clean ride in and looked after the bike. There were
lots of twists and turns, which suited me. It looked like the motos were
were working hard. Overall, I’m happy with my day,” Maragozidis said. 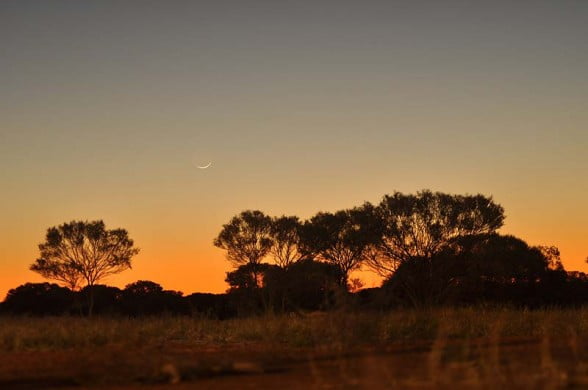