The SCORE Baja 400, which some could say was the second most important race of the year next to the Baja 1000, happened this past weekend down in Baja California. Why so important? How you finished this race determines where you start for the Baja 1000 in November. With so much on the line there was some controversy regarding the draw for the start of this race. 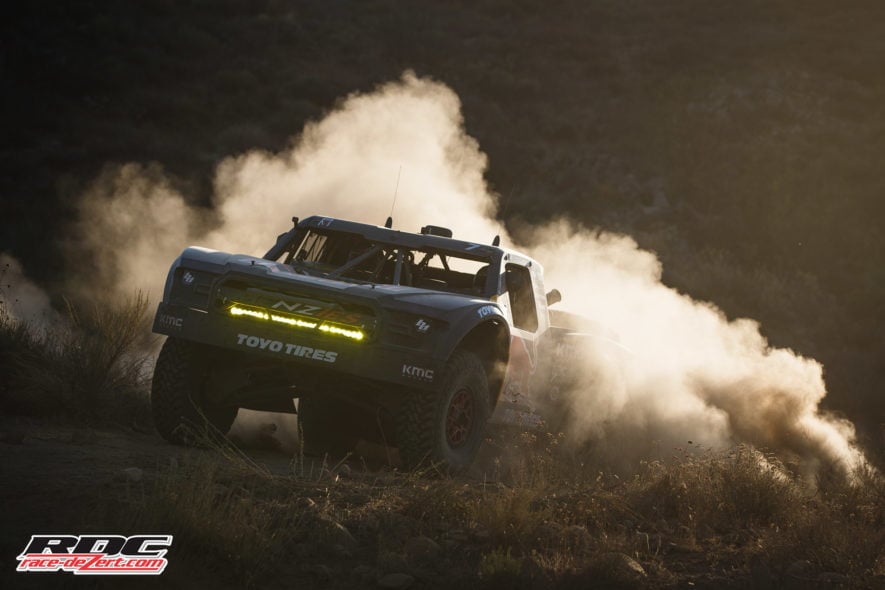 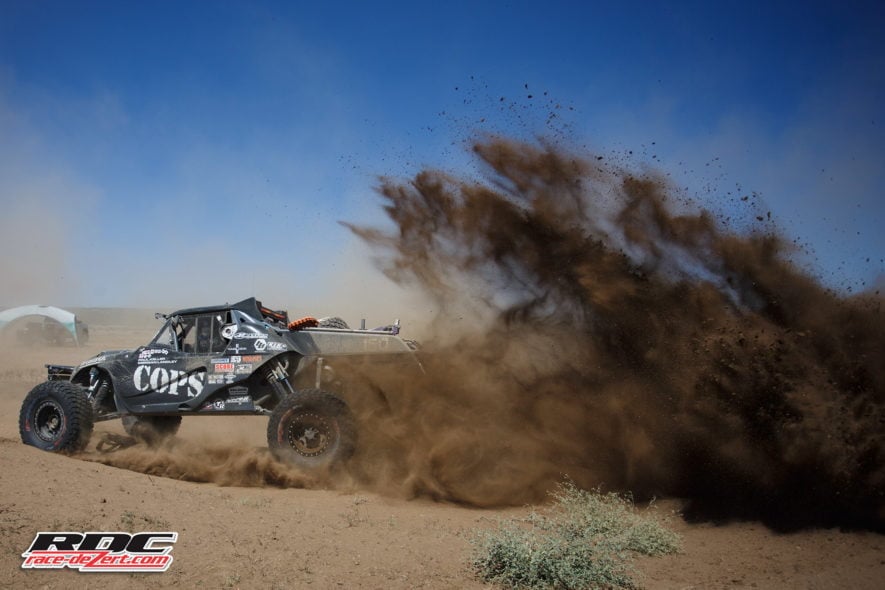 The past few years SCORE has held qualifying at SEMA in Las Vegas to determine starting positions for the Baja 1000, but this year SCORE changed things around having a random draw determine how you started the Baja 400 and how you finish the race is how you start the Baja 1000. Business wise this made a lot of since for SCORE since that means all the top teams would have to enter the Baja 400. In years past the September SCORE race had low entries, so doing this means the entires were higher. Compared to last year the TT/TTL and Class 1 classes had more then double the entries then last year. 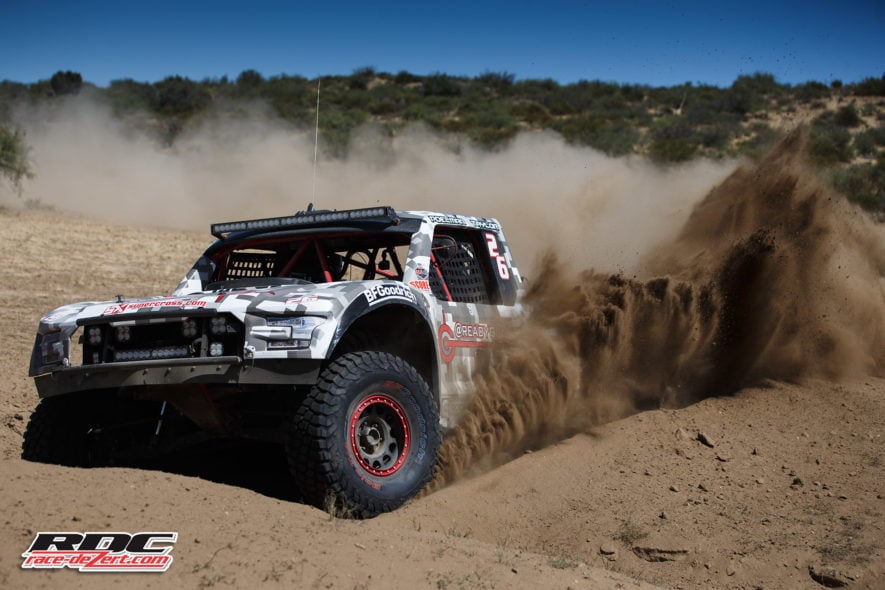 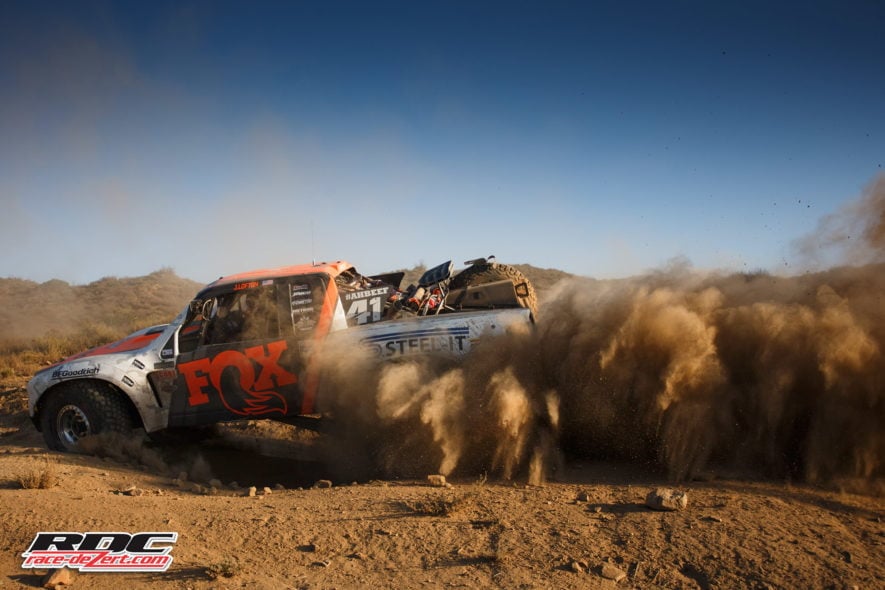 Frustration came from a lot of racers who disagreed with the random draw. With so much on the line many racers preferred to have qualifying determine your start position for the Baja 400. Whats the best solution? There aren’t any perfect answers but with the majority of other profesional motorsports using qualifying SCORE should go back to it as well. Is qualifying for a 1000 mile race on a short course the best way? Or even on a 5 mile loop? How KOH did it this year for the TT Invitational was a good start, qualifying on a much larger loop the morning of the race. Again there are no perfect solutions. 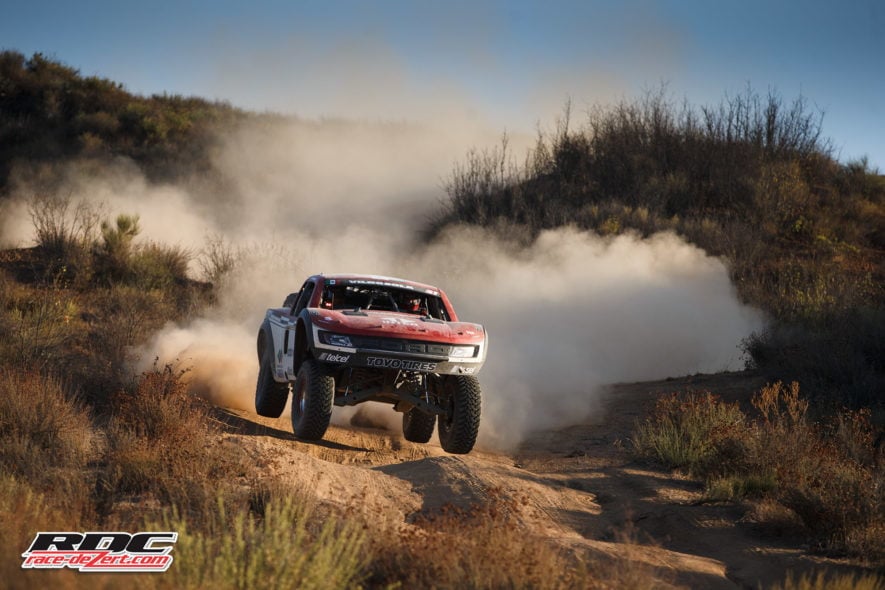 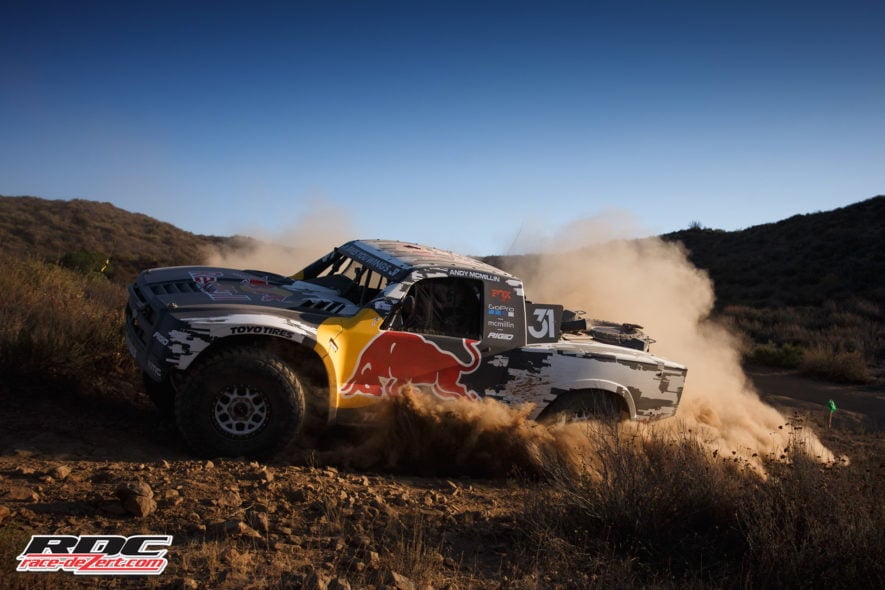 After all that was said and done Ryan Arciero finished in first place overall winning with a time of 8 Hours, 26 Minutes, and 31 Seconds. With the win he will be first off the line for the Baja 1000 just less then two months away. Coming in second on corrected time was Andy McMillin about a minute and a half behind Arciero and rounding out the podium was Tavo Vildosola. 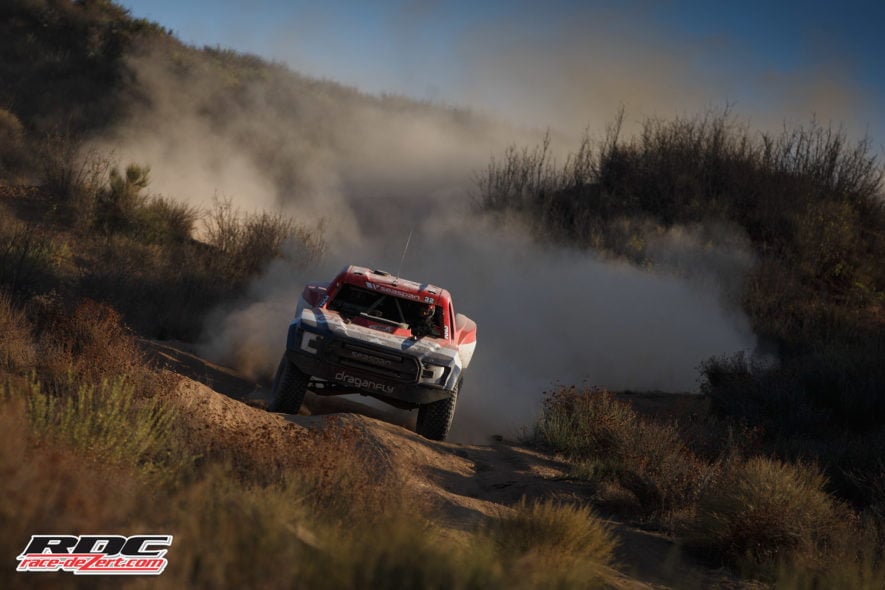 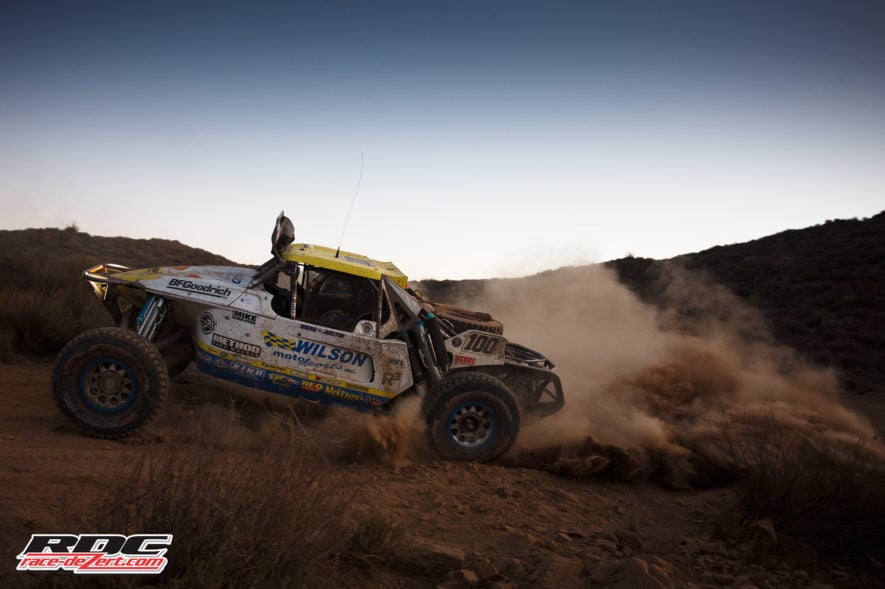 Tim Herbst in the #19 caught on fire early in the race and mile 5 ending their race. Both Herbst and co-driver got out safe and was able to put out the fire with help from other teams tossing them their fire extinguishers.

The #23 wasn’t as lucky as unfortunately it caught fire near race mile 300 and Justin “Bean” Smith and co-driver Brady Thompson weren’t able to get the fire out causing the truck to burn to the ground.

Brett Sourapas had a rear brake failure and rolled off the side of a cliff while leading physically.

BJ Baldwin was physically leading the second half of the race but many racers had him on corrected time. BJ ended up in 7th.

Andy McMillin was not happy during his interview at the finish saying that a “hobbyist” (Larry Connor) racing in front of him held him up causing him to lose the race to Arciero on corrected time.

Many drivers weren’t happy with the random draw for this race and think there should have been qualifying. * SCORE just announced that there will be qualifying next year for San Felipe and the Baja 400.

Robby Gordon finished 4th unofficially on race day but a 15 minute passing penalty dropped him to 14th.  Gordon passed another TT as soon as they hit the dirt but hadn’t yet cleared the speed zone.

204 Sara Price got first by 3 seconds unofficially however after a speed penalty she dropped to second and 298 Jorge Sampietro got first by 4 minutes.

class 1 looked to have a close battle most of the race and 127 Cody Parkhouse ended up with the win. 100 Brad Wilson came in seconds three minutes behind Parkhouse.

Rodrigo Ampudia finished third overall UTV in his Pro Stock UTV which was built in just three days finishing it the day of contingency.

The race was paused for 10 minutes after a local police officer stood in front of the start line in protest of the local government.