THE MARATHONERS OF THE ALTAÏ MOUNTAINS

The first part of the marathon stage, in the heart of the mountains, saw a change in the overall lead in the bike category with Ross BRANCH (MONSTER ENERGY YAMAHA RALLY OFFICIAL) forced to retire and the stage winner Austrian Matthias WALKNER (RED BULL KTM FACTORY RACING) taking his place.

The day after the announcement of the modification to the route of the SILK WAY RALLY 2021, some car crews chose not to start the stage. In the T1 class Denis KROTOV and Konstantin ZHILTSOV (MINI JCW RALLY) set the best time of the day, after a fierce fight with the CENTURY buggy of Guerlain CHICHERIT and the other Russian MINI of Vladimir VASILYEV, third on the day and still leader overall.

As for the T3 and T4 categories, Jean-Luc PISSON CECCALDI and Jean BRUCY (ZEPHYR PH SPORT) won the stage in T3, dethroning the Russian Pavel LEBEDEV, while Matthieu MARGAILLAN and Axelle ROUX (CAN-AM) achieved the feat of the day in the SSVs (T4) by signing the 5th fastest time in the cars! 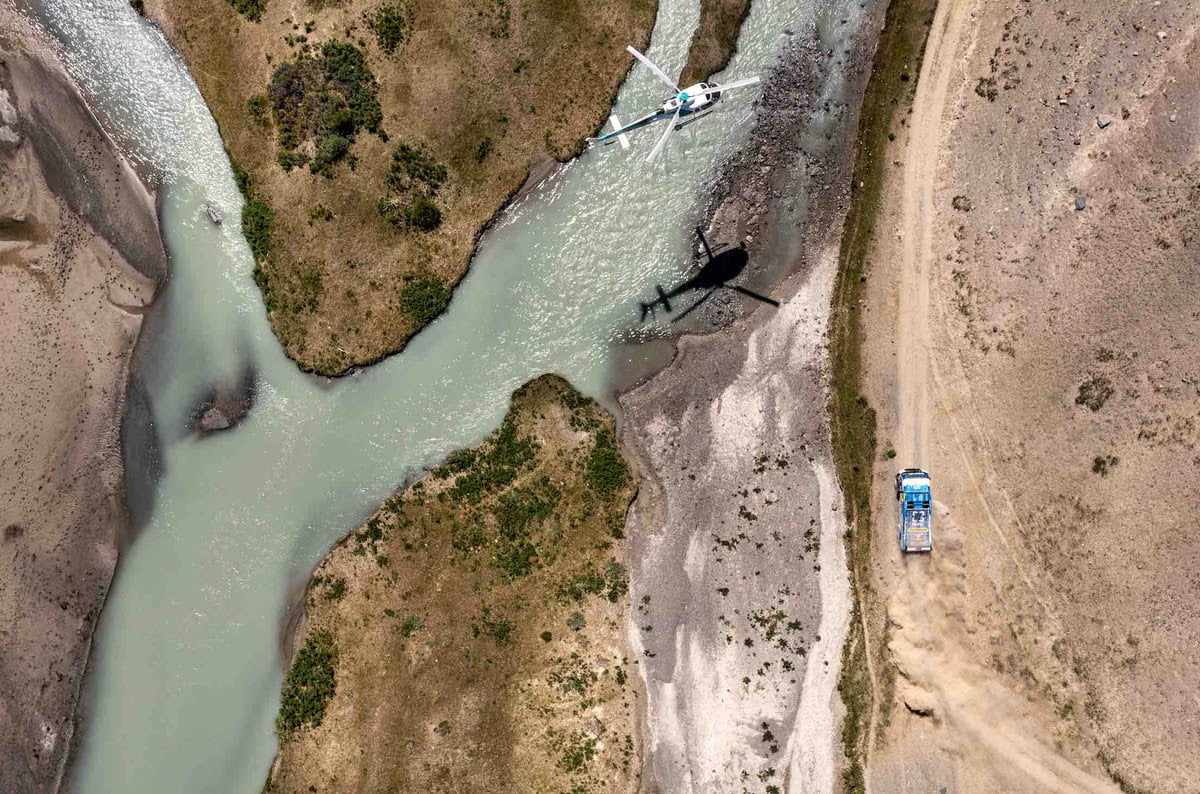 At km 45 on today’s special last night’s overall leader Ross BRANCH (MONSTER ENERGY YAMAHA RALLY OFFICIAL) suffered mechanical failure and was forced to retire. A little further on at km 76 his teammate Andrew SHORT also ran into trouble and lost almost 40 minutes after drowning his engine in a deep water crossing. The same fate also befell the Portuguese rider Joaquim RODRIGUES (HERO MOTORSPORTS) who finally finished more than 53 minutes behind today’s winner Matthias WALKNER (RED BULL KTM FACTORY RACING). Staying out of trouble despite the tricky navigation, the experienced Austrian rider not only won the stage but also leap frogged Franco CAIMI (HERO MOTORSPORTS) to take the overall lead just 2:23 ahead of the Argentinian. Finishing second today, ROCKSTAR ENERGY HUSQVARNA’s new recruit, the American Skyler HOWES moves up to third overall at the end of this first part of the marathon stage.

CARS : CHICHERIT CAUGHT BY THE MINIS

Always well placed, but not yet winners, Guerlain CHICHERIT and Alex WINOCQ (CENTURY CR6 SRT) hesitated to take risks during this first part of the marathon stage. The Frenchmen were in the lead for the first few kilometres, but lost time looking for a waypoint, before being delayed by a truck and then by the dust of… the MINI of VASILYEV. Attempting to overtake, the former skier hit a rock, damaging the car’s steering. Caught in a pincer movement by the Russian MINIs, the French crew, particularly frustrated at the finish, had to leave the victory to Denis KROTOV and Konstantin ZHILTSOV (MINI JCW RALLY), while Vladimir VASILYEV (MINI COOPER COUNTRYMAN) kept the lead overall. Fourth of the stage, Jérôme PÉLICHET and Pascale LARROQUE (OPTIMUS RAID LYNX) maintain their chances of final podium place on this SILK WAY RALLY.

They came close yesterday but today Jean-Luc PISSON CECCALDI and Jean BRUCY (ZEPHYR PH SPORT) pulled off the double! Not only did they win the stage, they also took the overall lead in the T3 category, just 37 seconds ahead of the Russians Pavel LEBEDEV and Kirill SHUBIN (BRP CAN-AM). Yesterday’s winners, Anastasia NIFONTOVA and Ekaterina ZHADANOVA (BRP CAN-AM) lost almost half an hour due to a puncture.

At the start of this SILK WAY RALLY, Matthieu MARGAILLAN and Axelle ROUX (CAN-AM) had no idea that they would win a stage in such a crowded SSV field. And even if the leader of the race, the Russian Sergei KARIAKIN (BRP Can-AM), approached the Altai Mountains with caution, avoiding taking risks on the first part of the marathon stage, the French duo undoubtedly achieved the feat of the day by signing the 5th fastest time in the car category.

On this mountainous route, the trucks drove carefully to stay out of trouble. The perfect stage for Andrey KARGINOV, Andrey MOKEEV and Ivan MALKOV (KAMAZ- MASTER), who have been unlucky since the start in Omsk. The former winner of the event used all his experience to post a first stage victory ahead of his teammate Eduard NIKOLAEV, and to offer the KAMAZ-MASTER team their first double of this rally. Dmitry SOTNIKOV (KAMAZ-MASTER) kept his new K5 in the overall lead. Classiest act of the day came from Dutchman Mitchel VAN DEN BRINK. By pulling out Bogdan KARIMOV, the latest recruit of the KAMAZ-MASTER team, and Pascal DE BAAR, both stuck in a river crossing, the youngest driver of this SILK WAY RALLY 2021, perpetuated the spirit of solidarity that has always reigned in the heavyweight category.

The second part of the marathon section, this redesigned 4th stage will follow the same selective sector as today. The competitors will start on a vast mountainous plateau before gaining altitude. This results in a radical change, with the first third of the stage being run on gravel. Beware of punctures with tyres already damaged by today’s stage without assistance. This is followed by more rolling tracks over the mountainous plateaux with river crossings that were already problematic for some the first time round. After a liaison of more than 400 kilometres, the competitors find their assistants at the bivouac in Gorno-Altaisk.