SANDERS, CHICHERIT AND SOTNIKOV, KINGS OF THE MOUNTAIN

With the snow-covered peaks of the Altai Mountains as a backdrop, this 4th and penultimate stage also marked the end of the marathon stage for all categories on the SILK WAY RALLY 2021. The day’s special stage, which was lengthened by around 30 kilometres, was mostly on the same mountainous tracks as the day before and so reduced the navigation element considerably.

On two wheels, today’s special, surprisingly not that cut up by the trucks, allowed the Australian Daniel SANDERS (GASGAS FACTORY RACING) to take his second stage victory, while Austrian Matthias Walkner (RED BULL KTM FACTORY RACING) retains the overall lead of almost 5 minutes, on the eve of the finish.

In the cars this penultimate stage was marked by problems for the leader, the Russian Vladimir VASILYEV (MINI COOPER COUNTRYMAN), unable to reach the finish following a multitude of punctures, and by the performance of the Frenchmen Guerlain CHICHERIT and Alex WINOCQ (CENTURY CR6 SRT), who won the stage to take the overall lead.

The French national anthem could also be playing tomorrow for Jean-Luc PISSON CECCALDI and Jean BRUCY (ZEPHYR PH SPORT), who maintained their leadership position in the T3 Lightweight Prototype category. Victory is also in sight for the Russians Sergey KARIAKIN and Anton VLASIUK (BRP CAN-AM), authors of a third stage victory and comfortably in the lead overall in the T4 category reserved for production SSVs.

A third stage victory also for Dmitry SOTNIKOV, Ruslan AKHMADEEV and Ilgiz AKHMEZIANOV (KAMAZ-MASTER), in the truck category here in GORNO-ALTAÏSK, where tomorrow they will very probably drive their brand new Kamaz K5 onto the highest step of the final podium of this SILK WAY RALLY. 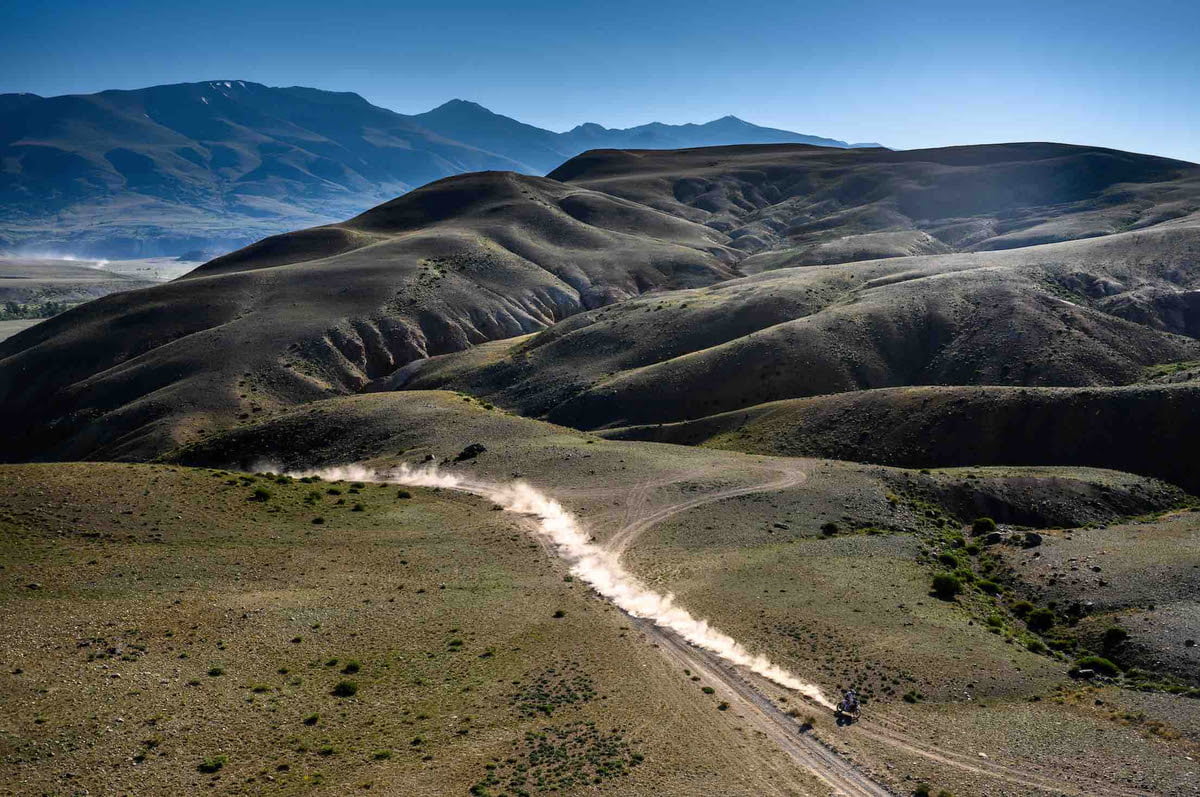 Initially victory on today’s stage was attributed to the Matthias WALKNER (RED BULL KTM FACTORY RACING) before a problem with a waypoint towards the end of the stage meant the special was stopped at km 133. Happily for new boy Daniels SANDERS (GAS GAS FACTORY RACING) he was in the lead at that point and therefore continues his impressive rally debut by taking his second win of the race. Second on the day is another notable recent arrival, the American Skyler HOWES (ROCK STAR ENERGY HUSQVARNA) with Walkner relegated to third place. Overall however the experienced Austrian rider maintains his lead going into the last day with the second placed man now Howes at 4:47 with Franco CAIMI (HERO MOTORSPORTS) third at 5:36. Logically with just 133 kilometres to ride tomorrow and the riders having already ridden the route on the second day of the rally, the current podium should remain unchanged. But as every student of rally raid already knows, in this sport it is never over until the final finish line has been crossed.

CARS: VASILYEV RUNS INTO TROUBLE, CHICHERIT KING OF THE MOUNTAINS

Born in the mountains, Guerlain CHICHERIT felt right at home today! Despite a puncture at the very beginning of the stage, the French driver literally flew over the 4th stage. Taking full advantage of the power to weight ratio and suspension travel of his CENTURY CR6 buggy, entered by the SERRADORI RACING TEAM, the driver from the French Alps slalomed over the tracks of the Altai Massif. A first victory after a six year absence for the French driver, who will be counting down each one of the 132,74 kilometres on tomorrow’s final stage. Second on the day, Denis KROTOV (MINI JCW RALLY) is nearly 4 minutes behind in the overall standings, while Frenchmen Jérôme PÉLICHET and Pascal LARROQUE (OPTIMUS RAID LYNX) are preparing to celebrate a second final podium in as many editions!

Jean-Luc PISSON CECCALDI and Jean BRUCY (ZEPHYR PH SPORT), were all smiles at the finish of this 4th special stage of the SILK WAY RALLY despite getting comprehensively soaked in the deep river crossings. And for good reason: the Corsican driver and his French co-driver are well on course for a final victory in the T3 category. Ahead of the CAN-AM armada of the Russians SILNOV and LEBEDEV and the Spaniard PENA CAMPO, the ZEPHYR pilot intends to manage his ten-minute lead in the general classification as well as possible to win his first FIA World Cup round and why not top his SILK WAY RALLY 2021 off with a top 5 finish overall in the car category.

Although they might have momentarily feared yesterday’s attack from Matthieu MARGAILLAN and Axelle ROUX, the double puncture suffered by the French duo’s CAN-AM today quickly reassured Sergey KARIAKIN and Anton VLASIUK (BRP CAN-AM MAVERICK). The Russians were unstoppable on this special stage and barring any last-minute incidents, seem to be assured of the final victory in the SSV category (T4).

Since the start in Omsk last Friday, the brand new KAMAZ MASTER K5 of Dmitry SOTNIKOV, Ruslan AKHMADEEV and Ilgiz AKHMEZIANOV has been setting the pace in the truck category. And if their team-mate KARGINOV, yesterday’s winner, had hoped to beat them again today, a river crossing put paid to those ambitions. With a lead of nearly six minutes over Belarusian VIAZOVICH (MAZ) in the overall standings, it will be a question of finding the right balance between speed and caution tomorrow on the final stage of the SILK WAY RALLY.

This last special stage will revisit the route of the second special stage of the rally. For the first 50 kilometres, the route will be fast on winding tracks. It will then go into the forest with mud and water before becoming faster again on sandy ground. The last few kilometres of this selective sector are bumpy on gravel.

After the finish of the special stage, the competitors will have 181 kilometres of liaison to return to the bivouac of GORNO-ALTAISK for the final podium and the prize-giving ceremony of this SILK WAY RALLY 2021.