By now, all of the drivers have had a chance to take full advantage of “Rest Day” and catch up on some much needed rest for the second half of the 2014 Dakar Rally.  Along side getting to catch up on some rest, teams and crew have been able to take their mind off of a day of racing and really concentrate on the race vehicle and overall strategy of the rally.  American Robby Gordon not only spent his “Rest Day” relaxing and strategizing for the remainder of the rally, but he and his crew spent the majority of the time trying to figure out a solution to the cooling issue that has been the achilles heel of the HST Gordini.  Gordon and crew removed the cooling system from the rear of the car and repositioned it at the front of the car (same as 2013 Speed Energy Hummer).  As for the Monster Energy Xraid Mini’s, just a usual prep would do for rest day.  The Xraid Mini’s haven’t had anything catastrophic happen to any of their cars and mechanical failure has been a minimum; a true testament to the Xraid preparation. 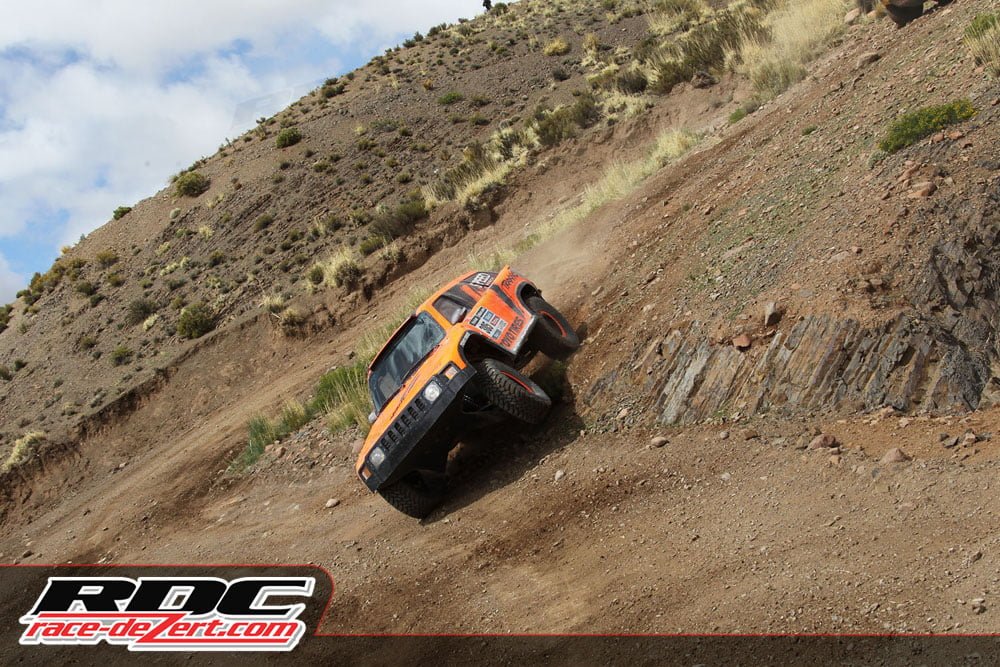 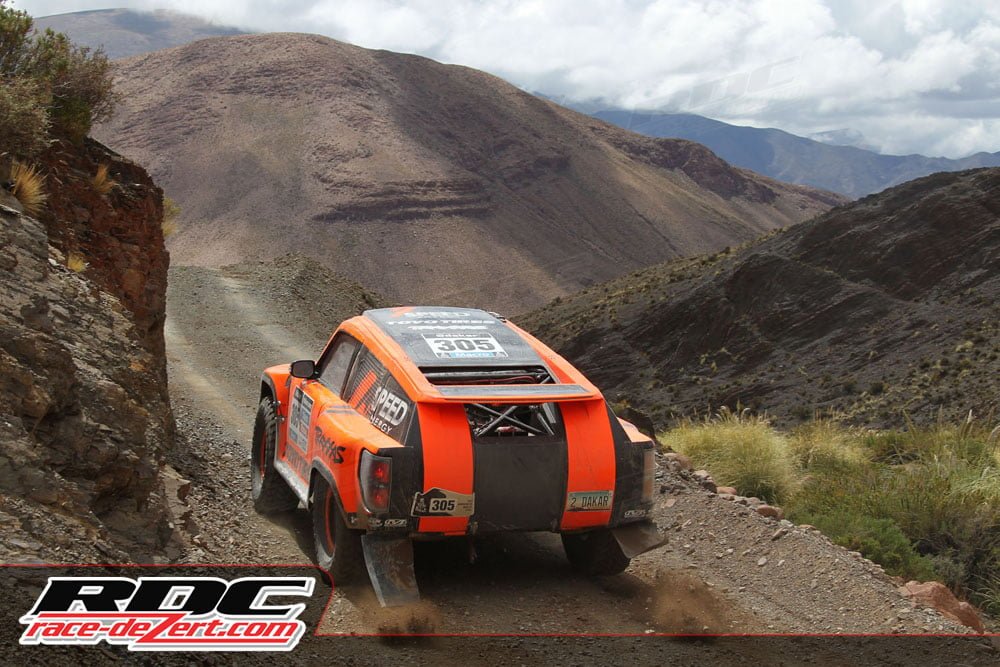 In Stage 7 cars and trucks took a different route than the bikes and quads.  Stage 7 and 8 are marathon stages for the bikes and quads only, so today would be particularly important to conserve equipment.  Cars and trucks would experience very rocky technical roads at the first part of the stage and later progress into very high speed rally roads and finish off with 20km though a dry salt lake.  With a 533km special, today’s “mega loop” would prove to be quite the test.

After reconfiguring the HST Gordini, Gordon looked to make a strong run in Stage 7.  Unfortunately just around 281km into the special Gordon was stopped for more than 20 minutes with an unknown issue, but one can only be lead to believe it may be due in part to some of the changes made on rest day.

6 Monster Energy Xraid Mini’s would finish within the top 7 positions, something that can only be described as total domination.  Nani Roma looked to increase his overall lead on “Mr Dakar” Stephane Peterhansel in Stage 7 but unfortunately for Roma today it would be El Matador Carlos Sainz who would be hunting down the Mini’s. Nani Roma would finish Stage 7 in the 4th place position just behind Sephane Peterhansel picking up a couple additional minutes along the way to the finish.  Sainz led the entire special today leaving Qatar native Nasser Al-Attiyah to settle for a 2nd place finish. 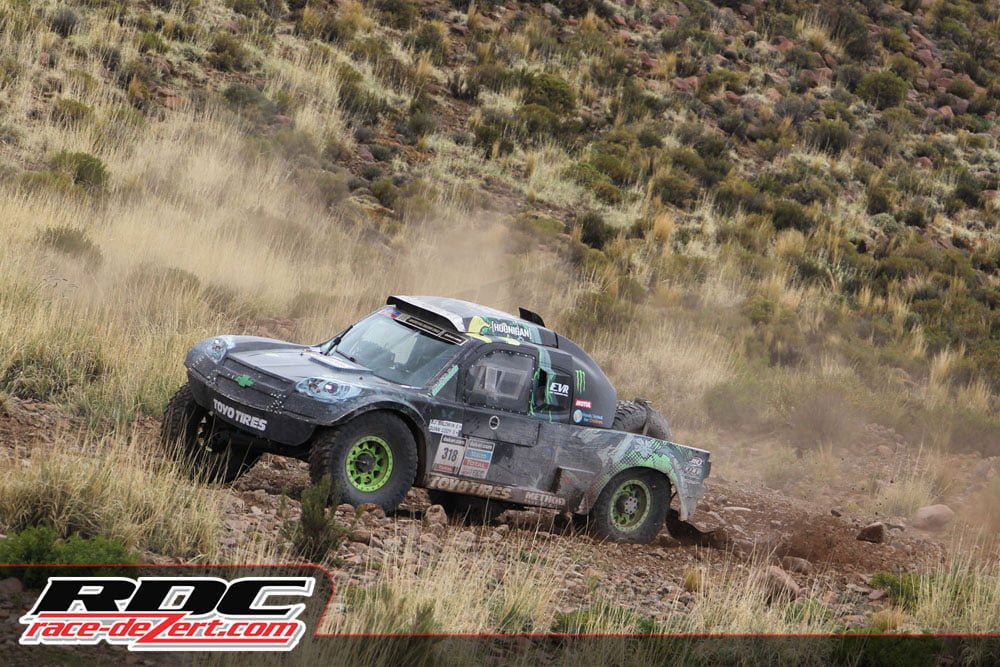 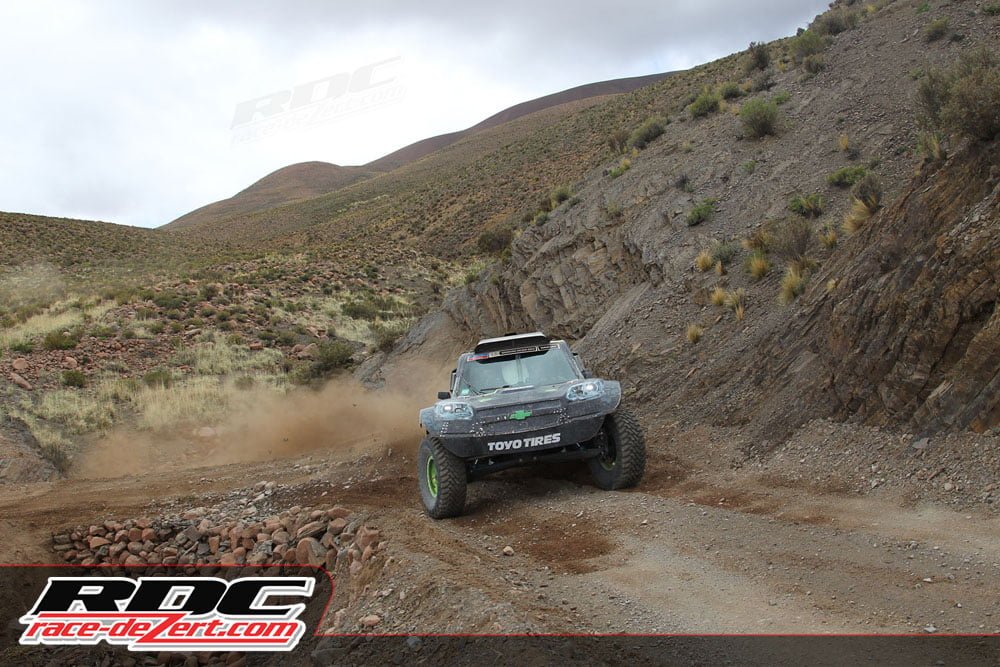 Although out of the title hunt, American drivers “Ballistic” BJ Baldwin finished the stage in the 31st position and was able to put together a strong run despite being held up for miles by a fellow mid pack racer.

The Jimco powered effort of Matt Campbell is still in the race although with hefty penalty of 13+ hours for missing waypoints or not completely finishing previous stages within the allowed timeframe. They finished almost 1h ahead of Robby Gordon today so that might count as some level of victory to beat a multiple time Baja winner.

With Roma’s solid finish in today’s stage, he currently sits 31 minutes over Stephane Peterhansel in the overall lead, but it isn’t over yet, it’s just getting started.

As mentioned prior, bikes and quads took an alternate route than the cars and trucks for Stage 7 and the courses couldn’t be further different from each other if you had tried.  Bikes and quads were set on a route of tight twisty trees and single-track trails high up in the mountains and forced to conserve their equipment for tomorrow’s continuation of the marathon stage.

It was almost uneventful for the leaders in the bike category in Stage 7, hard charger Joan Barreda Bort has absolutely shocked and awed the rally world on his HRC Honda.  The usual suspects Marc Coma and Cyril Despres were the big favorites going into the 2014 Dakar Rally and very few had their radar on Bort, let alone the possibility of a Honda taking the over all win.  After Stage 7 Marc Coma was able to retain his over all lead over the Spaniard Joan Barreda Bort after his Stage 7 victory, although Coma would lose an additional 4 minutes in overall time along the way.  This race is far from over and although 38 minutes is a lot to try and make up, anything can happen.  2013 Champion Cyril Despres would find the podium in Stage 7 but it wasn’t until losing an additional time on the overall lead.  For Despres, the chances of a Dakar victory in 2014 are bleak; Despres sits in the 10th place position overall and nearly 2 and a half hours behind former teammate Marc Coma. 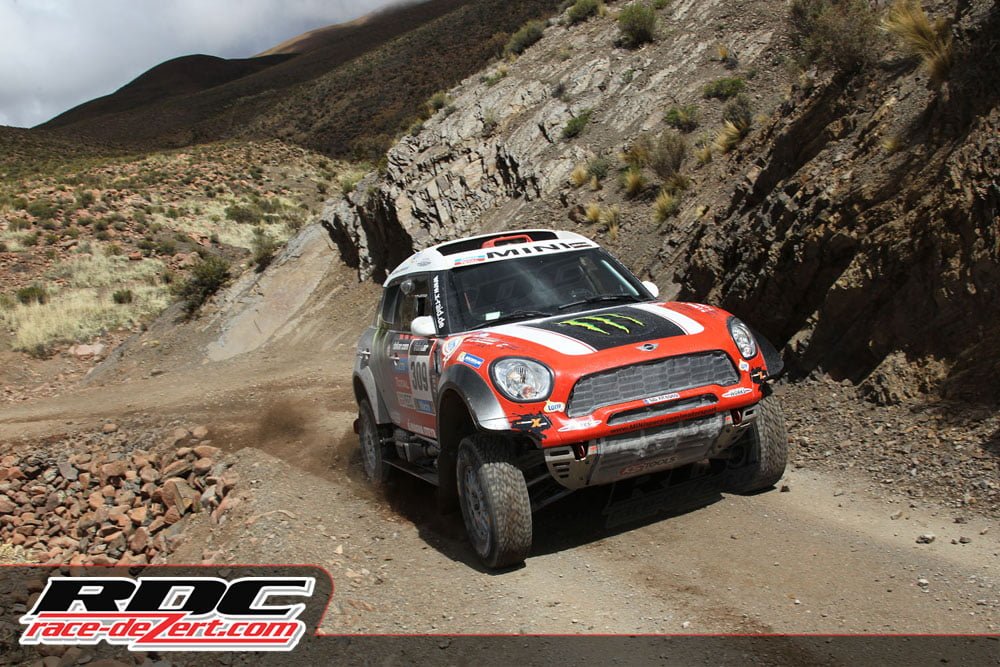 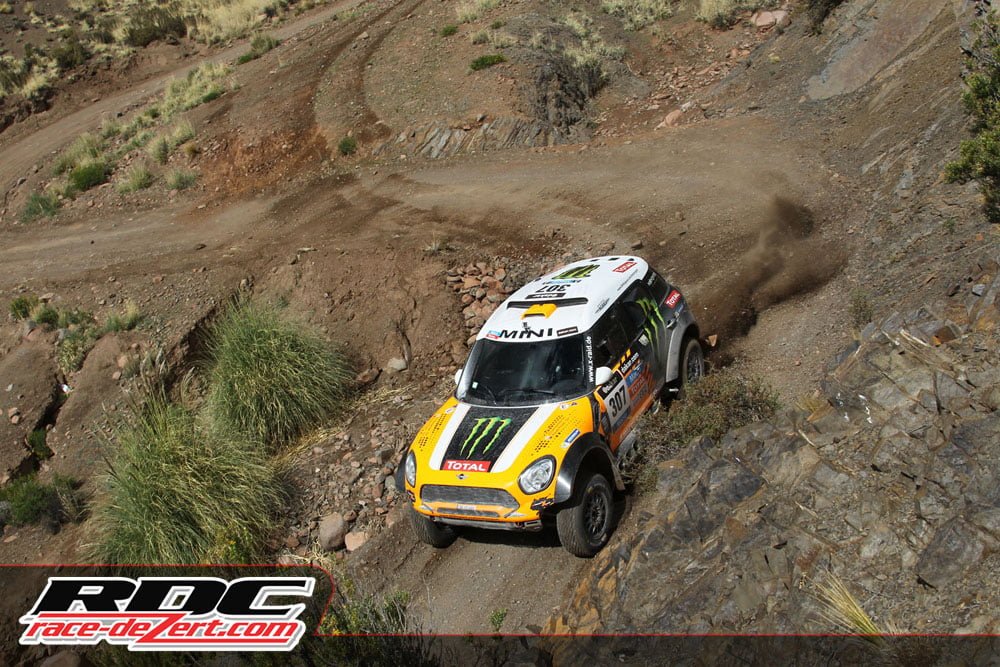 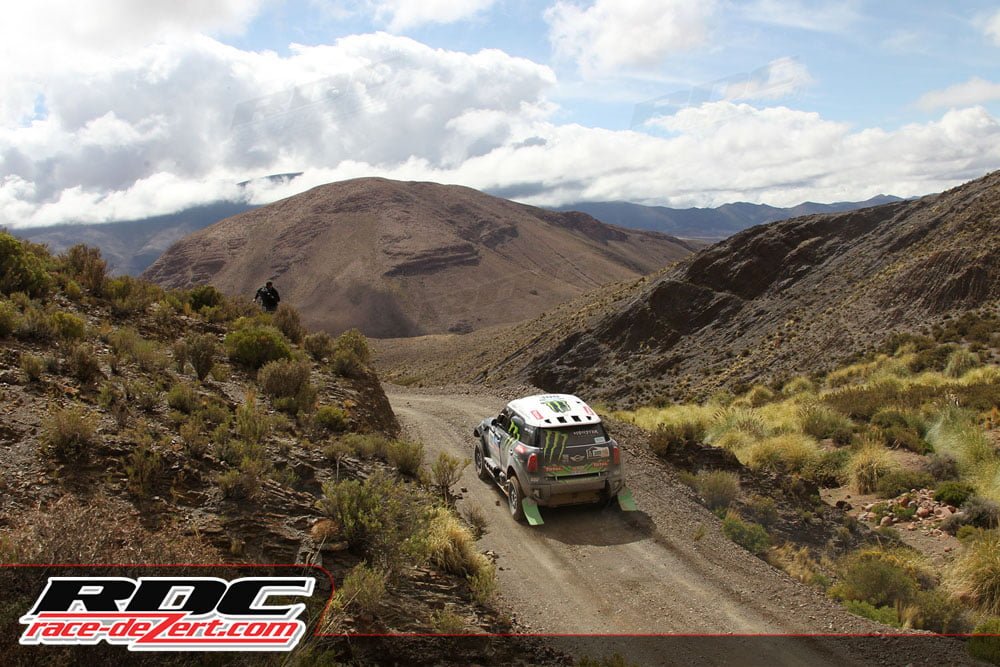 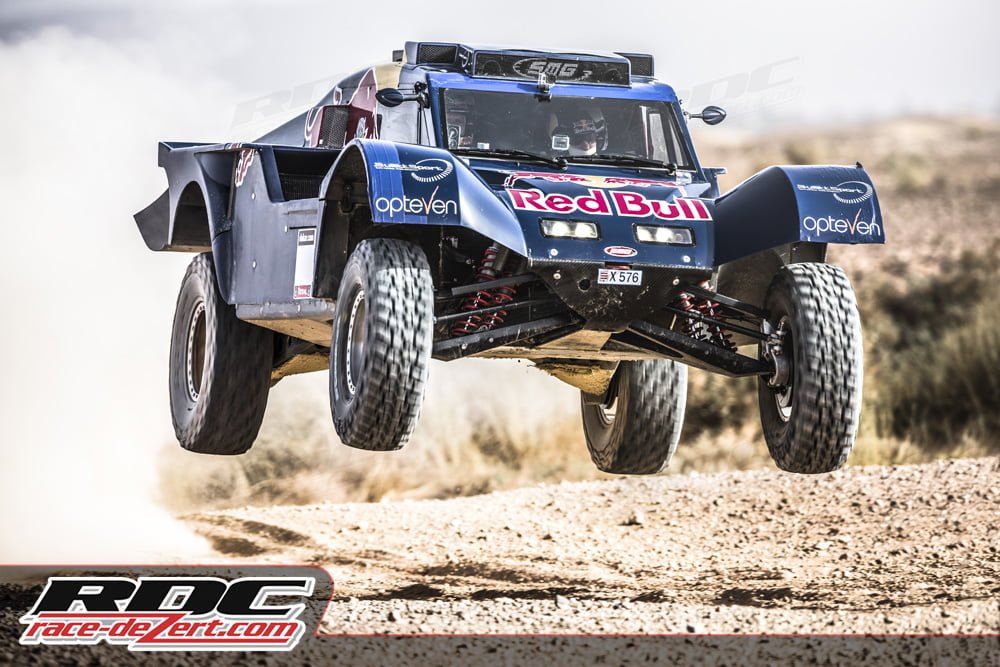 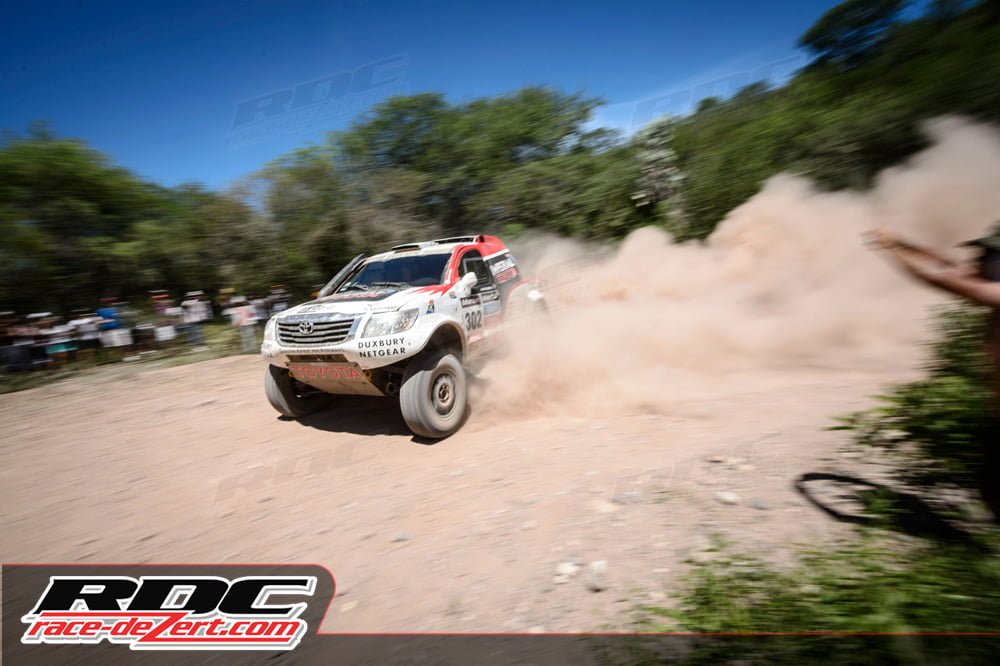 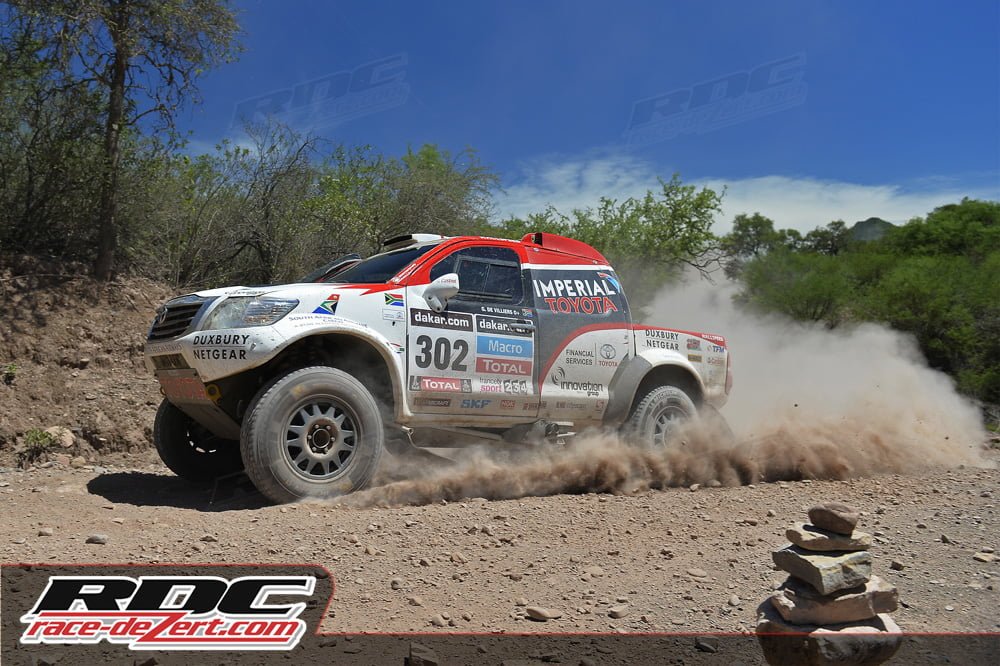