Menu
Log in
Register
Subaru driver Patrik Sandell closed out the 2017 Red Bull Global Rallycross (GRC) season on a high in Los Angeles by netting his second podium in a row and third podium of the season.  Sandell, at the wheel of his 600hp #18 Subaru WRX STI Supercar, showed impressive pace at the burgeoning race series’ marquee event, held at the Port of Los Angeles, and earned a  3rd place finish in the hotly contested Final.  The strong result further bolstered Subaru Rally Team USA’s confidence after a robust development period over the past twelve months.  Subaru team drivers Patrik Sandell and Chris Atkinson have together earned four podiums in the last five rounds and five podiums this season. 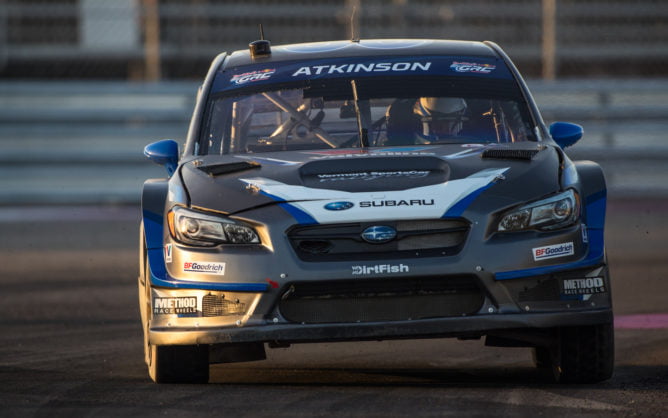 Sandell began Saturday’s racing action with solid results, including a heat victory and a second place finish in the Semi-final. Sandell then started strong in the Final, moving up to second position where he stayed for a majority of the race, keeping close to the leader.  On the final two laps Sandell’s pace slowed slightly as he struggled with worn tires, but he held onto a strong third position overall.

“In the Final I had a great start and good clean laps but at the end my tires were starting to go away a bit and after that I just tried to bring it home clean,” explained Sandell.  “Overall a good weekend and we have ended the season on a high note with great momentum.  Thank you to Subaru and the crew at Vermont SportsCar for all the effort this year, it’s a pleasure to work with this team and the support from our fans is tremendous. We are really looking forward to next year.”

Sandell’s teammate Chris Atkinson had a challenging weekend after his #55 Subaru WRX STI Supercar was struck hard in the rear on an opening lap incident with another car during the first Heat race.  In the Final, Atkinson started from the rear of the grid and made his way up to 6th position before a tire puncture forced him to retire, he was classified in 9th Overall at the finish.

“Subaru is very proud of Patrik, Chris and the entire team at Vermont SportsCar for consistently putting us on the podium this year,” stated Subaru motorsports manager Rob Weir. “With high confidence in our future rallycross development strategy, our goal will be the manufacturer’s title in 2018.” 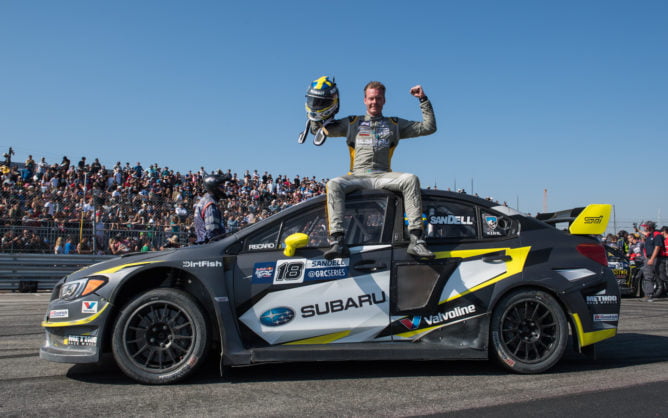