At the age of just eight years old, Sara Price started racing motocross and continued to do so throughout the years as a teenager. She would later achieve the title of the most winningest woman as an Amateur Motocross Champion with 17 amateur national championships. By the age of 16, she became rookie of the year and became the first female factory-supported athlete under Monster Energy and Kawasaki. Price would go on to win a medal at X Games and many other accomplishments in motocross. But at the height of her success, X Games halted women’s motocross, which meant a future in a motocross career was looking bleak. Sara was frustrated and unsure of what to do next. This became the beginning of what would be the start of her journey from two wheels to four. Little did she know she would find herself years later winning the Baja SCORE Championship in a Trophy Truck Spec.

This is Price’s journey from two wheels to four wheels. In 2012 Price purchased her first Polaris RZR and would try her hand at racing at the Lake Elsinore Grand Prix. This was her first UTV race and she took the win. She would race other series such as the WORCS series, Lucas Oil Regional Series, and finish the Terracross Championship undefeated to take the Women’s Championship that same year. Price teamed up with Kawasaki again to race with her co-driver Erica Sacks becoming the first-ever American UTV team to compete at the Rallye Aicha des Gazelles, in Africa. 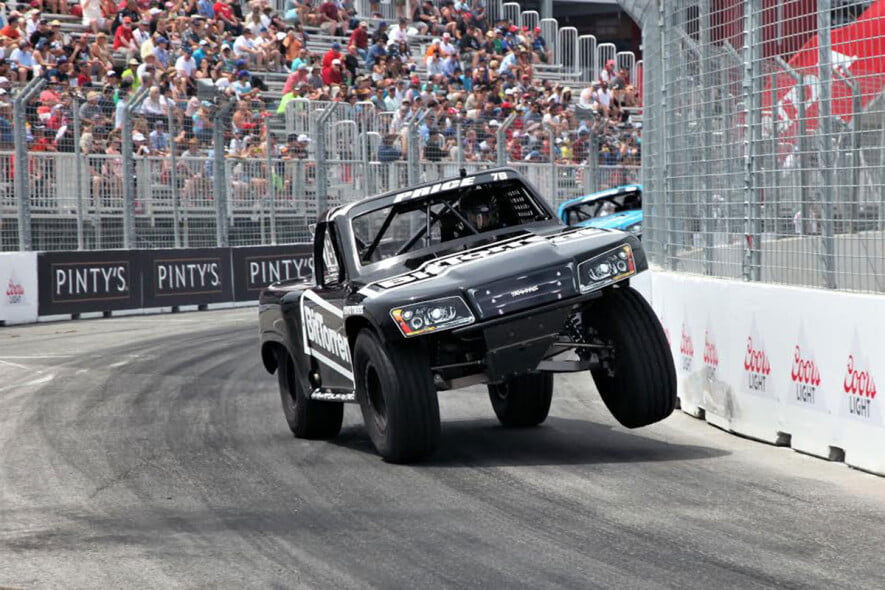 With much success in racing UTV’s it started gaining the attention of Robby Gordon, founder of Stadium Super Trucks. Robby offered Price an opportunity to race Stadium Super Trucks. However, she had no sponsorships to fund the racing and had been solely racing on her own dime up until that point. With the opportunity at hand, she would not let it go to waste and Price willingly spent her entire savings just for the chance to race. It was a daring move most people would have thought was a waste of money with no guarantee that it will lead to anything down the road. She became the first woman ever to lead laps in the Stadium Super Truck series at one of her first races. The bet paid off, she was picked up by a team to race the entire 2016 season and ended up doing well.

In 2017, Price received a phone call from Clyde Stacey from RPM Offroad and he wanted her to race their Spec Trophy Truck. She more than willingly took on the new opportunity that would be immensely different from anything she had ever driven. Having had experience only in UTV’s and SST, it was a whole new world for her and would need to learn to adapt fast. Proving she had what it takes, Price would place second at the Laughlin Desert Classic. Price spent the first year with RPM Racing in the United States getting a feel for the truck racing Best in the Desert. But by the 2018 season, it was time to go to Baja and prove her worth there. Price’s rookie Season in SCORE International and Championship Contender in Trophy Truck Spec Class was cut short at the Baja 1000 when a mechanical failure took her out of the race 500 miles from the finish line.

When the 2019 season approached, Price was willing to do whatever it took to take home the Baja Championship, placing second in every race. When it was time to race the Baja 1000, Price not only wanted to win it, she wanted to become the first-ever woman to solo the entire race and the whole series. This was no small task; many drivers switch off during the race, and very few people have had what it takes to race 1000 miles through the desert by day and night. Some referred to it as “championship suicide,” thinking she was risking her chances of winning the championship because all she had to do was finish in the top ten. Price knew this and wanted to make history and prove them wrong. She didn’t want another driver in the truck that she would have to worry about. If they were going to win or lose, she wanted to behind the wheel. Making history is what she did, going on to finish second place at the Baja 1000 that year, winning the SCORE International Championship, and becoming the first-ever woman to drive solo at the Baja 1000 in a Spec Trophy Truck. Price isn’t someone who can just do one thing; she is always looking for the next challenge, the next on her list was rally raid. Racing in Baja and racing King of Hammers is a challenge on their own, but rally racing is its own beast. There is no course, the race is 100% navigation based on road books they hand you before the start of each stage. Not being afraid of new challenges, Price was up for it, with the help of seasoned Dakar rally racer and navigator, Kellon Walch, Price would go on to finish second in the UTV class at the 2020 Yokohama Sonora Rally.

In March, Price had a chance to step into the seat of a full-blown Trophy Truck courtesy of Chattanooga Whiskey of which racing at the Mint 400. Having never raced a Trophy Truck, it was quite the experience. Come race day she would find herself battling it out with some of the best drivers in the world for 400 miles into the night. Unfortunately, Price suffered drivetrain issues and would finish 11th overall. 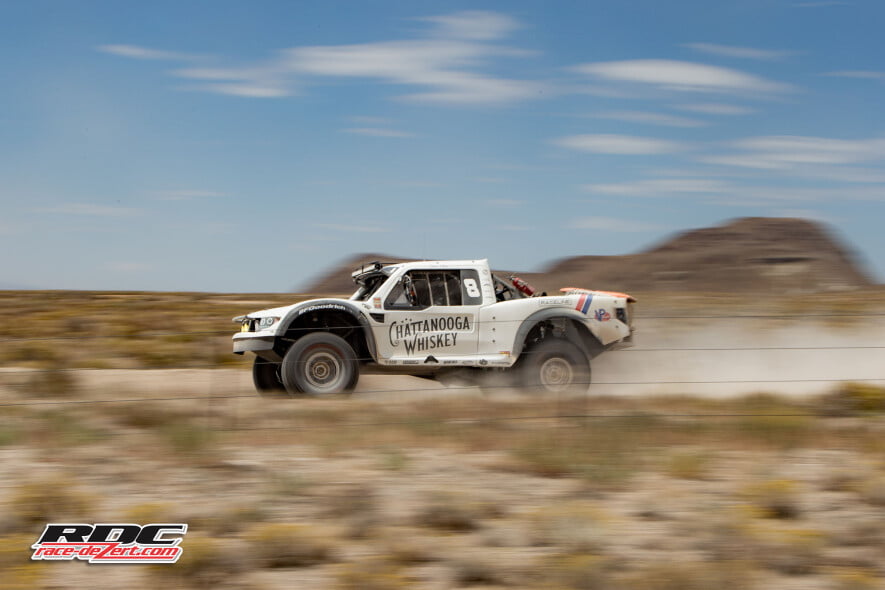 It wasn’t until Vegas to Reno she would have an opportunity to hop back in the Chattanooga Whiskey Trophy Truck with Terry Madden sitting in the co-drivers seat. They would set off to race what is known to be the longest off-road race in the United States: the Best in the Desert Casey Folks Vegas to Reno. This was an unexpectedly stacked field and one of the most unusual environments in off-road racing history during a wide-spread global pandemic due to Coronavirus known as COVID-19. There were over 34 trucks entered in the unlimited Trick Truck class (aka Trophy Trucks) and over 38 6100 spec trucks. Price and Madden would find themselves battling it out with some of the top drivers of which include Andy McMillin fighting for the fifth place through the duration of the race of over 515 miles through the Nevada desert. 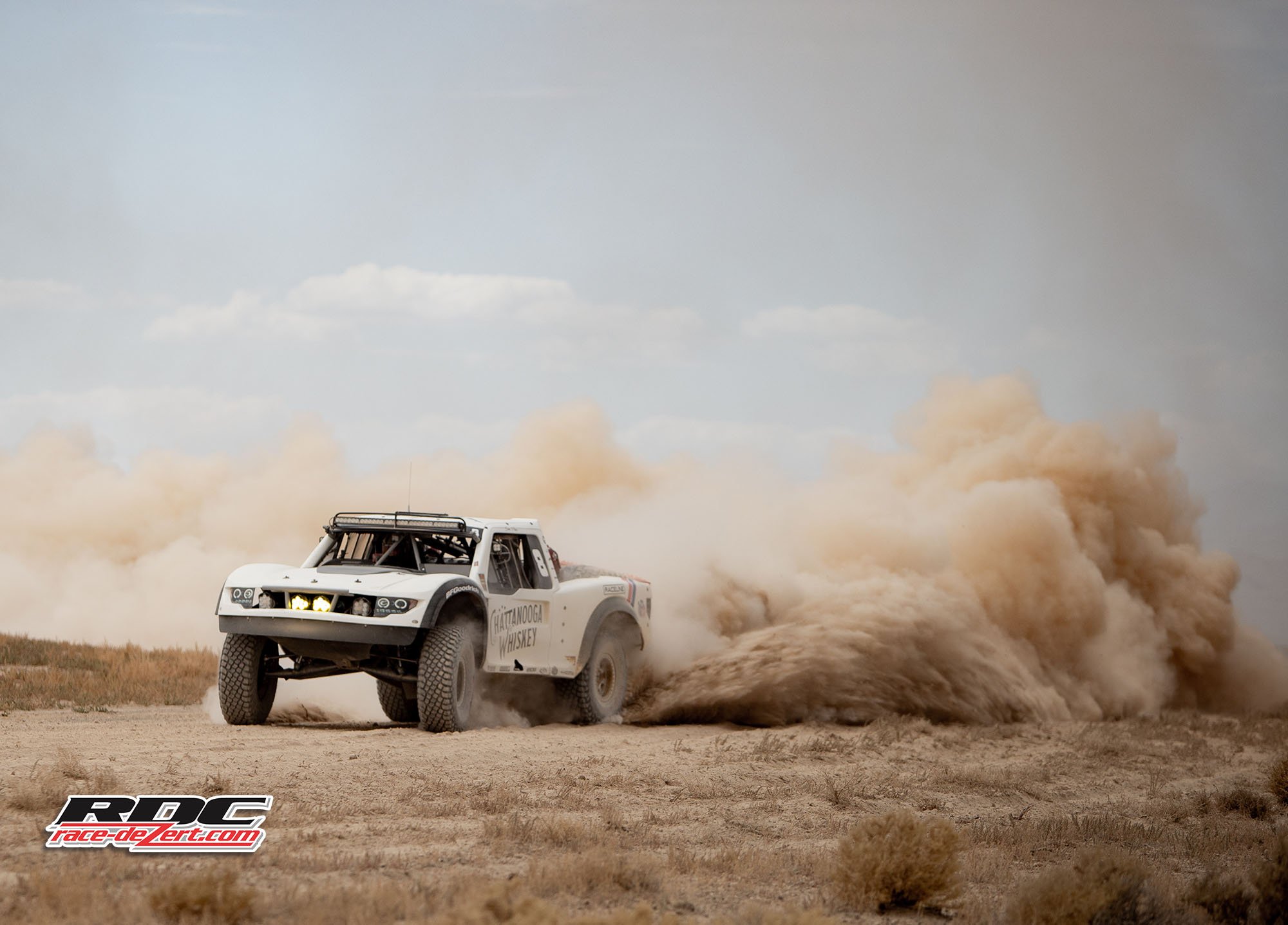 Unfortunately, Price had gotten a flat near the end of the race and the top of the jack handle for the jack had actually flown off, forcing them to lose valuable time in the race. They eventually got the tire changed and got back in the race. With all the time lost Price would finish officially 13th that day, a respectable finish indeed. 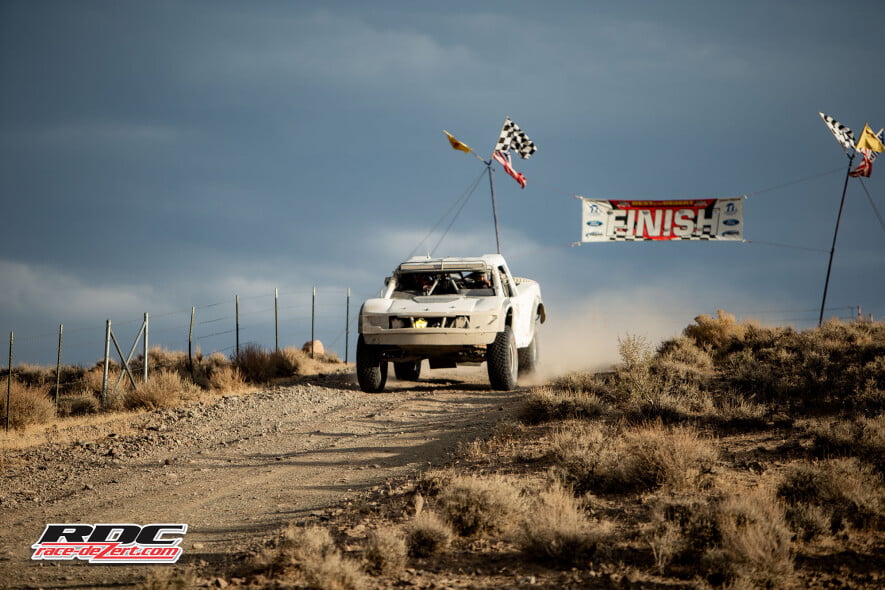 Price is a woman that has broken down many doors in an industry primarily dominated by men, making history of her own and inspiring many to go out and accomplish their goals. Price is fresh into her career and has big plans, which included going to race the new all-electric offroad series, Extreme E, under Chip Ganassi Racing. An environmentally focused series set to race in environmentally impacted areas across the globe. Only time will tell what is next for Price, as time has shown she isn’t one to wait for opportunities to occur; she forges her own path ahead. 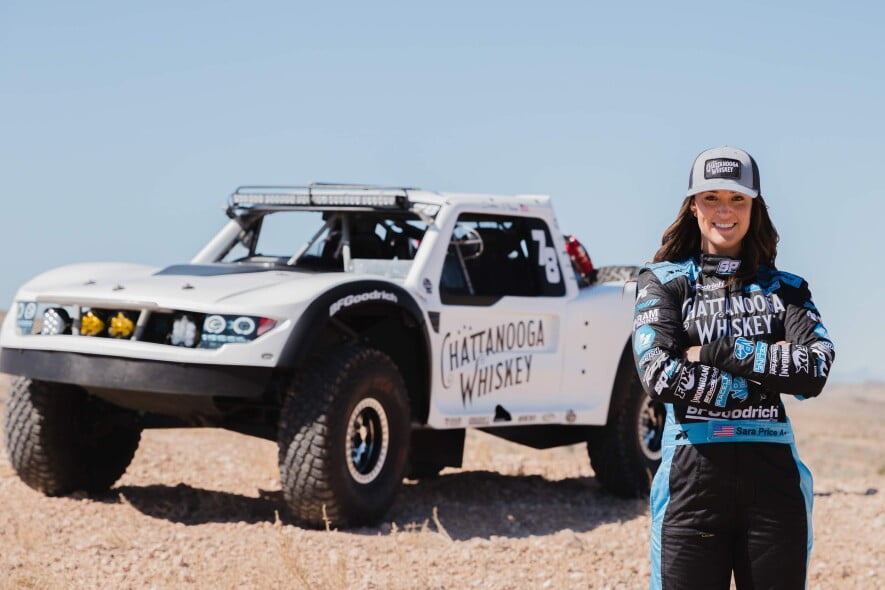