SCORE Season Championship Up For Grabs At Baja 1000 – race-deZert.com

How the odds look for the top five Trophy Truck contenders 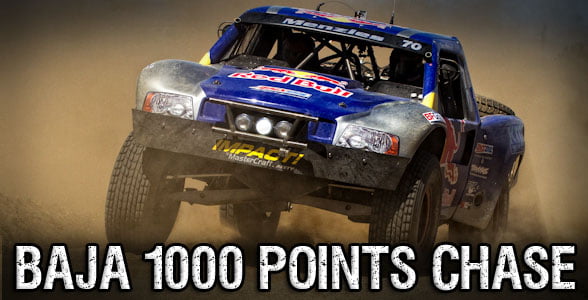 There is more than just bragging rights on the line for the prestigious Tecate SCORE Baja 1000 next week, season championships will be determined as well.  The top five Trophy Truck teams are all within 50 points of each other, but each is employing a different tactic to take the SCORE International championship away from defending champion Jesse Jones.  RDC infiltrated the top teams to uncover their race strategies and share them with you.  No need to wear a wire or disguise yourself as a course worker, we have gotten past the muscle and security to get the inside scoop straight from the racers themselves.

Before we get started though, a brief explanation about SCORE-ing is necessary.  For the Baja 1000, each competitor gets 40 points just for starting the race, and another 70 for finishing.  The loop course this year starting and ending in Ensanada is brutal so expect a low finish rate, even in the premier Trophy Truck class.  Additional points are given out for winning and the bigger the class the more points you get for the win.  32 Trophy Trucks are entered for the mil, so there are a lot of points at stake.  Consider that even if you come in 15th place in a class that large you still get as many points as coming in first in a class of five vehicles.  40 points will be awarded for first place at the Baja 1000 and then beyond that remaining points are doled out on a sliding scale.  With the lecture over let’s get back to our top secret intel. 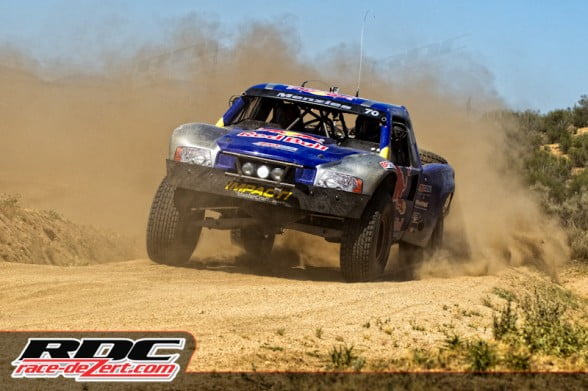 No. 1 Bryce Menzies– Bryce is first in points in his rookie SCORE season with victories in Laughlin and again at the Baja 500, but he still needs a strong finish at the Baja 1000 in order to take home a SCORE season championship to match his current TORC Pro 2WD title.  Menzies only has a slim six point lead over Rob MacCachren and if he doesn’t win he at least needs to beat MacCachren by several positions. Menzies fourth place starting position should help.  Young Bryce is planning to solo the entire 692 miles.  Risky?  Absolutely, but it wouldn’t be racing without a few risks. 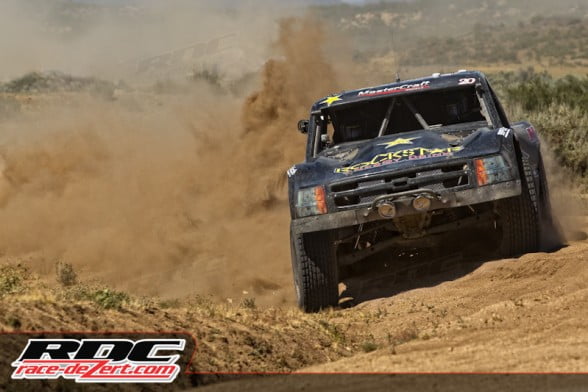 No. 2 Rob MacCachren– Like Menzies, Rob Mac has two wins this season: the San Felipe 250 and then again at the San Felipe Challenge of Champions in his ROCKSTAR Trophy Truck.  MacCachren must have been excited when he saw that the 1000 will use much of the same terrain that he has already won on twice this season.  Rob MacCachren will be sharing driving duties in the JIMCO Trophy Truck.  Should MacCachren take home his sixth Baja 1000 victory, he wins his ninth SCORE season title regardless of how Menzies fares.  Short of winning, Rob needs to beat Bryce by several positions and stay within three or four places of Gary Weyhrich. 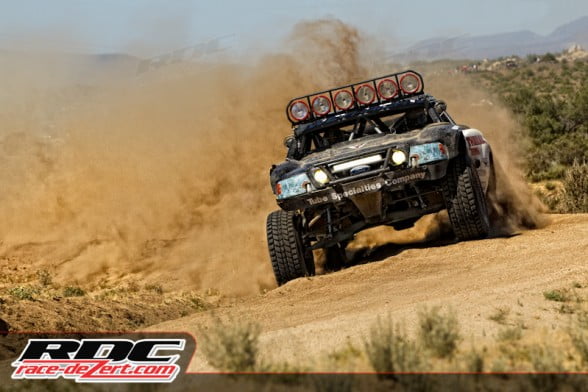 No. 3 Gary Weyhrich– Weyhrich caught our spook wearing a wire in his pit and he was never heard from again, so we don’t have a lot of info on his race strategy. We do know that he has been consistently fast, with top five finishes in the first four SCORE races of the season.  In order to win the championship from his sixth place starting position he will need to not only continue to place in the top five in his TSCO Ford, Gary also needs Menzies and MacCachren to both finish well outside the top ten.  Not likely, but anything can happen at the Baja 1000. 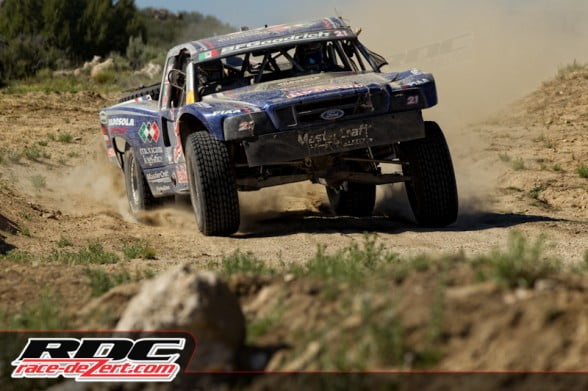 No. 4 Gustavo Vildosola Jr– Tavo and his father Gus are the defending Baja 1000 champs and have a good position starting second off the line in their Red Bull Trophy Truck.  Although the course is dramatically different this year from last they certainly have the potential to repeat.   If they do, the Vildosolas are almost 50 points back of Menzies and Rob Mac so they need the top two contenders to DNF and to beat Weyhrich by several positions at the 1000. 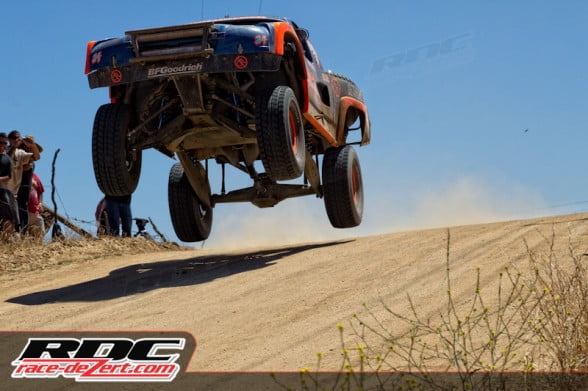 No. 5 Adam Householder– Householder drives the only Chevrolet in the top five but that is not the reason he is longshot of the group.   Householder has the misfortune of starting dead last out of 32 Trophy Trucks and risk getting stuck behind a bottleneck in the first hundred miles, losing control of their own destiny.  Racing fanatics will recall that Adam started 28th at the BITD Silver State 300 earlier this season and still won though.  Adam plans to drive the first 470 miles of the race and then hand his BMS-built truck off to his father Terry for the remainder of the race.  “Dethrone Royalty sponsored us at the Silver State and we won,” Adam joked before the race.  “They are back for the thousand so hopefully they bring us luck and we win again!”

Keep an eye on RDC on race day as we provide live updates and audio feeds from Baja when these competitors and the rest of the 300 drivers leave the line in their quest for glory.