Global Rallycross is finally going global with the first of four international stops in 2013 season opener at the X Games in Foz do Iguacu, Brazil. The field featured an exciting variety of racers from diverse disciplines. One of the coolest things about GRC is that drivers can come out of anywhere to test their skills and see how they stack up against GRC mainstays Tanner Foust, Brian Deegan, Ken Block, Travis Pastrana, and Liam Doran. New to GRC are Former Formula 1 and current NASCAR driver Scott Speed, Formula 1 and NASCAR competitor Nelson Piquet Jr., 24 Hours of Daytona winner Buddy Rice, and NASCAR competitor Steve Arpin. 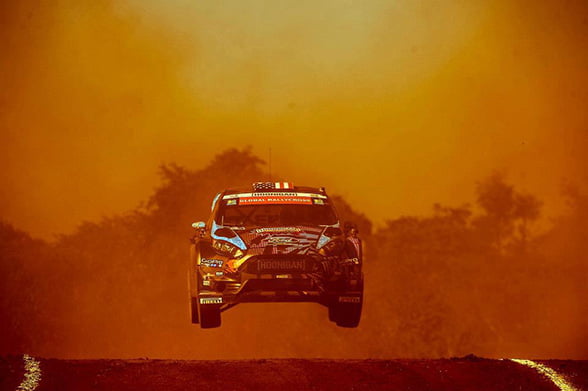 The rallycross track in in Foz do Iguacu was basically sculpted from a cornfield adjacent the majestic Iguassu Falls. The primarily all dirt track was extremely challenging for visibility and traction. The course workers tried to water down the super dusty red clay track, which resulted in creating inconsistencies in the tracks grip. Due to the lack of visibility while following other vehicles start position would prove to be even more critical than usual. 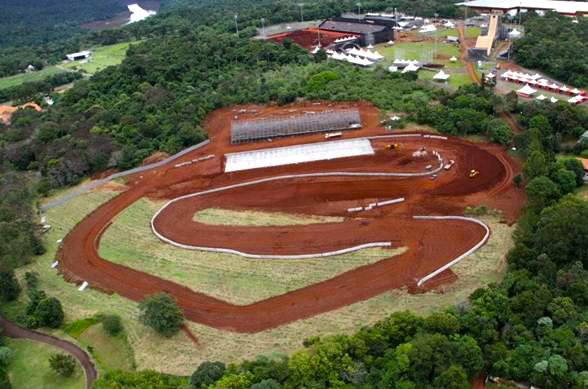 In the heat races the racer who got out front easily coasted away with his competitors left to somehow fend through the massive red dust storm created by the leader and intensified by the rest of the field. European rallycross standout Liam Doran threw down the fastest lap prior to his heat race showing that regardless of the conditions he was here to win. Unfortunately Doran DNF in the LCQ with a mechanical issue causing Bryce Menzies to smash into the back of him off the start. Neither driver made it to the final. 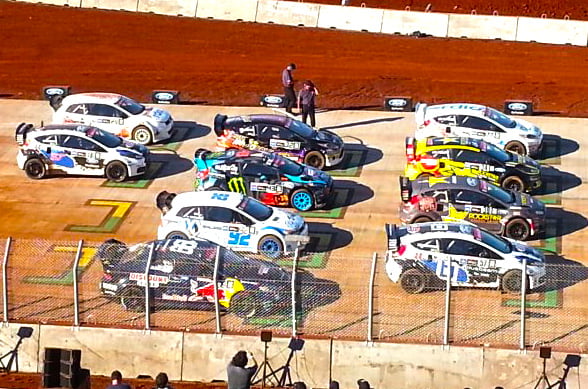 The start of the final was absolute mayhem! The ten-car field launched and Toomas Heikkinen and Scott Speed chose the inside line putting them out front while Pastrana and Block went wide. Foust spins backwards and somehow recovers, the rest of the field was blinded by the massive dust plumes and chaos ensued. After letting the field go for four laps the red flag was waived to stop the race and the cars left running were brought back to asses the carnage.

Foust, Block and Pastrana were not able to continue. The new rules prohibit teams from doing any major mechanical work on the vehicles. Tire changes, fuel and body repair are really all that is allowed.

With only six cars remaining for the restart Deegan launches to front immediately but is overtaken by Toomas Heikkinen for the lead with Scott Speed stayed on his tail. Heikkinen takes his joker lap immediately and maintains his lead. Steve Arpin moves into third with Sandell in forth and Deegan dropping back to fifth. The course is once again enveloped in blinding red dust clearly giving the advantage to the leaders. On lap 5 of 6 Patrick Sandell manages to get around Arpin somewhere in the dust to third. Scott speed strategically saved his joker lap until the last lap where he used it brilliantly to overtake Heikkinenin the final corner to finish first! Speed a new comer to the discipline of rallycross has won X-games Gold!