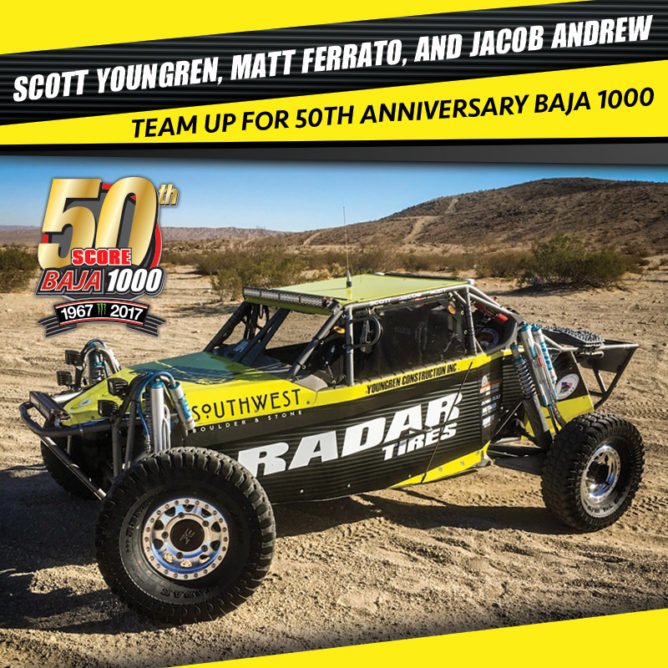 Ensenada, Baja California Mexico
SCORE International’s Class 10 has distinguished itself as one of the most competitive in the desert. If you let up for one second, you are losing time to the competition. In such a grueling and significant race that is the 50th anniversary of the Baja 1000, the margin for error is slim. That’s why many teams collaborate to bring in additional manpower and resources. Scott Youngren, Matt Ferrato, And Jacob Andrew have formed such a collaboration. They have teamed up in Scott’s Radar Tires class 10 car so they can go all out for the win.

Having three drivers, and three crews, is essential when you are racing the entire length of the notorious Baja Peninsula. Each driver has a significant and unique challenge. Jacob will take the car off the line and deliver it to Matt after 400 miles. Jacob’s challenge is to avoid trouble. It’s very easy to let adrenaline get the best of you at the start. With the cars starting at 30 second intervals, the temptation to overtake the car ahead is overwhelming. Another trap that befalls many cars in the early going is bottlenecks. Someone gets stuck or crashes and the course can be blocked. The time lost sitting in line, or getting extracted, can let any drivers who made it through build up an insurmountable lead. 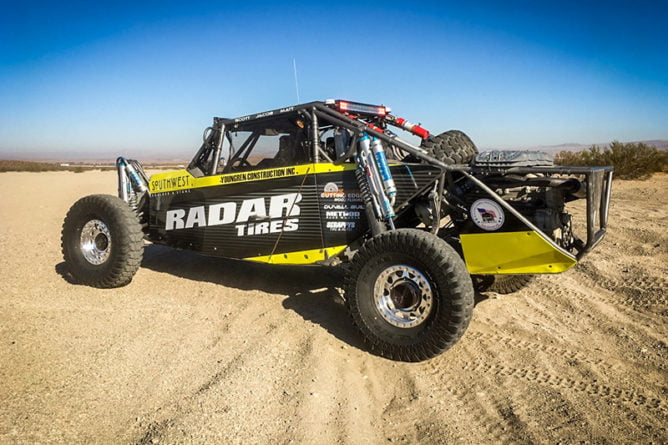 Matt Ferrato will get in the car somewhere around mile 400. He will have the challenge of driving in the dark. “Some just try to get by after dark,” says Matt, “I am very comfortable racing in darkness; I push harder. Being able to pick up the pace at night is definitely an asset to our team. Your eyes and your brain work twice as hard at night. It actually causes your body to consume more oxygen; that’s why people get tired. I will also be doing most of my prerunning after dark. You won’t see the same things at night that you do during the day so it makes more sense. You also have to be prepared for the dust. I have some tricks to deal with the dust at night.” 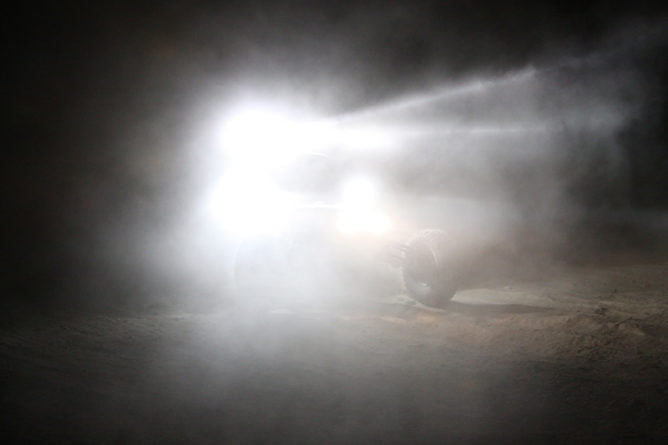 Scott will have the glory of taking the checkered flag, but will also have a huge challenge and a lot of responsibility. The car he gets from Matt might be strong and capable, or it could have some wear and tear after 800 miles of Baja. Since it’s his car, he knows better than anyone how much abuse it can take. They have put a lot of effort into prepping the car for the race. It was stripped down to the bare frame and every part was inspected as it went back together. It has a fresh motor, and new wiring. They also have an advantage when it comes to traction, braking, and steering control thanks to their Radar Tires. Matt won the Baja 500 this year on same set of Radar Tires he started with. The collaborative team of Scott Youngren, Matt Ferrato, and Jacob Andrew is hoping to take that momentum to another win at the 50th anniversary Baja 1000.